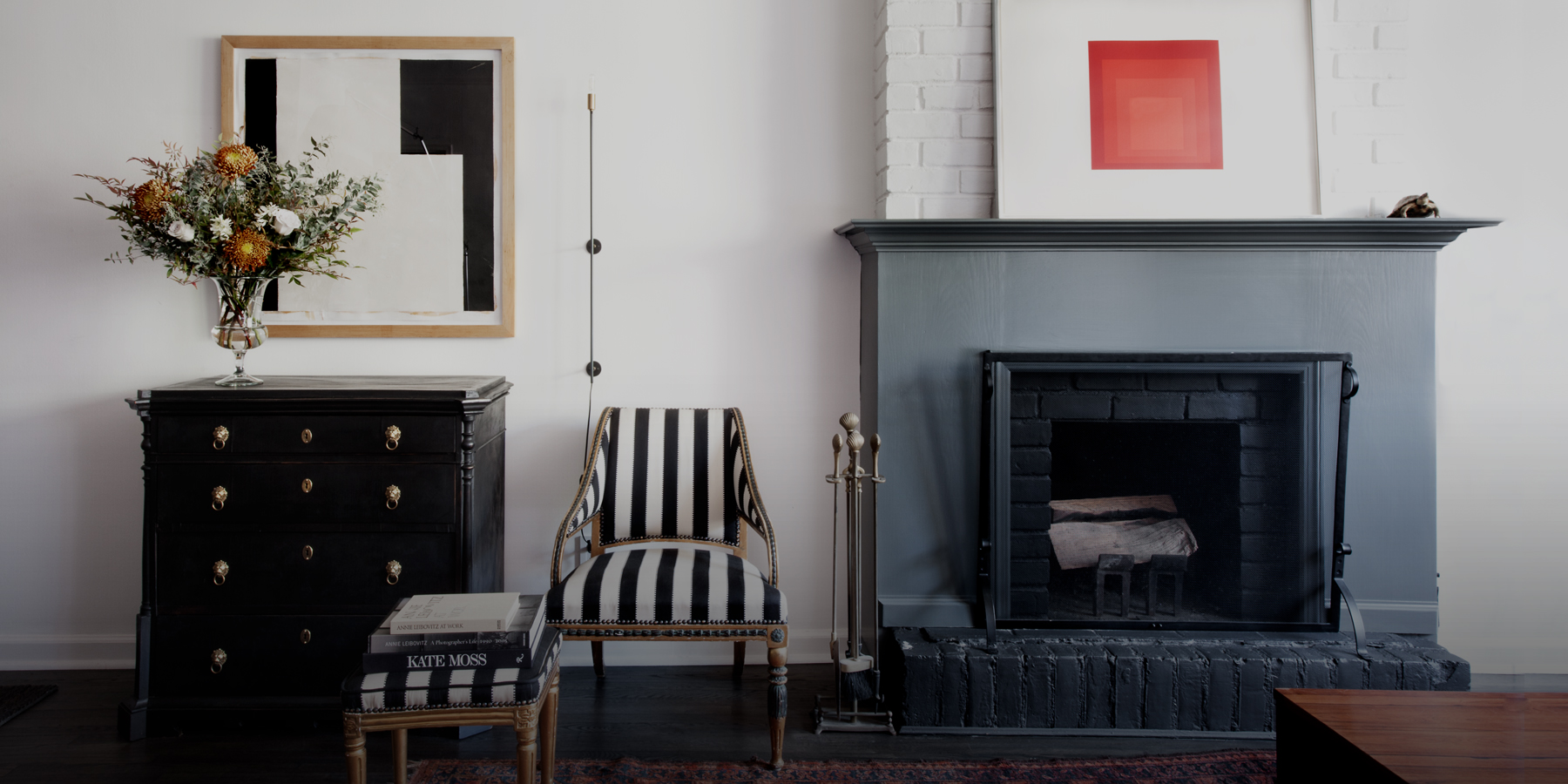 Like many in her generation, the thirtysomething Swedish furniture specialist has a knack for mixing the Old World (Baroque cabinets) with the New (fiberglass Eames chairs) when it comes to the interiors she designs for herself and for clients. 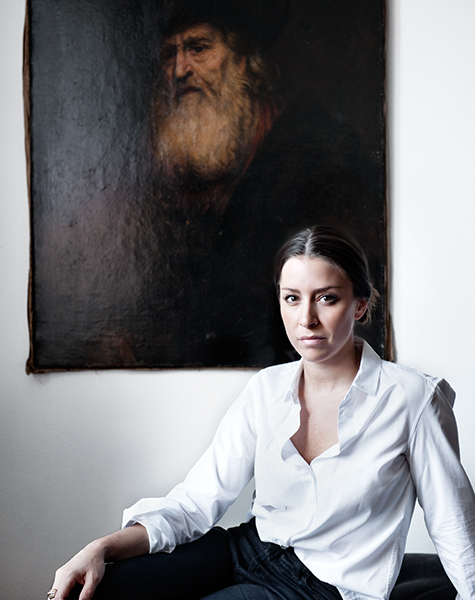 Swedish furniture dealer Liza Laserow has a flair for combining antiques with modern finds in her interiors. Her youthful sensibility has won her several creative opportunities. Top: In the living room of her Chelsea, New York, apartment, a Josef Albers screen print provides a counterpoint to an Ephraim Stahl armchair.

Liza Laserow tried to carve out her own career path, but a passion for antiques derailed her plans. The daughter of Karin Laserow, one of Sweden’s leading dealers, she initially turned away from the family business to study law in college. “It sounds so superficial, but one of my mom’s lawyer friends in the 1990s was always dressed so well and looked so cool,” she remembers. “Every time she came to our house for dinner, I said, ‘I’m going to be like Elizabeth.’ ”

Turns out she was more interested in Elizabeth’s style than her profession. Laserow moved to New York in 2006 and joined a law firm only to find herself uninspired by the legal world. She soon landed a job in finance and ended up with a month off before she was due to start at the new company. “That’s what I call my lucky month,” says Laserow, who is 34. To pass the time, she began helping out in the New York office of her mother’s Laserow Antiques & Interior Design firm found the work infinitely more fulfilling.

“I realized that this is what I know best,” she recalls. “I did my first antiques show when I was two years old and restored furniture every single school break. It’s what I grew up with, being dragged around to every important museum, antique show and estate sale.” Before long, she had become a full partner in what is now a mother-and-daughter operation, running its Manhattan office while her mother remains in Vollsjö, Sweden, home to the flagship gallery. At the same time, Laserow started taking on select interior design commissions, including relaxed country houses in rural Sweden, a sophisticated Manhattan brownstone and the chic Artisan Restaurant in Southport, Connecticut. 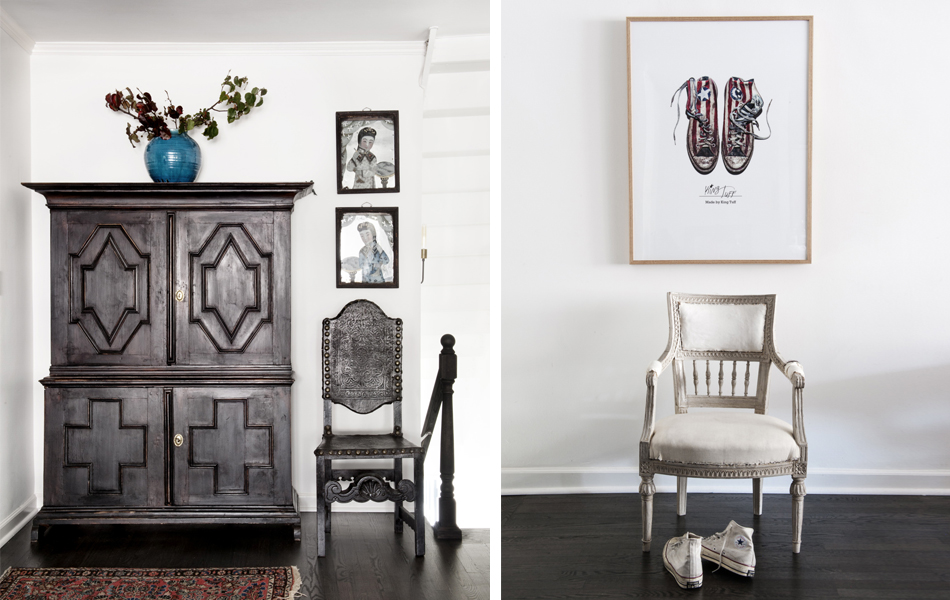 “I am a true believer in using antiques for your everyday needs,” Laserow says of the ink-black Baroque cabinet she purchased for her Chelsea, New York, apartment. “In this cabinet, we keep our glassware and ugly stuff that is an eyesore.” The circa-1500 turquoise urn is from Persia. Right: In the living room, a painted chair from Sweden’s Gustavian period gives contrasting energy to a framed ad that Laserow’s husband, a creative director at Anomaly, did for Converse. 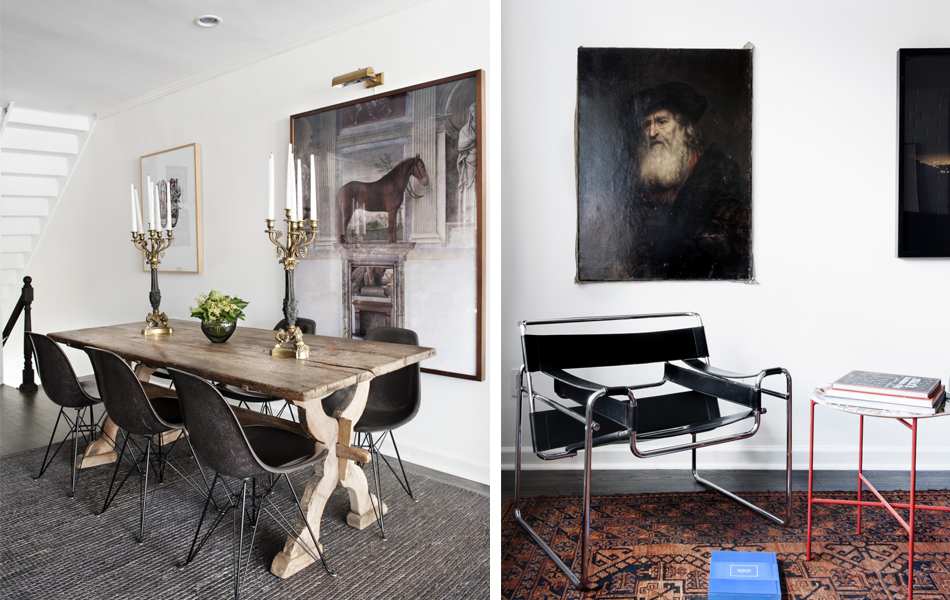 Left: In the dining room, charcoal Eames chairs blend with the dark rug, giving her beloved candelabras center stage. The painting is by Ake E:son Lindman. Right: “Let the contrasts meet, and the objects will speak for themselves,” Laserow says of her mixing philosophy. “My parents gave us the Wassily chair as an engagement gift, and the Rembrandt copy I got from a flea market,” she adds. “The Svenskt Tenn tray table we got in Stockholm two Christmases ago.” 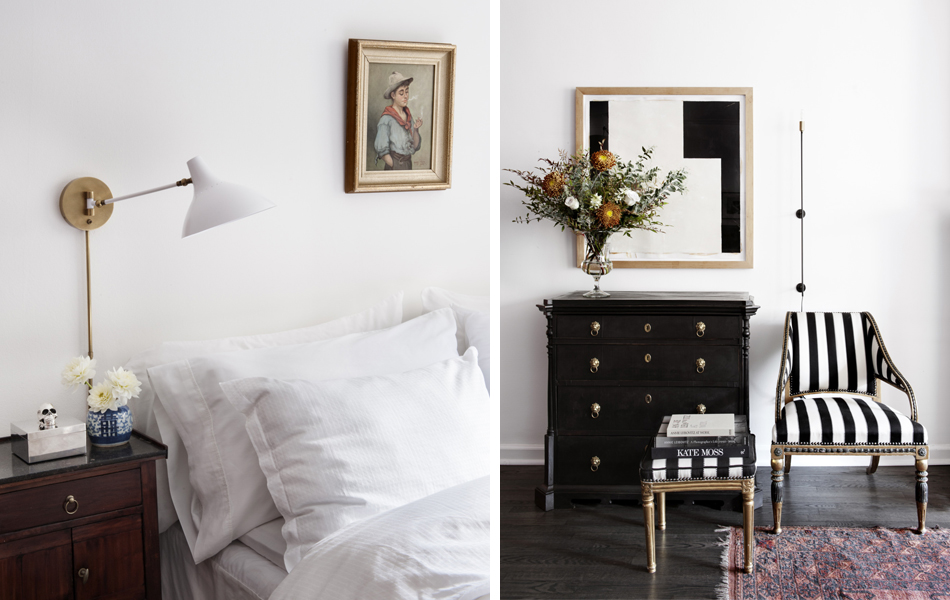 Left: A bronze-and-white sconce shows Laserow coolly embracing her native country’s contemporary design. Of the painting above her bed, she says, “The little boy smoking is weird and creepy in so many ways.” Right: “Another great place to hide ugly things is this chest,” Laserow says, referring to a classic piece from Sweden’s Karl Johan period. The Ephraim Stahl chair and stool were upholstered in striped Pierre Frey fabric. The work by Peter Hahne brings a minimalist touch to the configuration. 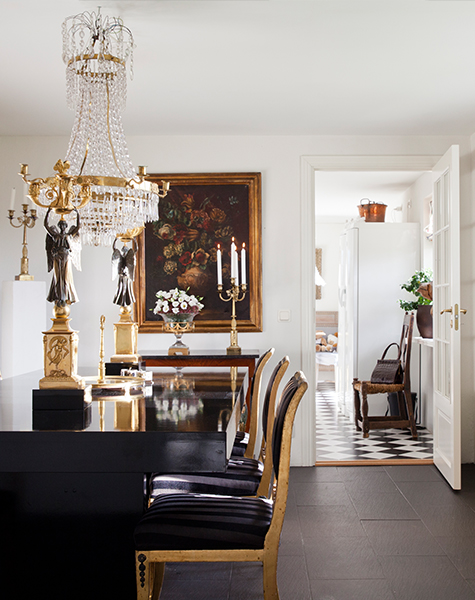 Laserow is clearly inspired by her mother, Karin, who favors an antique but streamlined aesthetic, as seen in her dining room here. “The candelabras on the table are the most beautiful I’ve seen,” Laserow says. “They’re from the Empire period and have that perfect gilt-bronze surface with a mix of matte and shiny.” The elegant chandelier dates to the Gustavian period. Photo courtesy of Liza Laserow

Although Laserow is inspired by her mother’s sensibility, expressed in an unfussy, well-edited selection of Swedish antiques, she hasn’t hesitated to bring her own youthful eye to bear, evidenced in a more eclectic mix of periods and styles. “I think interior design is like playing golf: You’re never good enough, and there’s always something new to learn,” she says. “Creativity is endless.”

This open-minded approach is most apparent in her own home, a duplex in New York’s Chelsea neighborhood, which she renovated with her creative director husband, Fabian Berglund, last year. “I believe in mixing, and our home reflects that,” she says. “It has everything, from a seventeenth-century Baroque cabinet to finds from the 1960s,” along with several contemporary pieces.

While some young homeowners might find fine antiques intimidating or worry that items from different periods will clash, Laserow is a firm proponent of buying what you love, investing in a few special pieces. “I believe in spending money on pieces that will not go out of style,” she says, citing the Baroque-era cabinet. “You can never say that cabinet is out of style, because it was only in style several hundred years ago.”

That doesn’t mean she treats such pieces as dusty museum artifacts. “Use the antiques — that’s something I learned growing up,” she says. “Don’t keep them on a pedestal.” For instance, one of her favorite pieces is an 18th-century Swedish trestle dining table. “This poor thing has been through many, many dinner parties, because I love to cook and entertain, but all the parts are original,” she says.“The more it wears, the more beautiful it gets, and it will probably outlive us both.”

“I think interior design is like playing golf: You’re never good enough, and there’s always something new to learn.” 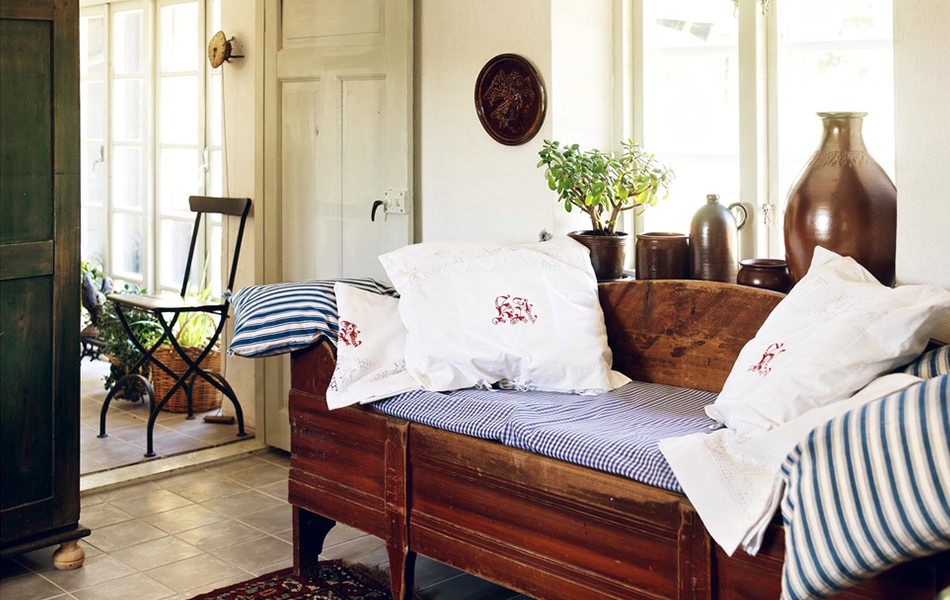 A cozy cottage in the southern Swedish countryside got the Laserow treatment, with a gently aged wooden sofa made in Sweden during the 18th century and embroidered pillowcases. Photos in this slide show courtesy of Liza Laserow 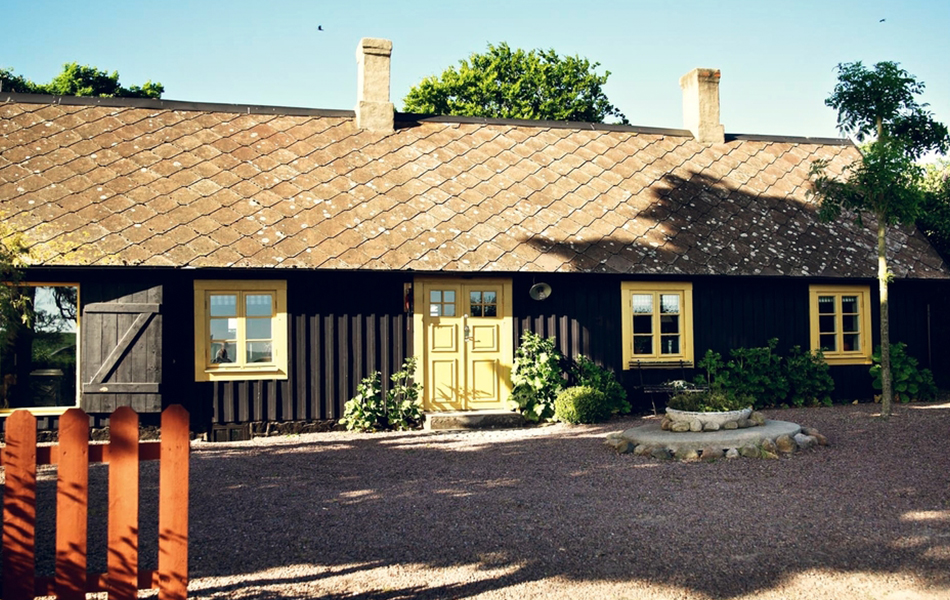 Laserow had the cottage’s wood-paneled facade painted a “matte soft black,” she says, to contrast with its “hay yellow” window frames. Both were painted according to 19th-century Swedish tradition. 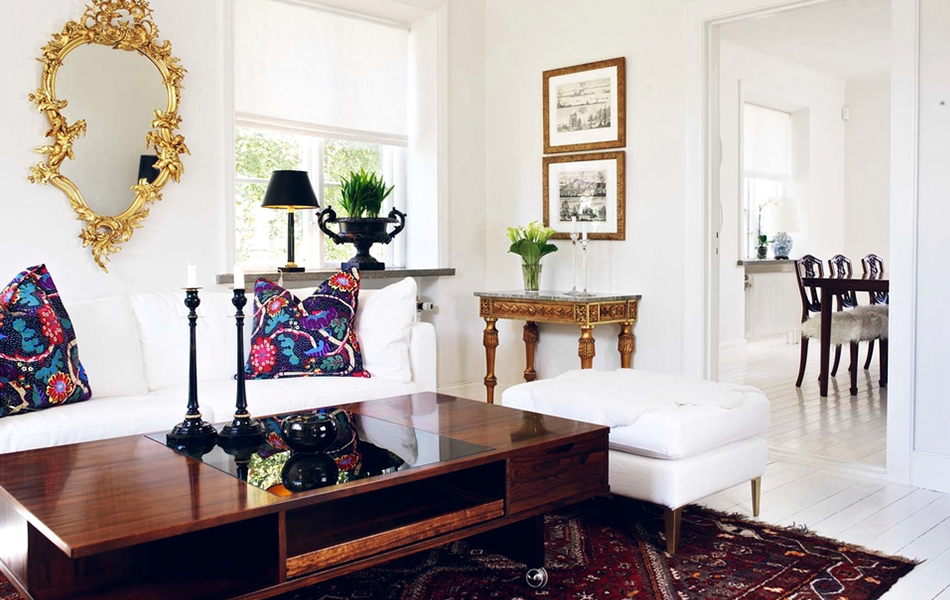 Built in 1936, this Swedish summer house serves as a retreat for a young professional working abroad. To enhance the calming vibe, Laserow chose all-white interiors, sumptuous textiles in jewel tones and gilded antiques. 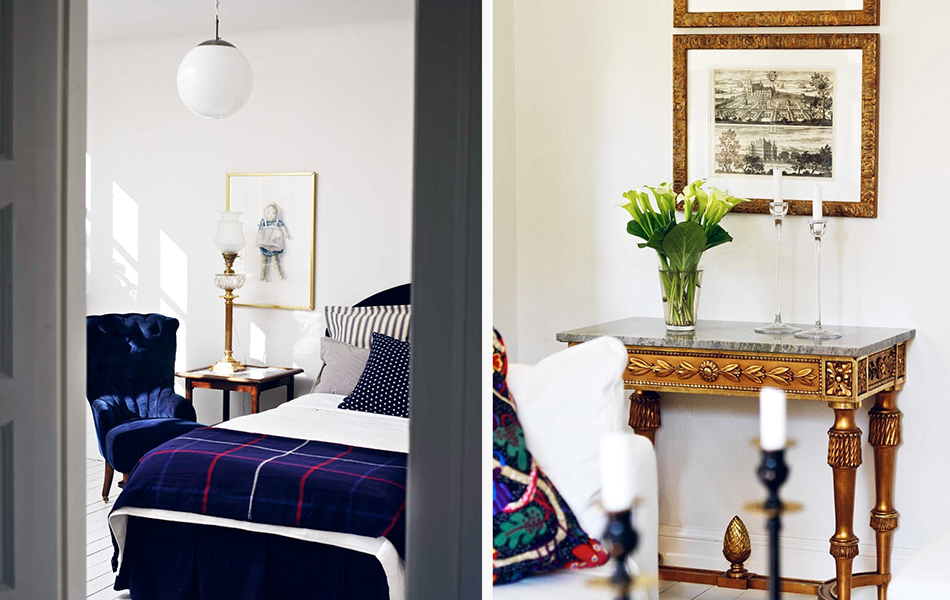 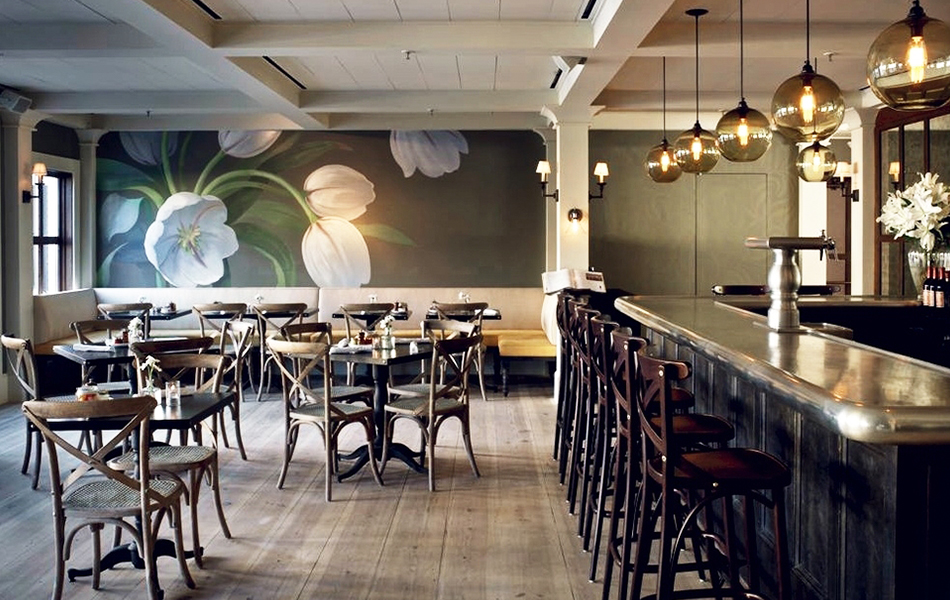 For the Tavern dining room at the Artisan Restaurant in Southport, Connecticut, Laserow played up the notion of craftsmanship by pairing rustic seats with copper string lighting fixtures and a pewter-top bar. The wide floorboards are made of lime-washed pinewood; the checkered cotton fabric for the banquettes was brought from Sweden. 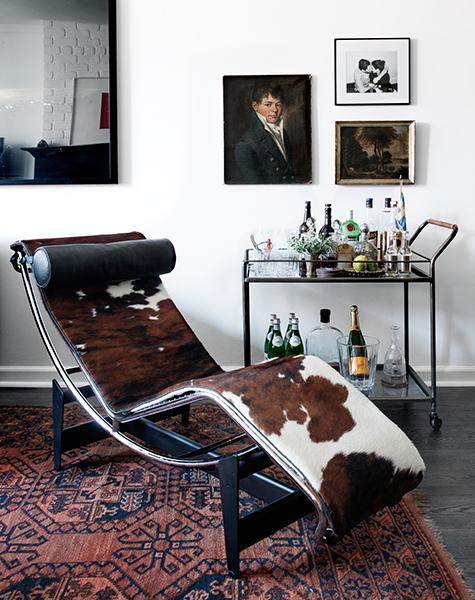 Laserow is “deeply in love” with this cowhide-covered LC chaise longue by Le Corbusier. “I love everything by him,” she says. “The French just know how to do it.”

Molded fiberglass Eames chairs set around the table are something of a surprise, especially considering that the tabletop holds two tall gilt French Empire candelabra. But the effect is invigorating rather than off-putting. “I just think they’re cool,” Laserow says of the chairs, “with a good, nice shape.” As for the candlelight, that’s an essential. “We always had lit candelabras in the house when I was a kid,” she says. “My mom and dad have a pair that are exquisite. I told them that if the house catches fire, after saving every living thing, grab those candelabras!”

The living room contains a similarly punchy mix of old and new. A blue-chip gilt armchair by Ephraim Stahl, one of the foremost furniture makers from Sweden’s Gustavian period, is flanked by two 20th-century artworks: a Josef Albers Homage to the Square screen print and a black-and-white painting by Swedish artist Peter Hahne that Laserow selected for its boldly graphic appeal.

The biggest contrast, however, is at the top of the stairs, where an antique Gustavian chair is positioned beneath a framed poster for a recent Converse ad campaign. Depicting a pair of battered high-tops belonging to the indie rocker King Tuff, it provides ample evidence that Laserow doesn’t feel the least bit restricted by her undying affection for antiques.

“I believe in putting together interior design with pieces you love. It doesn’t need to be all one period or based on a theme or color story,” she says. “I think that’s why someone like Jacques Grange is so big. There are no rules — he mixes everything. When a room is too well coordinated, it just feels plastic to me.” 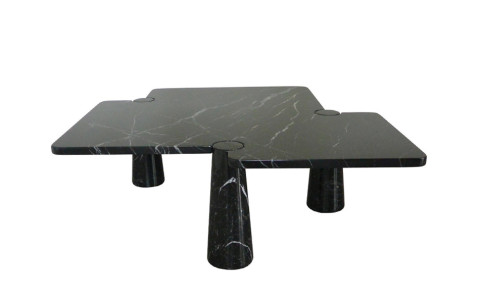 “This Angelo Mangiarotti coffee table is beautiful and practical. The marble makes it durable, and the shape is to die for.” 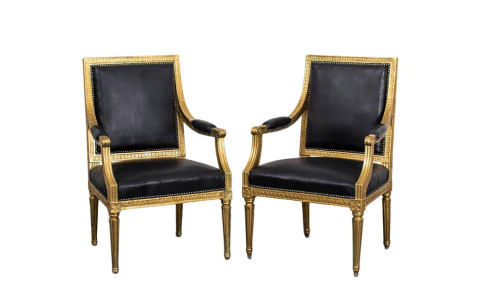 “Furniture of this quality makes me proud to be Swedish! The pair of armchairs were likely made for the wealthy during Sweden’s Gustavian period.” 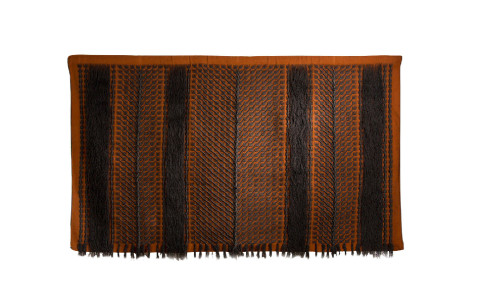 “This vintage African weave would make an incredible backdrop for either a dining table — with candelabras — or a sofa.” 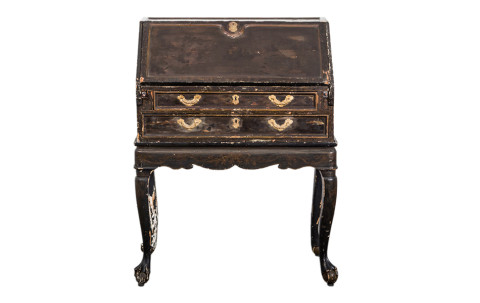 “I’m in a chinoiserie phase at the moment. This subtle pattern would bring life to an interior without taking it over. This little secretary made during the Rococo period, when Chinese style was in fashion in Sweden, could be used as an extra desk or as a bar table.” 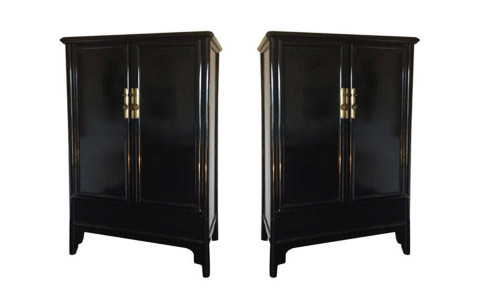 “A pair of Chinese cabinets made in the late 18th Century, perfect for hiding your eyesores in!” 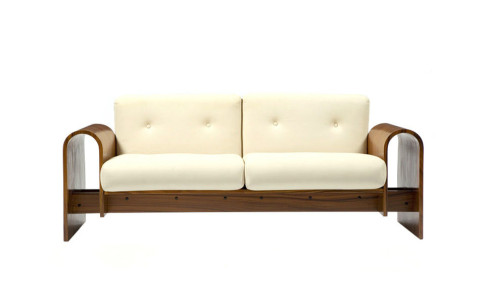 “This might not be the most comfortable sofa, but I’d pair it with a super cozy chair to sit in while gazing at this stunner.” 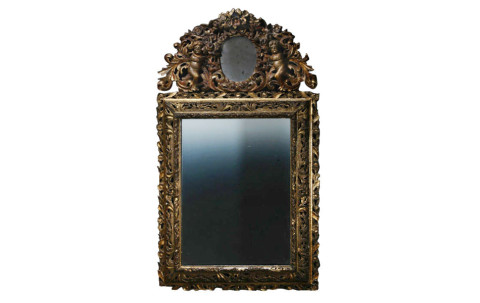 “A true work of art, this wall mirror was made in Sweden by Buchardt Precht during the Baroque era. The gilding is original and has an incredible patina.” 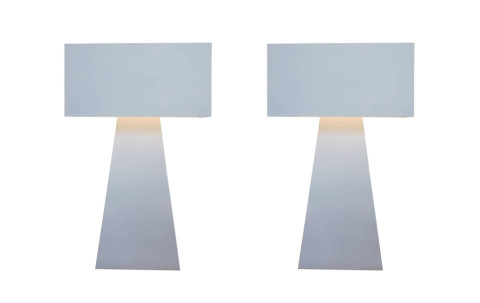 “Contemporary lighting is the best way to give antiques a fresh contrast. These square lamps are everything!”