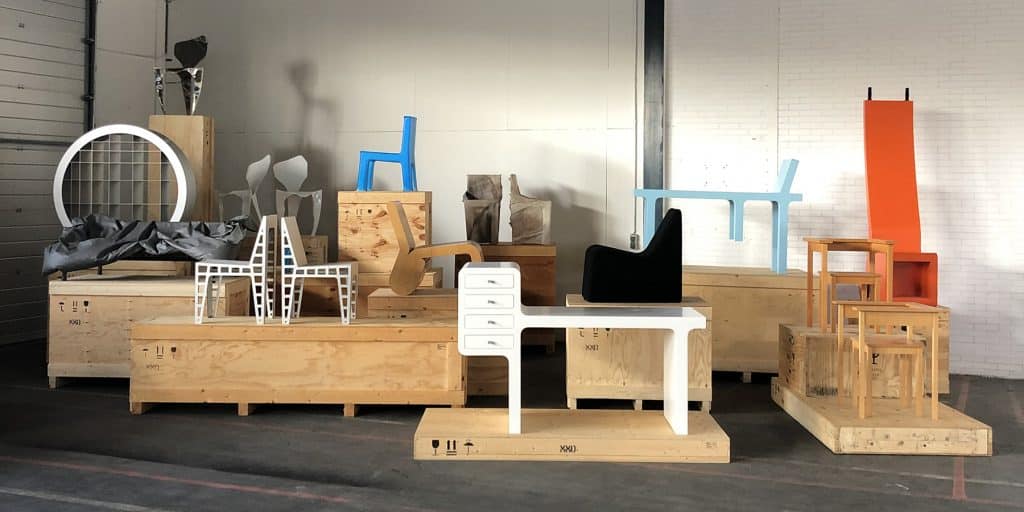 In Holland, Etienne Feijns's gallery, Mass Modern Design, hosts a covetable array of works by such names as Gerrit and Wim Rietveld, Friso Kramer and more.

June 7, 2020Growing up in the southern Dutch town of Roosendaal, Etienne Feijns started at about age seven accompanying his father to flea markets in the Zeeland coastal region and just across the border in Belgium. While his father scoured the stalls for Art Deco glass and furniture and vinyl picture discs — records printed with photographs or artistic designs — to add to his personal collections, Feijns went in search of antique toys.

“I’d go with my flashlight, because it was still dark when people were setting up, otherwise you couldn’t see anything,” he says. “I loved it. We’d even talk about it the day before, building up excitement for what we’d find. On those mornings, I was already awake before the alarm even went off.”

Sometimes, they would pick out the best finds and resell them at a markup. “We sold them in the afternoon to the lazy people who didn’t want to get up so early,” he says, with a laugh. “I was practically born dealing in old pieces.”

As he grew older, Feijns bought a lot of other interesting items on instinct, like old vases, glassware and lamps. He recalls admiring a glass paperweight with a blue bubble on the inside and buying it for 50 cents. The piece turned out to be from Venini’s Inciso collection, made in the 1950s and worth approximately 1,000 times what he’d paid for it. (He’s never sold it.)

It wasn’t long before he decided to go into the business. After high school, in 2008, he established his first gallery, MidMod-Design, in a small warehouse on the side of a highway not far from his home in Roosendaal.

His business grew quickly, and exponentially, requiring ever larger warehouse spaces. In 2011, he launched a second company, Mass Modern Design, with his friend Martin Aanraad (Aanraad left in 2018). Two years later, he moved into his current 54,000-square-foot beautifully uncluttered space in Roosendaal, which is also a showcase for hundreds of museum-quality pieces of mid-century modern design.

Feijns’s customers include collectors all over the world, as well as London’s Design Museum, Rotterdam’s Museum Boijmans van Beuningen and the Stedelijk Museum Amsterdam.

As he gave 1stdibs a tour of his vast warehouse, he discussed his work and some of his favorite pieces.

Do you still largely specialize in Dutch mid-century modern design?

It’s one of our strong categories, and we have a lot of important Dutch pieces. It’s still a bit less popular than Scandinavian design, but it’s definitely not less nice. I have collected Gerrit Rietveld work myself for at least ten years, so I have a lot on show as well. He didn’t make that many pieces, and each one is a collector’s item.

Almost every designer in Holland looked at his work, and everything in the fifties and sixties is inspired by him. It was the beginning of a completely new period of design, and everyone followed that. Hardly anyone did anything else, because it was such a revolution in style.

A lot of Rietveld knockoffs are now on the market. How can people recognize the real deal?

The chances that you will find his work at a flea market are one in a million. Everyone who sold me one of his pieces, they knew exactly where it came from. The people who bought his furniture really appreciated it and treated it with extreme care. He wanted to mass-produce his work, but it was not possible at that time.

There were only a handful of people who really believed in his work in the nineteen forties, and it was only in the fifties and sixties that he started to sell more. Ninety-nine percent is fake, but finding out exactly where a piece comes from is really important, so you can more easily trace it back to its origins.

Who are the other key Dutch designers in your collection?

Friso Kramer is a designer I’m always looking for. His chairs were made as industrial office furniture, with very minimalist design and clean lines — extremely practical and sturdy. They were mass-produced, and a lot of them were really used and so are not in good condition anymore. I don’t buy them when they’re not in good shape. But I’ve sold good ones to a lot of different clients with a lot of different interior styles, and they fit everywhere. Other Dutch designers I’m selling include Rietveld’s son Wim Rietveld and the architect and designer Dom Hans van der Laan and his student Jan de Jong, followers of the Bossche School, a traditionalist design movement in the Netherlands that made heavy, brutalist church furniture, which has become increasingly popular in recent years because of its minimalist solidity and clean lines.

What are people looking for now that they weren’t a few years ago?

In the past two years, there’s been a lot of demand for marble tables, stone pieces and dry rattan — for example, this Italian black marble table by Angelo Mangiarotti, which he made for Skipper in 1971. It’s a bit of a heavier, more brutal style than you usually see from him. I think interior design now is moving toward marble interiors, marble tables, marble bathrooms. It’s a fashion thing. I go to Italy a few times a year to find pieces there, too.

What do you look for in the works you select?

I’m a minimalist at heart. For me, it’s really about the feeling I have with a piece, and that’s very personal. It can be the shape of something, the patina, the condition, the color, the type of wood. I have to feel something from it first. Later, I’ll find out who it’s by or what it’s worth.

Etienne Feijns shares his thoughts on a few choice pieces 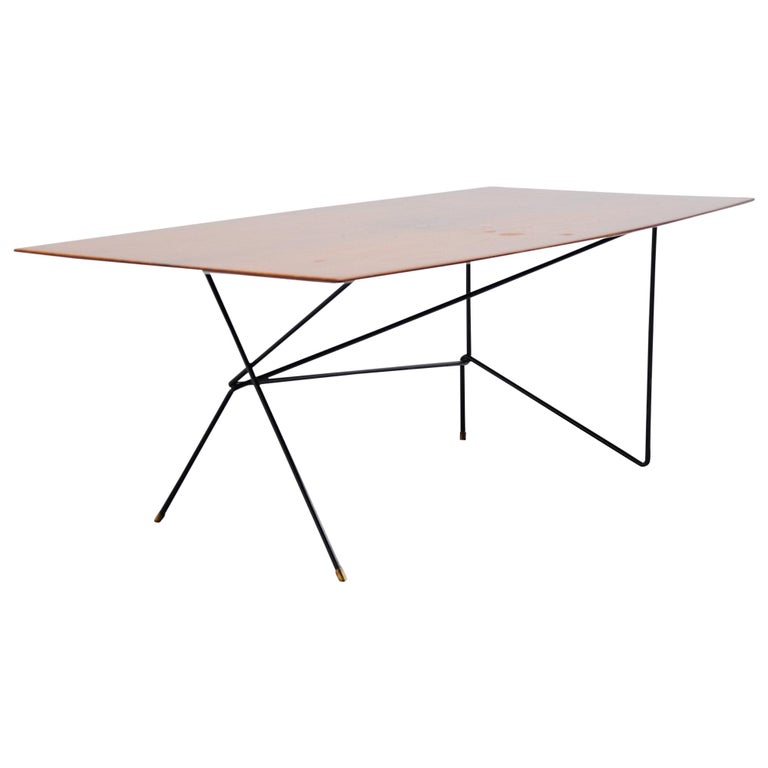 “I prefer to buy the unknown, special and obscure pieces. This is definitely one of them. When I saw this piece —  a unique item made by an artist, Daniele Calabi, for his own residence — I had to have it. I love it because it’s not symmetrical and therefore really stubborn in shape.” 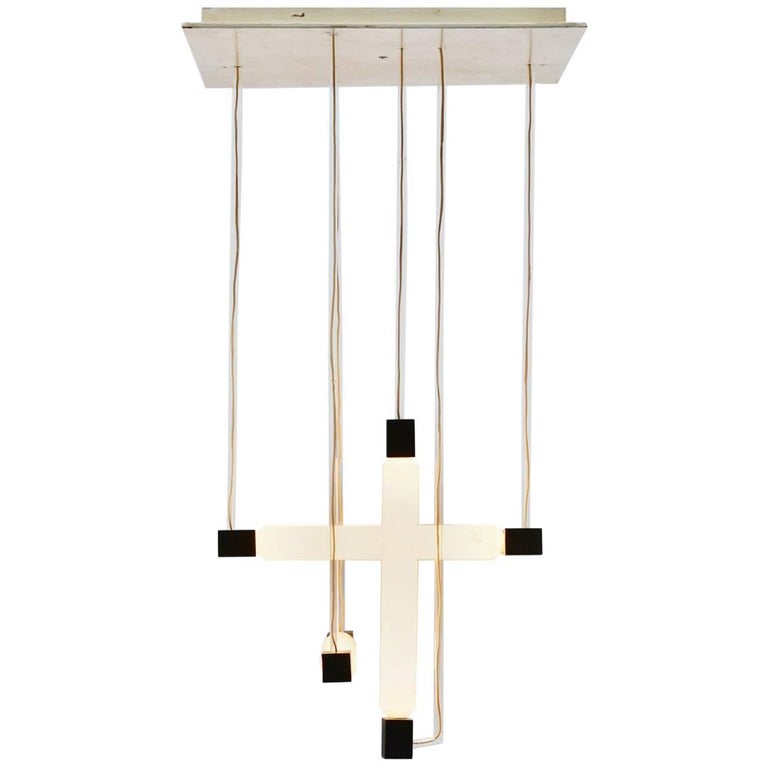 “After doing research about this lamp, we figured out what a fantastic and unique provenance it had: given as a wedding gift to Arie de Graaf, a draftsman who worked in Gerrit Rietveld’s studio. It had already traveled the world and was in some of the most important exhibitions of its era. The lamp is in fantastic original condition, complete with the custom-made crate to ship the super-fragile glass tubes.” 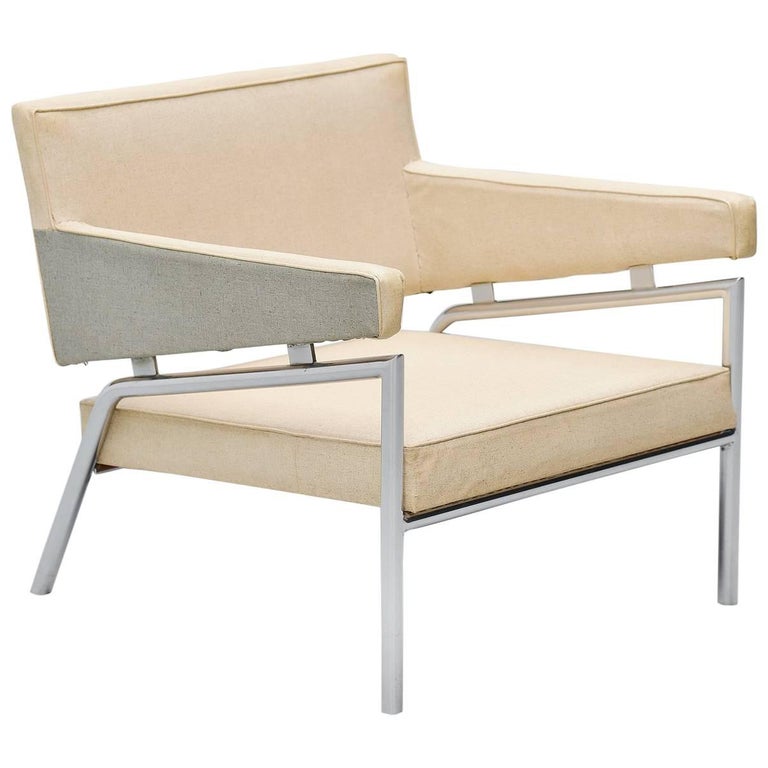 “This easy chair — designed for the interior of the Savings Bank of Rotterdam in 1960 — had somehow skipped the reupholstery process and still has the original first upholstery, in two-tone vinyl. This is how the chair was actually made. There are a few of these chairs in museums in the Netherlands but not with the original upholstery. This is the only known example that still exists and, for me, also the nicest one proportion-wise, as there were several different models of armchairs and conference chairs designed for the bank.” 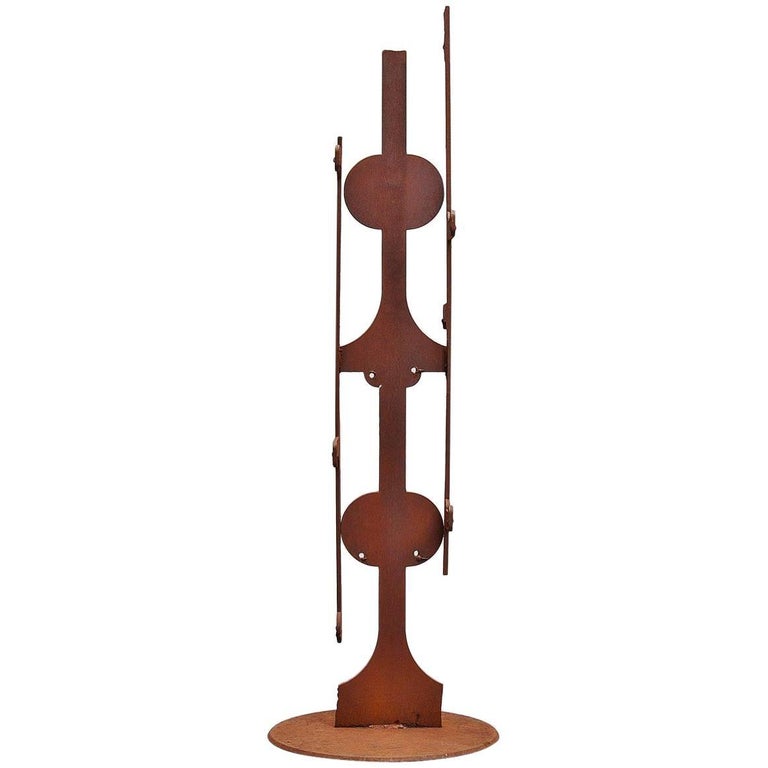 “We acquired this sculpture together with a lot of other sculptures from the Niermeijer family some years ago. Most of his sculptures were made for outdoor use but can also be used indoors. Niermeijer was an energetic man and an avid traveler. He participated in various artist training programs in Amsterdam, Antwerp and Warsaw and traveled through North Africa, Iceland, the United States and the Middle and Far East. In particular, influences of the Far East are visible in Niermeijer’s work. He is also called the ‘Iron Poet,’ and not for no reason.” 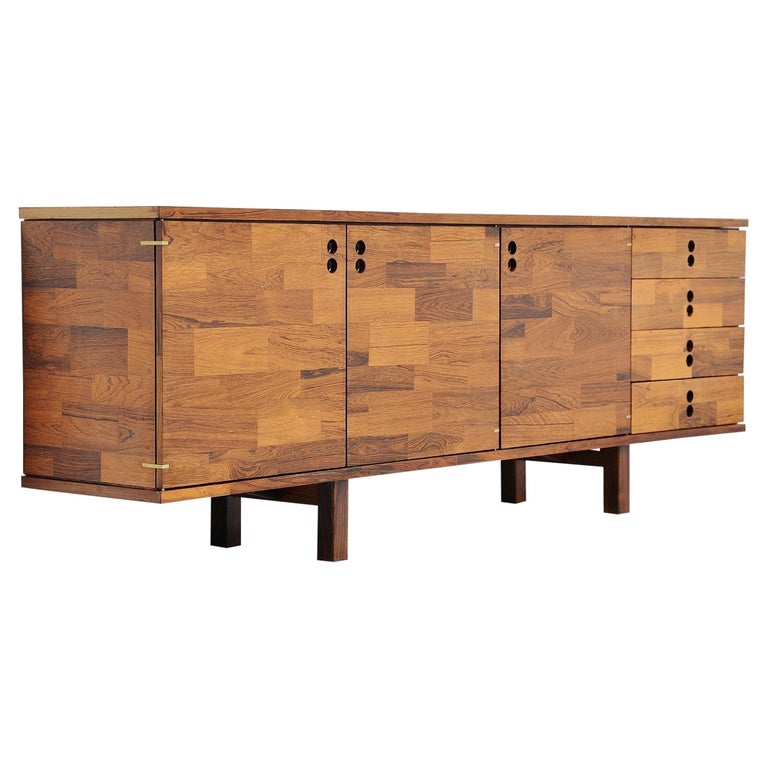 “Jorge Zalszupin was one of the most important South American designers of his era, for sure. I love the patchwork veneer. Nobody else used this technique, and it gives the piece such a special and unique look. This credenza, which is still in its fantastic original condition, is one of the finest examples of that technique, as you can enjoy it from every side.” 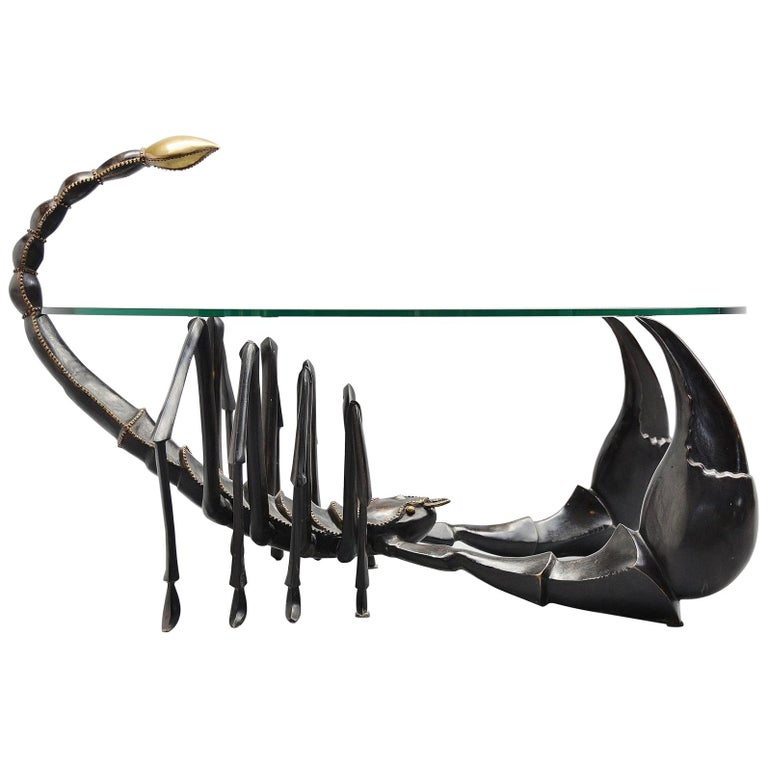 “These aren’t necessarily my style, since I’m more of a minimalist, but you can’t deny how interesting they are as design pieces. We currently have two of them, and they go nicely together as side tables, also.” 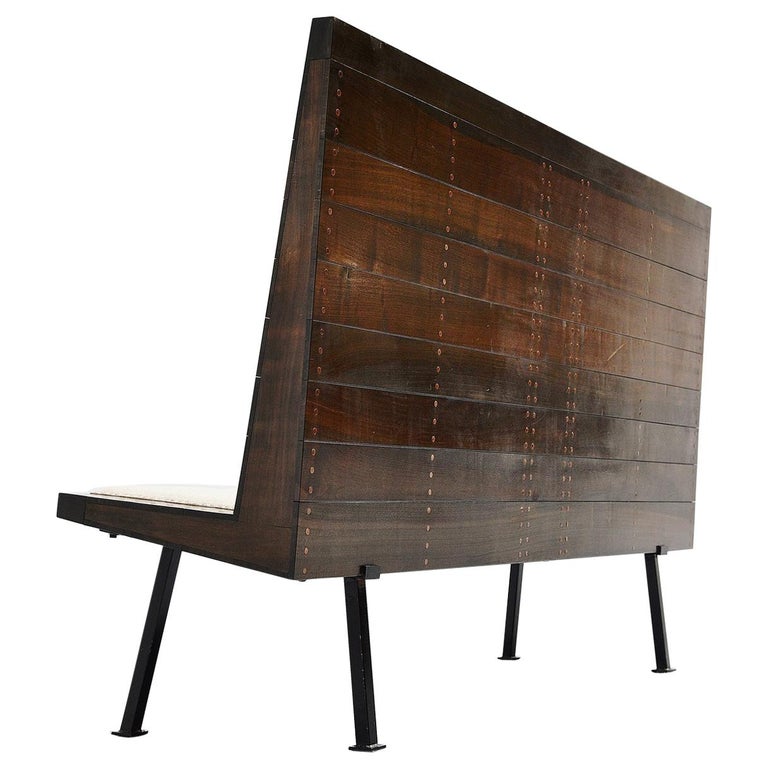 “I started buying Dom Hans van der Laan pieces about twelve years ago, when everybody was still seeing it as church furniture. It is that, but there is much more to it. Van der Laan actually invented a way of mathematically designing a piece of furniture. Of course, when you see a church full of these pieces, they can seem really dark and heavy. But take a single piece into a super-clean home, and you will see what happens. His work is still fairly unknown and underappreciated. I think the craze around this design has only just begun.” 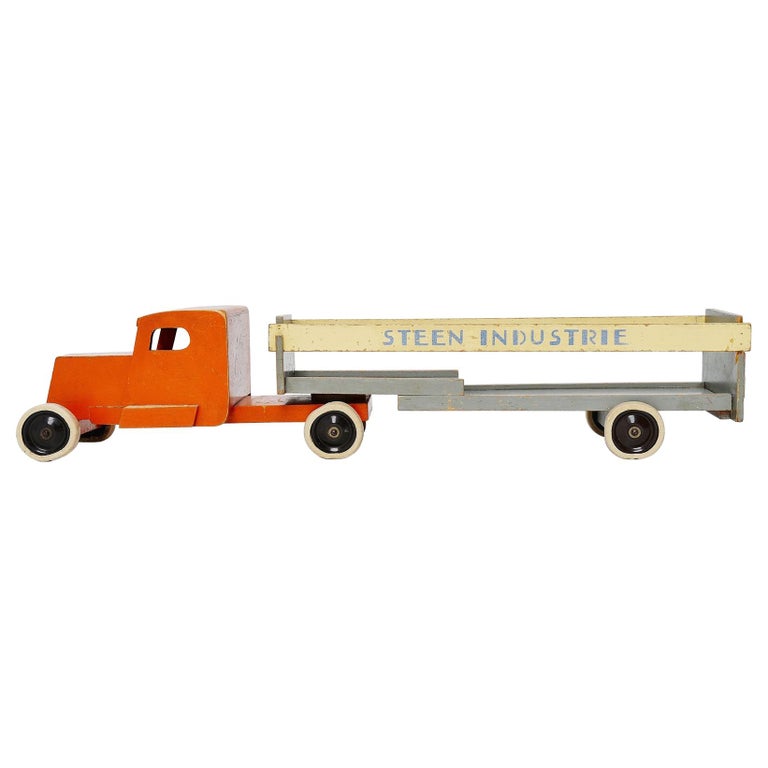 “I started collecting Ado toys about fifteen years ago, when I was about eighteen. I saw something in these toys that I also saw in the designs of Gerrit Rietveld, but only later did I figure out that Ko Verzuu was also inspired by Rietveld, Piet Mondrian, Bart van der Leck and the whole De Stijl movement. The colors and minimalistic shapes, as well as the superb craftsmanship, are fantastic. People have started to appreciate them as sculptures, objects, decorative items.”