Massimo Listri Carves out a Singular Home in Florence 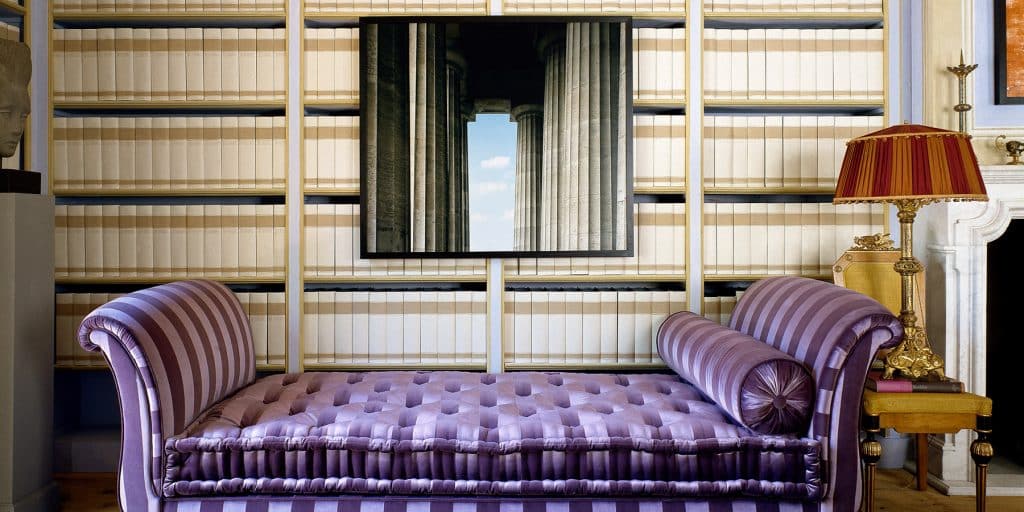 The architectural lensman is famed for his depictions of palatial spaces. Here, he shares exclusive photographs of his own labyrinthine apartment and tells us about its eclectic rooms. 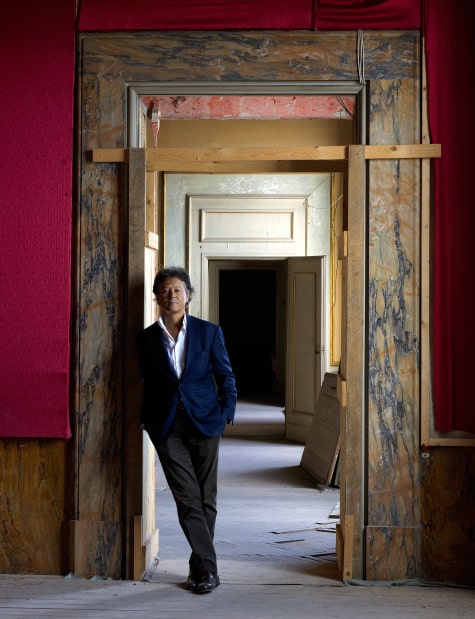 December 4, 2016Photographer Massimo Listri stands in the marble doorway of the Serristori Palace, in Florence, one of the thousands of architectural spaces he’s shot. Top: A sitting room in Listri’s own home prominently features his depiction of the Walhalla memorial, in Germany. All photos © Massimo Listri

Referred to by critics and writers as a portrait artist of spaces, architectural photographer Massimo Listri has an uncanny ability to capture the mood of some of the most notable locales in the world, often highlighting the bygone extravagances of nobility. The Vatican Museums; the Hermitage in St. Petersburg; the Tarem Palace, in Moscow (former home to the tsars); the Palace of Versailles; and the Pitti Palace, in Florence have all had their sittings with the artist. Most often, his palatial subjects are awe-inspiring in their grandeur. At times, however, a sense of decadence and abandonment creeps to the surface, as in his pictures of vacant estates in places like Palermo and Turin.

A typical Listri space is almost always devoid of furnishings. No one would ever guess, therefore, that Listri’s apartment, which lies behind the stately doors of his own 18th-century palazzo on Florence’s Piazza Santo Spirito, would contain a vast collection of cherished treasures.  A true connoisseur, Listri has amassed a stunning array of antiquities, with a concentration in early Greek and Roman sculpture, some of it acquired from the owners of the very palaces he’s photographed.

Indeed, the objects in a home are what hold the most meaning for Listri. When asked to describe spaces he’s visited and admired over the years, he lists specific items, whether the abundance of “books and masks” in the Trocadéro, Paris, home of anthropologist Claude Lévi-Strauss or the “1860s wooden bathtub” in a shabby-chic Dublin home belonging to an art director, or the “giant lanterns and gilded bamboo sofas upholstered in red” in the Bangkok home of an arms merchant he visited with his friend Ira von Fürstenberg.

It’s clear that Listri has little tolerance for the bland. As he puts it, “Seeing how design publications have opened the minds of the public, now banality is even more intolerable. A house that is only comfortable, functional and without nerve irritates me. It’s not a matter of money. . . . It has nothing to do with ostentation. A poor house can be very elegant.”

Listri moved into the original iteration of his current home when he was 22 years old, purchasing with his first career earnings a suite of rooms that, at the time, included nothing more than an entryway, a small bedroom, a little bathroom and a kitchenette. There was a mystique about the place, however, that left him craving more. “I wanted it all. Right away,” he says. “I knew the [owner] Marquese Lotteringhi della Stufa had broken up the layout of the original palazzo, with its twists and turns.”

Year after year, Listri went back to the marquese and bargained for more space. Even the purchase of a storage closet was considered progress by the photographer. After more than 40 years, he has managed to carve out the better part of three floors to construct a home whose fascination lies not just in the surprisingly labyrinthine layout of rooms but from the thoughtful arrangement of art, furniture and objects within each one. 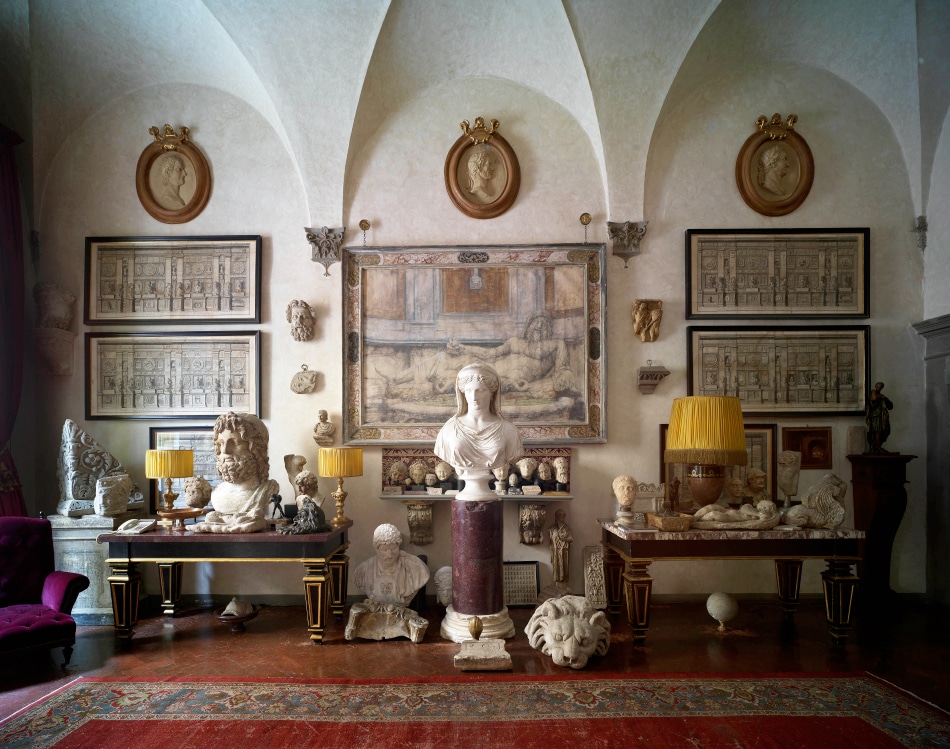 Soft light from Santo Spirito square bathes a collection of objects arranged on the south side of the entrance hall in Listri’s home. This is the room that first captured the photographer’s imagination some 40 years ago and perhaps best illustrates his undying passion for classical antiquities. Front and center is a bust of the Roman goddess Juno on an antique pedestal made of lustrous wine-colored Egyptian porphyry. Above her are three medallions depicting Roman emperors. 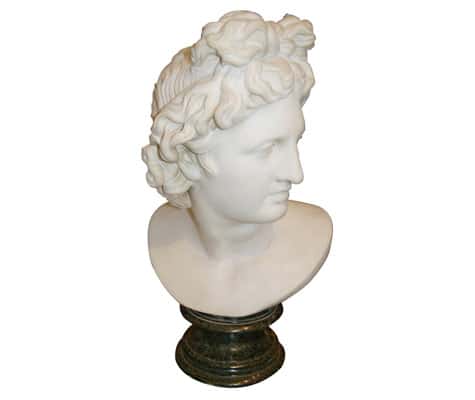 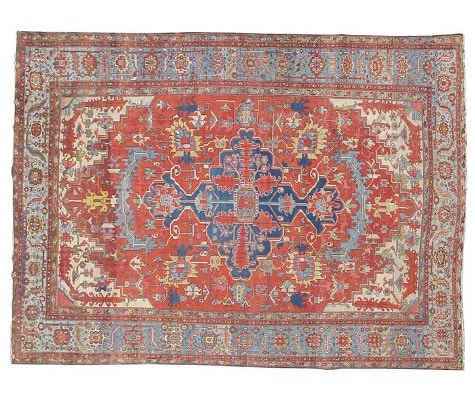 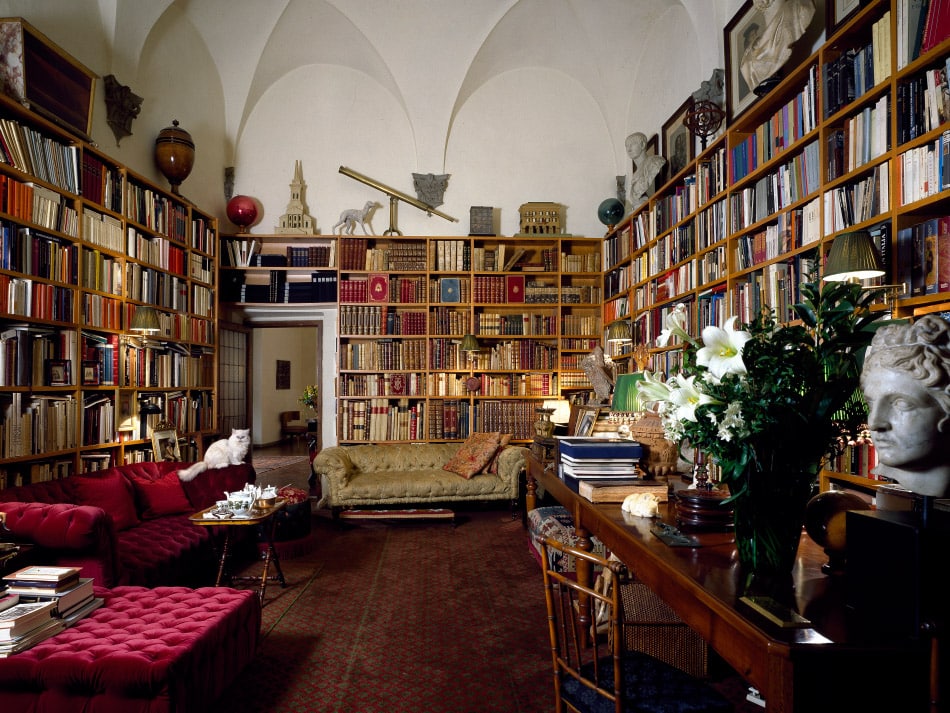 At the far end of the library is the first opening Listri made to his expanded space. “When we entered into the rooms where the library is now located. . . . the first one to go through the hole in the wall was the cat. I peeked through and immediately felt the shift of perspective. It was a real pleasure.” 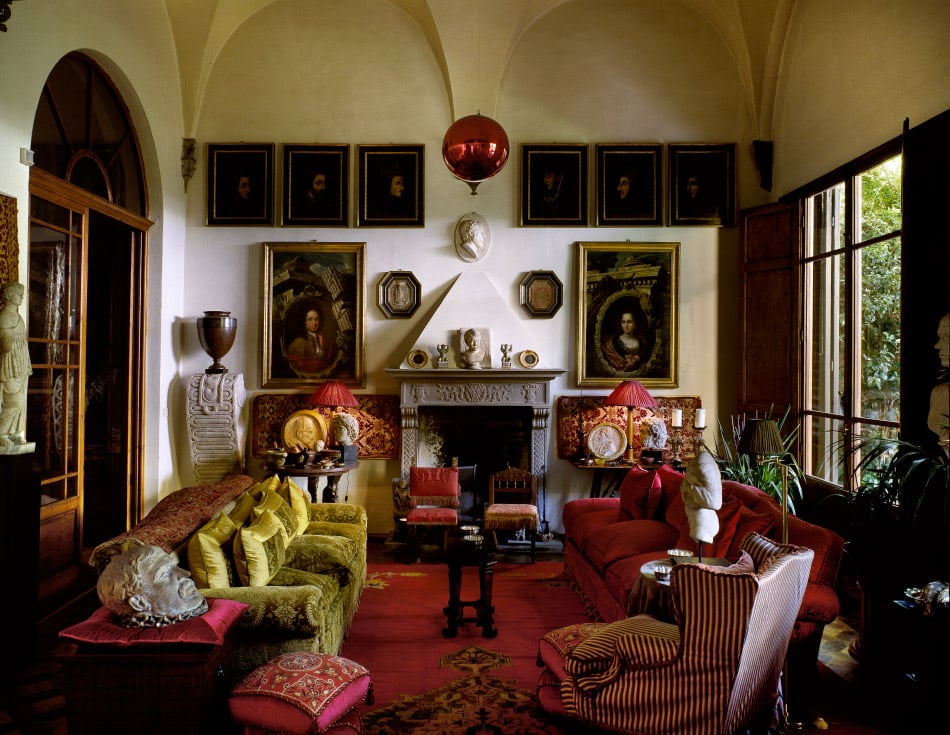 Since the early addition of this sitting room, which stretches from the library to the garden in what was an open loggia until the 1800s, Listri’s plans for expansion have not slowed. “One day, I would like to have an Estruscan room” — something brightly colored like the red and yellow vases he collects — “and also a whole room dedicated to Chinese and Japanese objects.” He currently has stashed away in storage a trove of Chinese porcelain, ancient samurai masks and an Art Deco–era Japanese kimono. 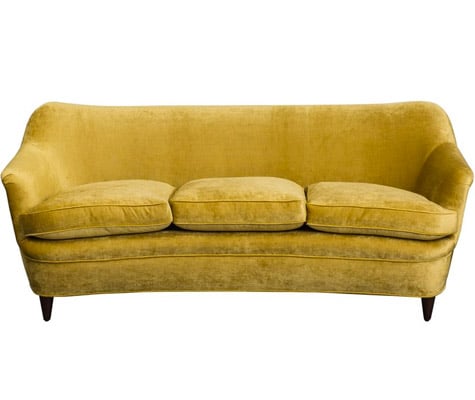 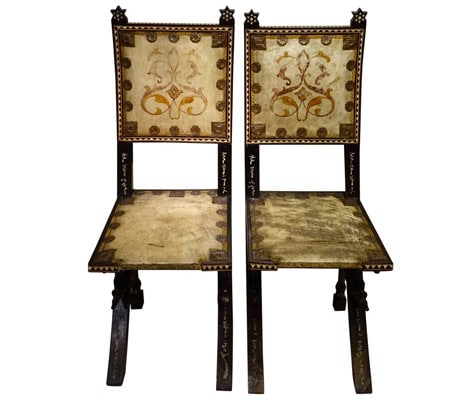 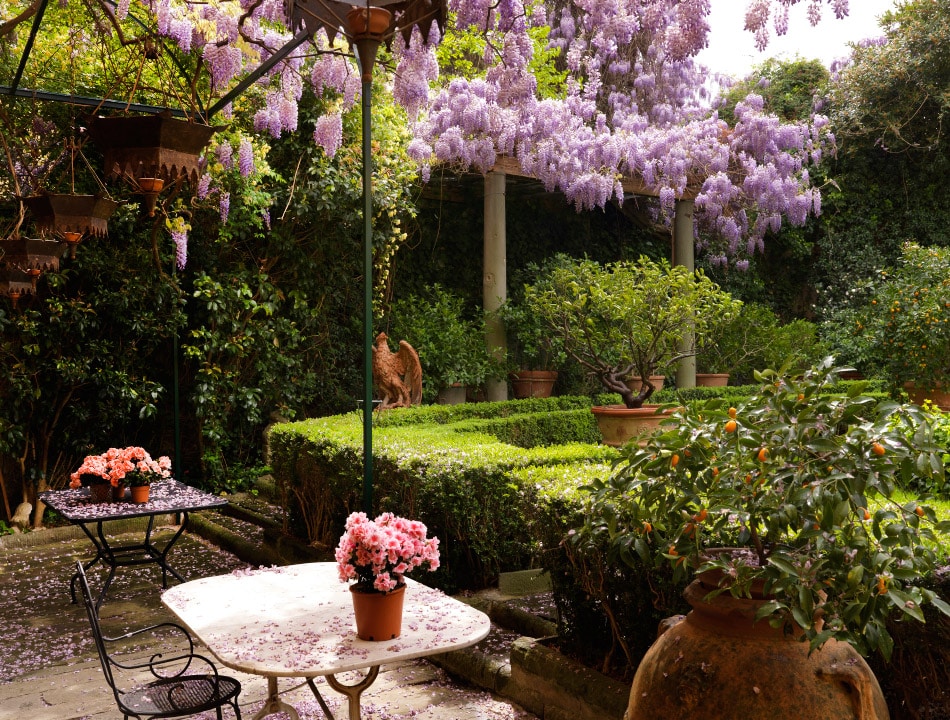 Although the wine and olive industry in Tuscany suffered from intense drought this year, Listri’s garden stayed lush, in part because he shares natural well water with the nearby Boboli Gardens. Above, the garden bursts with color from the hanging wisteria, potted azaleas and diminutive citrus trees. 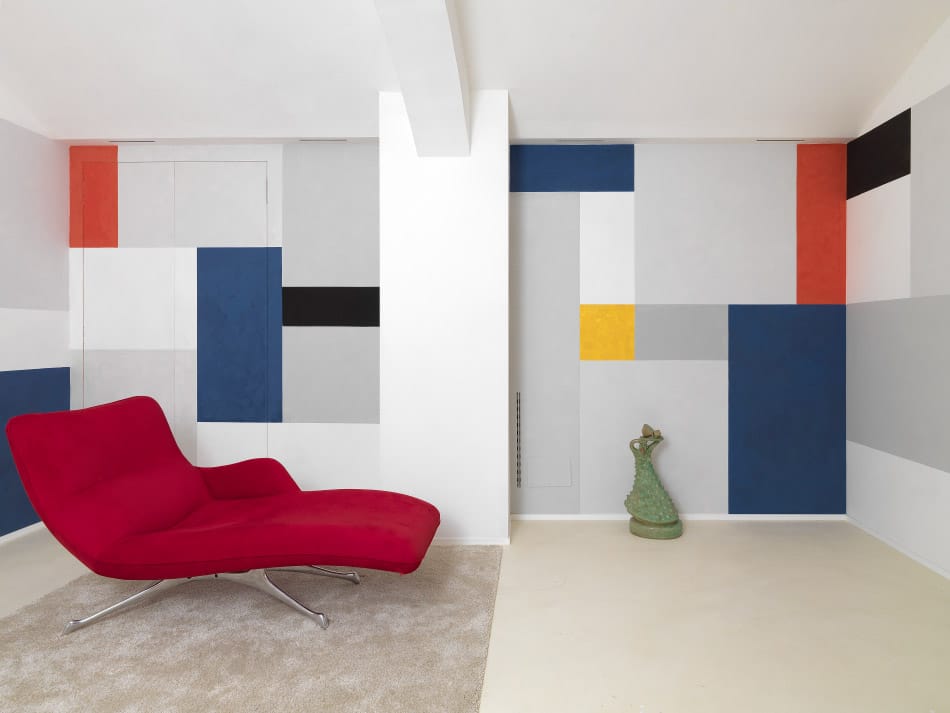 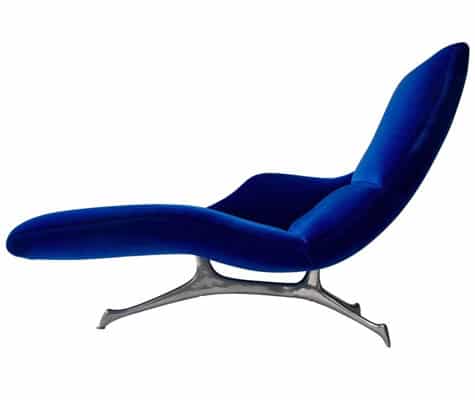 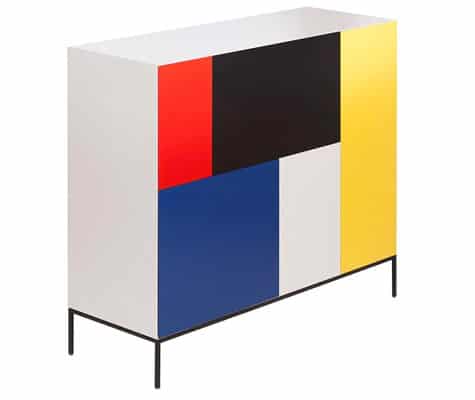 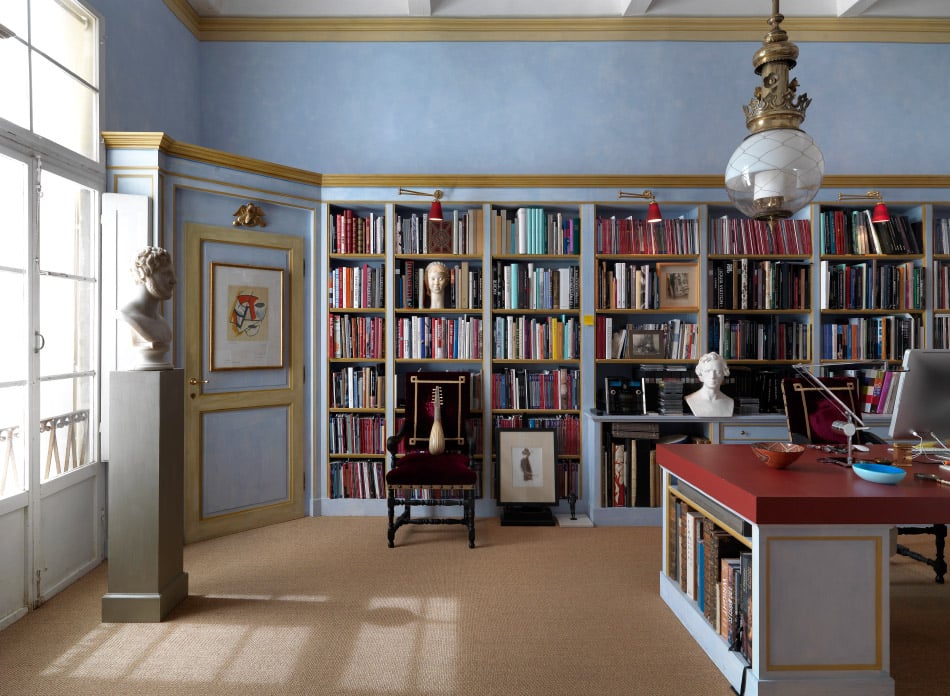 Listri’s home studio, not surprisingly, is filled with books, although even a lover of antiquities cannot avoid the intrusion of modern technology. It’s at the station of Apple computers that his staff treats his large-format, high-resolution architectural photographs. Light from a small interior courtyard gently silhouettes a prized possession: a bust of Prince Carlo Ludovico di Borbone, Duke of Parma, sculpted by Vincenzo Consani in the early 1800s. 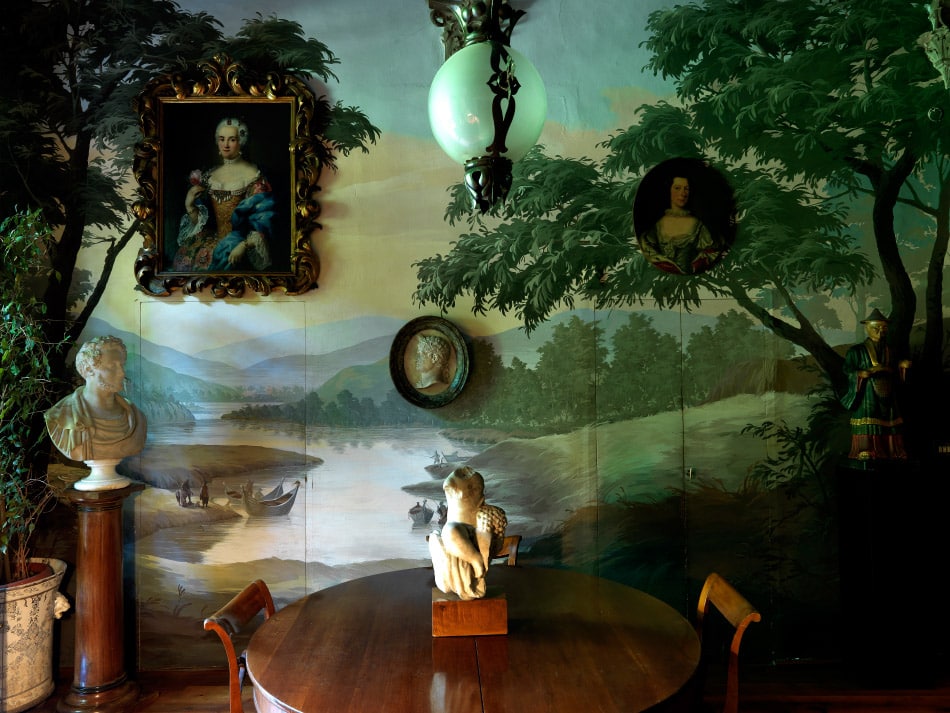 The north wall of the dining room features a hand-painted pastoral scene that seems to flow into the garden outside and very cleverly conceals storage. Early evening light adds a sense of drama to the arrangement of antiquities, which span almost a century. When asked for his favorite space in which to spend time, Listri says, “Every day, and every moment of the day, it’s different. The sitting room is best in the morning. During the winter, it’s the Turkish baths. The library is always beautiful.” 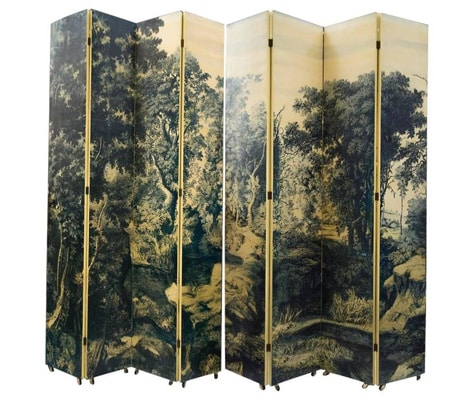 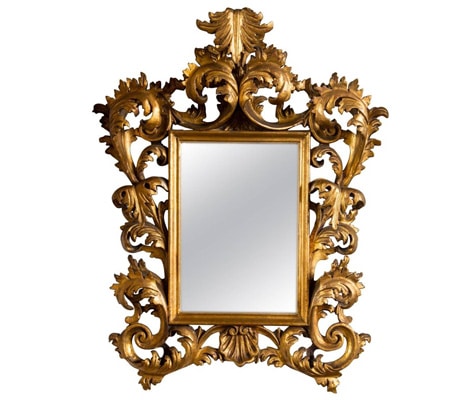 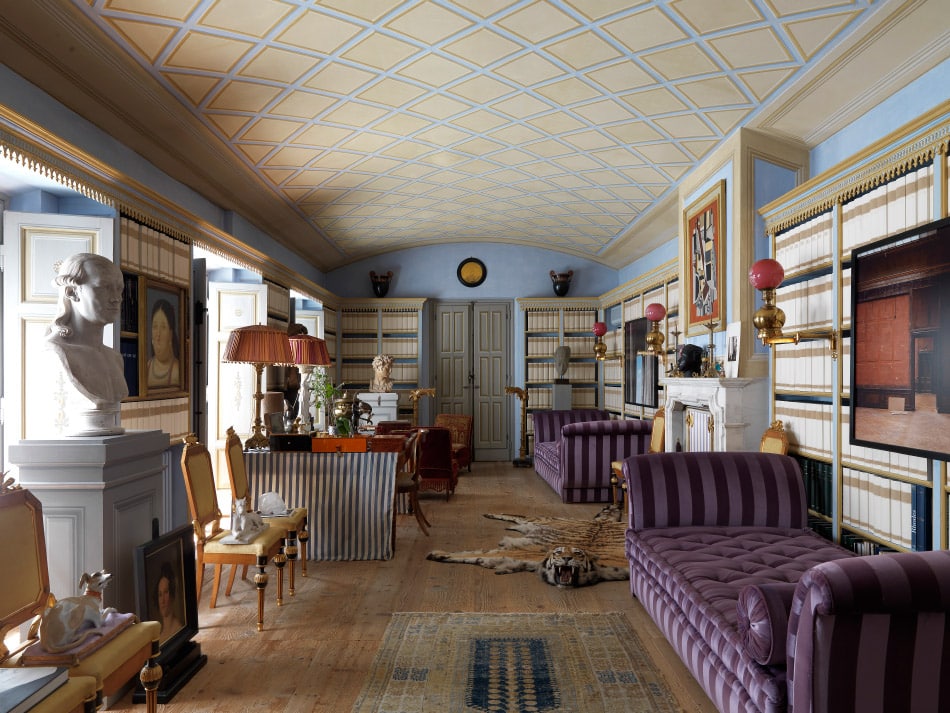 Listri deploys monochrome volumes of archives as a backdrop for colorful works by various painters, including one by Fernando Botero, as well as his own photography.

It’s apparent that Listri strives to live as elegantly as possible and even emulates the owners of some of the grand estates he’s had the privilege to explore, such as the great Apsley House, where the Duke of Wellington served an afternoon tea the photographer rates as the best he’s ever had. It’s in this stately salon that Listri sets out his own tea service, much to the pleasure of his interviewer. The smoky oolong, collected on his Eastern travels, and the handsome Russian tea set, purchased in Paris, make this an international affair.

But, as Listri puts it, “I live only here. I can travel, but for a maximum of nine days. Then I need to return among my things. I could move maybe to Mexico or to my house in Bangkok, on the Chao Phraya river. But I can only ever be right here.”

From Our Blog:
Read All about Massimo Listri’s Photography