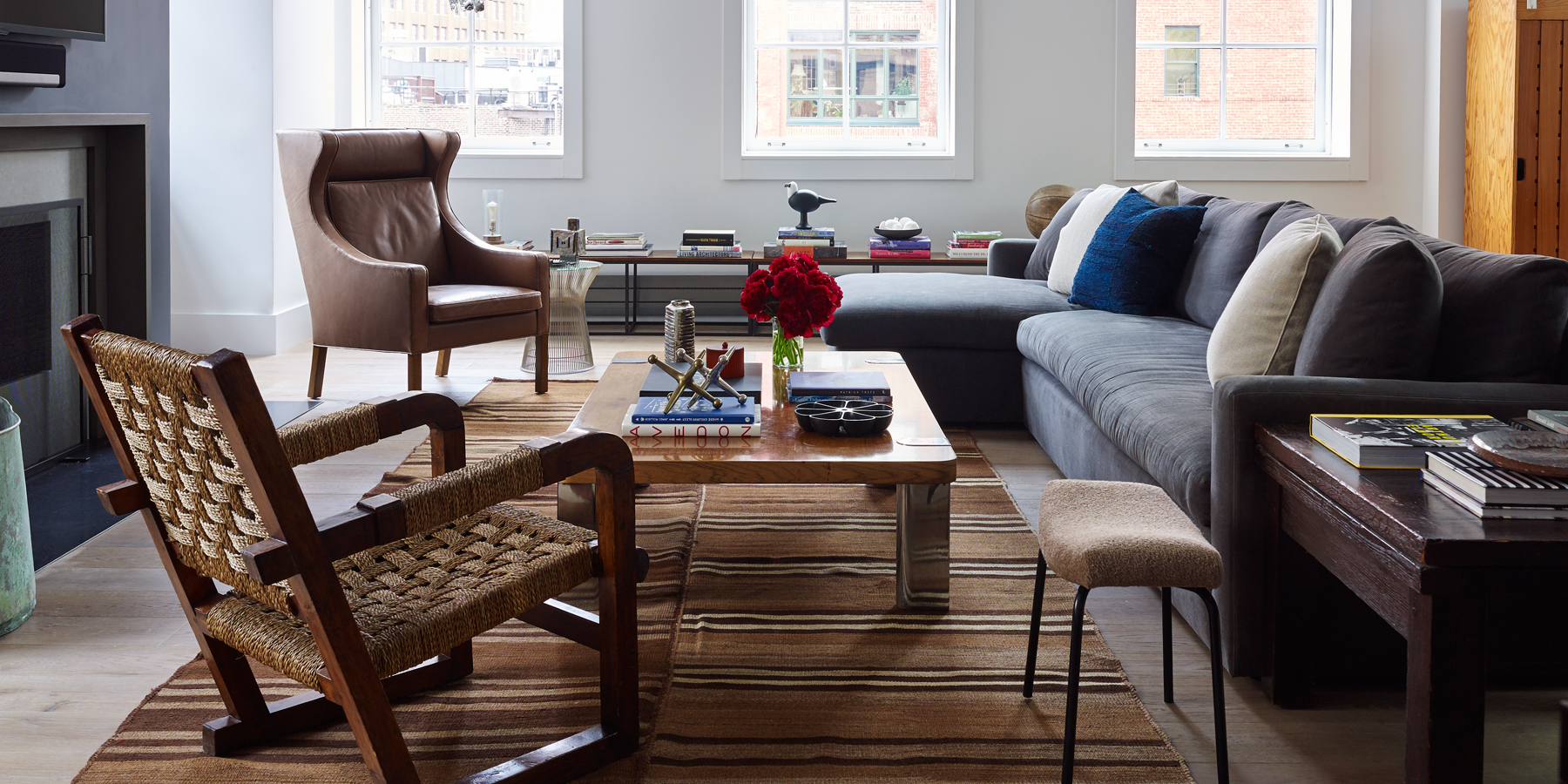 Robert Stilin Does Easygoing Style for the East Coast

The designer crafts sophisticated New York apartments that are far from buttoned-up as well as chilled-out Hamptons homes that avoid the pitfall of beachy kitsch. 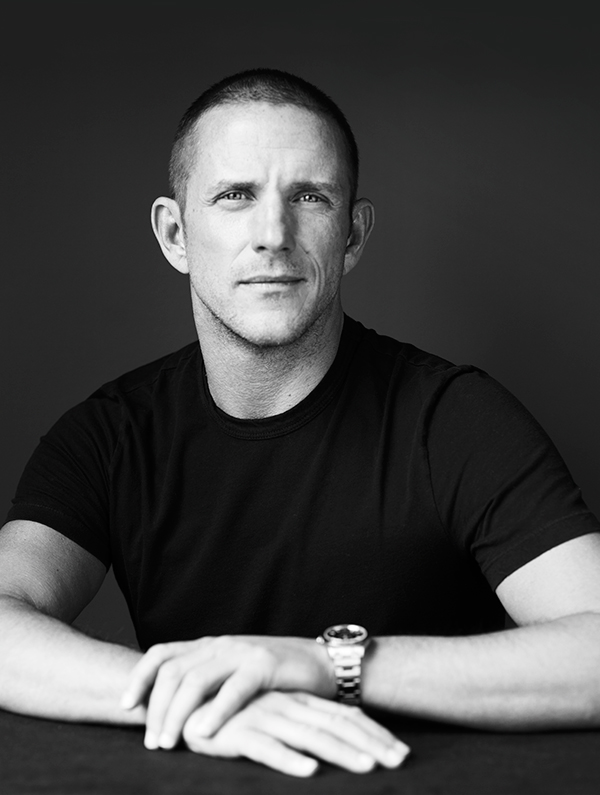 Last year, Robert Stilin had trouble getting guests to leave his company Christmas party. Like so many of the spaces he’s designed, his sprawling NoMad-district Manhattan office, with its worn leather chairs, Guillerme et Chambron dining table and jaw-dropping collection of 20th- and 21st-century photography, is beautiful to behold but even better to lounge in.

“Livability is really important,” says Stilin, pulling up a handcrafted oak and steel Buell stool, which he designed and is as likely to place in a sophisticated Fifth Avenue duplex as in a Hamptons beach house. “I really like quality, comfort, shape and form, and just being practical.”

His low-key yet luxurious touch has landed him on Architectural Digest’s 2016 AD100 list and made him sought after by captains of industry, financiers and art collectors looking for the interiors version of a sweater in perfectly broken-in five-ply cashmere — a fabric, by the way, Stilin is not afraid to use for upholstering a sofa.

Stilin’s rule-spurning viewpoint fosters an easy, collected look that feels wholly modern while sampling liberally from the past. “I think that a mid-century room is so boring, but I love mid-century furniture,” he says. “I like pulling things out of different time periods and re-creating them for today’s lifestyle.” Favorite pieces, including vintage American Industrial shelving and light fixtures, antique oak farm tables, and Jules Leleu club chairs, mix effortlessly in his design projects and in his decorator-destination store in East Hampton, New York.

“I’ve always been a visual person,” Stilin says. As a child in Mellen, Wisconsin (population 1,000), he spent hours sketching youthful fascinations like cars and airplanes, but also drafted plans for houses. “When you grow up in a very small town and you know at a young age that you’re not going to stay there, you end up developing a really strong imagination,” he adds. 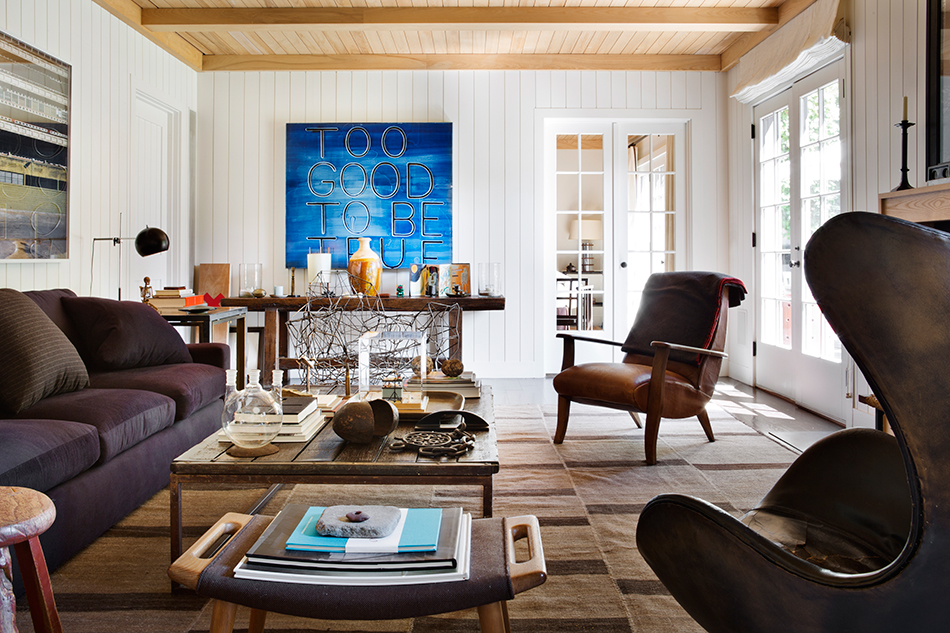 In Stilin’s East Hampton home, wood-lined ceilings lend warmth to whitewashed paneled walls and a mix of vintage furnishings that include a kilim from FJ Hakimian, a Hans Wegner Papa Bear ottoman and a plank coffee table. The painting on the far wall is Graham Gillmore‘s Too Good To Be True. Photo by Manolo Yllera 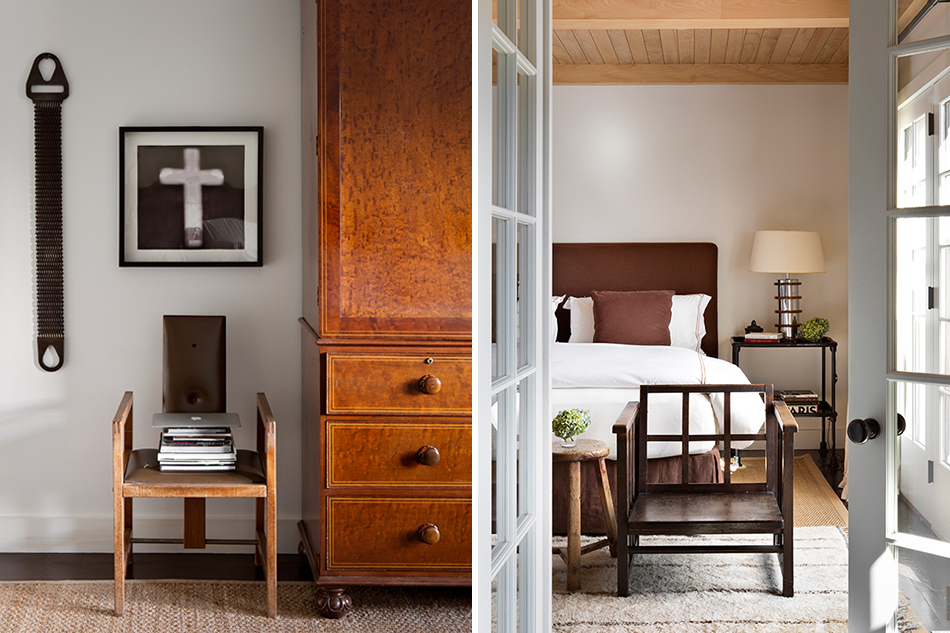 Left: Franck Besegher’s 2005 photograph The Sermon hangs above a 1930s Andre Sornay side chair from R.E. Steele Antiques in the East Hampton house. The antique linen press is from Ann-Morris. Right: In a guest bedroom, Stilin pairs a modernist chair from Austria with a rustic American farm stool atop a vintage Moroccan rug. The side table is cast iron, and the linen-upholstered bed was custom made. Photos by Manolo Yllera 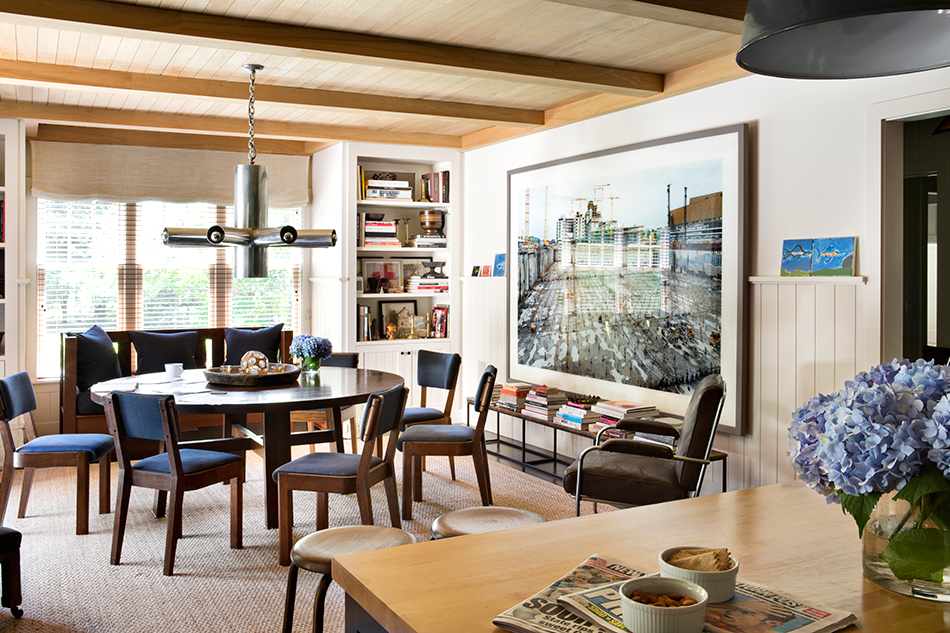 In the dining area, a vintage American chandelier from R.E. Steele hangs above a custom oak and bronze table and a set of Charles Dudouyt chairs from the 1940s. The large Plexiglas-mounted photograph is Frank Thiel’s Stadt 1/07 (Berlin), 1996. Photo by Manolo Yllera 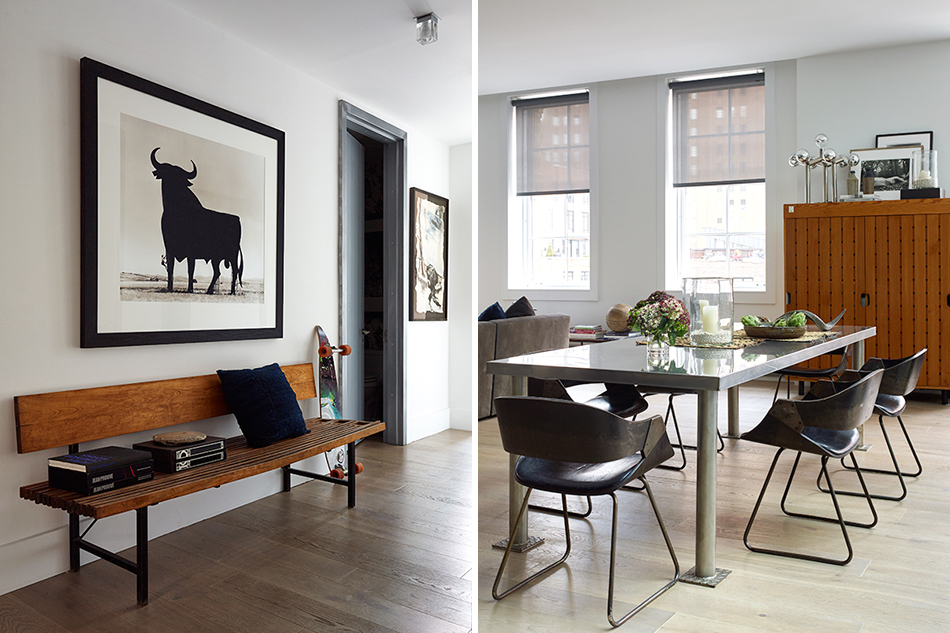 Left: A French cherrywood and iron bench, ca. 1950, from Pascal Boyer Gallery stands in the entry of a Stilin-designed loft in Tribeca. Right: In the dining area, a large aluminum and stainless-steel table is surrounded by molded wood, metal and leather chairs from Roark Modern. A Kalmar nickel-plated brass table lamp from Cosmo sits atop a Charlotte Perriand pine cabinet. Photos by Manolo Yllera 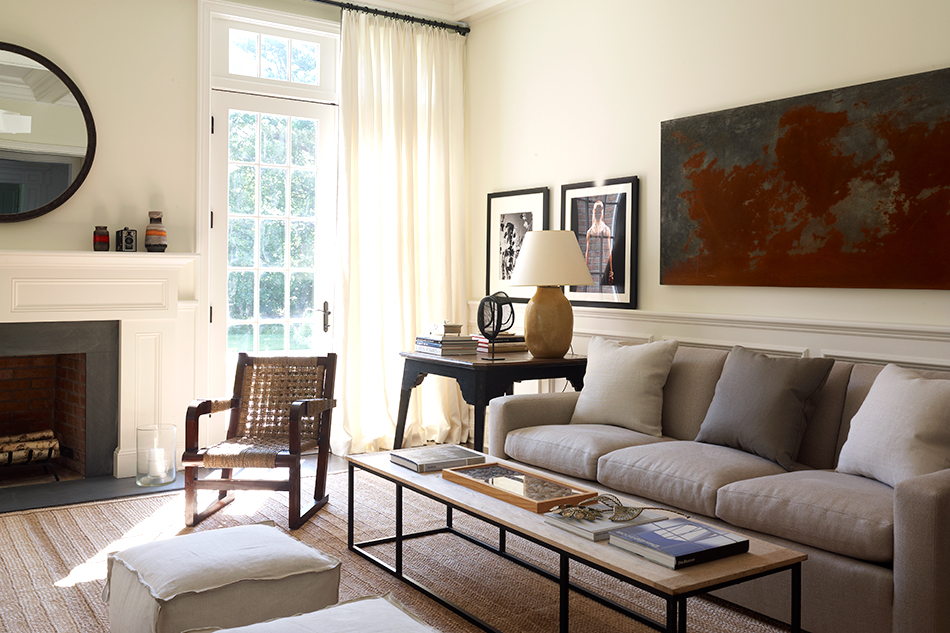 For a home in the Hamptons hamlet of Sagaponack, Stilin hung a patinated-zinc abstract over a custom sofa in the living room. The 1930s steel gueridon, used as an end table, and the woven rush lounge chair are both French. 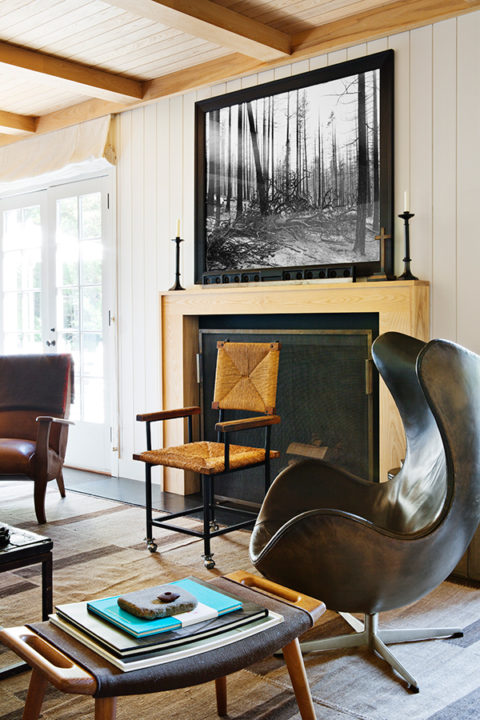 In Stilin’s house in East Hampton, New York, a vintage Arne Jacobsen Egg chair and a rush armchair in the style of Jacques Adnet stand before a minimalist oak mantel. The black-and-white photograph is by Justine Kurland.

Stilin studied business at Skidmore College, in Upstate New York, intending to hit Wall Street, but after graduating he settled in the warmer climes of Palm Beach, Florida. While furnishing his first home, in 1989, he decided to open a retail shop, Robert Scott Stilin, on Worth Avenue. “It was an early-nineties version of what I do today,” he explains. “Custom-upholstered furniture from Jonas, antique and decorative furnishings and objects from the U.S., France and Italy.”

Almost immediately, one of his customers asked for help with decorating her Spanish-style lakefront home. “I said, ‘Okay, I can do this. It’s a different way for me to sell stuff out of my store.’ So I started researching and figuring it out,” he recalls. “From the very beginning, I had my sights set very high. I always went after quality — the best vendors, the best contractors, the best upholsterers.” More projects followed, and he eventually packed his bags for New York and East Hampton, where he unveiled his current storefront, Robert Stilin, in 2003.

Like master retailer Ralph Lauren, Stilin draws inspiration from the way his well-heeled clients already live and then aims to improve upon it. When describing the Manhattan duplex of a family of serious art collectors (the type who casually display both a Robert Mapplethorpe and a Malcolm Morley in a child’s bedroom), he says, “One of the first things that people say is, ‘Wow, this is so comfortable. There’s Mark Rothko and Joan Mitchell and Richard Prince and Giò Ponti, but it’s not stuffy.’ I don’t believe in designing spaces for art. I also don’t believe in living in museums.”

Stilin is often asked to incorporate art in this relaxed yet mindful manner. For a Tribeca loft, stunning black-and-white photographs are nonchalantly propped atop a pine and metal cabinet by Charlotte Perriand surrounded by a vintage Industrial dining table, a J.T. Kalmar brass table lamp and — checking the “livability” box — a flat-screen television.

Layering warm, weathered and tactile materials in monochromatic tones is another one of his techniques for achieving his signature sense of laid-back comfort. His projects feature a mix of wood, metal and glass, often complemented by cashmere, alpaca and fur. “I like things that are as soft and as natural as possible,” he says, revealing that he often rubs fabrics on his arm or face before selecting them. “I really think that home should be a sanctuary. It should make you feel good.” 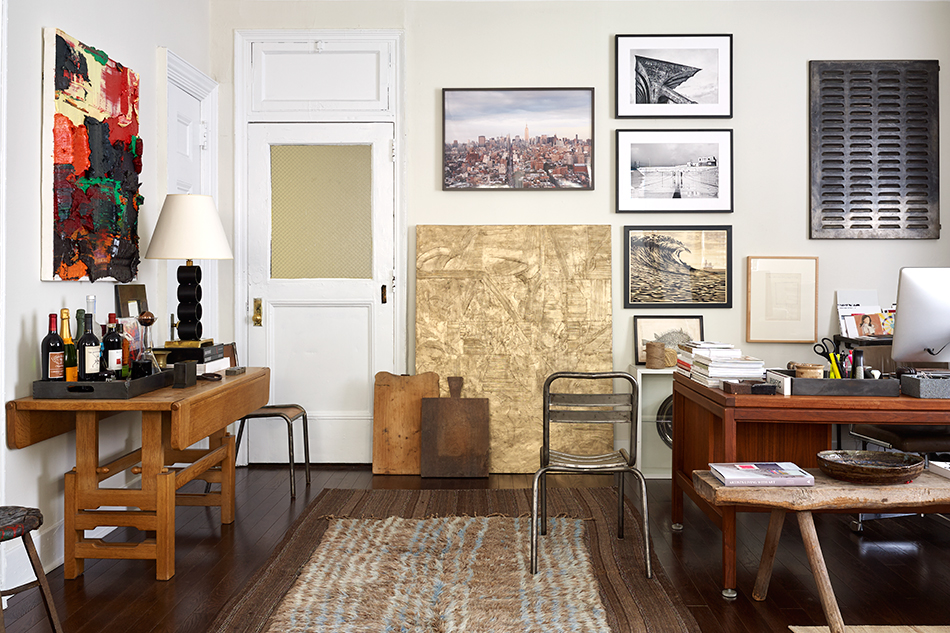 Eclectic artworks animate Stilin’s New York office: John Henderson’s 2012 brass piece Cast leans against a wall that also holds a collection of contemporary photography. On the left, Inscription of Virtue, 2012, by Zhu Jinshi, hangs above a Guillerme et Chambron adjustable oak table, which is used as a makeshift bar. 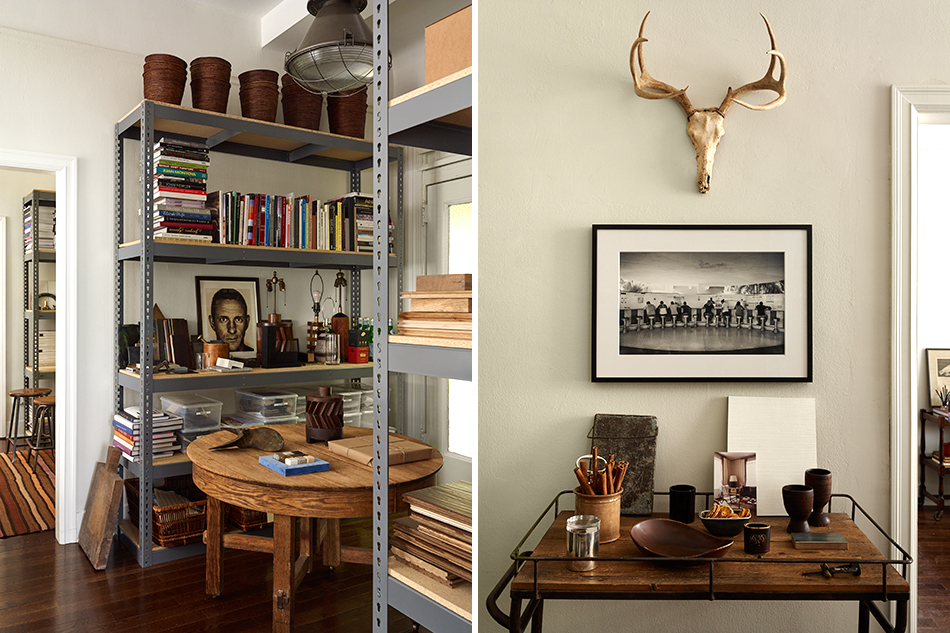 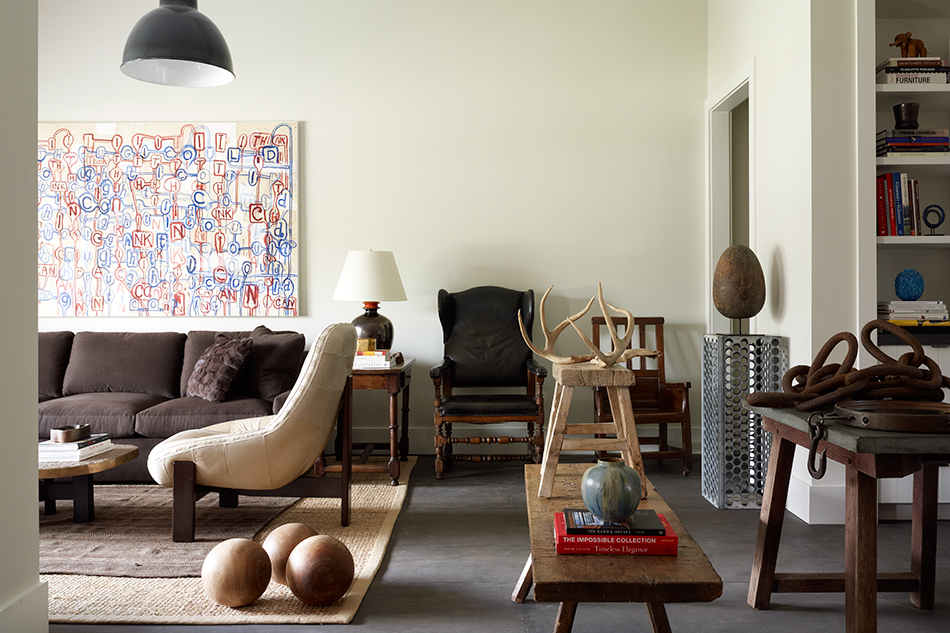 Stilin’s eponymous shop in East Hampton displays an impressive collection of furnishings in warm woods and other perfectly worn-in materials alongside contemporary art and various decorative objects. Gillmore’s I Think I Can I Thought I Could, 2003, hangs above a custom sofa in Holland & Sherry cashmere. The coffee table is by Ado Chale. 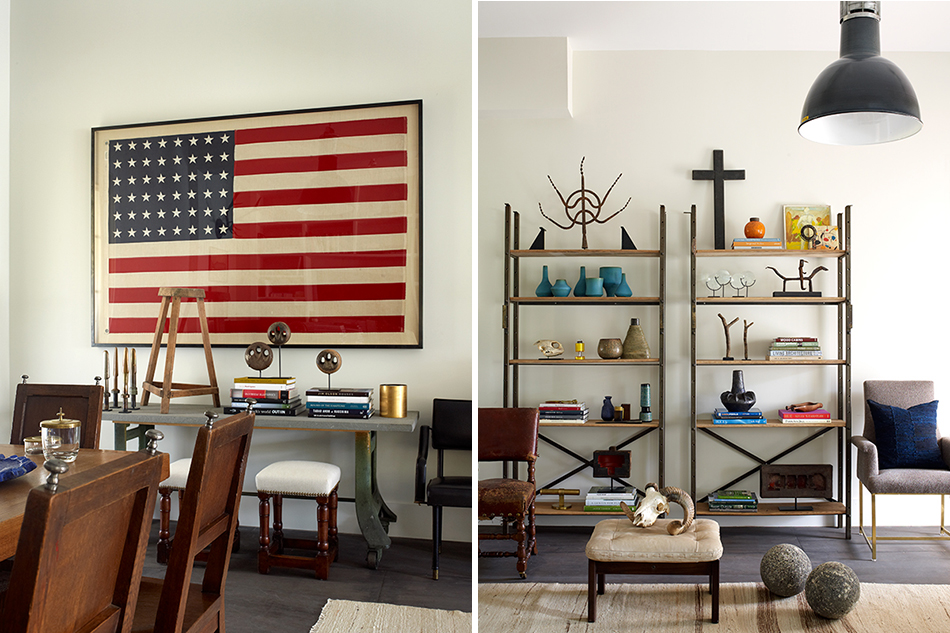 Left: A framed vintage American flag hangs above an industrial console table with a bluestone top. The black leather chair (at right) is by Jacques Adnet, and the wooden dining chairs are 19th-century French. Right: Metal and oak bookcases designed by Stilin display sculptures and artful objets, including a collection of turquoise pottery by Sandra Zeenni, 2010. 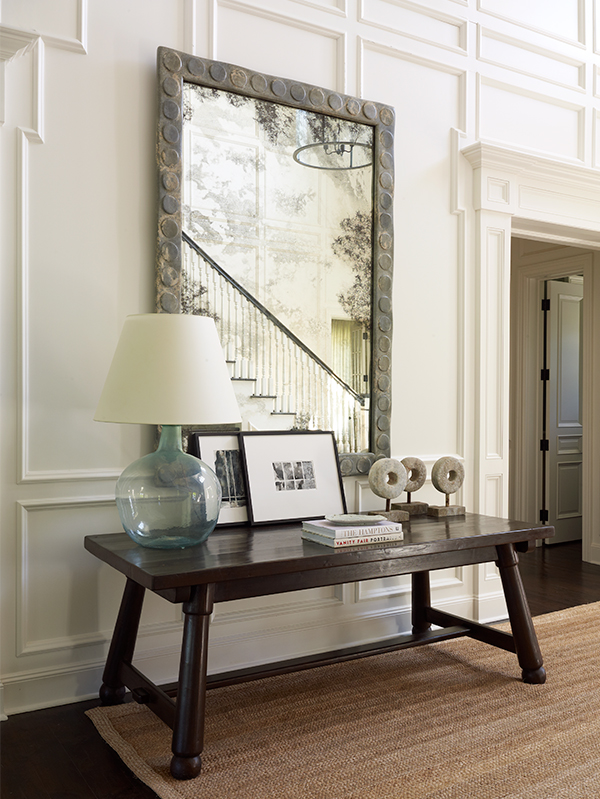 To lend a sense of layered history to a too-new Sagaponack, New York, home, Stilin added an oxidized contemporary mirror, a 1940s French console and a lamp made from an antique bottle from Laurin Copen Antiques.

To warm up a newly built shingle-style house in the Hamptons, he used his typical blend of antique and vintage furniture. In the main room, he paired an almost-rustic René Gabriel wood and rope chair with an Arts and Crafts games table, further accessorizing with German ceramics and black-and-white photography. The double-height foyer features a new mirror, oxidized to appear older, hung above a table holding an array of vintage African currency displayed on stands like sculptures. The overall effect is to make the large-scale house welcoming and relaxed, as if it had been residing on a Sagaponack country road for the past century.

“The way you create comfort is by adding some age, some history. If you have a leather chair that somebody sat in for eighty years, it has the history of their life, and it takes the edge off all the newness,” Stilin says. “That’s a big part of my work — adding different layers of texture and age.”

Indeed, his East Hampton emporium — like his office — could easily be mistaken for a well-loved home. For Stilin, the store acts as both a showcase and a laboratory, where he cleverly places antique American flags in tarnished bronze frames to look like paintings and re-covers Danish wingback chairs in linen or leather. A self-described “shopper,” Stilin seeks out finds everywhere from West Palm Beach’s South Dixie Highway to Austin to Seattle, making quarterly trips to the Paris flea market and favorite London dealers in between. He’s forever in search of French 1940s and ’50s furniture, English leather chairs and “anything by Børge Mogensen,” as well as vintage ceramics, lamps and rugs, all ripe for reinvention. “The roots of my business are in retail and being a shopkeeper,” Stilin says. “If you see something you really like and it’s special and unusual, you better grab it because you are not going to get it again.” 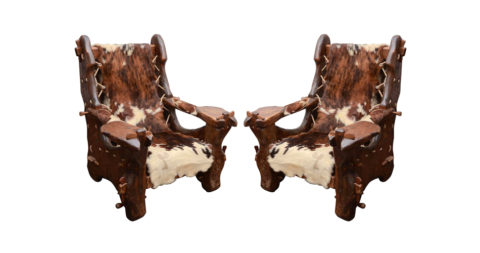 “These are very masculine, comfortable and cozy chairs. They would be great in a modernist ski house.” 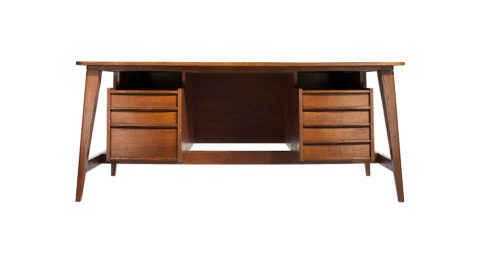 “This is an extraordinary desk — simple, elegant and functional.” 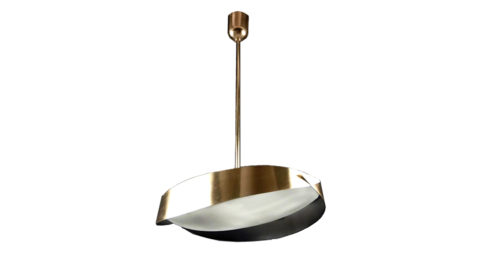 “This chandelier by Max Ingrand is so minimal, yet at the same time so elegant.” 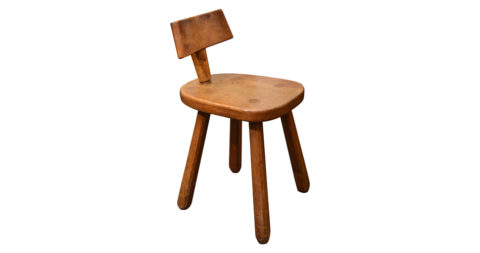 “This would be perfect in a large seating group as a chair to pull up, or as a side table or place to put a book. It is sculpturally beautiful and has a great silhouette.” 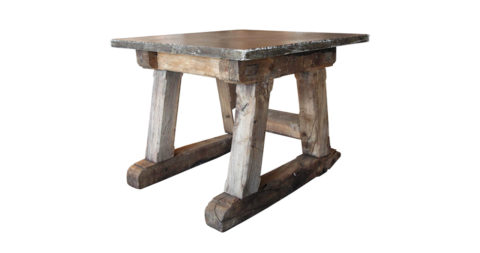 “I would juxtapose this with more-modern pieces to create interest and texture.” 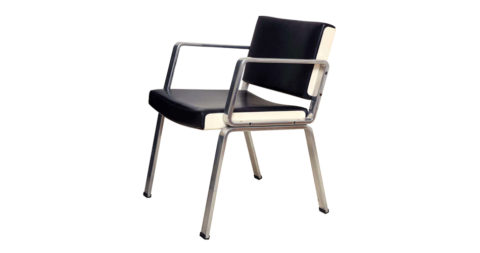 “The lines of this chair are impeccable. It is visually strong and yet very practical.” 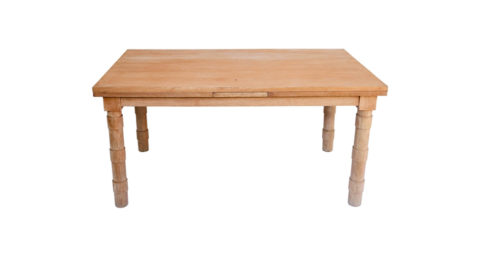 “I love the legs on this table. It’s classic and modern at the same time. It would make a great dining table, but it could also be an attractive and functional worktable.”