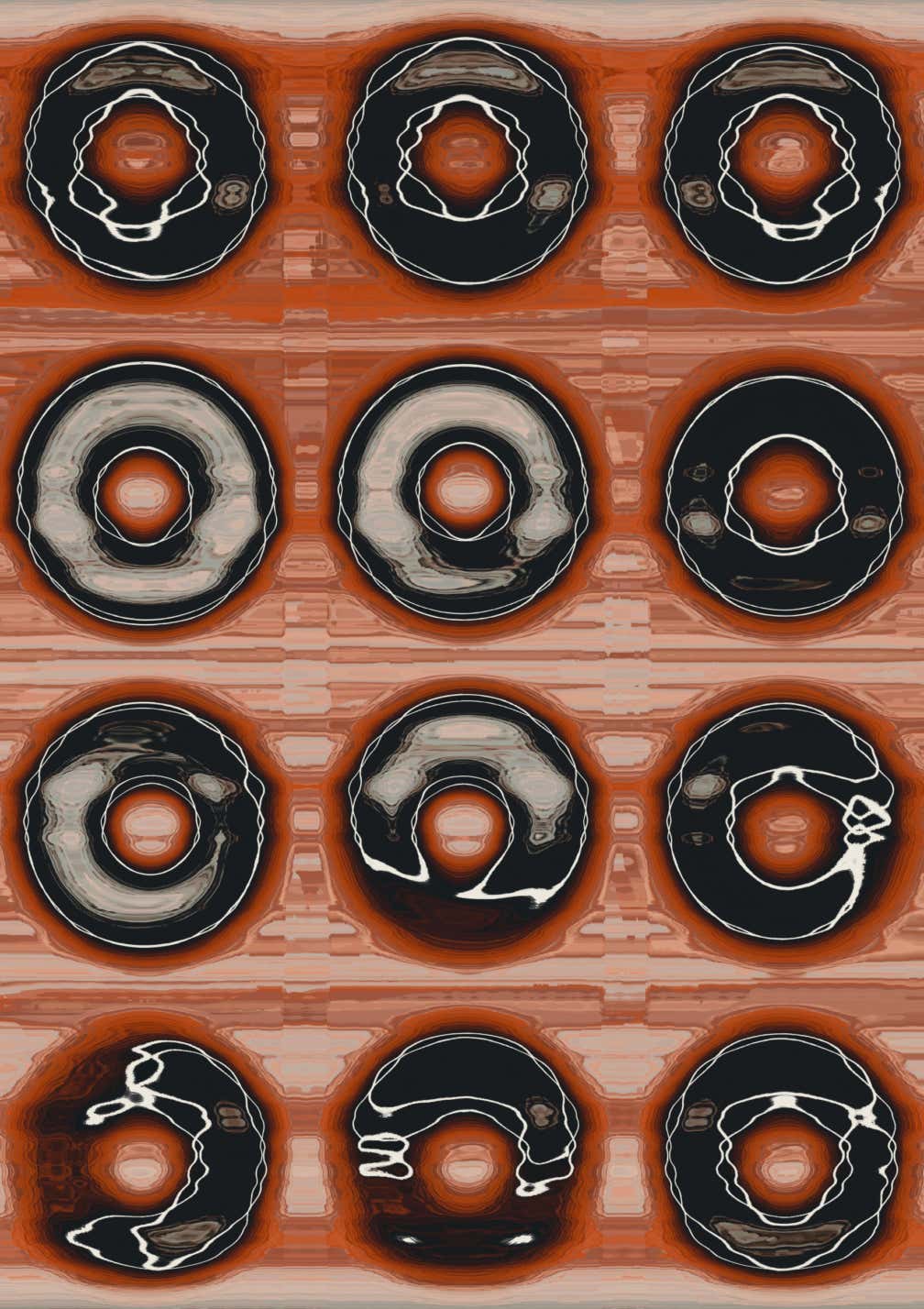 Aaron Penne, who’s the director of engineering at Art Blocks and an artist himself, explores the relationship between the algorithmic and the organic with generative artworks that appear at once digitally constructed and handcrafted, using color and shape to create the illusion of movement. According to him, this digital discipline offers possibilities in art that have never been explored before.

“I am interested in using systems to explore the soul. Generative artwork naturally enables these explorations with its infinite parameter space and ability to shift with time,” he says. “Unlike video art, which is a recording of past moments in time, generative art can become a continuously new performance, creating color and composition live in front of the viewer.”

His piece Saying the Same Thing is at once orderly and avant-grade, machine-like and lyrical, which is perhaps the reason for its title.

“Saying the Same Thing utilizes code to create and manipulate shapes while using strips of pixels from my photographs to bring an organic rhythm of color. It is generated from a Python program that has been refined over several years on the same Raspberry Pi [single-board computer],” Penne explains. “With this particular style, I am intentionally seeking a painterly aesthetic, yet celebrating the hard-edge digital artifacts that become clear on closer inspection. I am interested in duality and the harmony between human touch and the digital machine.”