Here’s an unfun fact: Dancers are the lowest paid of all the various kinds of artists. (I’d guess they are the most frequently — and severely — injured artists as well.) So, when I recently discovered that dance NFTs are a thing, I thought, “This makes sense! Maybe dancers can finally get paid.”

Several dance NFTs appear in our latest exhibition, “Flower Gang.” Of those, I really enjoy the semi-synchronized combination of fluid and herky-jerky choreography in Photosynthesis, by Chilean duo CryptoMoves.

The formal beauty of British photographer Mark McNeill’s self-portrait, shot at the famed Sycamore Gap in Hadrian’s Wall in Northumbria, is astounding. The big tree in the center shelters a figure (McNeill himself) that balances out a baby tree on the other side of the large trunk. All of this is perfectly framed by symmetrical rocky inclines and silhouetted against a majestic night sky sparkling with stars and cosmic dust. (McNeil specializes in astrophotography.)

At a starting bid of Ξ 22.0 ($37,104.32 at press time), me versus the galaxy, which has appeared in National Geographic and at the Royal Museums Greenwich, is one of the pricier NFTs on our platform. This could mean that McNeill is not completely ready to part with it, or perhaps he just sees much value in its attractiveness and provenance.

I have a soft spot for abstractions that seem to possess a hearty three-dimensionality and a subtly cartoonish humor.

In this high-contrast piece by Atlantida Art, swaths of Smurf and sky blue appear to break open like brittle toffee, exposing a dark alternate reality just beyond. Pink and red outline some of these gaping sections, suggesting the insides of mouths. The piece’s title, In Crown, may mean that those orifice-like forms are jabbering.

Things To Do When You Think You Are Alone I, Madrid, 2020, by PixelatedMe

Voyeuristic videos can seem creepy, especially when they show women undressing. But a hint of female empowerment and early-pandemic nostalgia comes through in PixelatedMe’s work when you read the description of how the series “Things To Do When You Think You Are Alone” was made, during the COVID lockdowns of 2020.

“I create[d] this series with models around the world, using their own phones and the internet,” the artist writes. “I gave them general directions but left to them the final decision on what to do in the final videos.” So, the subjects are in control of the voyeurism; they are the camera operators and the performers. It’s ultimately up to them what we see.

There’s almost nothing more visually soothing than a gentle contrast of warm tones. Here, in Anna Condo’s still life photograph, the pink of the flamboyant peonies is immediately softened by the calm orange background.

As the blossoms gently unfold, we see tangerine-colored stamens poking out from the cores, bringing us full circle — interior and exterior, background and foreground become one.

Oppress Nothing, 2022, by ReVerse Butcher

ReVerse Butcher merges vintage paper stock and acrylic ink with such iPad tools as Apple Pencil and Procreate to create her “visual poetry.” The visceral and the digital combine in a kaleidoscopic mash-up of words, body parts and abstract forms.

Glossy red lips in the center of this scene seem to want to speak the highlighted words: “oppress nothing,” “history,” “distasteful.”

How we see the world depends on our perspective. In fact, perspective is pretty much our entire reality. In Kidmograph’s delightful animation, with an appropriately chill soundtrack by PLS&TY, we take the middle view between the terrestrial and aquatic realms, bobbing on the surface of the water.

Above the threshold, palm trees and leafy plants cling to a rocky desert island as the sun sets in a bold display of purple, pink, red and orange. In the water, fish, seaweed, a lone human (or humanoid) and a glowing orb sway to the rhythm of the current. In real life, we don’t often see underwater without a lot of effort, but apparently that’s where all the action is. 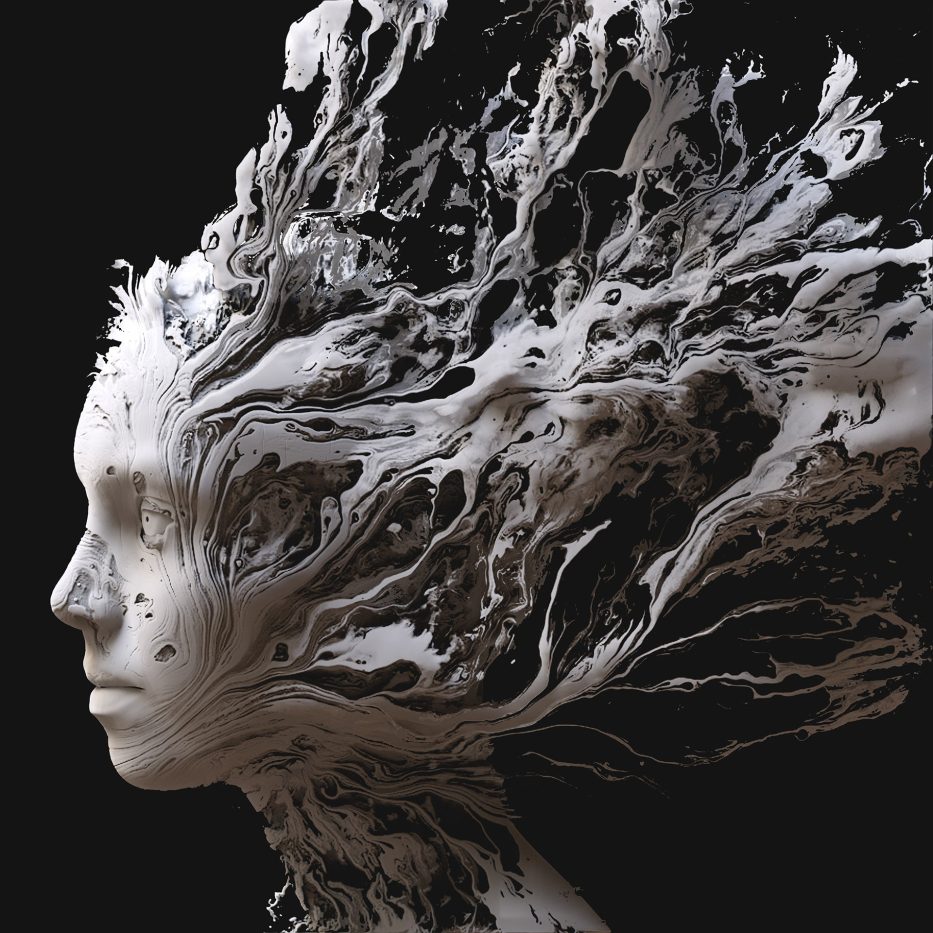