Is the veil being lifted or is the curtain coming down in this rivetingly original scene? In Arabella Proffer’s own case both are true, as she lives with the heavy knowledge of a terminal cancer diagnosis. I’d never thought of it before, but the “gnosis” in diagnosis means “wisdom,” and the veil lifted at death is the ultimate wisdom that we won’t gain until we get there.

Let’s hope Proffer will hold off on grasping that final knowledge and continue sharing her glorious visions for years to come.

Joelle McTigue’s visionary creation looks like it could be an early American quilt, the floor of a chic hotel lobby or a microscopic world viewed through a kaleidoscope. What it actually shows, according to the artist, is a Yugoslavian submarine tunnel in the the Bay of Kotor.

McTigue reworked the image by hand to bring out the rich blue-green tones of the sea, reconfiguring a portrayal of a military site into a peaceful abstraction.

The hidden coastline of Èze, South of France, 2021, by Sylvia Haghjoo

If this isn’t a slice of paradise, I don’t know what is. We see a handful of locals taking a dip in crystal-clear waters off a perfect little beach in the South of France.

Supposedly, this secluded spot is not really accessible to tourists. After seeing Sylvia Hahgjoo’s delectable photo, I imagine that at least a few adventurous art-appreciators will seek it out.

Do you ever get he feeling someone’s watching you? In Ishita Banerjee’s mixed-media drawing, more and more eyes seem to appear as the viewer’s own eyes shift from the vivid foreground to the shadowy background.

But this work is also about healing trauma. “My scars remind me that I did indeed survive my deepest wounds,” the Canadian artist writes. “What hurt me in the past has made me a warrior in my present.” Should Banerjee continue healing her wounds with her fantastic Cubist paintings? The “eyes” have it.

Beijing-based Jiao Jiao’s sculptural figure is cute and fierce all at once. You want to hug this round little person, but watch out — the red cheeks and tense expression tell us this baby is about to explode!

A great abstraction is indefinable. You know it when you see it, even if a less practiced art viewer might say, “My kid could do that.” Maybe my three-year-old could produce something vaguely resembling this, but I know Michelle Louis’s composition is born from the kind of grit, heart and talent that takes years to hone.

Process Smith’s totemic art recently provoked me to assign a story on the connection between NFTs and psychedelics. Although he didn’t make the final story because of an overabundance of artists currently creating trippy cryptoart, I remain convinced that his sci-fi characters are the result of visions experienced during DMT and/or ayahuasca journeys.

I’ve heard too many accounts of psychonauts who report blasting into space and encountering alien beings of the insect, avian or jaguar varieties, all of which this imaginatively layered entity recalls. Are psychedelics part of Smith’s process? You have to ask him. 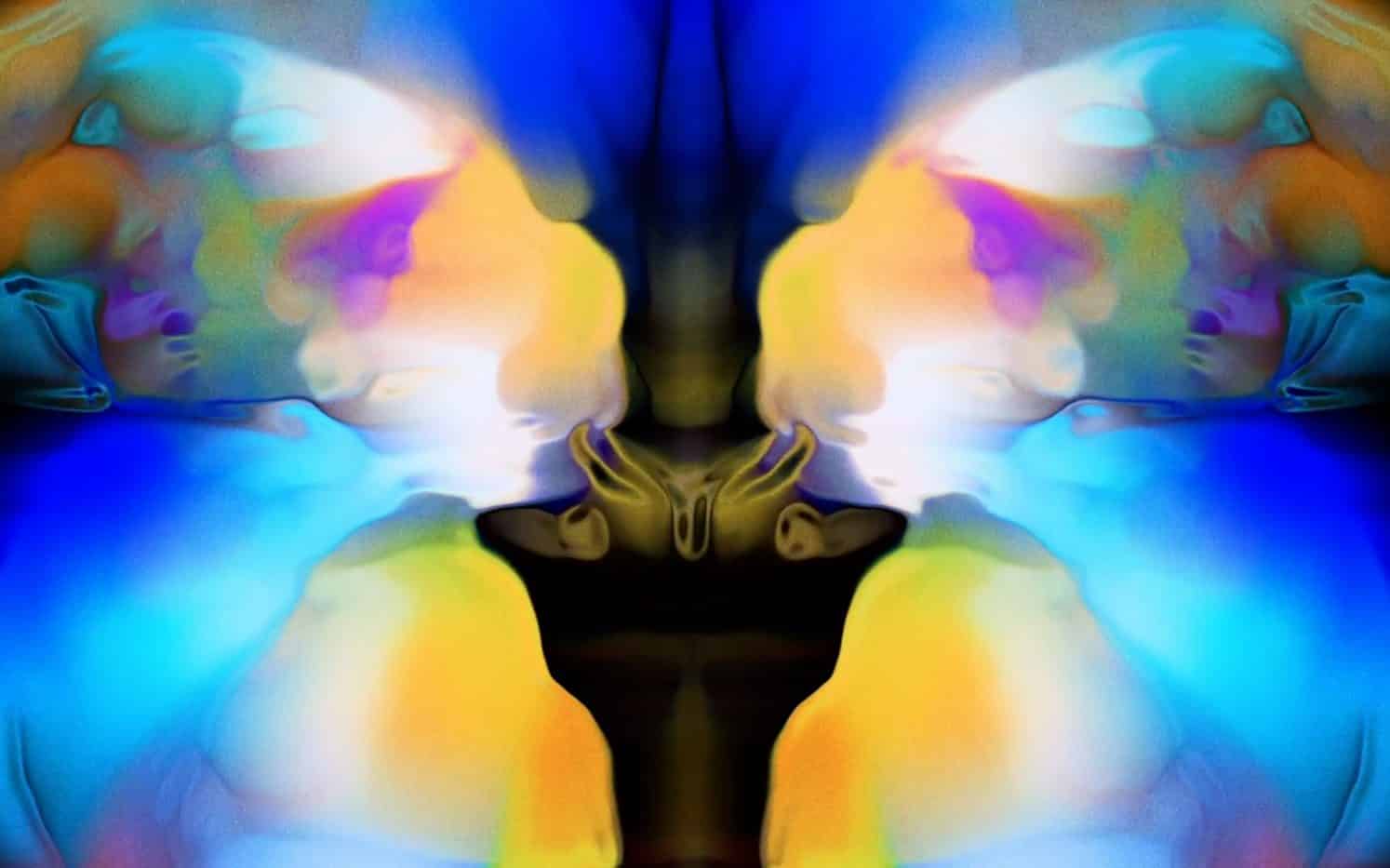