Our newest exhibition features orange-tinted works by a global mix of artists with loads of talent.

Beloved by artists throughout history, the color orange is associated with vitality, warmth and renewal. For New Jersey–based artist Adam Levine, orange is also the color of elevation — and the through line of “Uplift,” the new NFT show he’s curated on 1stDibs, spotlighting the work of an international group of digital creatives whom Levine thinks deserve a bump in recognition.

“I’ve chosen a selection of artists who are operating at a highly skilled level, making really awesome art that more people should know about,” says Levine, known online as Adamtastic. As curator, he gave each participant the freedom to interpret the word uplift as they saw fit, with the proviso that they include at least a hint of his favorite hue in their exhibition piece.

“Whether it’s a tiny speck or an entire visual language, orange unifies these very different styles and visions,” Levine explains. “It also stands for positivity and the unexpected connections that occur when artists exchange ideas.”

Collaboration in the metaverse is something Levine is especially passionate about. An experienced animation artist who has been working as a creative director for more than 15 years, he entered the world of NFTs in 2020 thanks to the invite-only, audio-focused Clubhouse app.

“At the height of the pandemic, Clubhouse was a thing, a place to communicate and engage openly with anybody. As a new platform, it felt like we were all starting from scratch, exchanging ideas about NFTs at the same time. It was a community and even a kind of utopian moment in art,” says Levine, who is a strong believer in countering crypto-elitism.

“Unfortunately, with all the hype that initially surrounded NFTs, the usual people quickly rose to the top, as if it was an exclusive club only for the popular and powerful — mainly cis white men,” he continues. “The beauty of ‘Uplift’ is that the entries are drawn from a wide demographic of digital innovators that widens the art perspective, as [the pioneers of the NFT space] originally intended.”

Levine’s own NFT for “Uplift” is an animation called Mellow. It embodies the same adorable positivity as his ongoing “Fluffy Goodness!” series of whimsical creatures who invite viewers to connect with their inner-child.

This time, his character is a fuzzy ball of orange, happily swinging in a starlit universe of electric blue and magenta. The meditative beastie is blissfully in tune with his surroundings, and as Levine explains in his accompanying text for his artwork, Mellow is about the comfort that community brings.

“Simple acts of kindness help to drive emotional connections,” he writes. “No matter what negative outside forces may be at work, a positive one will always travel faster and further, allowing those in its path a moment to relax, soak in life and be mellow . . . if only for a moment.”

Levine invites artists to collaborate on every “Fluffy Goodness!” drop, allowing them to embellish his cartoonish NFTs with their own visual language, warping, glitching and decorating his cuddly creatures with new features.

This meshing of ideas and styles has led him deeper into the culture and creativity of the Ethereum ecosystem, steering him toward a community of crypto creatives as wide-ranging as it is inventive, as proved by the show’s selection of contributors.

“The artists I have chosen for ‘Uplift’ are all so different,” Levine points out. “Matthew Crumpton is a Los Angeles–based painter who digitally transforms his bold, striking physical work into satisfying, looping animations. Krista Awad is a Surrealist painter who isn’t afraid to take risks. Her work is as deliberate as it is serendipitous, woven together with a unique narrative all her own. Spanish artist Tormius uses vivid and defined geometric forms to create intricate patterns influenced by the Polish avant-garde of the 1920s, while artist frick, who is based in India, imagines these vast landscapes in which human forms are energized by their surroundings.

“Rupa Biswas, aka wearingfondness, who has a fashion background, often explores the strength of the female form. Her characters are distinct and incredibly vibrant,” he adds. “Shay the Surrealist is a photo-collage powerhouse whose compositions invite viewers to see the world with new eyes. Rounding out the collection is Oshea Drake, or, Izzakko, a 20-year-old artist and champion of diversity and inclusion whose work often celebrates Black beauty and excellence via subtle yet powerful imagery.”

For the San Francisco–based Drake, uplift implies an emancipatory process. In her portrait Paranormal Satisfaction, she contrasts inky shadows with vibrant abstract patterns, resulting in a highly stylized silhouette that adds a sense of urgency to a graceful moment of contemplation. “As artists, we have the ability to create imaginary worlds and allow anyone to step into them. I believe we should continue to let our minds run free,” she says of her practice, which uses creativity as a catalyst for change.

According to frick, freedom means a departure from the real and the now. “Reality is overwhelming, and everyone wants to get away from it. I wanted to create an artwork that people could escape to,” he says of his first-person-point-of-view video Felt like running outside. The piece casts the viewer as a “runner” fleeing from a place of gloom to a magical crepuscular landscape where clouds are lit by the fading sun’s orange glow.

For Tormius (real name Adrià Tormo), uplift connotes positivity and the power of interdependence. “If one person is uplifted, the rest are, too,” he offers as an introduction to his NFT As a fish rises from the water. His titular fish has a geometrical configuration made up of a multitude of colorful shapes, underscoring his belief that different forces drive individual expression, with connectivity lying at the heart of everything we do.

This sentiment is echoed by Levine, who hopes that the show will shine a light on the wealth of creation within the NFT space. “Deeper connections between artists can bring about change that can help to support women and minority artists who are in danger of being left behind,” he says. “The default in the cryptoart space has been to assume or allow it to be overwhelmingly white and male. We need to change the culture. We need to uplift.” 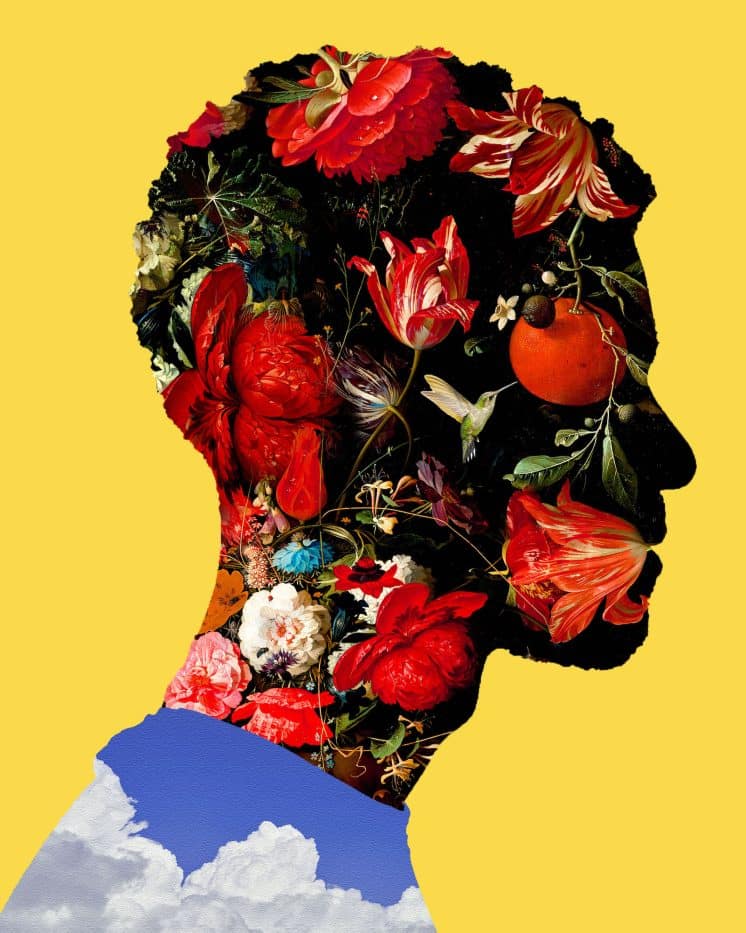