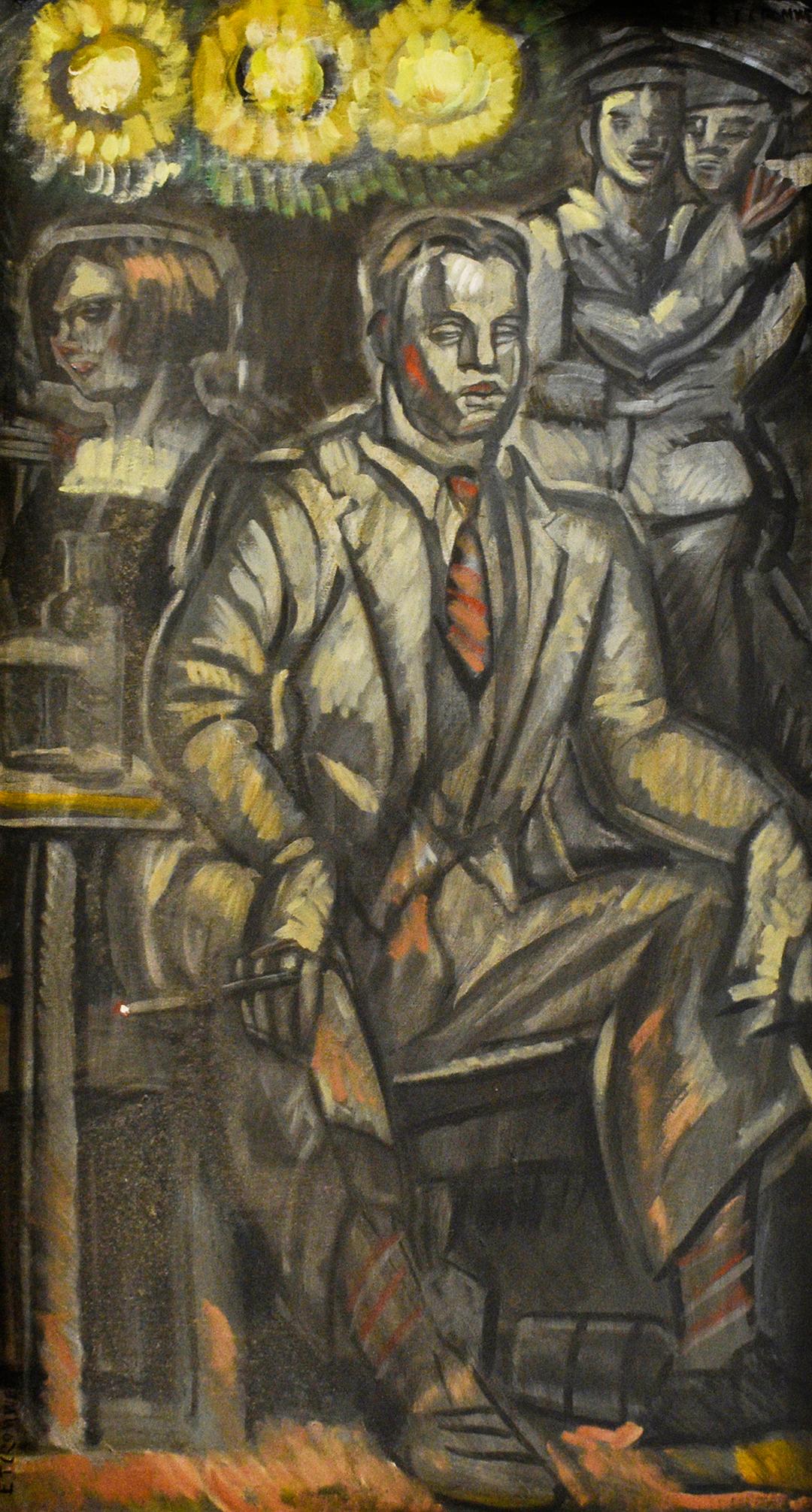 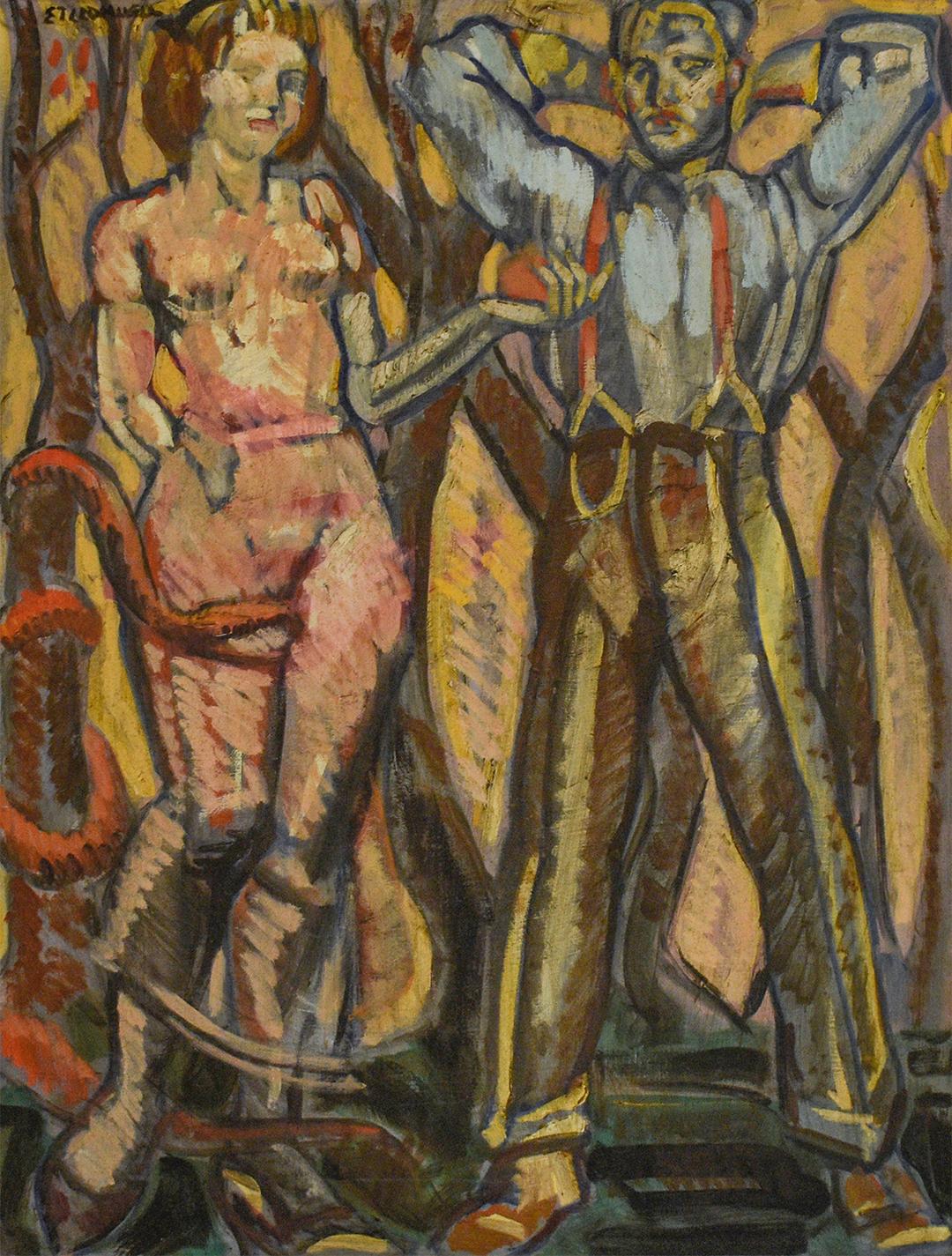 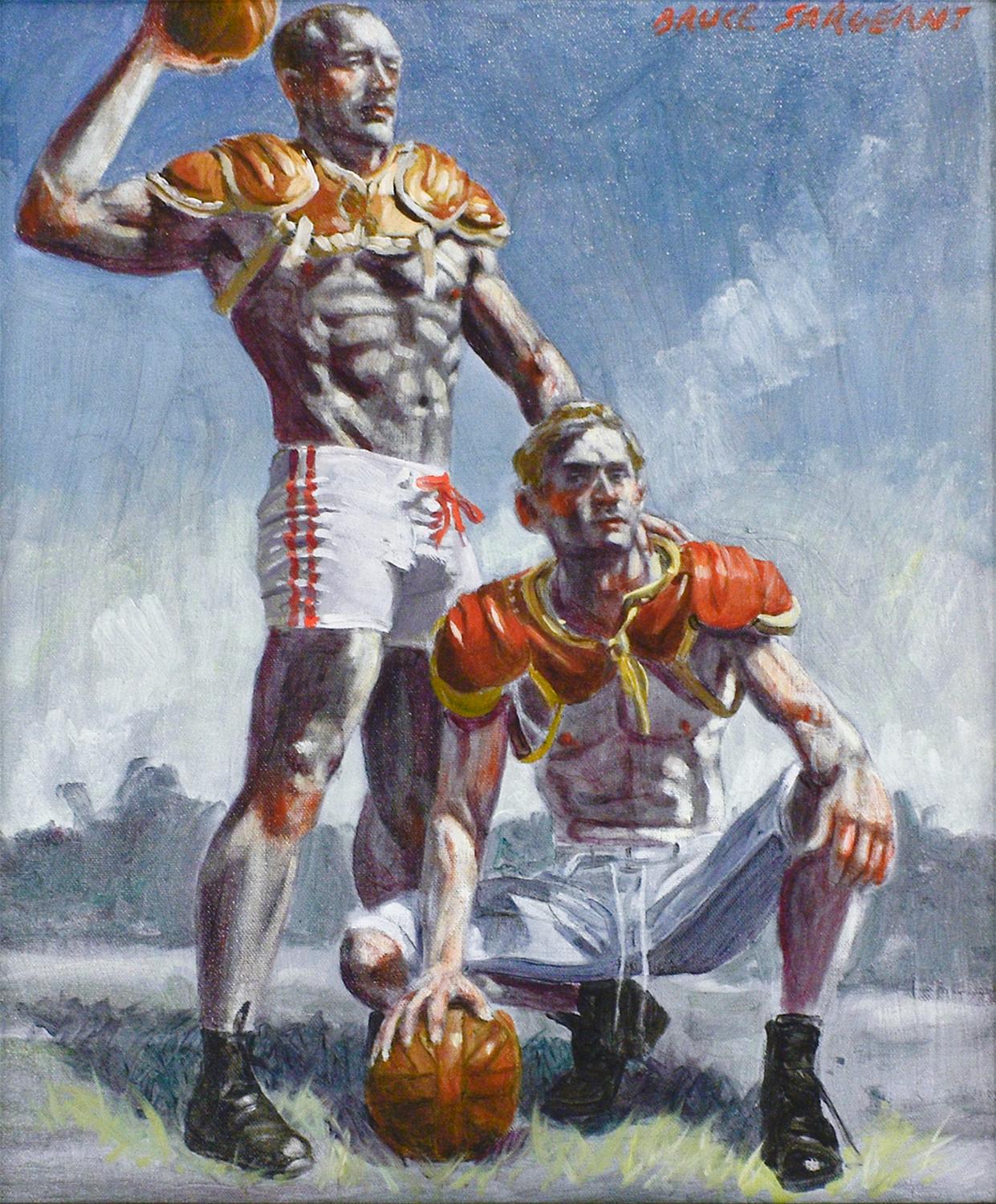 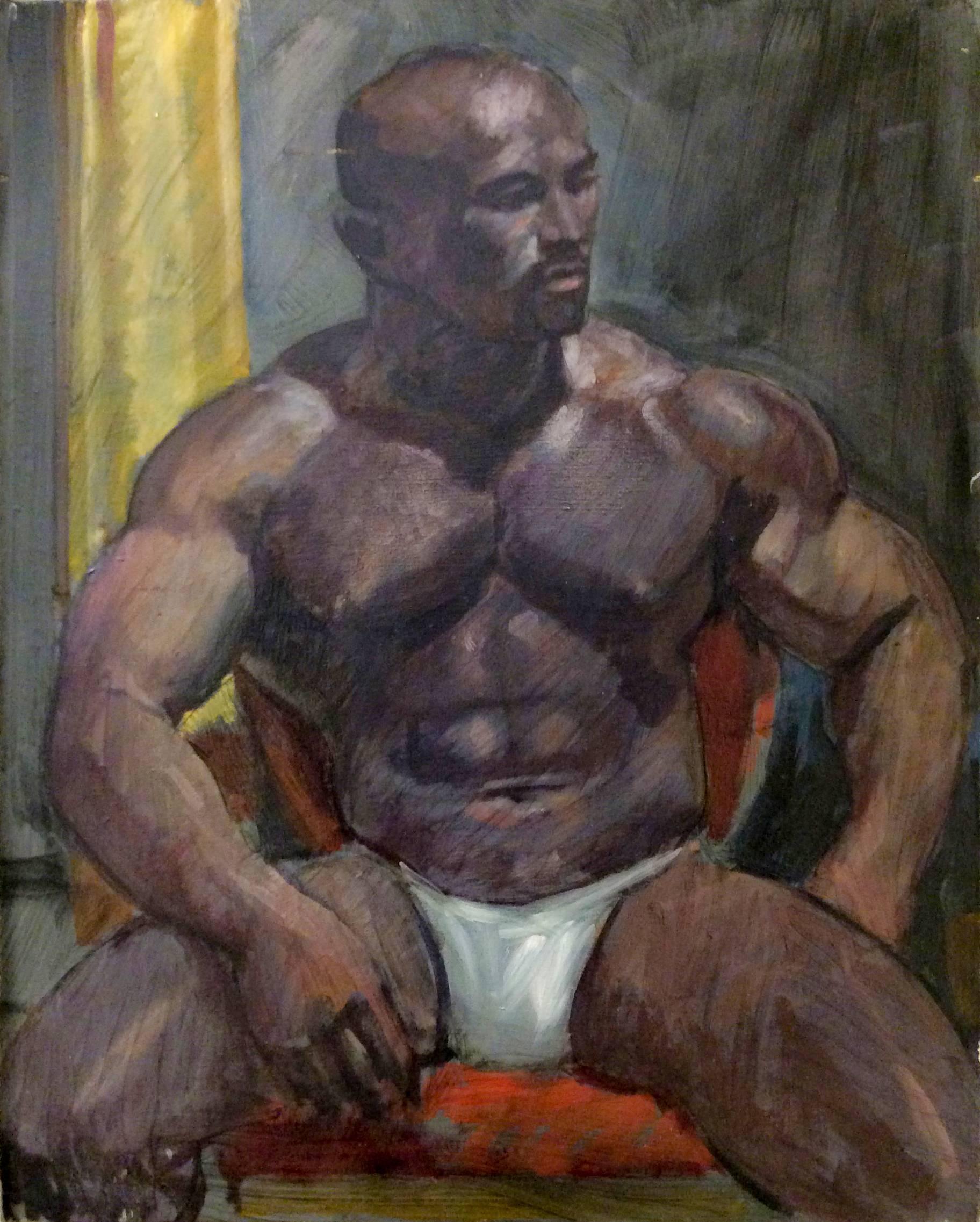 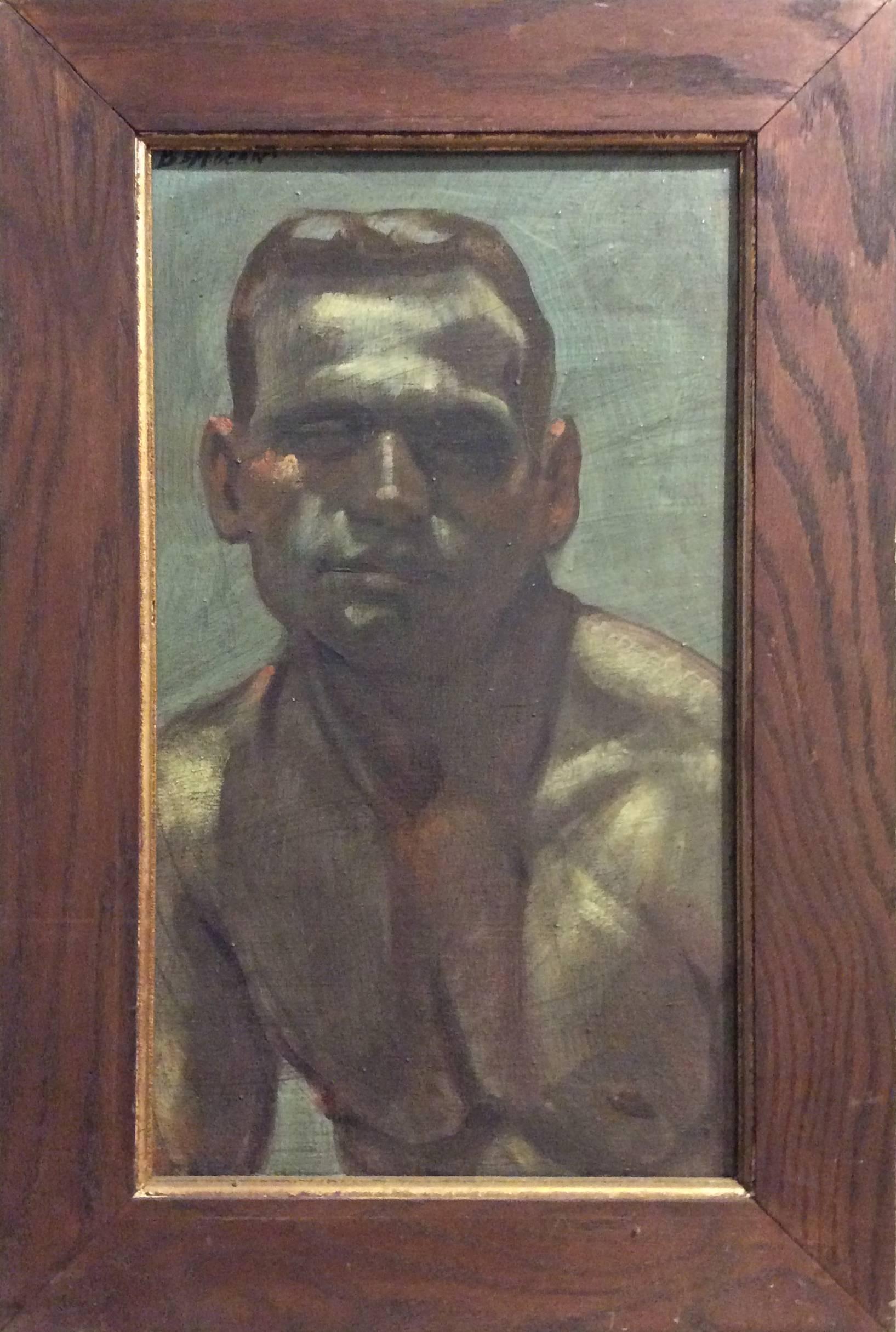 Mark Beard - A Wrestler, His Girlfriend, Their Dog (Figurative Oil of Athletes by Mark Beard) 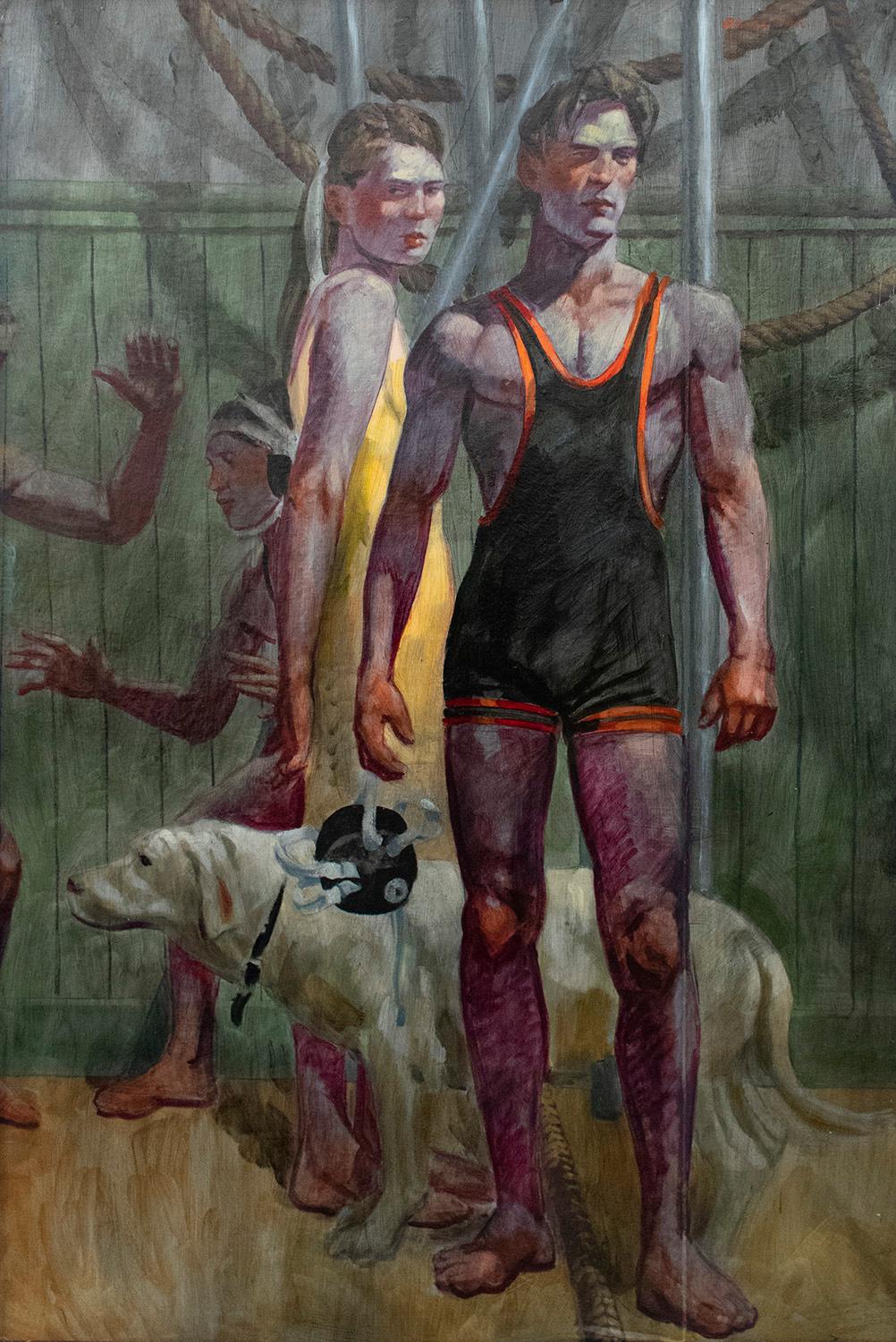 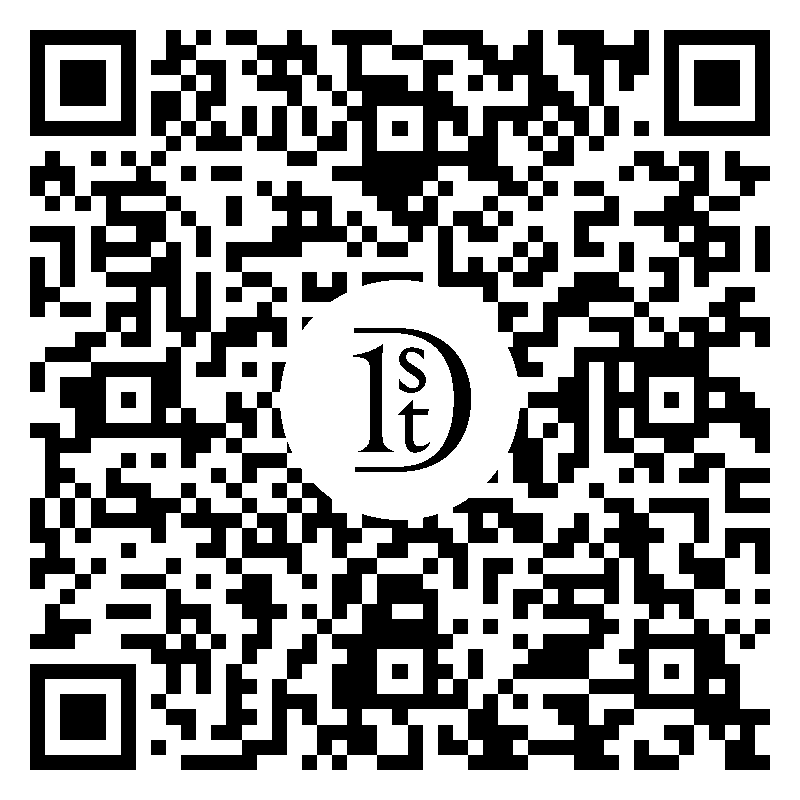 Figurative oil on canvas painting of a young athletic male 24 x 20 inches, 29.5 x 23.5 inches vintage gold painted wood frame signed B. Sargeant in red in upper right hand corner This academic style portrait of a single male athlete, presumably a swimmer, was painted by Mark Beard under his fictitious persona, Bruce Sargeant. He is poised shirtless with atheletic abdominal muscles and his hands on his hips. The figure's flesh has a grey coloration, typical of Mark Beard's painting. Spots around the elbows, chest, nose and knees are slightly rouged. Painted in a traditional style, calling to mind a contemporary John Singer Sargent. About the artist: Mark Beard is perhaps the most literal example of an artist pulled in so many different directions that he chose to “invent” six different personae in which to channel his overflowing energy and need for expression. Each painting style is radically different from the next, so it remains entirely believable that the work could stem from six completely different people of different time periods and different schools of thought. With a background in set design, Beard has always been one who could conjure total magic with anything available. For this exhibit, he returns as the beloved 20th century painter from England, Bruce Sargeant, featuring a parade of Arcadian scenes suggesting afternoons of young men sporting in the countryside, rowing, bicycling, hunting or wrestling. Clean shaven, well manicured youths pose casually, indulging every opportunity to display a titillating flex of stone-like musculature. Like modern Greek statues, Beard paints these prestigious figures oftentimes in pairs of twos and threes in a lazy state of beautiful passivity. Mark Beard keeps himself fresh with challenge, undertaking ambitious commissions and committing to weekly sketch sessions with live models in his Manhattan studio. The result of this dedicated practice is a stunning array of graphite and conte crayon drawings on Arches paper. Mark Beard has exhibited with our gallery for nearly twenty years and there has never been a dull moment. Mark Beard, born in 1956 in Salt Lake city, now lives in New York City. His works are in museum collections worldwide, including the Metropolitan Museum of Art, New York City; the Museum of Modern Art, New York City; the Whitney Museum of American Art, New York City; the Boston Museum of Fine Arts; and the Harvard, Yale, and Princeton University Art Museums; among many others. We would not be the least bit surprised to see new ‘personas’ emerge in the coming years. 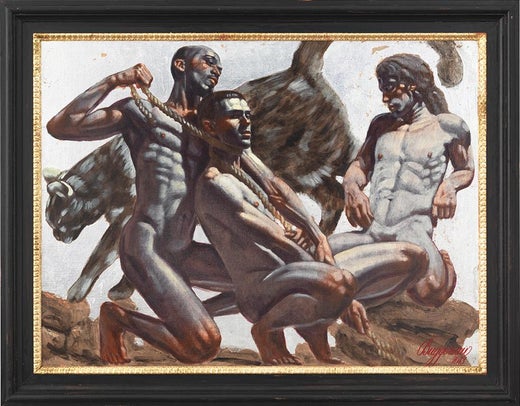 1stDibs Buyer Protection Guaranteed
If your item arrives not as described, we’ll work with you and the seller to make it right. Learn More
About the Seller
5.0
Located in Hudson, NY
Platinum Seller
These expertly vetted sellers are 1stDibs' most experienced sellers and are rated highest by our customers.
Established in 1991
1stDibs seller since 2013
494 sales on 1stDibs
Typical response time: 1 hour
More From This SellerView All
People Also Browsed
You May Also Like