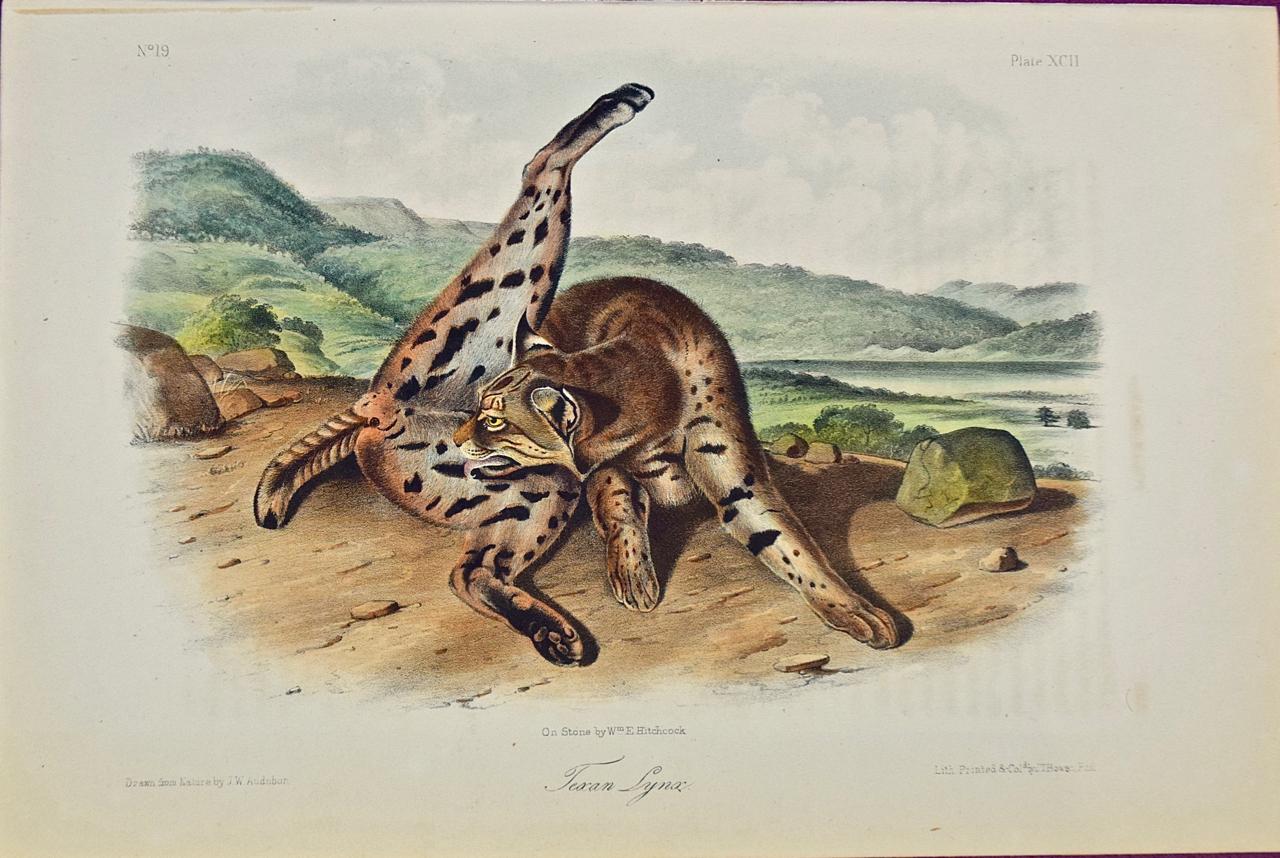 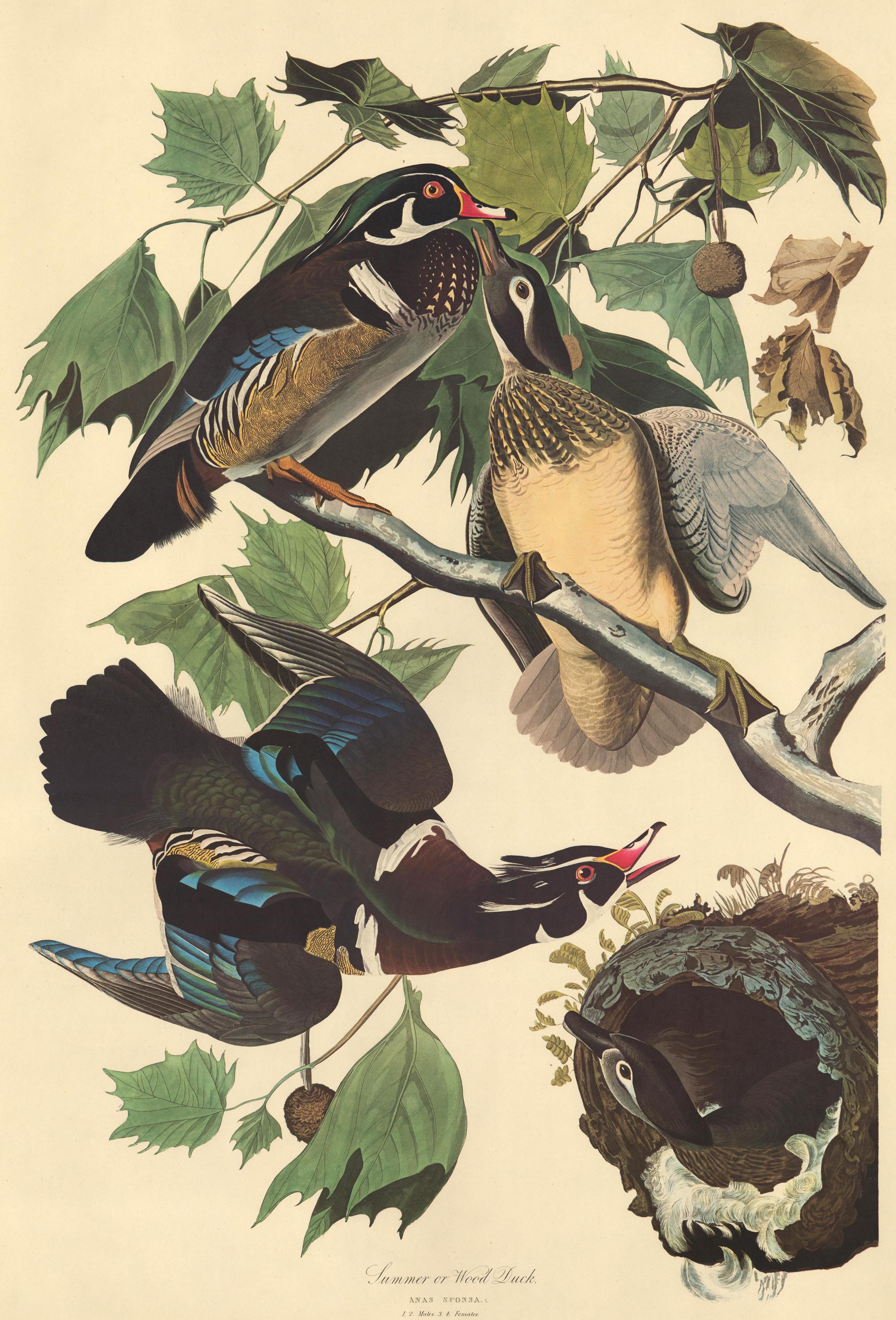 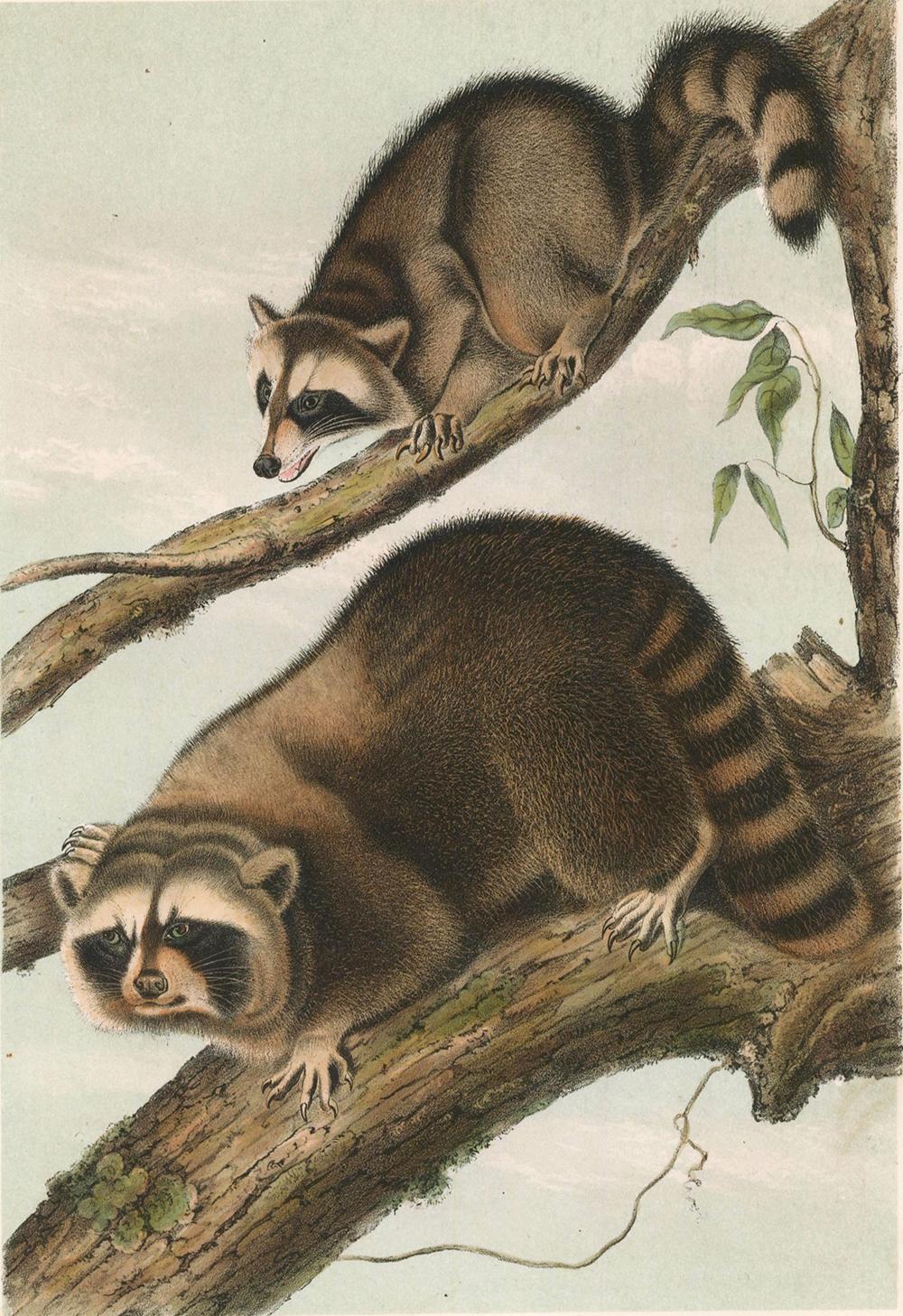 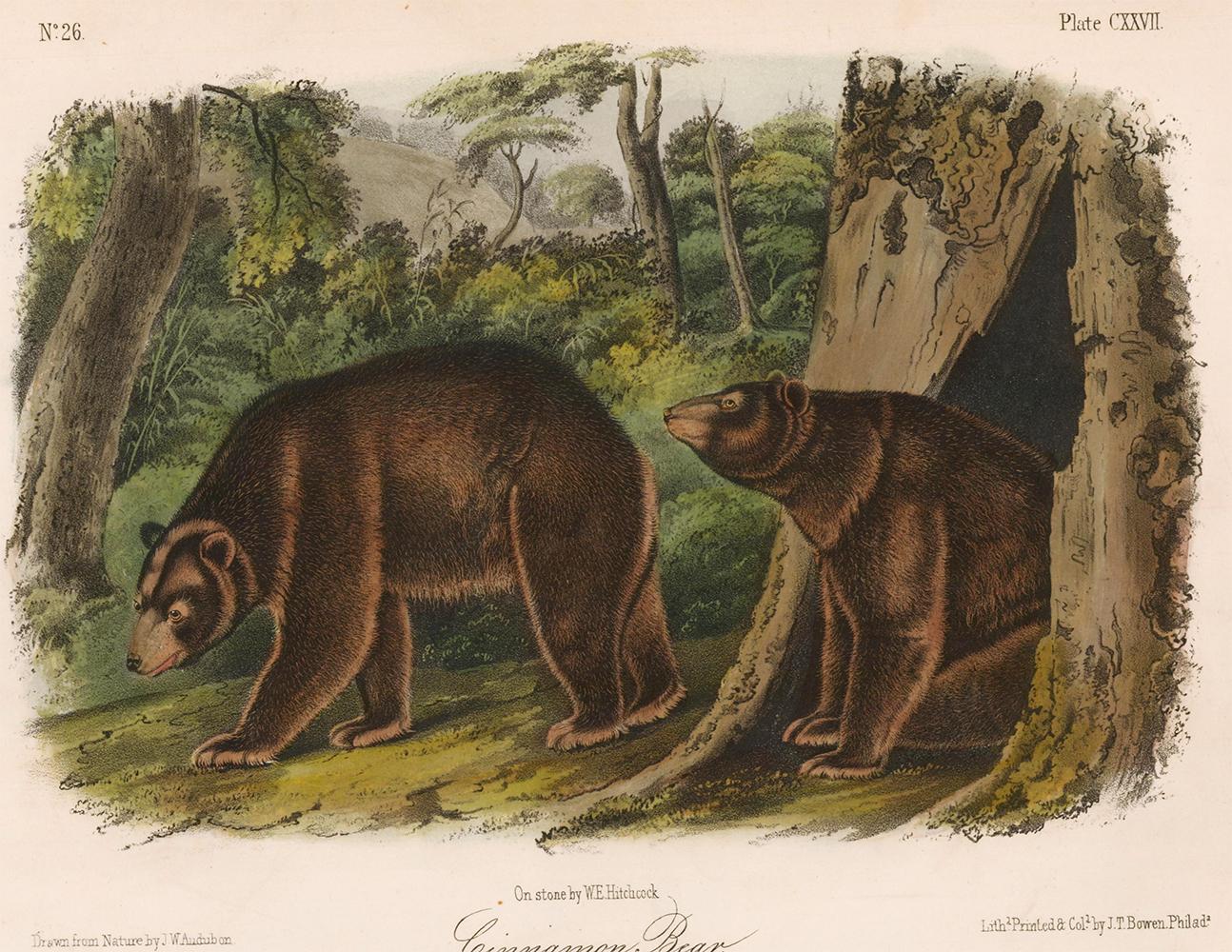 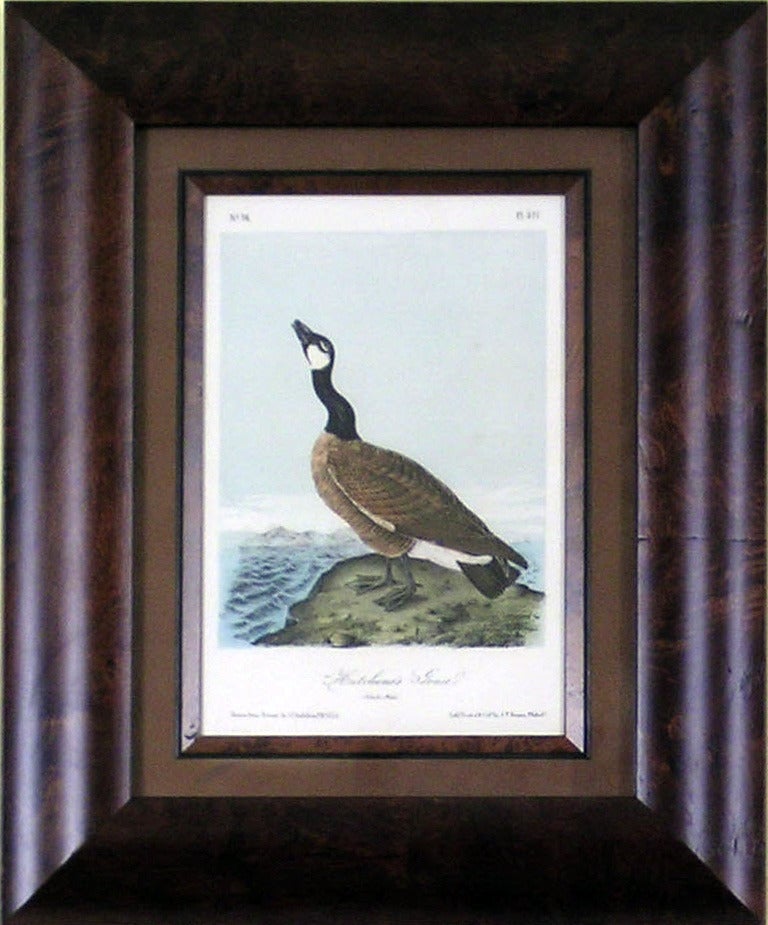 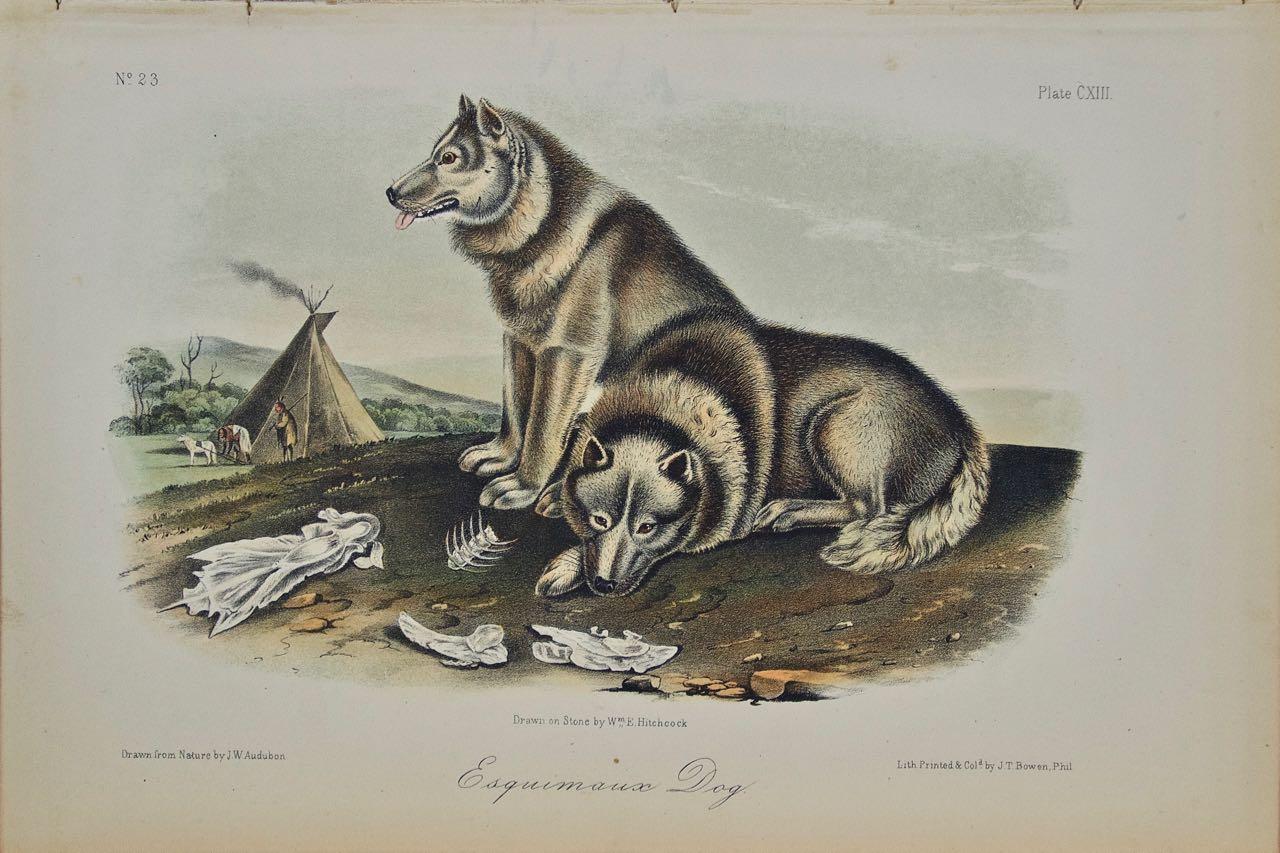 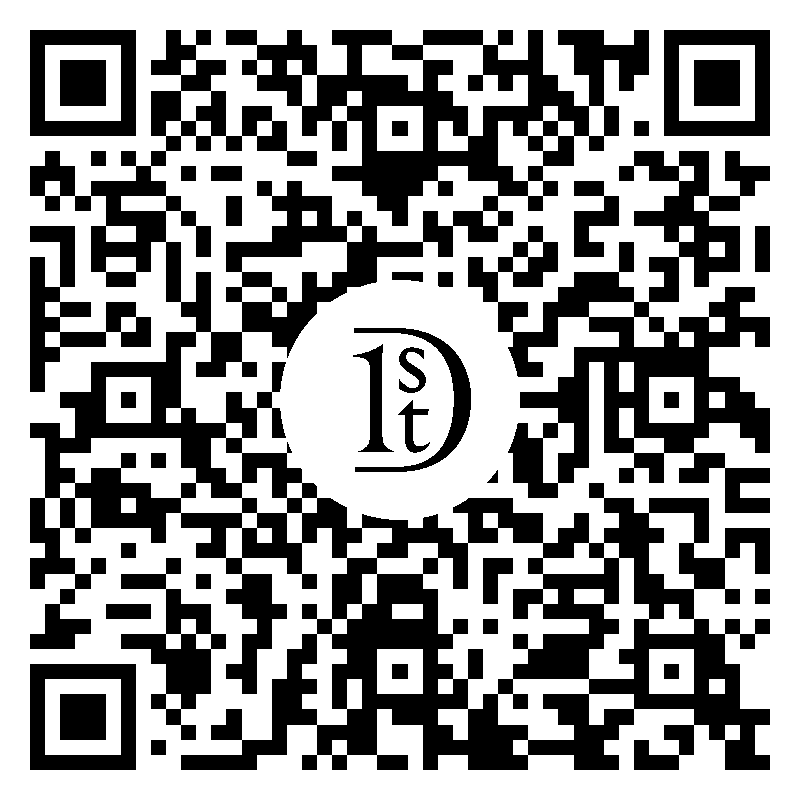 JOHN JAMES AUDUBON John Bachman The Viviparous Quadrupeds of North America Published by V.G. Audubon Lithograph with Original Hand-Coloring New York 1849, 1851, 1854, 1870. Royal Octavo Edition The Viviparous Quadrupeds of North America is the most outstanding work on American animals produced in the 19th Century. Audubon started to gather material for this second great undertaking in the 1830s, as Robert Havell was finishing the last plates for the Birds of America. John Bachman, a Lutheran minister, who had been the artist’s closest friend and supporter for many years, wrote all of the scientific descriptions and acted as a scientific editor for the work. Audubon’s two sons, John Wodehouse and Victor, also took critical roles. They contributed a great deal to the Birds of America, because of their father’s failing health and eyesight. Their help was even more important to the Quadrupeds. John Woodhouse, using a style modeled on his father’s, was primarily responsible for the plates produced after 1846. The small quadrupeds were published in octavo form just as the birds, but for the first time, the name of Audubon's son, John Woodhouse Audubon, appeared on the plates. J.T. Bowen was the lithographer. A number of artists, chiefly William E. Hitchcock and R. Trembly, transferred the images to the stones, signing their names on the plates. The Quadrupeds, as Audubon envisioned the book, would complete his record of the animal life of North America. Father and sons started their travels in Eastern woodlands and went through Missouri to the Rock Mountains. They also collected specimens along the Mississippi as well as in the coastal regions in Florida and the East Coast. About 2000 copies of the first edition were sold. Other editions followed, the last in 1870. These 3-volume sets, as with the seven volumes of birds, were used as gifts to foreign governments by the U.S. government. The plates measure about 7x10 inches and are stone lithographs colored by hand. Audubon died in 1851, before this work was completed. The Quadrupeds have never received the widespread public acclaim which had greeted and sustained his Birds. Recently however, both collectors and scholars have re-evaluated “Audubon’s other book” as an unequaled record of American wildlife. Reference: The Art of Audubon. Peterson. NY, 1979. The Imperial Collection of Audubon Animals. Osborne. NY, 1967.

1stDibs Buyer Protection Guaranteed
If your item arrives not as described, we’ll work with you and the seller to make it right. Learn more
About the Seller
5 / 5
Located in Florham Park, NJ
Gold Seller
These expertly vetted sellers are highly rated and consistently exceed customer expectations.
1stDibs seller since 2014
146 sales on 1stDibs
Typical response time: 1 hour
More From This Seller