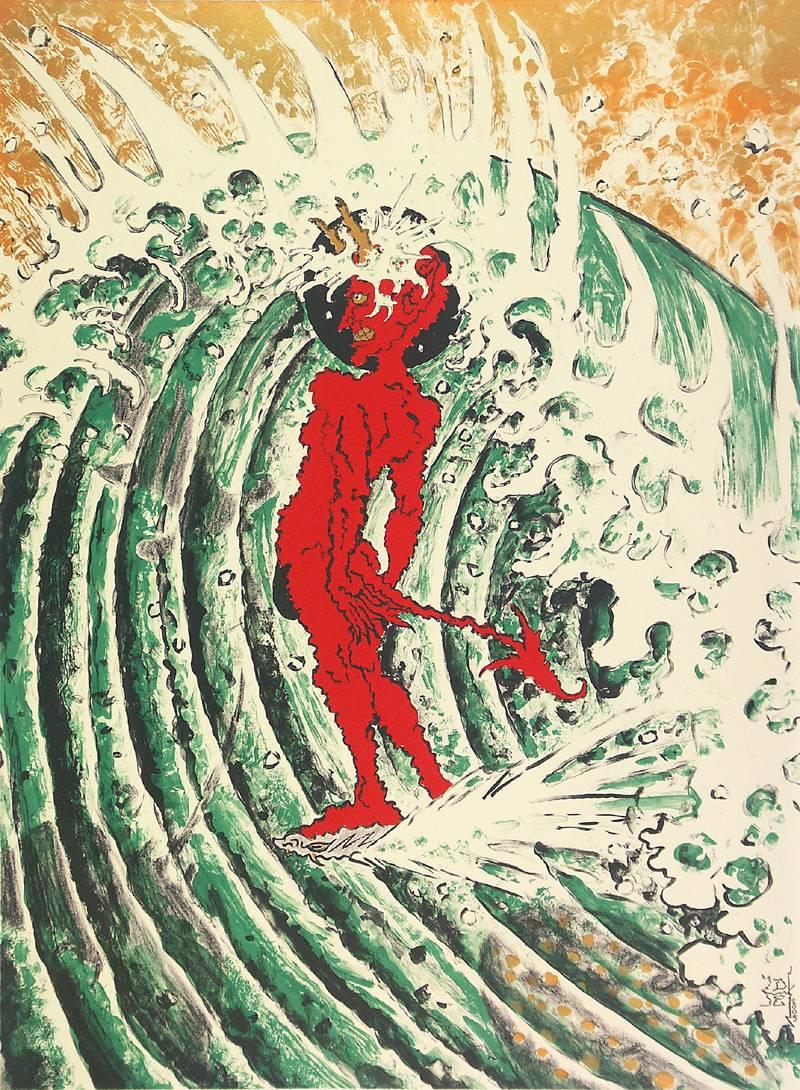 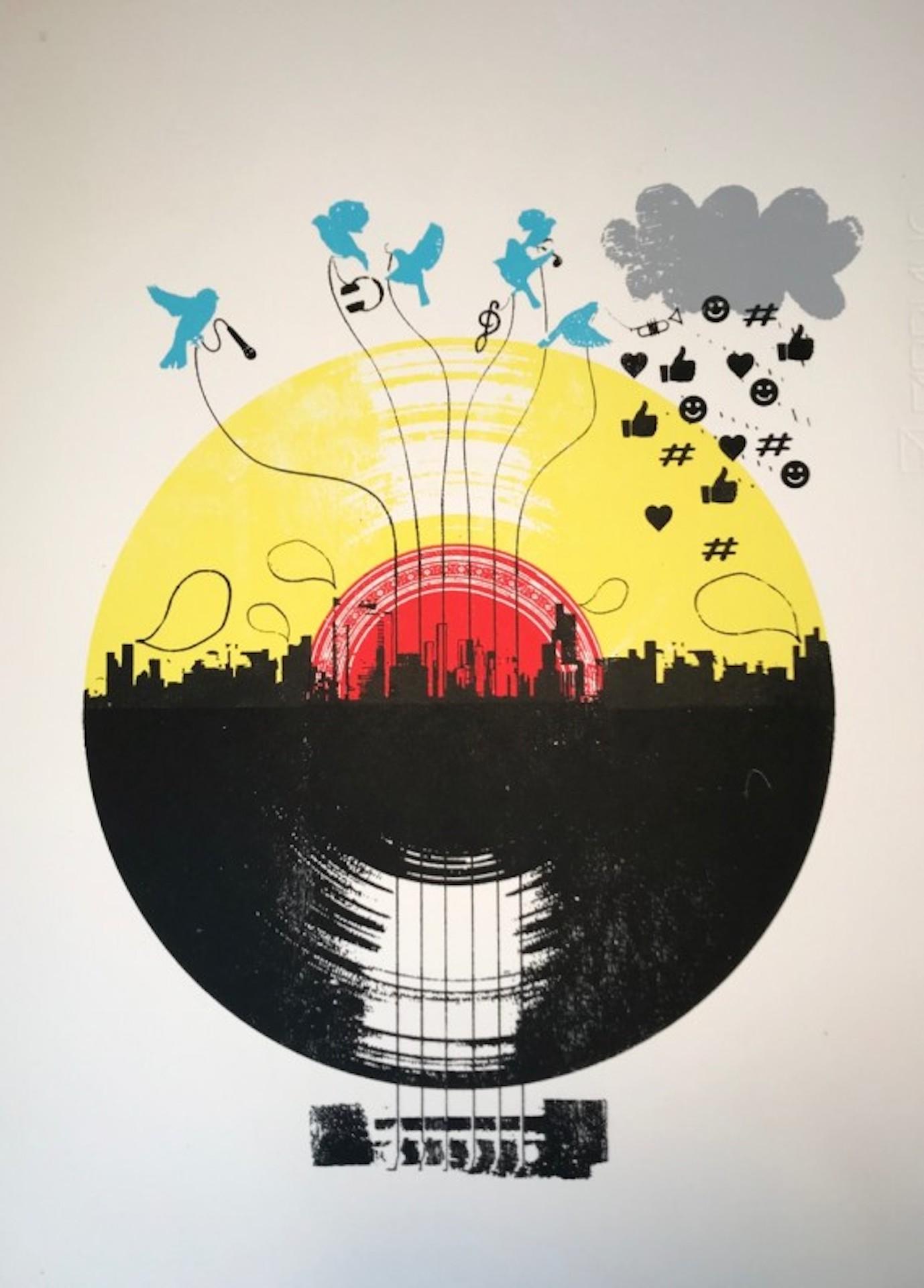 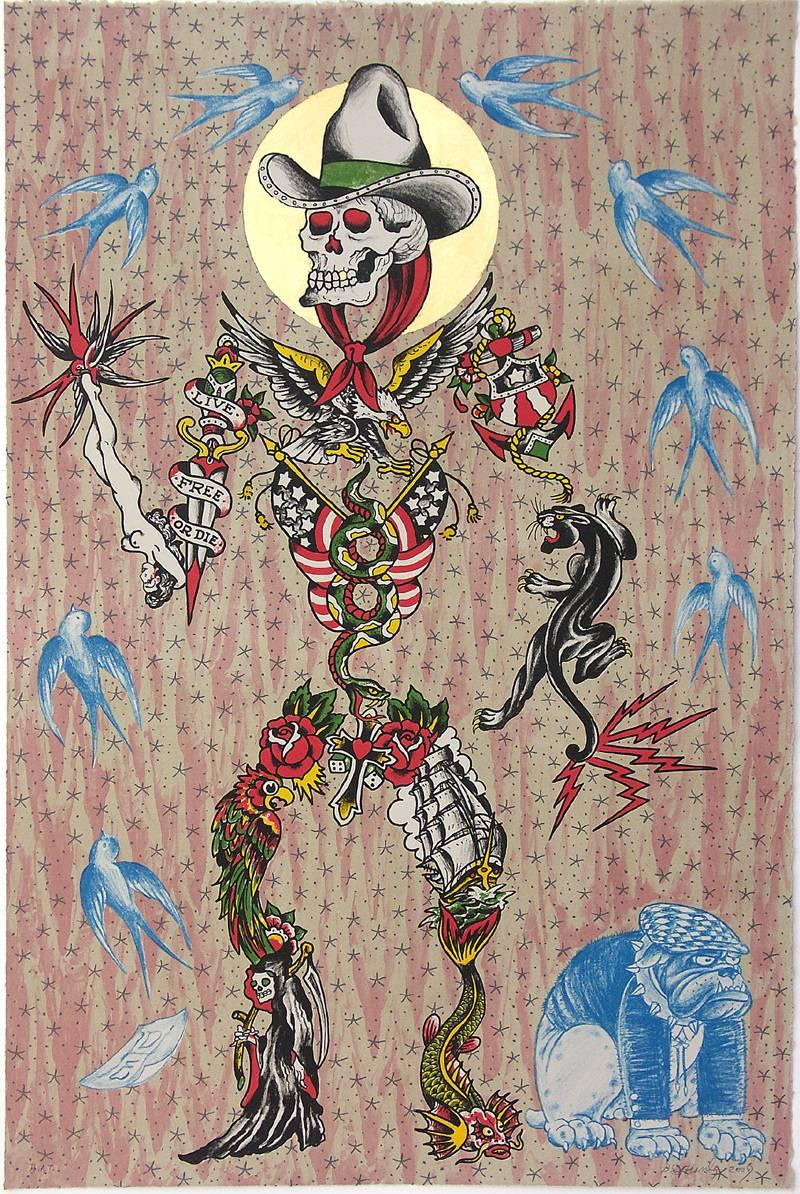 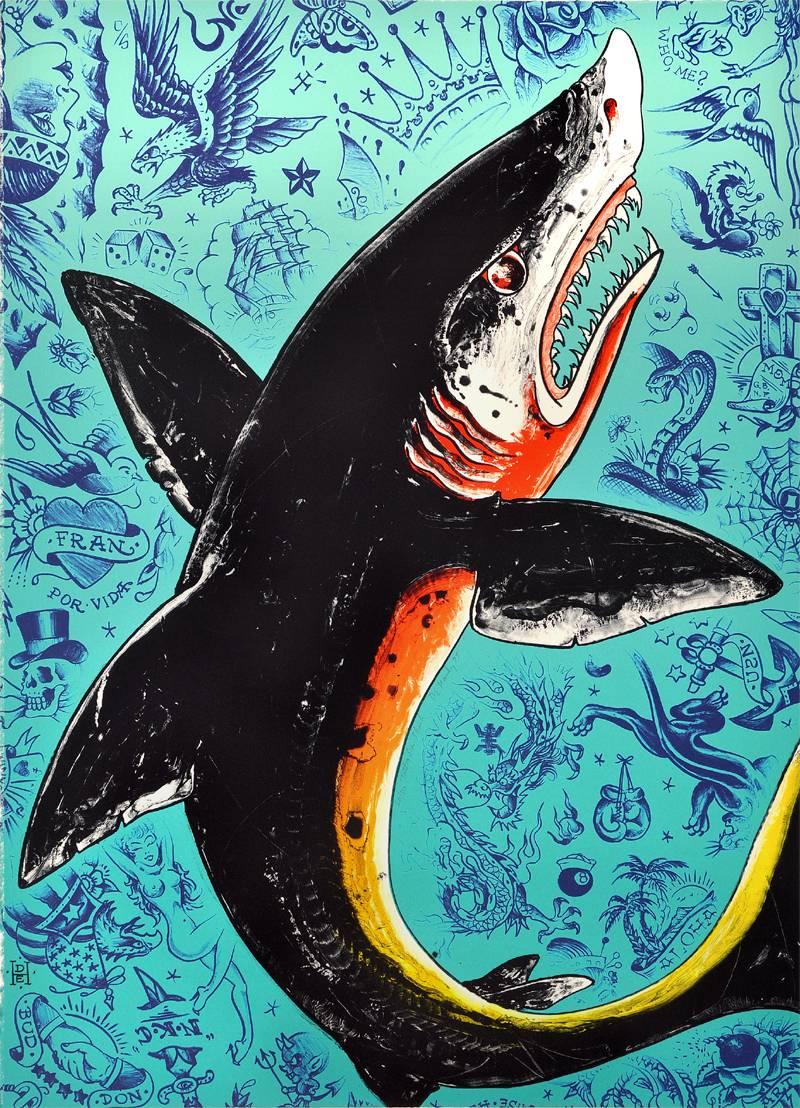 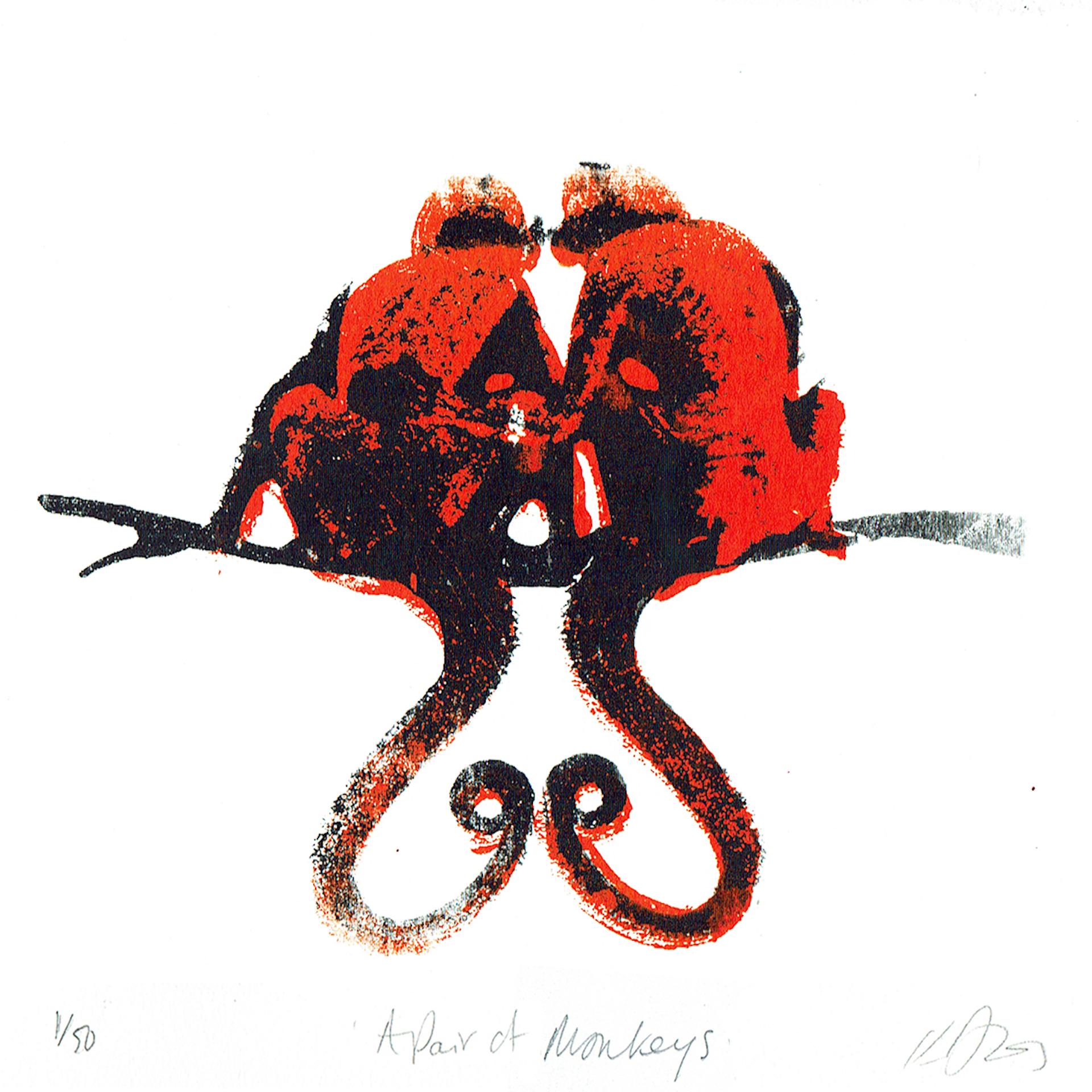 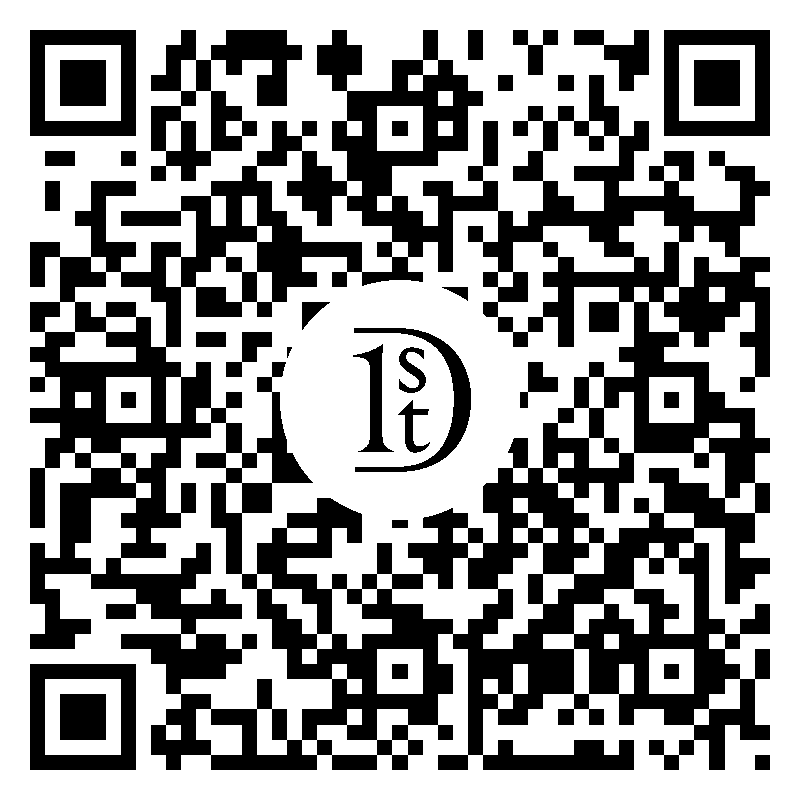 Color lithograph. Trial Proof. Hardy states: “The crawling black panther is one of the most elegant traditional American tattoo designs. It was first adapted by Milwaukee artist Amund Dietzel from an illustration by Marie Schubert in a 1934 children’s book on world mythology. The form is perfectly suited to fit an arm, leg, or other body musculature. It reflects the dragon shapes found on millennia-old Chinese bronze and ceramic vessels. Here the scenario is unclear: the “Little Lulu” style schoolchildren are either being threatened or protected by King Kat”.

In the world of art and fashion crossovers, there likely isn’t a more polarizing figure than Don Ed Hardy (b. 1945), a talented artist whose reputation as a tattoo master was blemished by the adoption of his work into a controversial fashion line. But there’s much more to Hardy’s story than the clothing — it begins with his revolutionizing the tattoo industry and ends with a bout of artistic redemption.

Born in Newport Beach, California, Hardy displayed an aptitude for drawing at a young age; he would go on to earn a degree in printmaking at the San Francisco Art Institute, where he took illustration classes under the likes of Bay Area figurative painters such as Joan Brown. But rather than pursue a career as a fine artist, Hardy turned to tattooing as his main form of expression, studying under tattoo legend “Sailor Jerry” Collins before traveling to Japan to learn from tattoo master Horihide. These two icons would influence Hardy’s style, which he would develop in his own shop.

Hardy’s first space, Realistic Tattoo Studio, opened in 1974. It was modeled after Japan’s premium tattoo parlors and was the first appointment-only tattoo studio in the United States. (Tattooing was less than low-brow in America at the time. New York City, for example, criminalized the act in the early 1960s, and the law remained in place for the ensuing decades.) Hardy would go on to create elaborate, sprawling back and chest pieces for his private clients and soon opened an additional public studio called Tattoo City. The artist garnered recognition for his work in the academic community, earned the Tattoo Artist of the Year award at the World Tattoo Convention in Houston in 1979, and by 1982, he was copublishing books on tattooing. Hardy played a major role in changing the public’s perception of tattooing from something that had been relegated to the margins to mainstream body art.

Of course, that shift in perception would ultimately lead to Hardy’s licensing of his work in 2003 to fashion magnate Christian Audigier of lifestyle apparel brand Von Dutch fame. Audigier plastered Hardy’s drawings across flamboyant hooded sweatshirts, which found a niche among quite a few controversial celebrities, including cast members of American reality-television series — this tainted the brand with a negative connotation. Some turned against Hardy, decrying Audigier’s apparel as gaudy and tasteless.

“People began globally to know my images, my name and my signature, but they didn’t know there was a real person behind it,” Hardy told CNN. Hardy and Audigier’s partnership ended in a settlement after a court battle in 2009.

Hardy has returned to the world of fine art, with galleries, museums and collectors lauding his drawings and paintings. In 2019, Hardy became the subject of a retrospective at the de Young Museum in San Francisco. Although he retired from tattooing in 2008, he still works closely with Tattoo City, which is currently managed by his son, Doug. 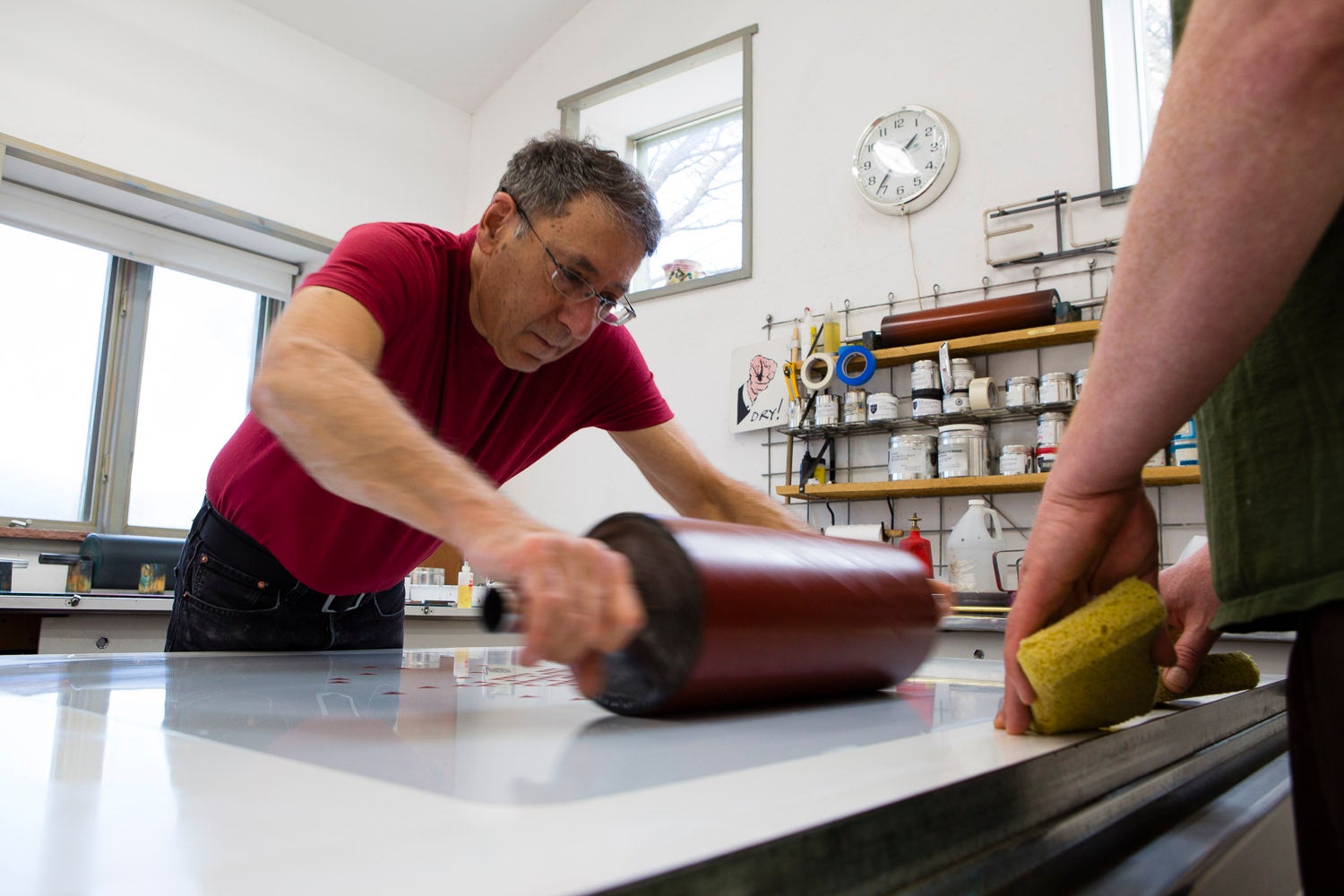 Poisson - Paul Guiramand - 1960s - Lithograph - Contemporary
By Paul Guiramand
Located in Roma, IT
Poisson is an original print: a colored lithograph, hand-signed in pencil on the lower right margin. An artist's proof in excellent conditions, including passepartout: 34 x 49 cm. ...
Category

$99 Sale Price
77% Off
Birds - Original Screen Print by M. Pirro - 1980s
Located in Roma, IT
Birds is an original screen print realized by Marcello Pirro, Hand-signed, numbered, edition of 64/75 prints The state of preservation is very good. The artwork represents a brill...
Category