A Designer and a Gallerist Create the Ultimate Salon Walls

The Antony Todd Home x Robin Rice Gallery project in New York is a collaboration that Pinterest dreams are made of.
by 1stDibs
Pin
Share
Tweet
Email 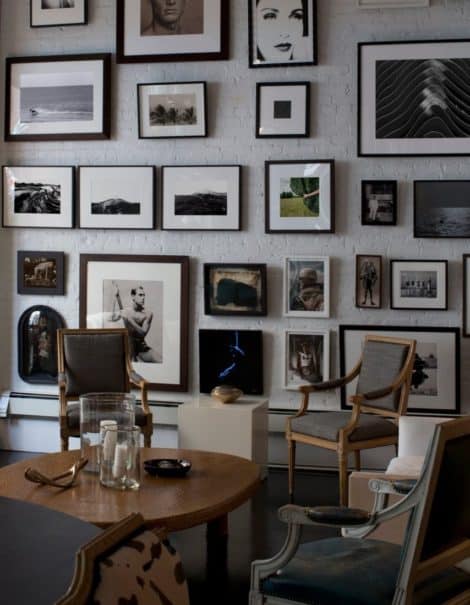 It’s easy to see what draws Antony Todd and Robin Rice to each other. The pair, who met in the early 1990s when Todd purchased art from Rice’s gallery, each have an energy that propels them to explore, collaborate and create. Todd designs everything from interiors to furniture to events and has a home-goods store in New York’s Greenwich Village and a showroom in Istanbul, while Rice is a fine-art photographer and a West Village gallerist.

Now, the two have collaborated on a project in which Antony Todd Home is given the gallery-style treatment of Rice’s annual Summer Salon. “I wanted to create something new in New York,” Rice says of her impetus for the project.

There are about 60 pieces on view, half of which are dramatically hung floor to ceiling on a white-painted brick wall, visible before you even enter the store. Inside, Todd carries an array of items that range from 19th-century Japanese brushes to 1940s French bergères to silver candleholders of his own design. The works that he and Rice chose to display are mostly black and white photographs, and although some of the images were created as recently as 2015, they all have a vintage aesthetic and timeless feel.

“I did the first edit after speaking to him,” Rice says, “then he approved the ones he thought would fit best. A true collaboration.” On the invitation to the opening-night party, they had Jane, 2008, by Amy Postle, a black-and-white photograph of a woman’s bare legs in open-toed heels. The glamorous Chanel Vertical, 1990, by Todd Burris, looks like the portrait of an Old Hollywood ingenue, and it hangs in a living room vignette above an armless sofa upholstered in a statement-making toile. Rice’s own Diver Series #3 Anguilla, 2006, shares the same wall.

Part of what makes this show so special is the setting. “The opening night was magical,” Rice says. Instead of standing around and looking at art on the sterile white walls of a gallery, guests were welcome to sit on the furniture and experience the space in comfort. Even as we begin to feel like summer is drawing to a close, this show, up through September 4, keeps us firmly entrenched in the happy, carefree season.