Aki Kuroda, the polyhedric Japanese artist, active in Paris since 1970. His first solo exhibition was held in 1978 in Germany. In 1980, he was selected for the 11th Biennale de Paris and in 1994 for the Sao Paulo Biennial. He had solo exhibitions in Europe, Japan, Brazil, USA and China, including at the National Museum of Bratislava in 1992 or the National Museums of Modern Art in Tokyo and Osaka in 1993–94. In 1992, Aki Kuroda began creating performances that mix different art forms, collaborating with famous personalities of the art world or architects. He is still remembered today for public and private commissions, like murals for the Pôle Universitaire Léonard de Vinci, the Cultural House of Japan in Paris, the coffee shop in the Musée d'Art Moderne et Contemporain de Strasbourg, the City of Paris and many others. 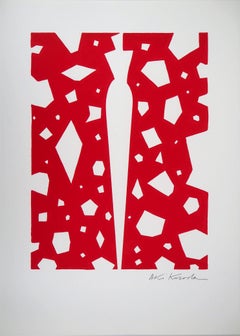 Untitled - Original Lithograph by Aki Kuroda - 1980s
By Aki Kuroda
Located in Roma, IT
Untitled print is an original color lithograph on paper, realized by the multidisciplinary Japanese artist, Aki Kuroda (Kyoto,1944). Signed in pencil by the artist on the lower rig...
Category 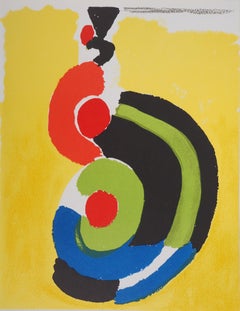