Alexandre Pavlovitch Chemetoff (aka Chem) was indeed a tireless all-rounder, illustrator, graphic designer, typographer, art book designer and painter. This abundance of talent is undoubted to be found in the meanders of an adventurous life that marries the dramas of the 20th Century. Chemetoff was born in Russia in 1891, in Rostov-on-Don. He studied chemistry in St. Petersburg, mobilized in 1917, he was caught in the turmoil of the Bolshevik revolution, he embarked on civil war, and with the debris of the white army leaves Sevastopol and arrives in Tunisia, where to survive he uses his artistic gifts for drawing. Arriving in Paris, he experienced a difficult period, which had required him to work in all areas, from advertising to caricature in the press of Russian exiles, through the illustrations for the albums of Father Castor. During the war, he refused to make a deal with the occupier, he moved to Châteauroux. He participated in the Resistance, putting his graphic virtuosity to make false papers. At Liberation, back in Paris, he was a model maker, creator of beautiful books and worked for movie sets. He died in 1981. 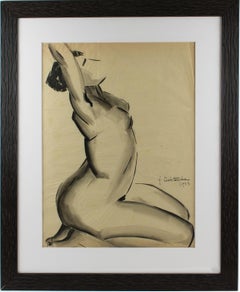 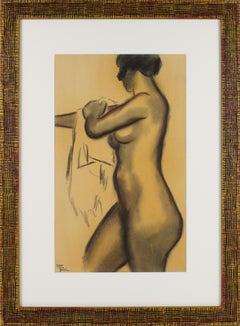