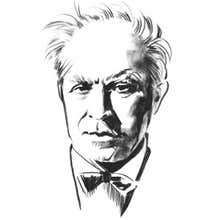 An architect, furniture and industrial designer and editor, Gio Ponti was arguably the most influential figure in 20th-century Italian modernism.

Ponti (1891–1979) designed thousands of furnishings and products — from cabinets, lamps and chairs to ceramics and coffeemakers — and his buildings, including the brawny Pirelli Tower (1956) in his native Milan, and the castle-like Denver Art Museum (1971), were erected in 14 countries. Through Domus, the magazine he founded in 1928, Ponti brought attention to virtually every significant movement and creator in the spheres of modern art and design.

Find a range of Gio Ponti furniture on 1stDibs.

20th Century Gio Ponti Fontana Arte Coffee Table in Wood and Butterfly Glass Top
By Fontana Arte, Gio Ponti
Located in Turin, Turin
Coffee table designed by Gio Ponti in '50s for Fontana Arte. The table has a very special structure in lacquered wood and the top is in glass shaped as a butterfly. Published in: ...
Category

Small Coffee Table in Rosewood and Glass Molteni&C by Gio Ponti - D.552.2
By Molteni & C, Gio Ponti
Located in New York, NY
Part of the Molteni&C Heritage collection, this coffee or small table is a re-make of the D.552.2 designed initially in the 1950s by iconic designer Gio Ponti for the company M. Sing...
Category

Writing Desk in Solid Ash Wood Molteni&C by Gio Ponti D.847.1 - made in Italy
By Molteni & C, Gio Ponti
Located in New York, NY
More than 70 years after its original design, the D.847.1 console table is reborn thanks to the Heritage Collection reissue project by Molteni&C, in collaboration with the Gio Ponti ...
Category

Writing Table by Gio Ponti
By Gio Ponti
Located in Los Angeles, CA
Desk/vanity by Italian architect and designer Gio Ponti. Made in Italy circa 1950s. Sold with certificate of expertise from Gio Ponti Archives.
Category

1960s Mid-Century Modern Giò Ponti for Singer Console for Sewing Machine
By Gio Ponti, Singer
Located in Aci Castello, IT
Console in oak wood with iron structure and brass feet, originally used to contain a Singer sewing machine. It's designed by Gio Ponti who collaborated with the italian manufacturer....
Category

Giò Ponti Game Table
By Fratelli Reguitti, Gio Ponti
Located in Catania, IT
Game table with reversible top, one side with the green cloth for the game and a part with wood finish to be a normal dining room table. The Table is a famous work of the greatest It...
Category

Glass Top Coffee Table Molteni&C by Gio Ponti D.555.1 - made in Italy
By Gio Ponti, Molteni & C
Located in New York, NY
Part of the Molteni&C Heritage Collection, this coffee table is re-make of the D.555.1 designed, initially in 1954-1955s by Gio Ponti for his own house, located in via Dezza in Milan...
Category

Gio Ponti Sculptural Veined Ash Dining Table or Desk, circa 1950, Italy
By Gio Ponti
Located in Los Angeles, CA
This incredible dining table by Gio Ponti, which also would serve excellently as a desk, has been reviewed by the Gio Ponti archives and a COE (Certificate of Expertise) was created ...
Category

Gio Ponti Set of Three Hexagonal Coffee Tables by ISA Bergamo 1950s Italy
By I.S.A. Italy, Gio Ponti
Located in Montecatini Terme, IT
Set of three hexagonal-shape low coffee tables with legs in black painted metal and wooden or in black laminate on top. The tables were designed by Gio Ponti and manufactured by the ...
Category

Walnut, Glass, and Brass Console Table Designed by Gio Ponti
By Gio Ponti
Located in Stamford, CT
A walnut console table designed by Gio Ponti. Having a grid etched into the glass top with ribbed legs terminating in brass sabot. Designed for the "F.A. home" in Palermo. Produced i...
Category

Oak and Glass Coffee Table by Gio Ponti, Italy 1940
By Gio Ponti
Located in North Miami, FL
Italian stiletto-legged oak and glass coffee table, designed in 1940 by Gio Ponti. Its delicate, lightweight structure was an early study in the ideas used to great effect in his ico...
Category

Gio Ponti Office Desk in Walnut and Laminate for BNL by Schirolly 1950s Italy
By Gio Ponti, Schirolli
Located in Montecatini Terme, IT
Executive desk with two frontal drawers, with structure in walnut wood, top in laminate and brass details (handles and feet) designed by Gio Ponti for the offices of BNL (Banca Nazio...
Category

Gio Ponti Round Coffee Table in Walnut and Mahogany Italian Manufacture 1940s
By Gio Ponti
Located in Montecatini Terme, IT
Round shaped coffee table with three legs, in walnut wood, mahogany and brass details, designed by the Italian master Gio Ponti, manufactured from the late 1940s to the early 1950s i...
Category

Dining 142" Table in Ash Wood Molteni&C by Gio Ponti- D.859.1C - Made in Italy
By Gio Ponti, Molteni & C
Located in New York, NY
Part of the Molteni&C Heritage Collection, this dining or conference table is a re-make of the D.859.1 designed initially in 1958 by iconic designer Gio Ponti. In 1958 Gio Ponti was ...
Category

Gio Ponti Round Dining Table in Mahogany and Thuja Burr, Italy, Early 1950s
By Gio Ponti
Located in The Hague, NL
This round dining table was designed by Gio Ponti and manufactured in Italy in the early 1950s. The sculptural frame is executed in solid mahogany and consists of a cross base with 4...
Category

Dining 126" Table in Ash Wood Molteni&C by Gio Ponti- D.859.1B - made in Italy
By Gio Ponti, Molteni & C
Located in New York, NY
Part of the Molteni&C Heritage Collection, this Dining or Conference table is a re-make of the D.859.1 designed initially in 1958 by iconic designer Gio Ponti. In 1958 Gio Ponti was ...
Category

Gio Ponti Dining Side Table, Italy, 1950s
By Gio Ponti
Located in Roma, IT
Table in mahogany, caps in brass. A fine realization by one of the most celebrated architects of the 20th century. Very good conditions. Gio Ponti (Milan 1891-1979) is an archi...
Category

The tables of Gio Ponti are available for sale on 1stDibs. These distinctive objects are often made of wood and designed with extraordinary care. In our collection of Gio Ponti tables there are many options to choose from, although brown editions of this piece are particularly popular. In stock are 84 vintage editions of these items, while there are 2 modern editions to choose from as well. Many of the original tables by Gio Ponti were created in Europe during the 20th century in the modern style of the mid-century. If you want to add more options, many customers also consider tables by Osvaldo Borsani, Ico Parisi and Romeo Rega. Prices for Gio Ponti tables can vary depending on size, time period and other attributes. The price for these items starts at $578 and tops out at $104,071, while pieces like these can sell for on average $14,342..