Venerated French designer Hubert de Givenchy (1927–2018) made a splash with his first collection of mix-and-match separates in 1952, which launched his namesake fashion house, the clean lines and refined silhouettes of the pieces offering a contrast to the more structured shapes then dominating postwar women’s fashion. His roster of clients would eventually include Grace Kelly, Elizabeth Taylor and Jacqueline Kennedy Onassis, all of whom were drawn to the designer’s architecturally and materially simple pieces that combined sensual femininity with elegance.

At the age of 17, Givenchy left his hometown of Beauvais, France, for Paris. There he studied drawing at the École Nationale Supérieure des Beaux-Arts and apprenticed for the houses of Jacques Fath, Robert Piguet, Lucien Lelong and Elsa Schiaparelli. Givenchy earned his first high praise for the 1952 Bettina blouse, an embroidered, ruffle-sleeve linen shirt named for his publicist and model Bettina Graziani. The Givenchy label soon developed a following of fashion icons around the world, most notably Audrey Hepburn, who would serve as Givenchy’s muse for decades after they met in 1953. The couturier created pieces for many of her films, such as the iconic little black dress in Breakfast at Tiffany’s (1961), as well as her personal life, including her wedding dress for her 1969 marriage to Andrea Dotti.

Givenchy formed a close friendship with his idol and mentor, Spanish designer Cristóbal Balenciaga, with whom he’d popularize such pieces as the sack dress, choosing looser forms over tailored ones. Throughout the decades, Givenchy expanded his empire to include fragrances, menswear, accessories and beauty lines.

In 1988, his house was acquired by luxury conglomerate LVMH. After Givenchy retired from fashion in 1995, he became an antiques expert, working with Christie’s and the Louvre, among other institutions. The brand then saw an impressive succession of head designers and artistic directors: John Galliano was the first to arrive, followed by Alexander McQueen, Julien Macdonald, Riccardo Tisci, Clare Waight Keller and Matthew M. Williams. Today, the brand, with its timeless fashions, continues to be a favorite of A-listers, including Cate Blanchett, Erykah Badu, Lady Gaga and Ariana Grande.

On 1stDibs, browse a collection of vintage Givenchy evening dresses, handbags, necklaces and other clothing and accessories today. 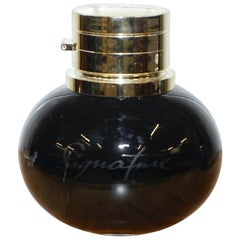 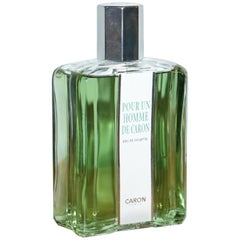 H 1.5 in. W 1.75 in. D 1.63 in.
Givenchy Puddy Leather Color Nightingale Handbag
By Givenchy
Located in Dallas, TX
In excellent condition, this Putty Leather Nightingale Satchel from Givenchy is a fantastic find I may have carried it once, if at all. The Nightingale is released each season in new...
Category

Free Shipping
H 13 in. D 6 in. L 15 in.
Givenchy Silvertone Maltese Cross Pendant
By Givenchy
Located in Stamford, CT
Rusticated abstract Maltese cross by Givenchy in a silver finish on an 18" chain.
Category