Martin Bradley was born in 1931. The English painter is best known for abstract and symbolic artworks, influenced by the Japanese and Chinese calligraphy, as well as Buddhism, to which he converted. His name is always associated with travel; while he was traveling in Central and South America, he painted portraits of his shipmates. After his return to England, he studied Oriental languages, literature, and art history and developed a fascination with calligraphy art. During the 1950s, he moved to France, where he came in contact with Rudolphe Augustinci, who was the director of the famous art gallery. In 1978, Marcello Avenali, director of the Academy of Rome introduced him to Tatsuko. In 1979, entering in the ranks of the faithful of Nichiren Shōshū Buddhism, he lived in Mercatale in Val di Pesa, in the Chianti region (Tuscany, Italy) and signed a contract with Samy Kinge. Today, Bradley's artworks are held in the Tate Gallery collections in London, UK, and the Museum of Modern Art in New York, USA. His artworks have been collected by Sir Barbara Hepworth, Sir Roland Penrose and Sir Herbert Read. 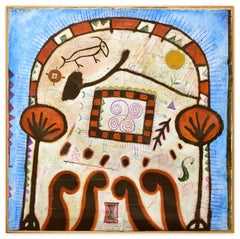 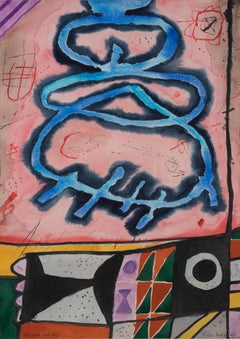 Personnages I - Original Lithograph by S. Matta - 1967
By Sebastian Matta
Located in Roma, IT
Category 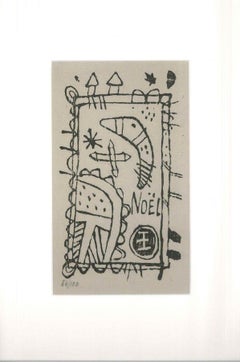