Walter John Beauvais was born in 1942 near Windsor. He was the grandson of French artist and lithographer Charles Henri Beauvais. Beauvais was born and brought up in the Home Countries and to all appearances, as English as his passport proclaims him, Beauvais remains nevertheless a Frenchman, for his father, though long settled in his country, was in truth a Frenchman. Beauvais was one of Britain’s very successful artists, he consistently exhibited his work in London as well as in Australia, the Channel Islands, Mexico and the USA. Examples of his paintings are to be found in many important private, commercial and two Royal Collections. He died in 1998. 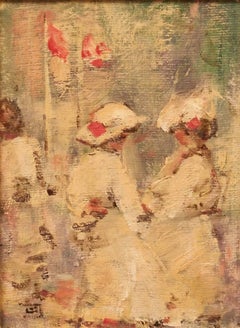 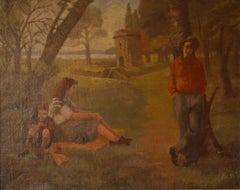