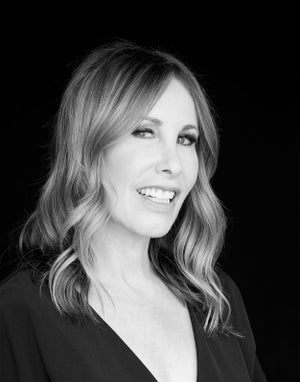 Madeline Stuart is a leading member of the Los Angeles design community whose wide-ranging clientele comes from the entertainment industry and the world of business and finance. Equally at ease designing a 1920’s Hollywood hacienda, a Fifth Avenue Manhattan apartment or a Rocky Mountain retreat, Stuart stresses, above all else, the fundamental marriage of integrity and beauty. Her projects reflect a collaborative relationship between architecture and furniture, function and form, client and designer.

A significant portion of the firm’s work focuses on architectural restoration and remodeling. Having established a reputation for meticulous attention to the myriad details of interior and exterior architecture, Ms. Stuart’s firm has been responsible for reversing years of neglect and damage to properties originally built by such well-regarded designers and architects as John Woolf, Cedric Gibbons, Sylvanus Marston, Paul Williams, and Gerald Colcord.

The work of Madeline Stuart Associates is regularly featured in numerous national publications, and the firm has been distinguished by its inclusion on the AD100 – Architectural Digest’s prestigious list of the top 100 design & architecture firms. Since 2010, Elle Décor’s A-List has named Madeline as one of the leading designers in the country.

ELLE DECOR's A-List
Architectural Digest AD100
Links
Projects
Favorites
Featured Articles
Veranda: An Art Deco Home That Honors Its Old Hollywood Legacy
An Art Deco house in Los Angeles is once again ready for its close-up after a power couple decides to call it home.
Read More
House Beautiful: Designer Madeleine Stuart Spent 15 Years Decorating This L.A. Home
There’s California dreaming, and then there’s this next-level madness: A couple moves to Los Angeles to buy a circa 1928, seven-bedroom Spanish Revival house surrounded by agave plants, which was previously owned by Orson Welles and Diane Keaton. Does it get more Cali than that? They then hired Los Angeles design royalty—Madeline Stuart—to make the place their own.
Read More
Architectural Digest: An Italianate Mansion in Los Angeles That Breaks the Mold
Designer Madeline Stuart and New York–based architectural firm Ferguson & Shamamian helped one family free its Italian-inspired home of faux-Mediterranean tropes
Read More
1stDibs Introspective: Why Madeline Stuart Is the Willy Wonka of Splendid Interiors
The Hollywood director Mel Stuart produced dozens of documentaries, including The Making of the President 1960 and The Making of the President 1968, both of which won Emmys. But his daughter, Madeline Stuart, begged him to make a different kind of movie, an adaptation of her favorite book, Roald Dahl’s Charlie and the Chocolate Factory.
Read More