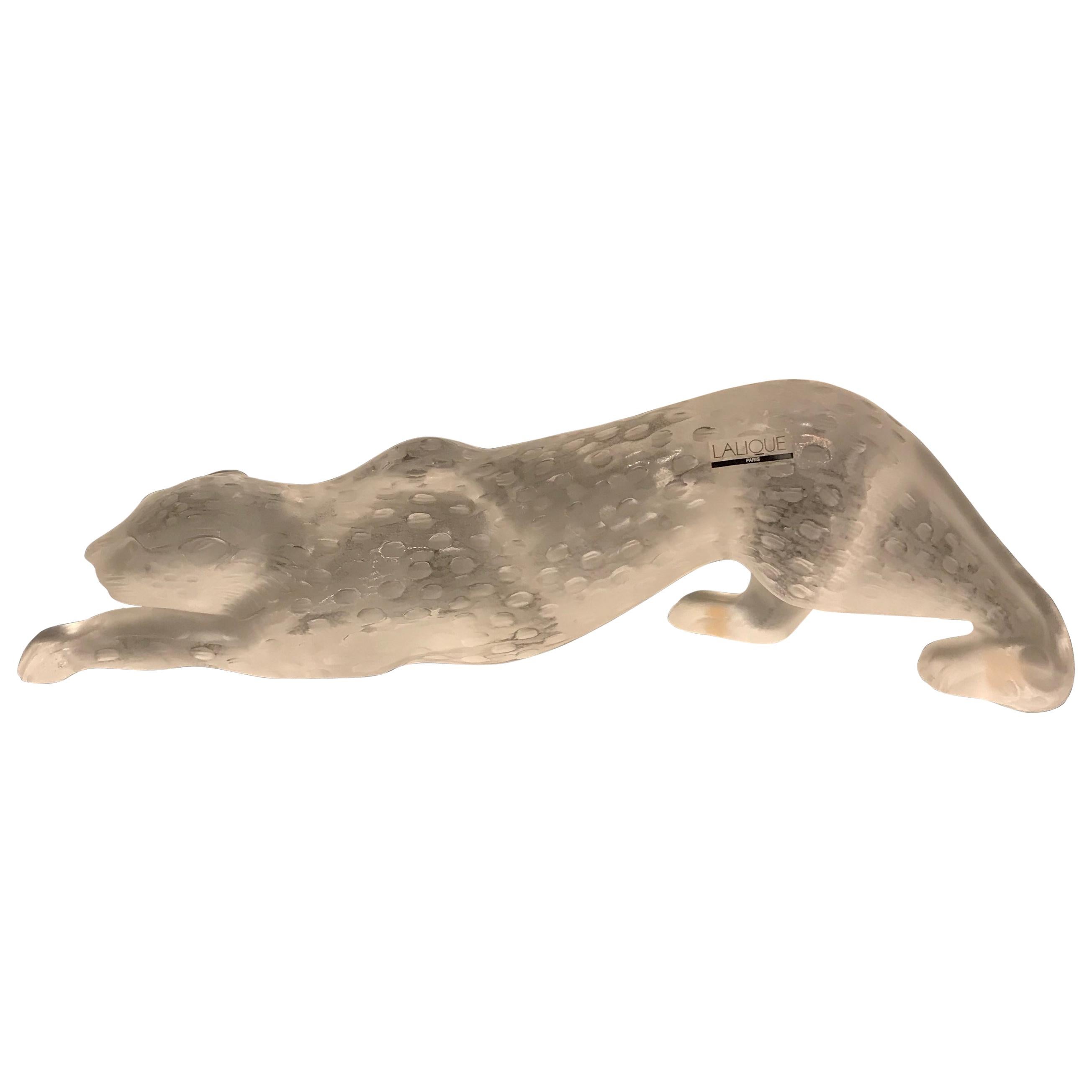 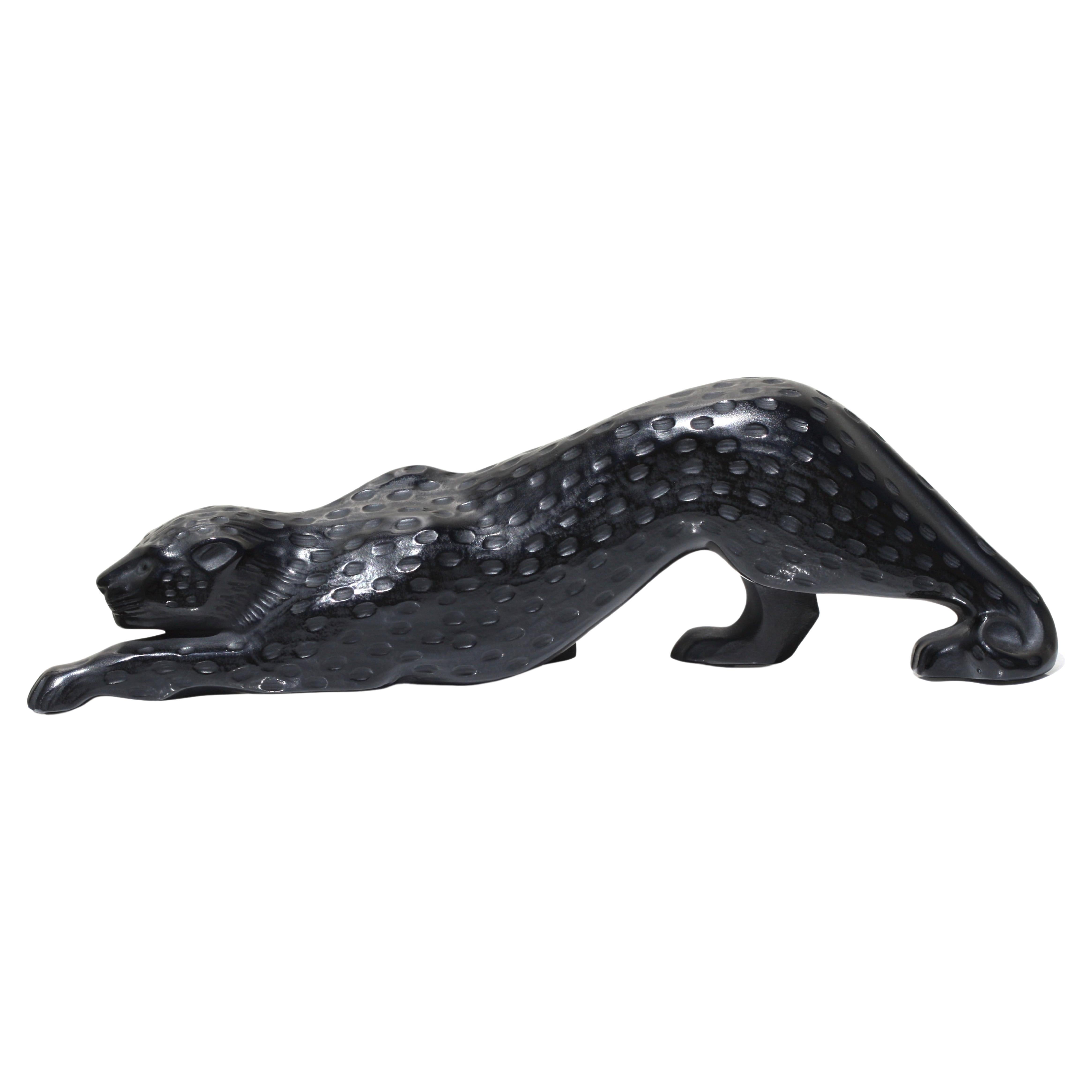 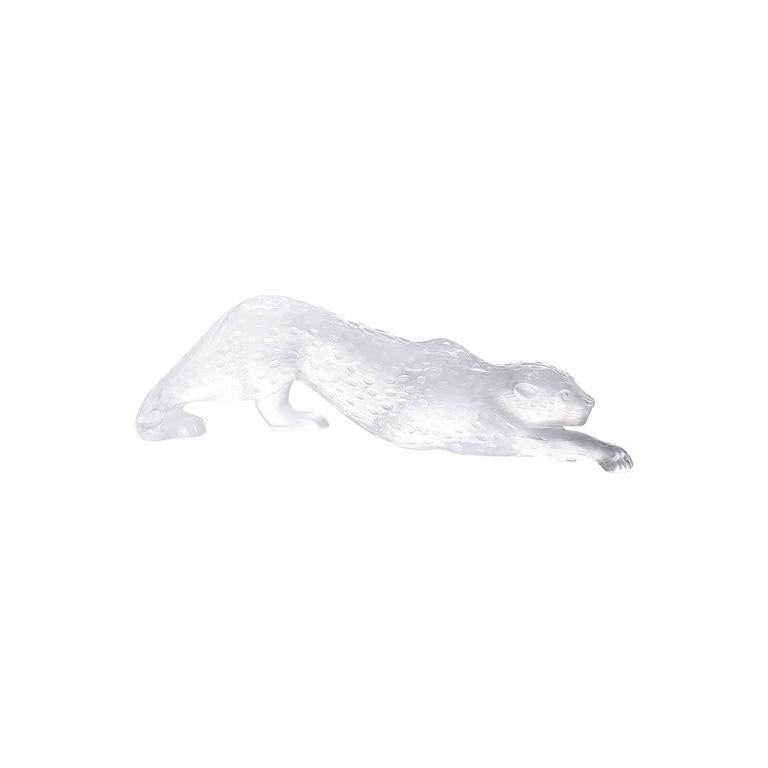 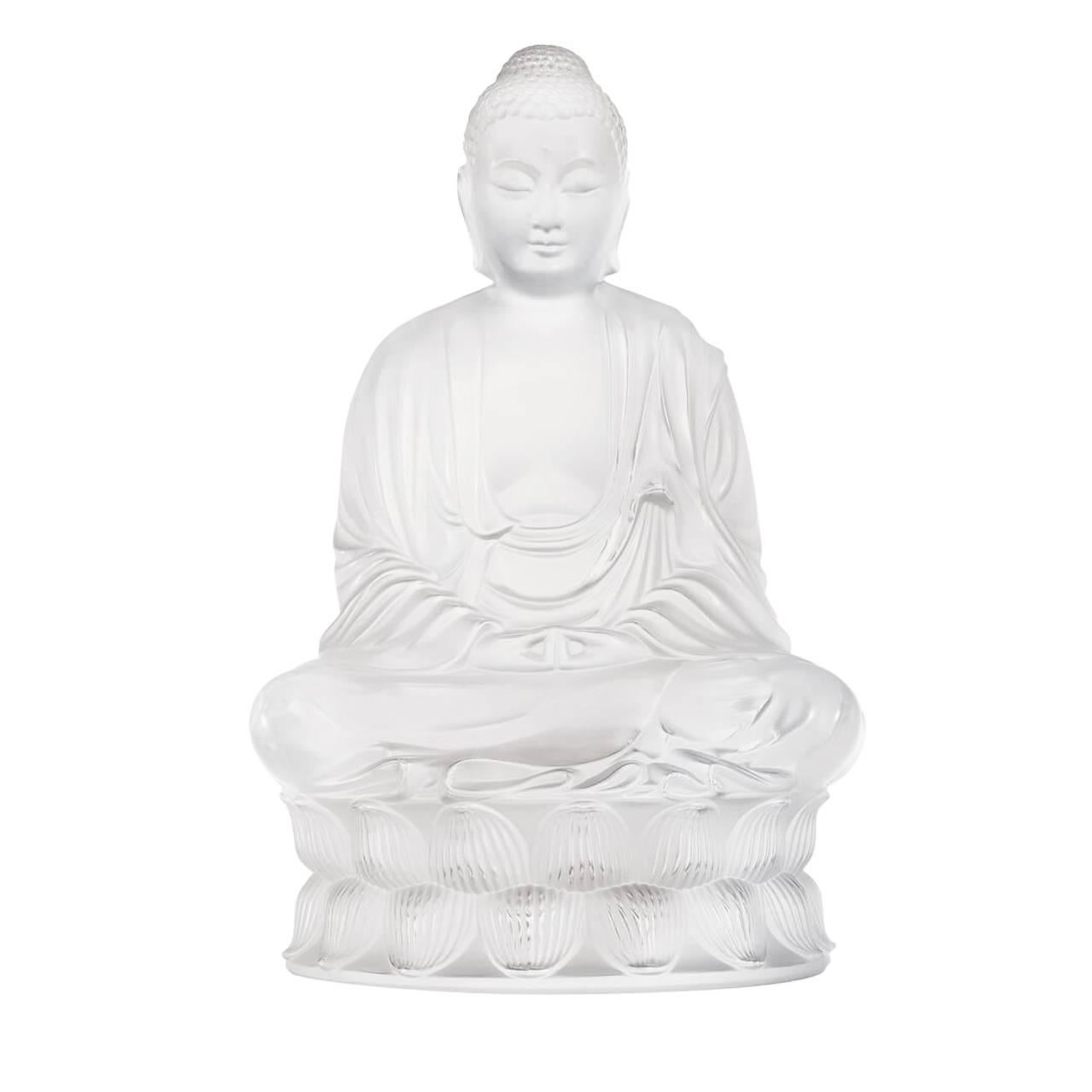 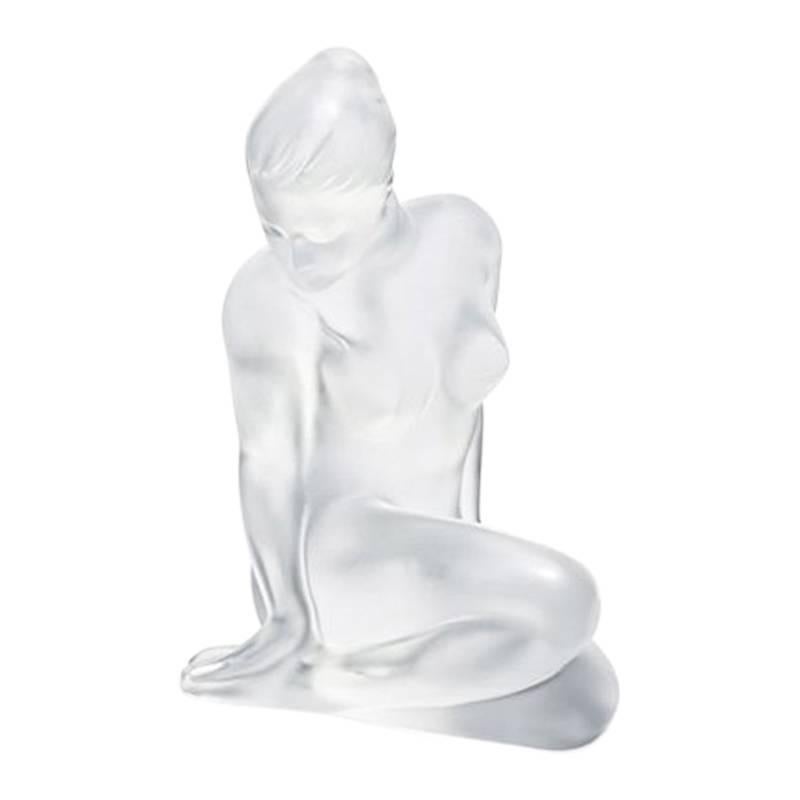 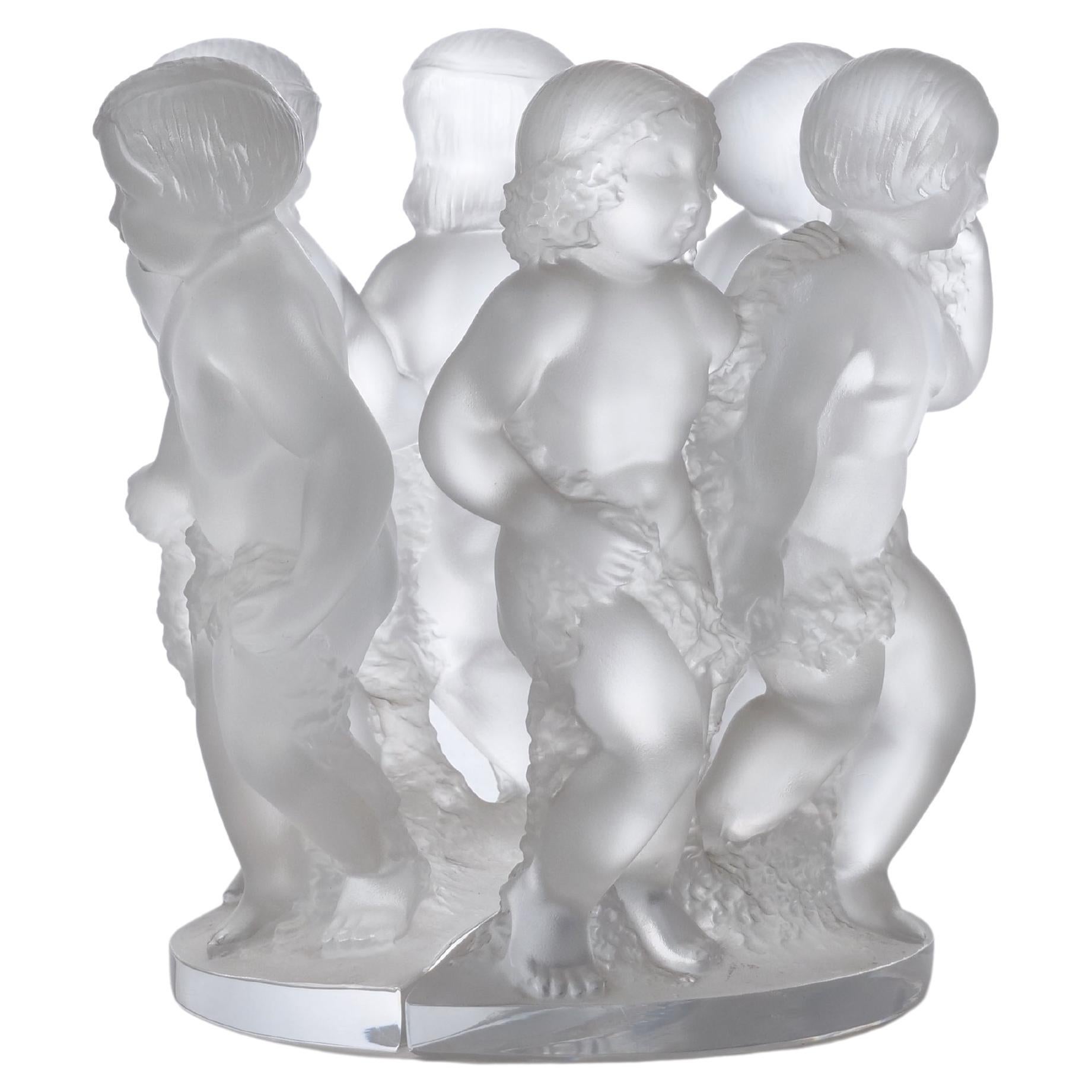 Lalique Clear and Frosted Crystal Figure of a Panther, Zeila 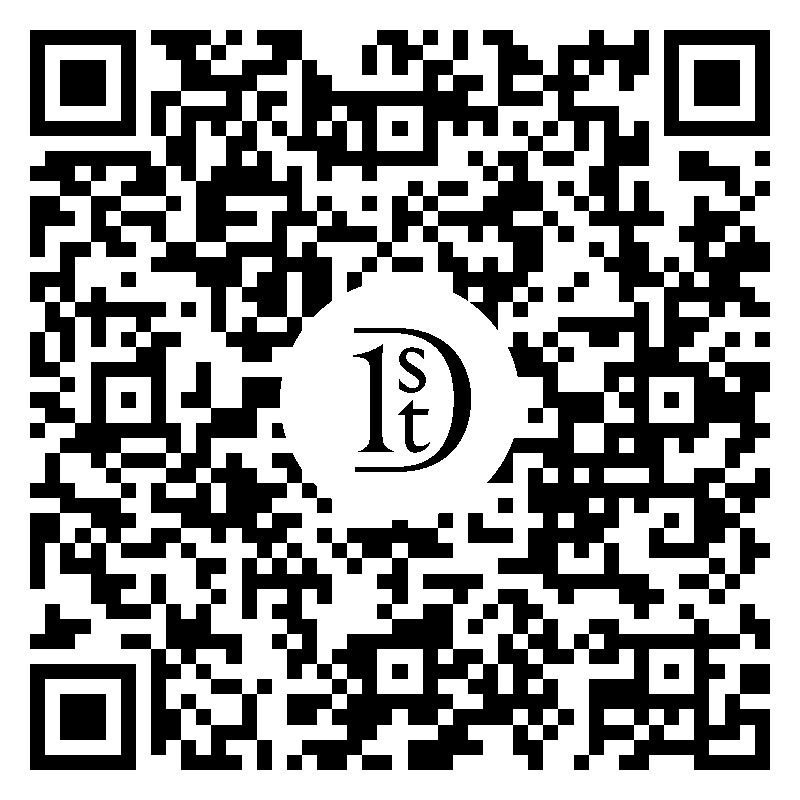 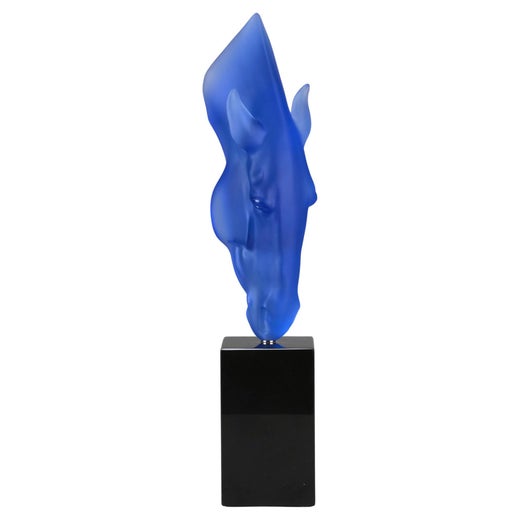 Lalique is a beacon of French opulence in glassmaking and decorative arts, an enduring brand with a history spanning over 130 years and at least three movements in art and design: Art Nouveau, Art Deco and modernism. The firm’s founder, René Lalique, is a celebrated figure in Art Nouveau jewelry, which drew on feminine forms and natural-world themes. Under his masterful leadership, Lalique came to be known for its gorgeous vases, sculptures and glass and crystal serveware.

Rene Laliqué was born in 1860 in Aÿ-en-Champagne, France. As a young man, he apprenticed under Parisian Art Nouveau jeweler Louis Aucoc and studied at L'École nationale supérieure des Arts Décoratifs. Lalique's skill and esteem broadened, and he created jewelry for renowned houses like Cartier and Boucheron. He took over a workshop in Paris in 1885 and opened his own business soon afterward. Not one to follow trends, Lalique gained popularity for his innovative accessories, which merged glass, enamel and ivory — materials that were uncommon in jewelry-making — with semi-precious stones and metals. Lalique’s work gained greater prominence at the 1900 Paris Exhibition, which served as a showcase for his extraordinary designs.

In 1907, Lalique began a revolutionary partnership with French perfumer François Coty. He designed a line of molded glass perfume bottles with frosted surfaces and patterned reliefs. Lalique opened his eponymous glassworks in Combs-La-Ville, Paris, in 1909. His attractive bottles and other pieces were shown at the International Exhibition of Modern Decorative and Industrial Arts in 1925 — the event that brought Art Deco to worldwide attention — catapulting Lalique to new levels of fame. Shortly afterward, in 1927, he created one of his most iconic pieces: the Bacchantes vase. A marvel of glassmaking that convincingly depicted movement, the vase displays his technical skills and artistry.

Lalique began receiving high-profile commissions — in 1929, he decorated the luxurious Côte d’Azur Pullman Express carriages, and in 1935, he designed lighting for the Grand Salon and dining room on the ocean liner SS Normandie.

Lalique died in 1945, and the reins at the company were passed to his son, Marc Lalique. The firm continued to produce its signature glass pieces as well as crystal vases, decor and serveware. Marc's daughter, Marie-Claude Lalique, became CEO in 1977. She renewed the traditional jewelry and fragrance side of the business. In 2008, Lalique was acquired by Art & Fragrance, now known as Lalique Group. It remains a well-regarded lifestyle brand underpinned by a rich history in glassmaking.

About the Seller
5.0
Located in Palm Beach, FL
Gold Seller
These expertly vetted sellers are highly rated and consistently exceed customer expectations.
Established in 1989
1stDibs seller since 2018
67 sales on 1stDibs
Typical response time: 1 hour
More From This SellerView All
You May Also Like