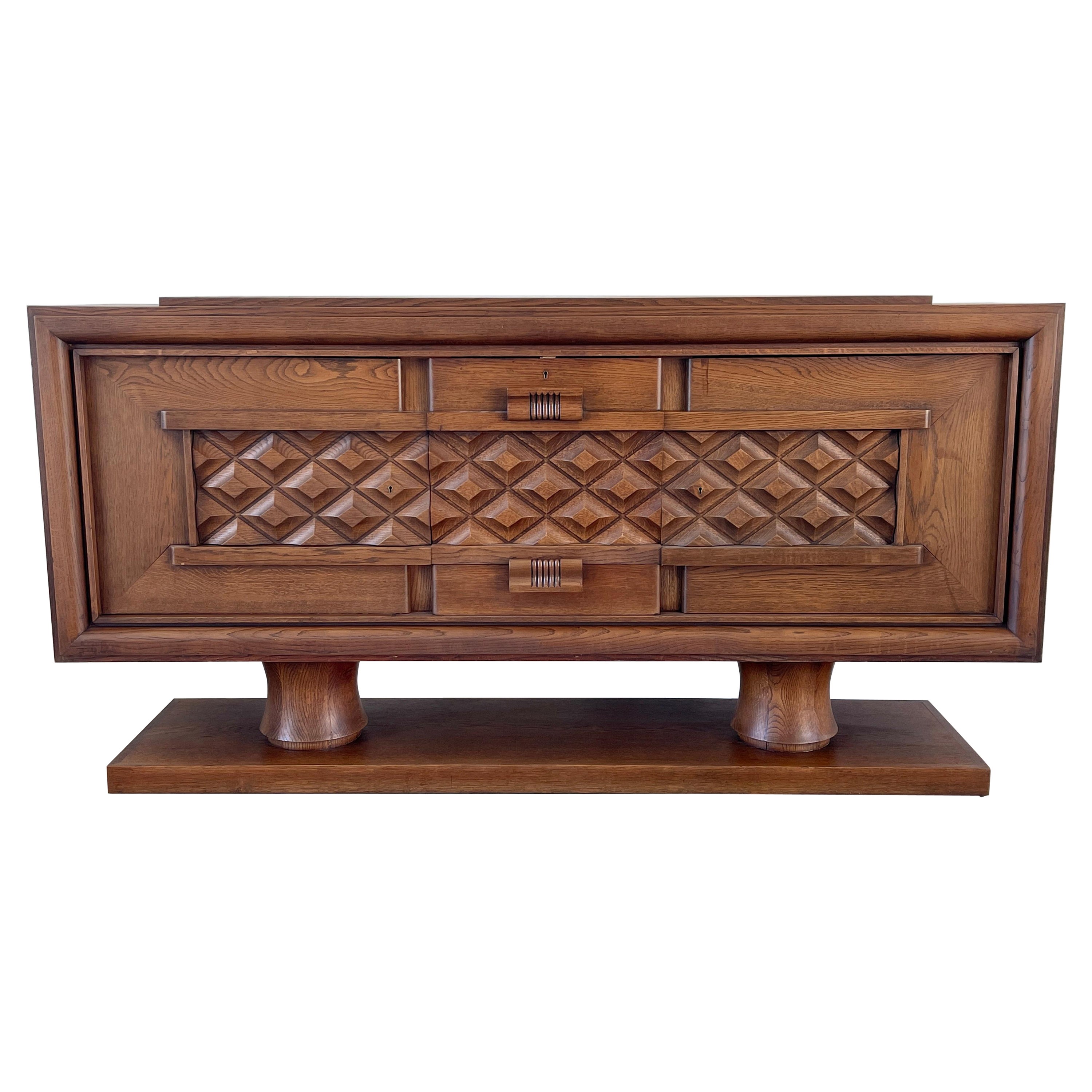 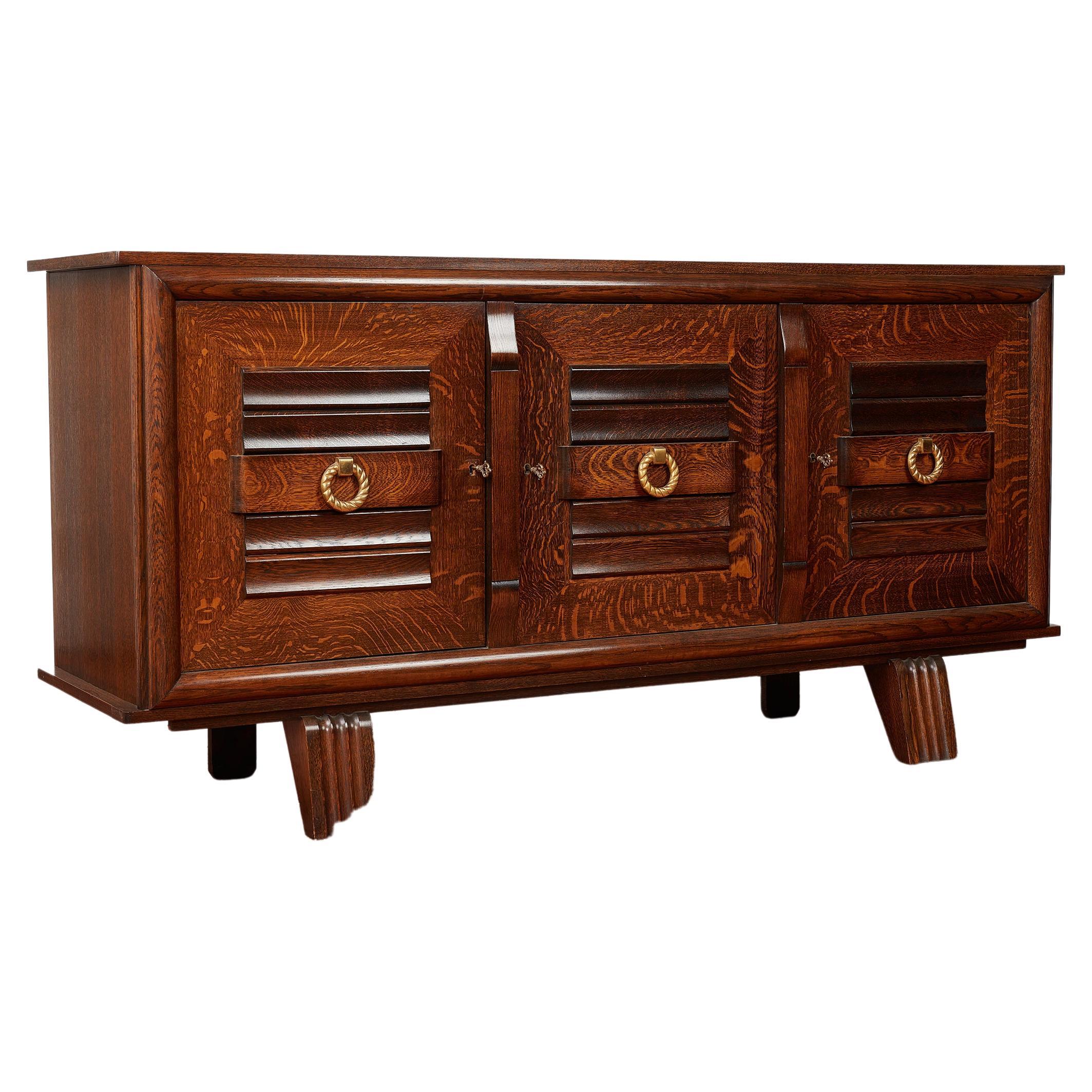 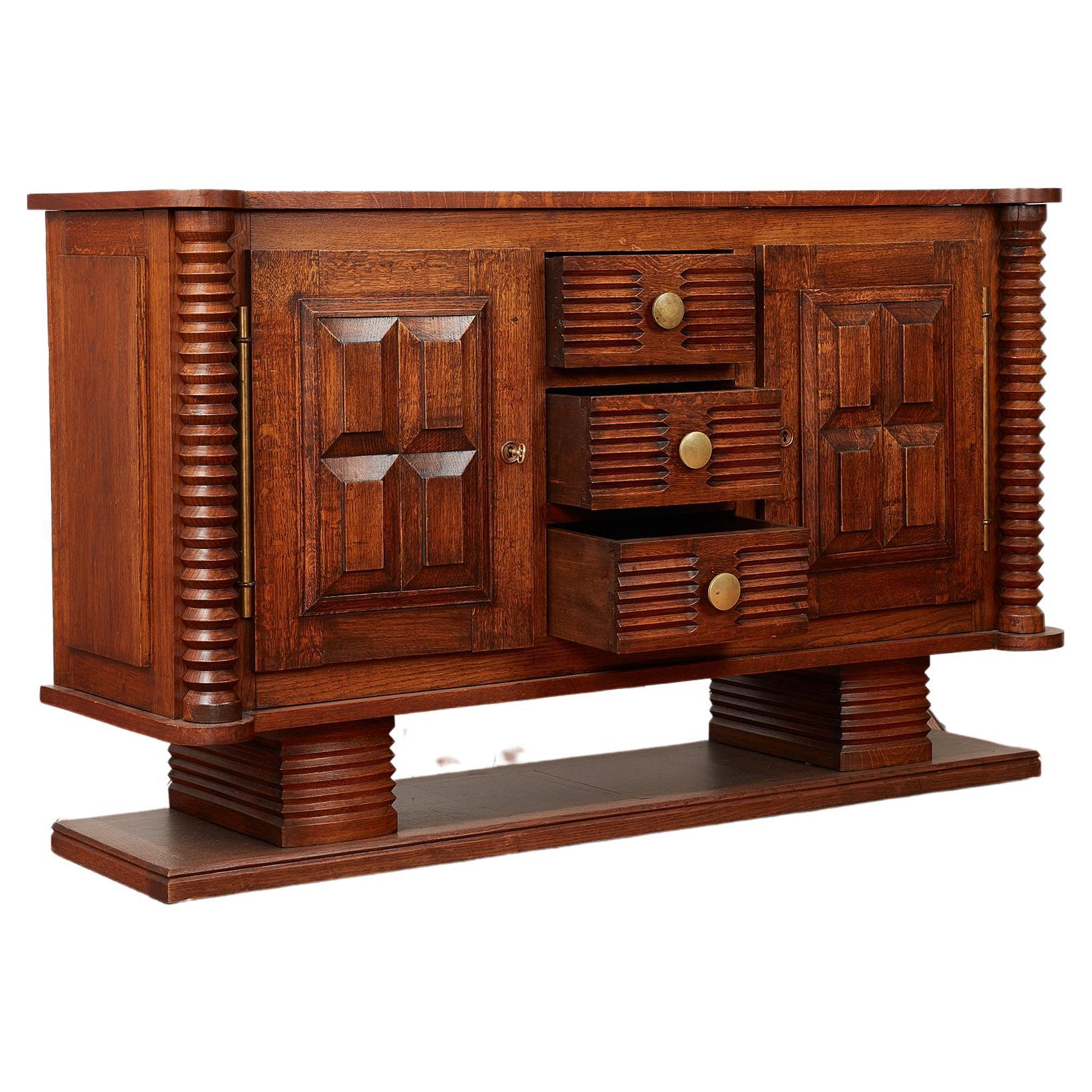 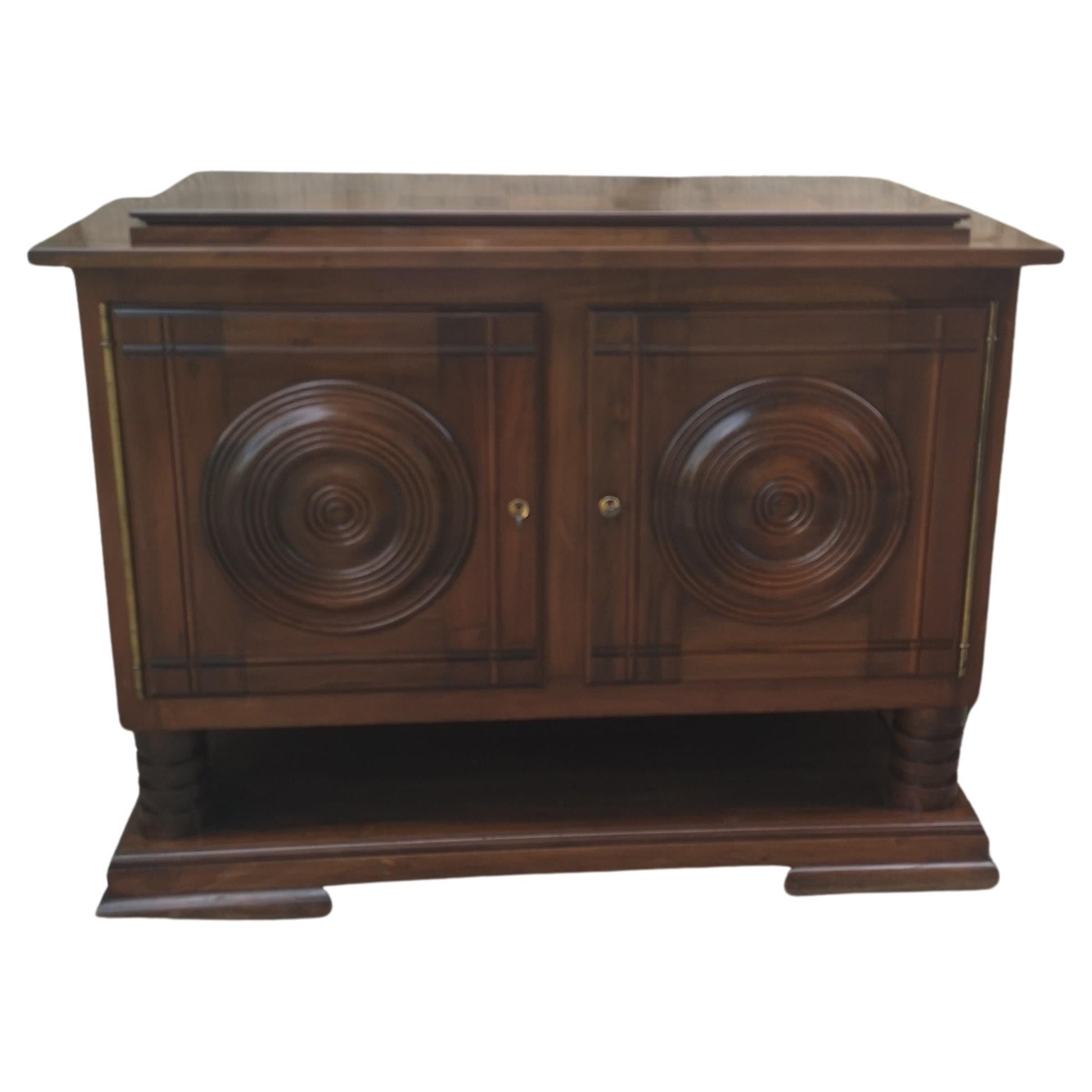 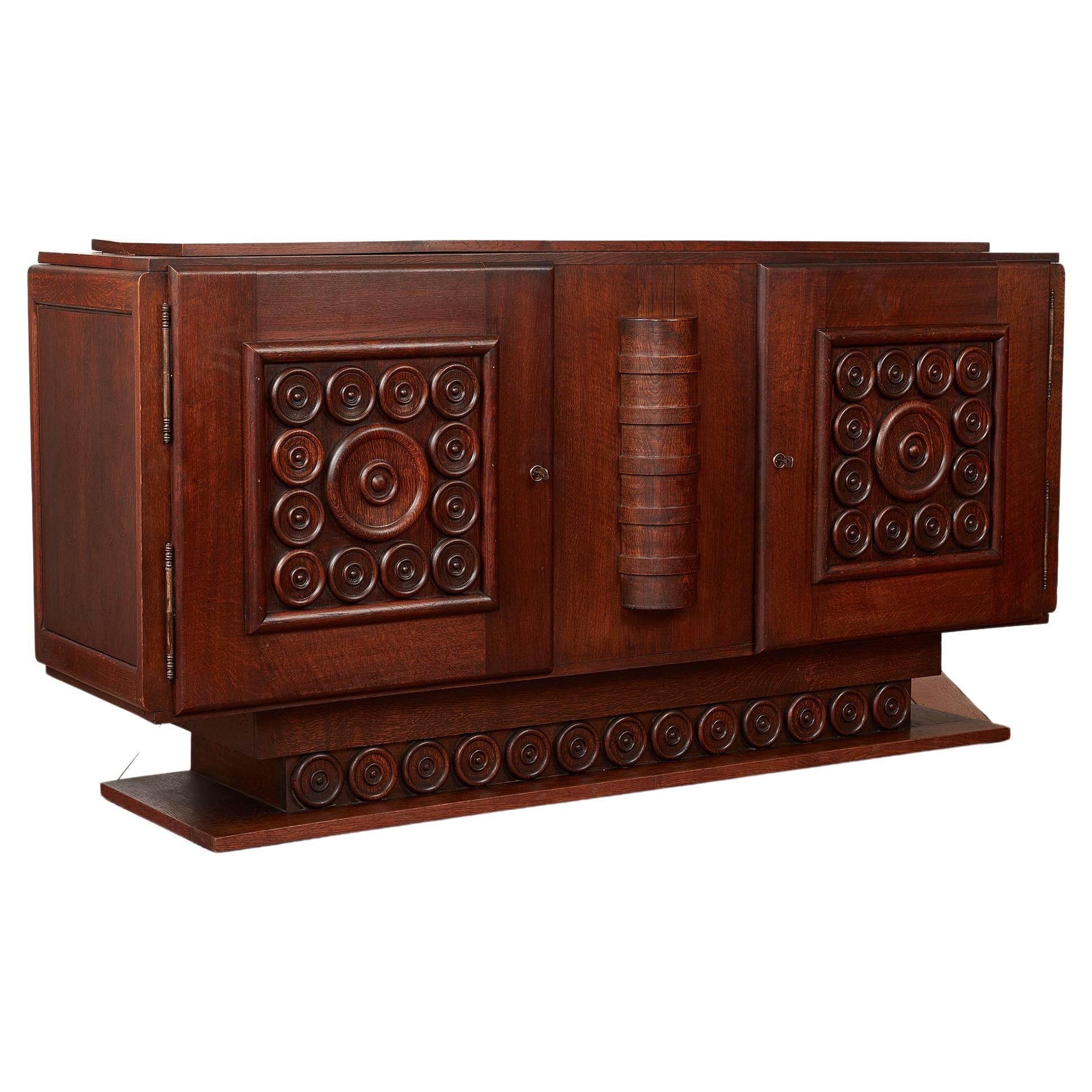 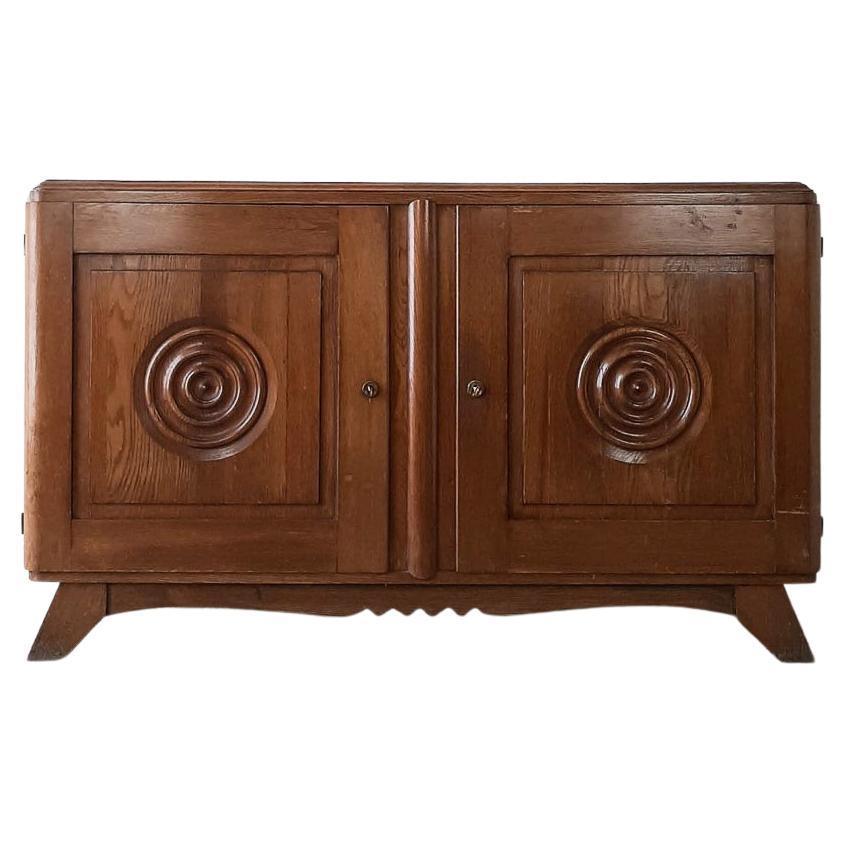 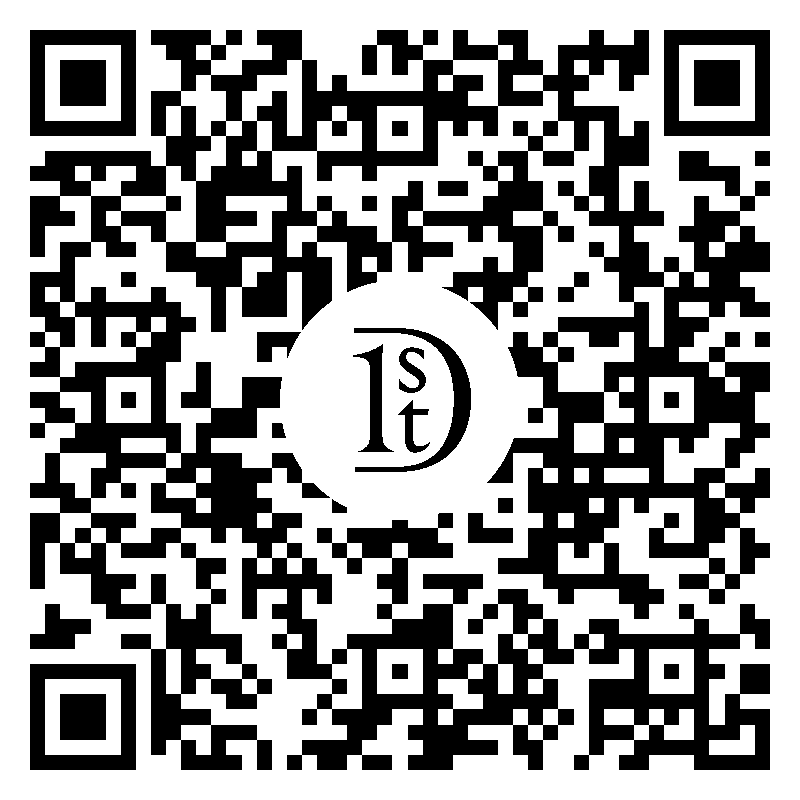 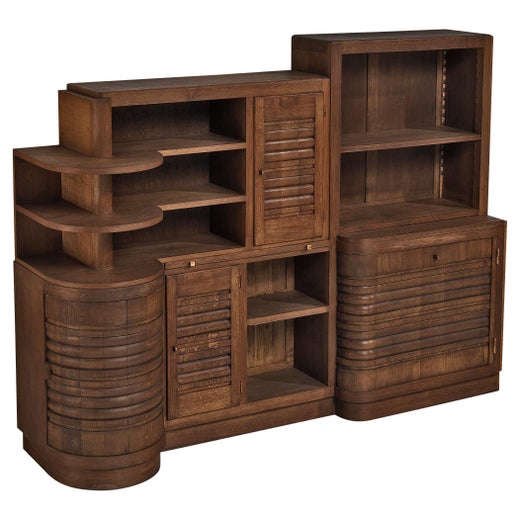 A favorite among Art Deco furniture collectors and enthusiasts, the work of Charles Dudouyt is known for its rustic and modernist sensibilities rather than the classicist design associated with the French designer and decorator's native country in the early 20th century.

Born in 1885, Dudouyt nurtured his artistic passions while studying at the Germain Pilon school. Upon graduating, he painted and earned a living as an illustrator at French publishing houses such as Calmann-Lévy and a weekly satirical magazine called L’Assiette au Beurre.

In 1918, after he returned from fighting in World War I, Dudouyt left his career as a painter and illustrator and turned to design interior furnishings instead. With his wife, he created and produced lighting fixtures and decorative objects, and in 1920, he founded a rustic furniture factory in Pontoise called L’Abeillée.

Over the next decade, Dudouyt expanded into larger-scale furniture design. In 1933, he moved to Paris and established a manufacturing company called La Gentilhommière, in which he had a store and a workshop. There, he produced a range of furniture, including chairs, cabinets, armchairs and credenzas. Dudouyt worked with a variety of woods that included oak, ash and beech, and integrated other organic materials in his seats and backrests such as leather, wicker and rope.

Dudouyt is known for his way of “embellishing chunky proportions with elegant carvings,” according to Amanda Jesse and Whitney Parris-Lamb of New York City design firm Jesse Paris-Lamb. Vintage Dudouyt sideboards, console tables and seating feature the distinct details now associated with Art Deco, such as geometric inlays, pronounced shapes and raised carved motifs. His oak dining chairs, while lauded for their substantial frames and durability, can also be seen as inviting and light in their sleek legs and armrests.

After he died in 1946, Dudouyt’s son Jacques continued operating La Gentilhommière until it closed in 1960. Today, Charles Dudouyt’s pieces continue to be highly sought by Art Deco interior designers and aficionados.

On 1stDibs, find a range of vintage Charles Dudouyt furniture.

1stDibs Buyer Protection Guaranteed
If your item arrives not as described, we’ll work with you and the seller to make it right. Learn More
About the Seller
4.8
Located in West Hollywood, CA
Vetted Seller
These experienced sellers undergo a comprehensive evaluation by our team of in-house experts.
Established in 1998
1stDibs seller since 2005
677 sales on 1stDibs
Typical response time: 7 hours
Associations
20th Century Specialists
More From This SellerView All
People Also Browsed
You May Also Like