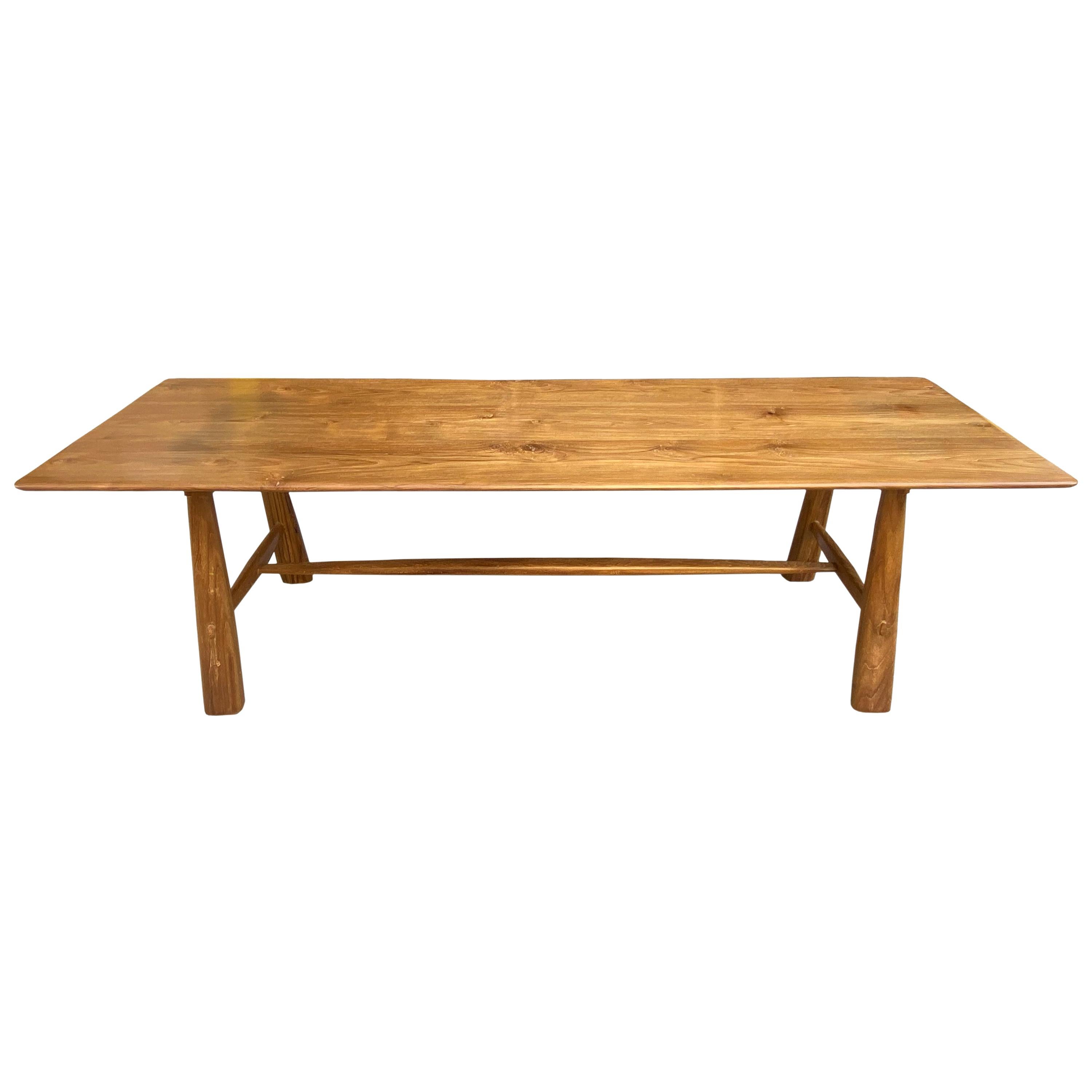 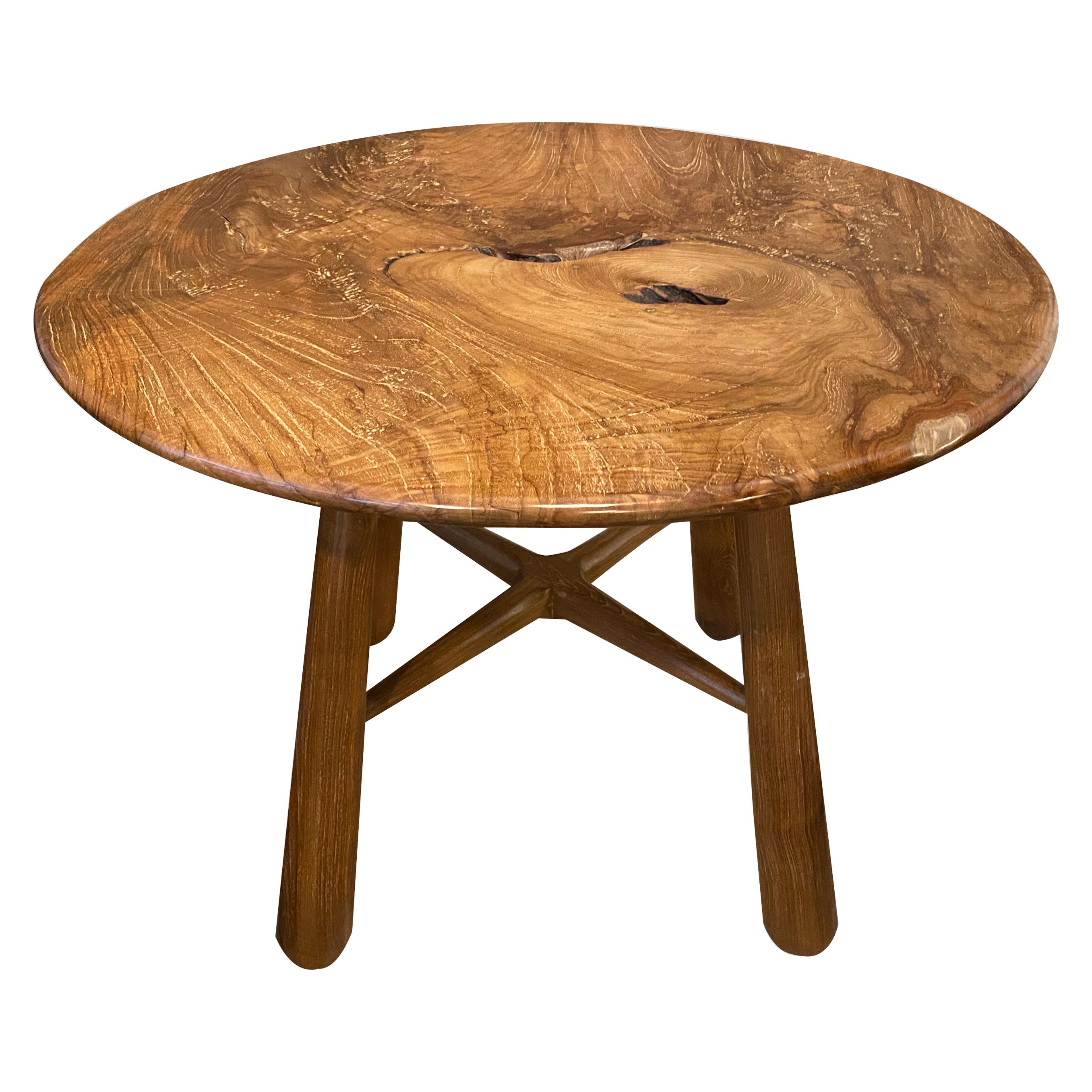 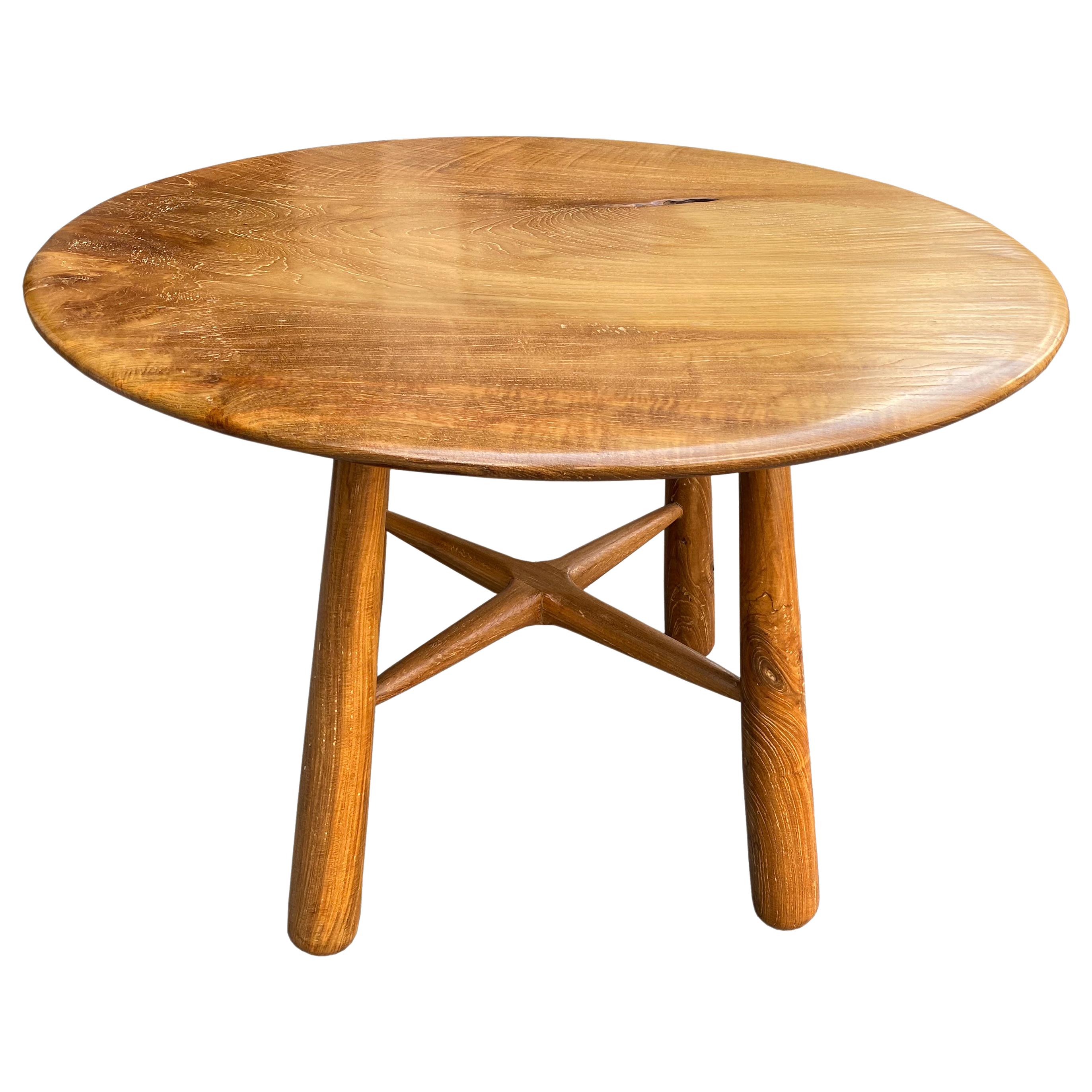 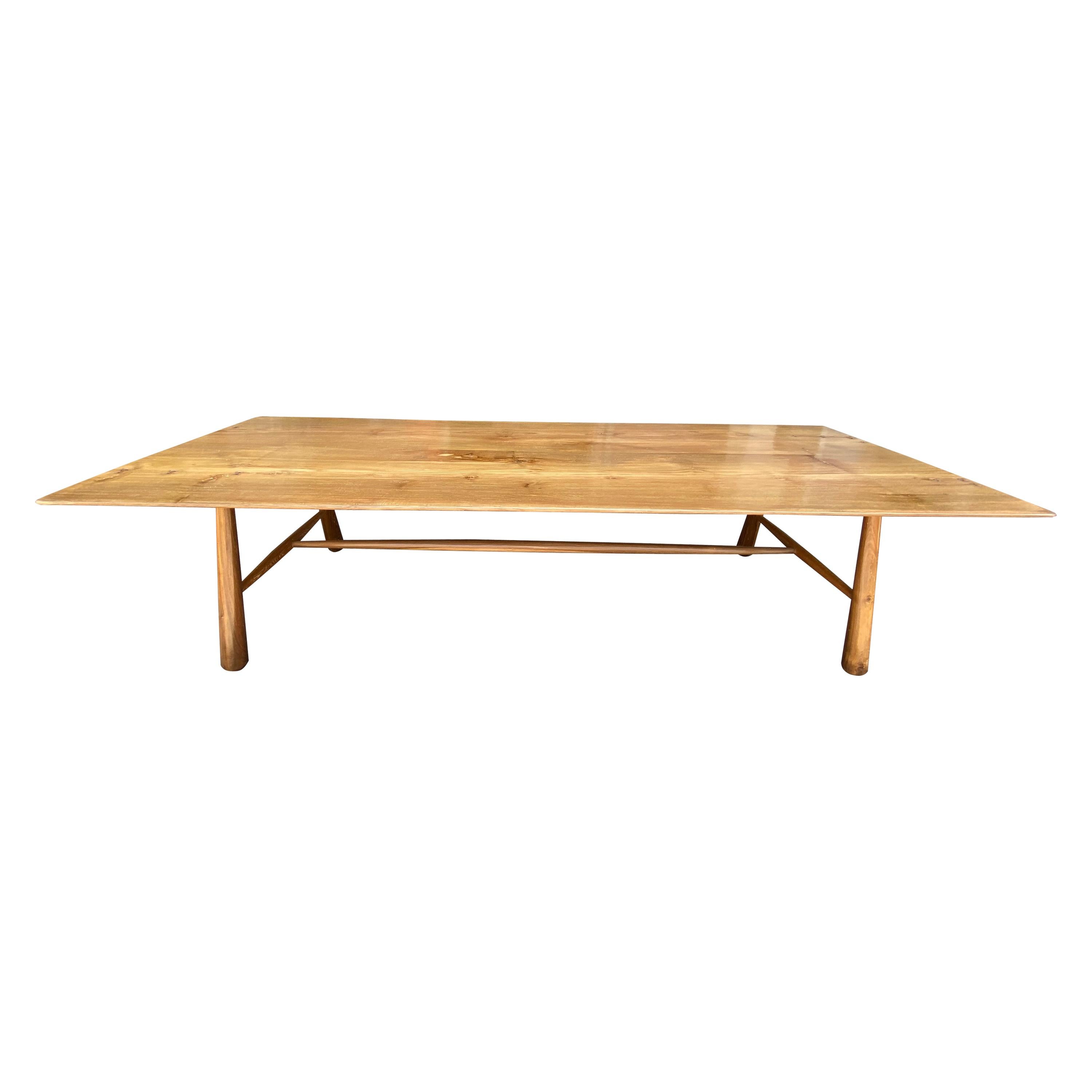 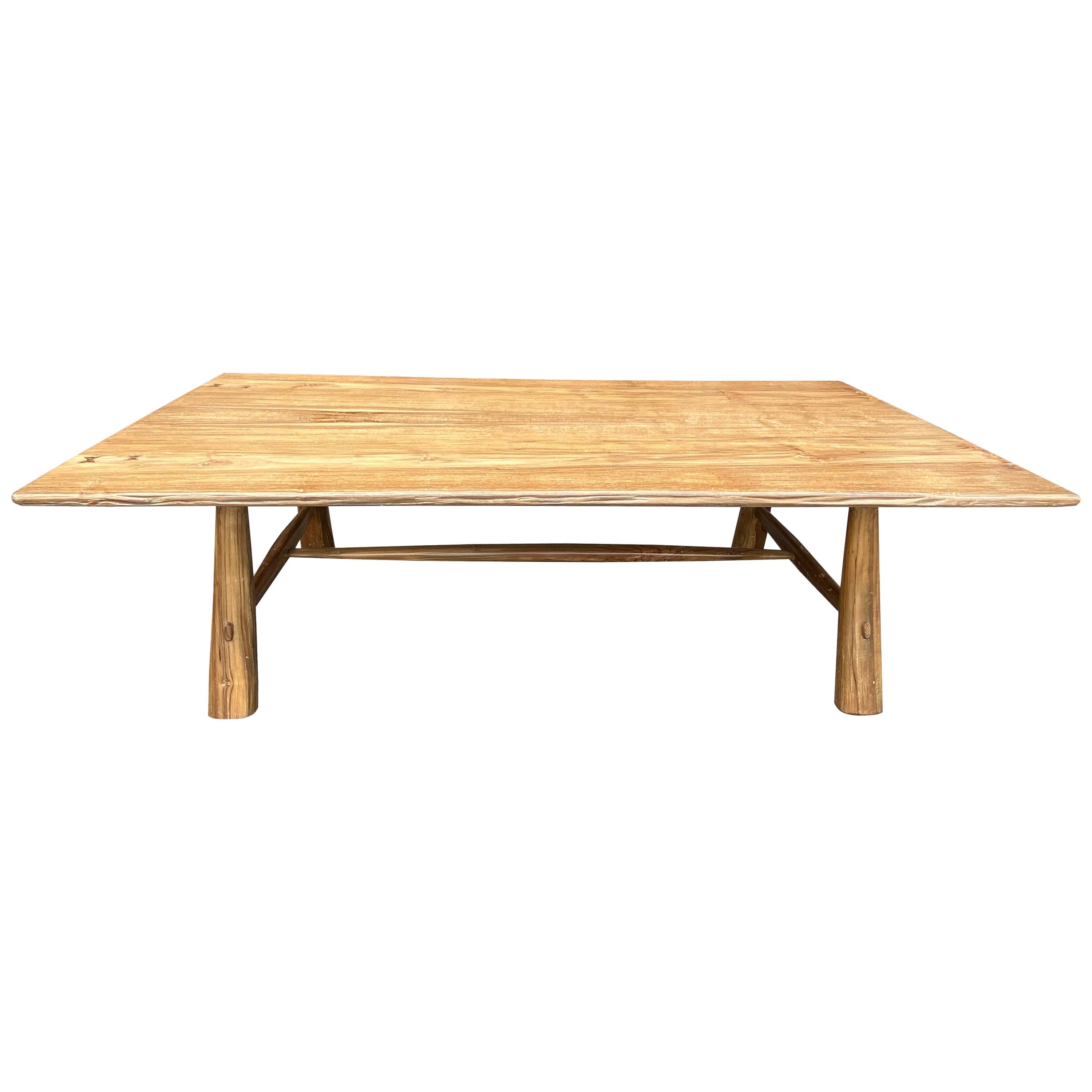 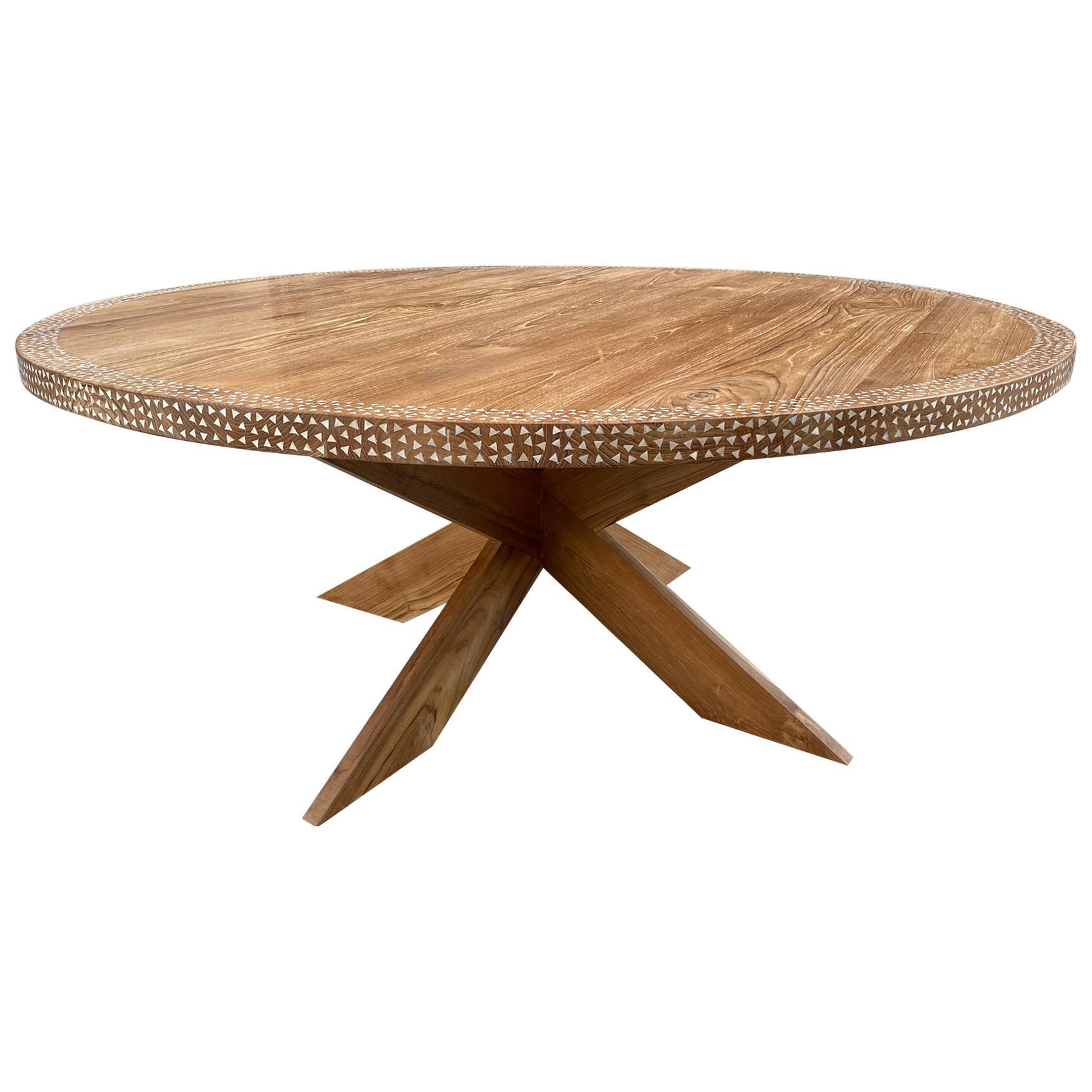 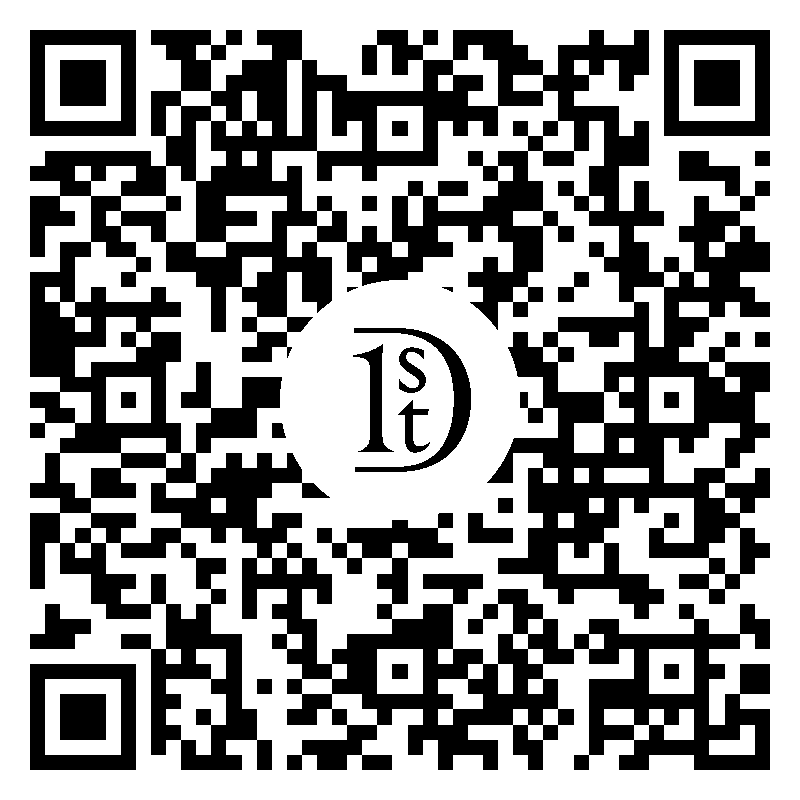 Introducing the midcentury Couture collection new to 2021. Furniture constructed by hand from start to finish. A single slab of reclaimed teak wood taken from my finest collection with butterflies inlaid into the wood. Originally a 6” thick rare wide slab which we have molded by hand to a dramatic bevel with soft smooth rounded sides. Beautiful patina and grain. We have a limited collection. Please inquire. Own an Andrianna Shamaris original. Andrianna Shamaris. The Leader In Modern Organic Design. 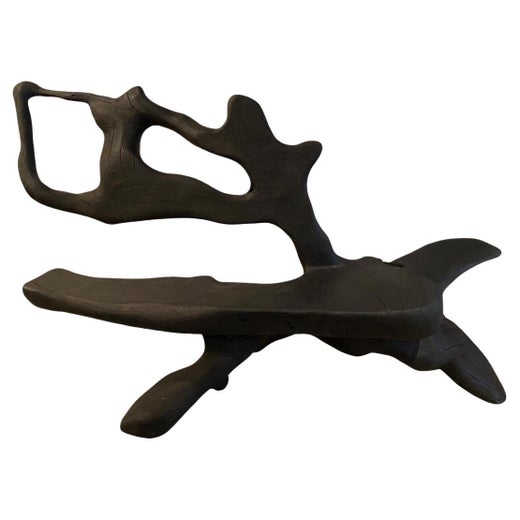 When British-born furniture designer Andrianna Shamaris embarked on a year-long hunt for a New York City apartment, she had two nonnegotiable requirements: The apartment had to be in estate condition and it had to have views of nature. She also made clear that she wanted a restoration, rather than a renovation, project. When she finally found the perfect place on Central Park South, she enlisted architect Thomas Leeser to help her achieve her vision of an organic-modern retreat.

The first order of business was reproducing the original moldings, which were in such bad shape they couldn’t be reclaimed. “I didn’t want the new moldings to be perfect,” Shamaris says. “Try explaining this to a contractor!”

The next step in preserving the character of the prewar home was to reinstall all the original crystal knobs on custom white resin doors, which hang on pivots rather than hinges. In another unique touch, the designer custom produced a wall covered in shell-encrusted teak to divide the kitchen and living room.

“I don’t like the bourgeois look or anything too minimal, as that style lacks warmth,” she says. “So, even though I might say less is best, having a few objects with a story behind them is far more interesting to me than a room full of objects.”

When Shamaris moved into the apartment, in 2008, the fireplace was sealed shut. She and architect Leeser decided to open it up, keeping the original black marble in front and painting the surrounding frame a strong white. “We left it very clean and wabi-sabi so that it blended into the wall,” Shamaris says.

As her apartment attests, Shamaris is a believer in the Japanese concept of wabi-sabi, which finds beauty in imperfection. In fact, she has curated an entire collection based on this simple aesthetic and sells it on her 1stDibs storefront and in her New York showroom.

The entire apartment is accented with pieces from Shamaris’s studio in Sumatra, where she lived for nearly a year after a stint in sales at Ralph Lauren's Bond Street flagship. During her travels around the world, she collected antiques along with design inspiration.

Tour Andrianna Shamaris's apartment at The Study, and shop her tables, seating and other furnishings on 1stDibs today.

Established in 1988, Andrianna Shamaris is a recognized authority in modern organic furniture. Skilled artisans from her studio in Sumatra and New York craft reclaimed wood and other natural elements into usable, premium-quality furniture and accessories sought after by architects, designers, luxury fashion brands and hotels across t...

Diamond Seller
These expertly vetted sellers are 1stDibs' most experienced sellers and are rated highest by our customers.
Established in 1988
1stDibs seller since 2014
689 sales on 1stDibs
Typical response time: <1 hour
More From This Seller

$2,000
Round Danish Teak Dining Table with Butterfly Leaf
Located in Crockett, CA
Nice smaller size 42" round Danish teak dining table with a 15" butterfly leaf stored under the top. The inset table apron under the top is 25" off the floor. The walnut round tapere...
Category

$2,907
Small Round Midcentury Teak Coffee Table
Located in Brooklyn, NY
This charming midcentury coffee table features an intricate "weave" style pattern on the side panels. With storage underneath this piece will add both charm and functionality to your...
Category

$900
Italian Midcentury Round Top Side Table with Inlaid Decor and Cabriole Legs
Located in Atlanta, GA
An Italian vintage walnut round top side table from the mid-20th century, with cabriole legs, carved stretcher and inlaid apron. Created in Italy during the midcentury period, this w...
Category

$3,750
Round Inlaid Dining Table
By Cipriani Homood
Located in Milan, IT
From a wide collection of tables by Cipriani, the round inlaid dining table features a chic top in Hungarian herringbone veneer, transmitting a sense of timeless style and luxury. St...
Category