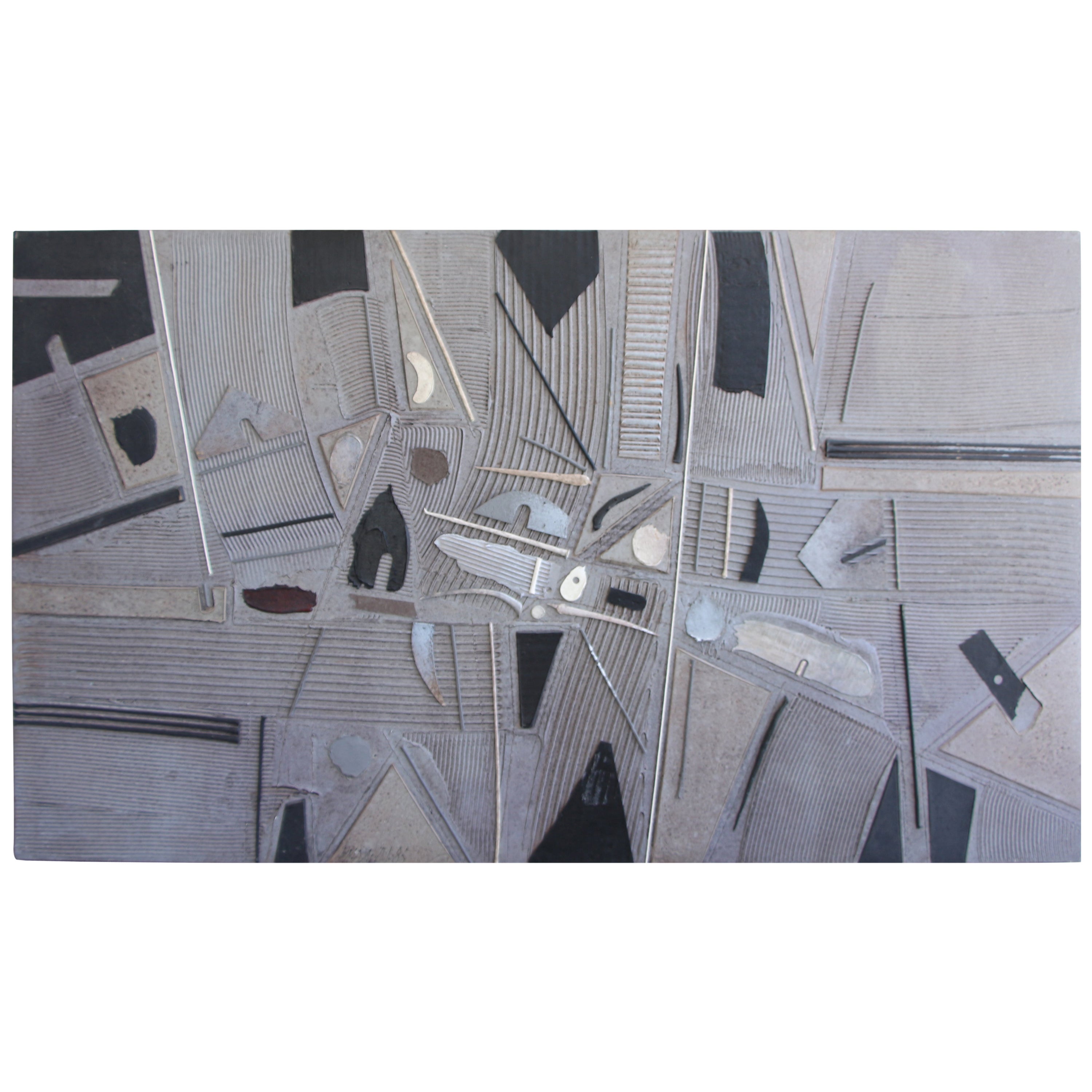 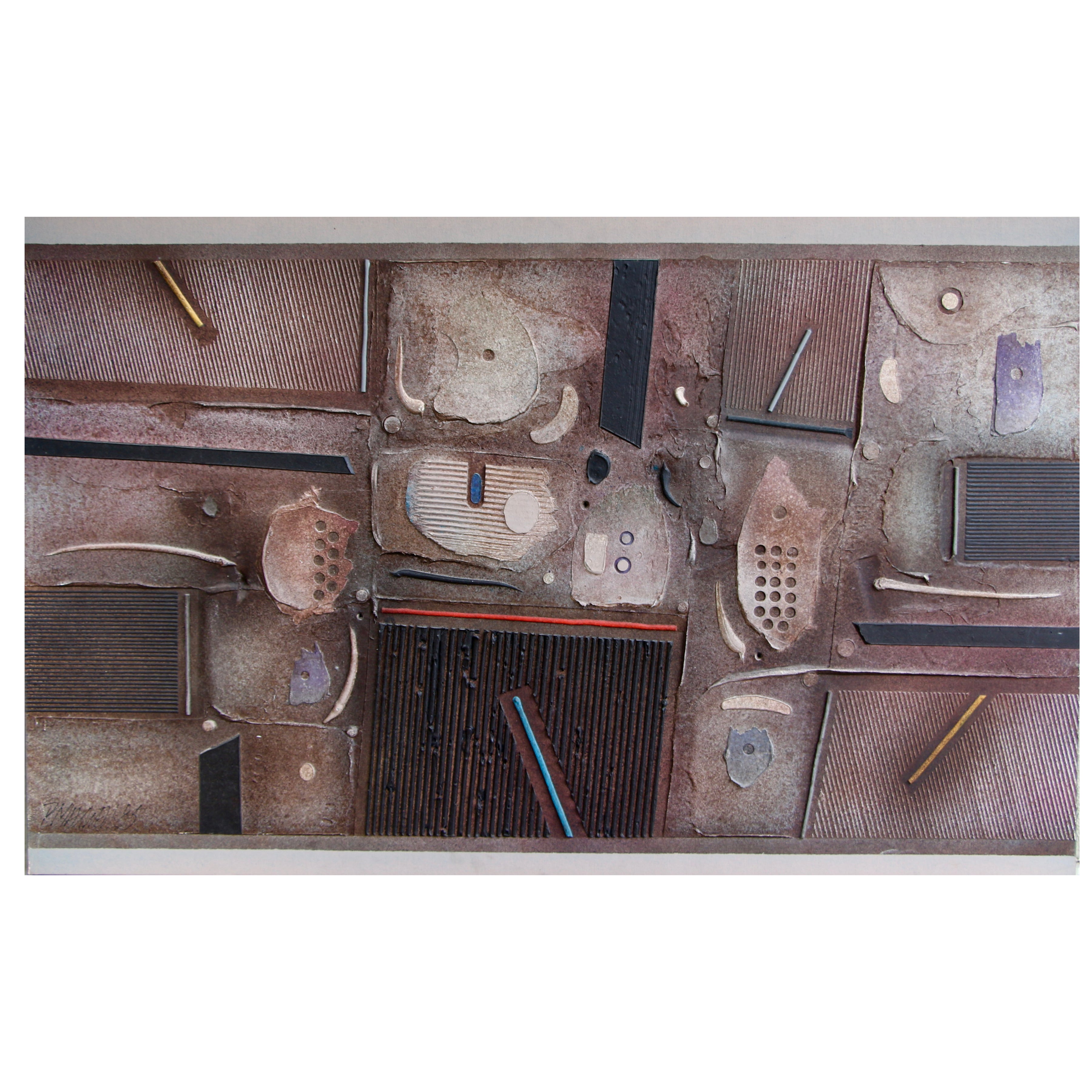 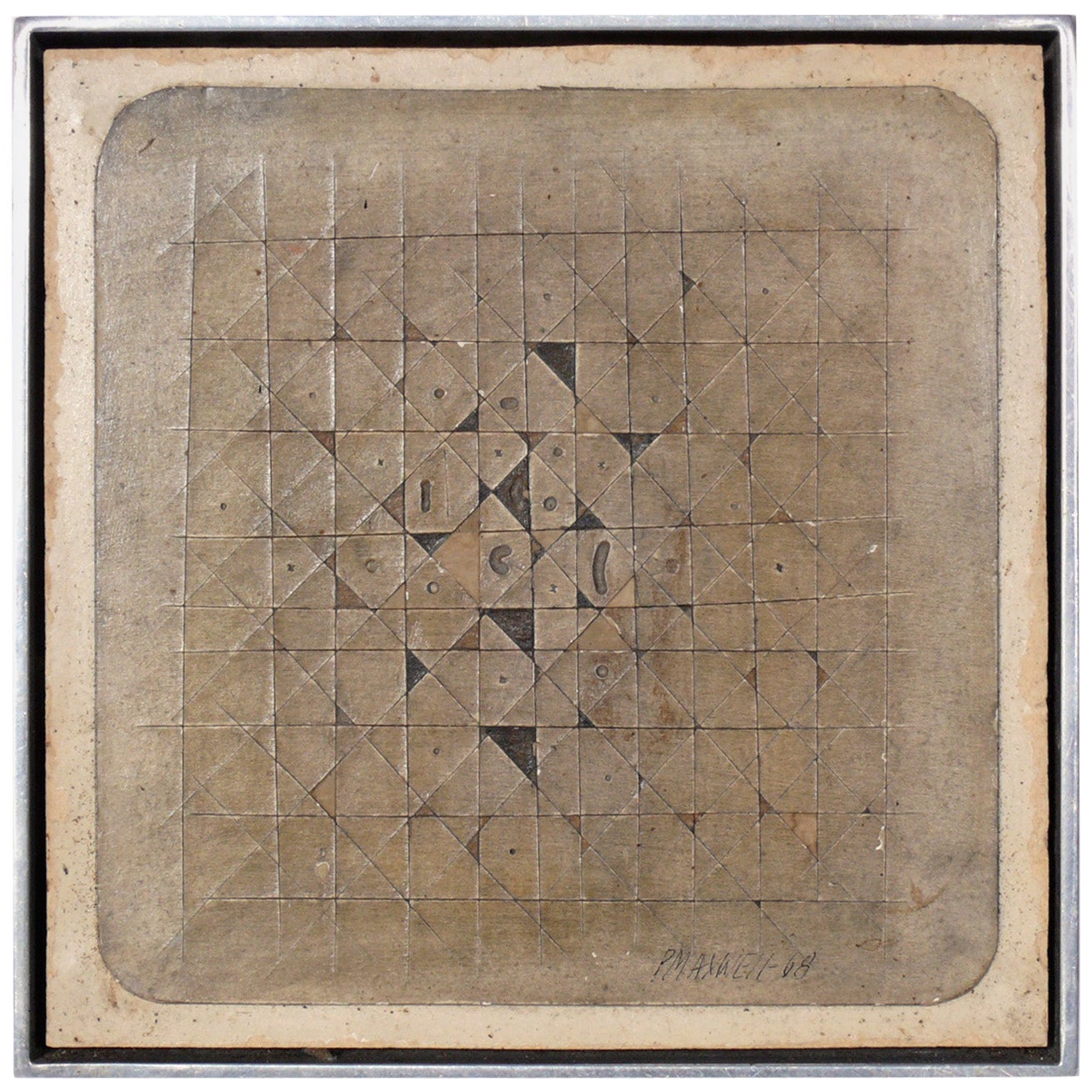 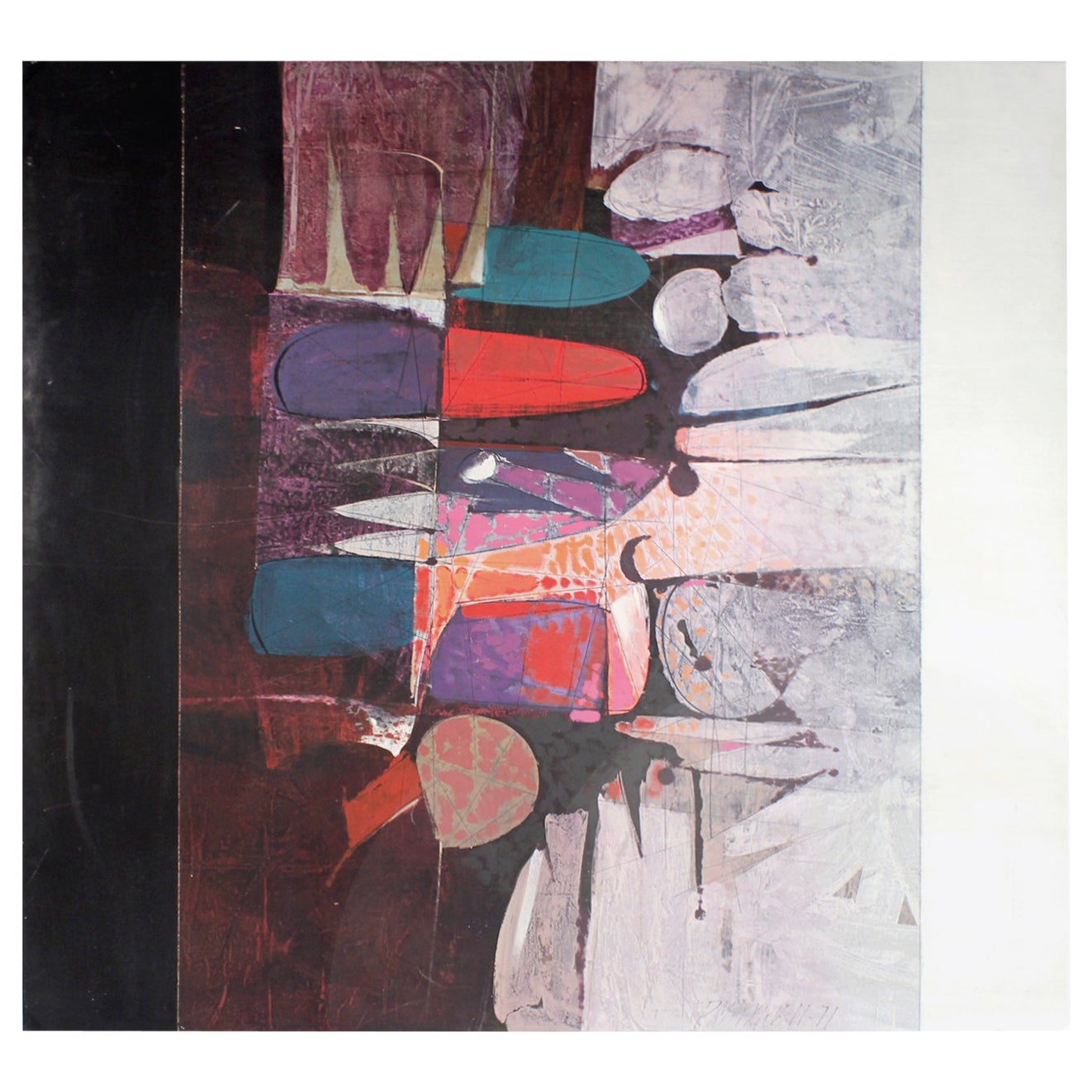 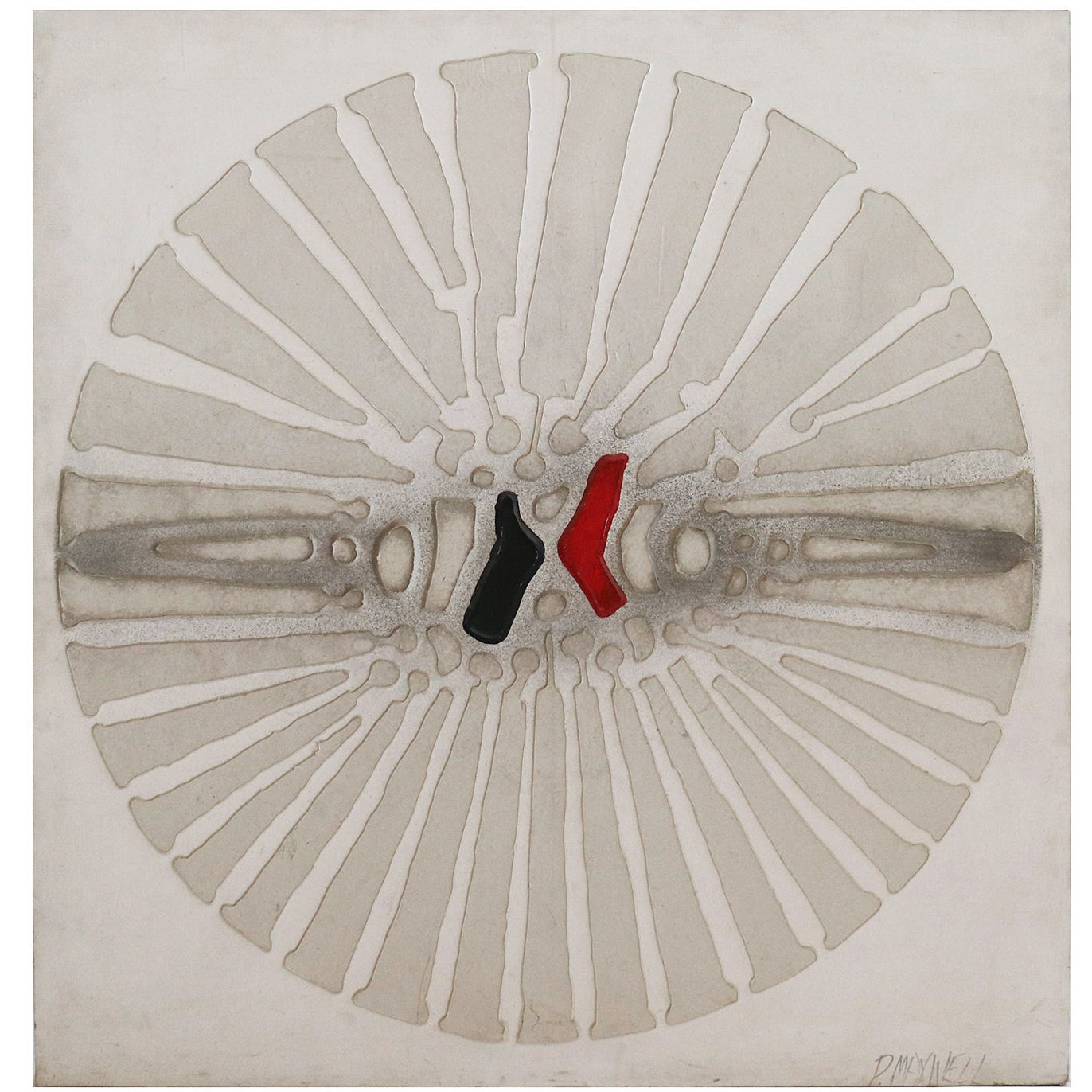 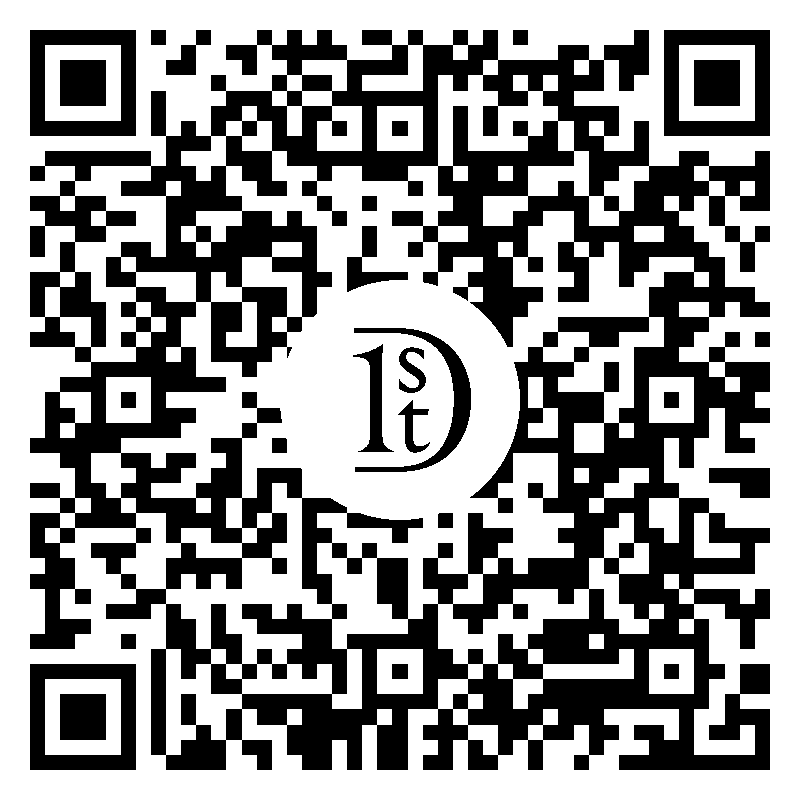 A nice work by the noted American artist Paul Maxwell (b 1925.) This work is signed titled and dated on the back Bridge 1984. A brief biography of the artist follows from askart: Biography from the Archives of askART Awards: First Prize in the 1953 Houston Annual, the Onderdonk Memorial Award in 1954 from the Witte Museum in San Antonio, TX, First Prize at the 1955 Philbrook Museum of Art in Tulsa; a one man exhibit at the 1964 World's Fair in New York, and many others. Information courtesy of Stephanie Reeves Biography from the Archives of askART Born in Frost Prairie, AR on Sept. 17, 1925. After graduating from Principia College in Illinois, Maxwell moved to southern California and did graduate work at Claremont College. He currently lives in San Diego. Exh: Calif. Watercolor Society, 1951. Edan Hughes, author of the book "Artists in California, 1786-1940" Nearly 20,000 biographies can be found in Artists in California 1786-1940 by Edan Hughes and is available for sale ($150). For a full book description and order information please click here. Biography from American Design Ltd. Paul Maxwell, American, Contemporary Painter Not only had Paul Maxwell established himself as an artist of national importance, but, more importantly, he was one of the few artists who has developed a new medium for his art. This process, called "stencil-casting," has been patented by Maxwell, (making him one of the few living artists to have his own patented medium). Stencil-casting is a unique process, similar in some respects to silkscreening. The process permited Maxwell to work in a heavy, precisely-controlled relief on any appropriate surface, including paper, vinyl, wood or fabric. A unique aspect of stencil-casting is that it literally has no size limit. The artist, therefore, is not restricted to those dimensions which characterize most traditional media. Paul Maxwell was a sculptor, painter, and printmaker in several other media. In addition to producing art, Maxwell was vitally interested in art education and has produced an art oriented television series. He founded the Contemporary Arts Foundation in Oklahoma City which has been an important influence on the cultural scene in the Southwest. The artist's monumental wall mural in the Dallas Apparel Mart, fondly called the "Max Wall," was used as the backdrop for a major movie, "Logan's Run," set in the 23rd Century. Maxwell's work has been exhibited throughout the United States and Europe, with pieces in numerous corporate and private collections. Read Less. 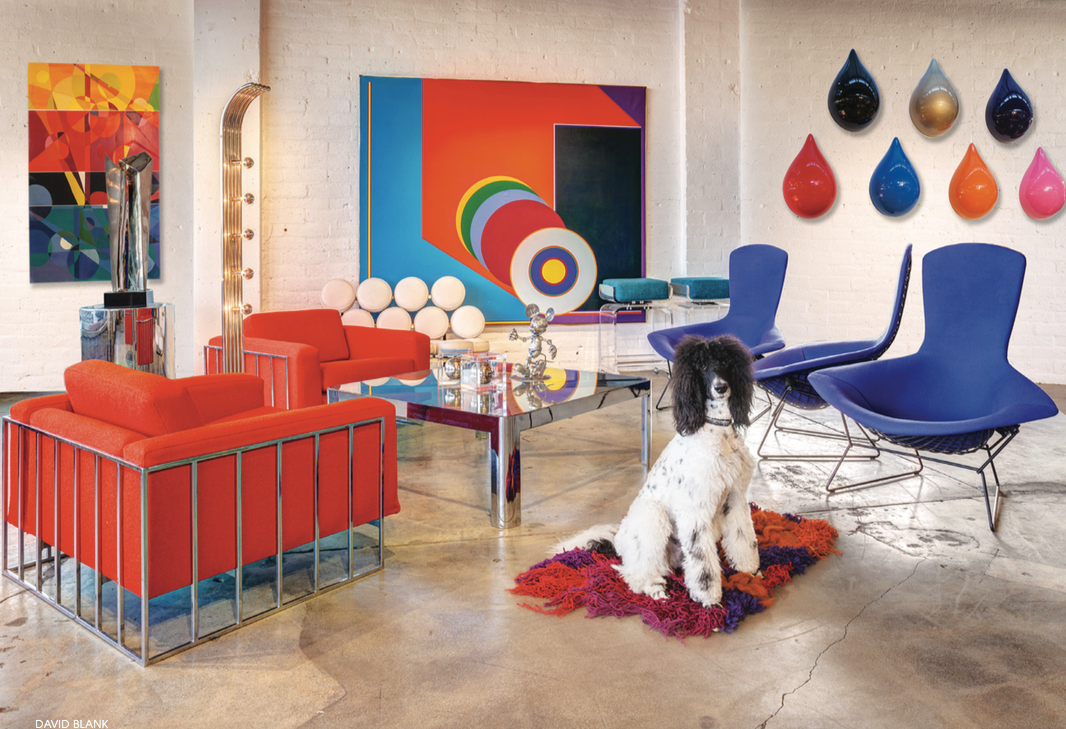 About the Seller
5 / 5
Located in Palm Springs, CA
Platinum Seller
These expertly vetted sellers are 1stDibs' most experienced sellers and are rated highest by our customers.
Established in 1995
1stDibs seller since 2007
206 sales on 1stDibs
Typical response time: 1 hour
More From This Seller
View All From Seller

$5,500
Westminster Bridge
Located in Lincolnshire, GB
An oil on canvas of Westminster bridge with the water tower on the left hand bank and a fishing boat in the foreground. School of Samuel Scott, this view of the Thames and others bec...
Category

$6,970
Picture Hunting Mieczysław Krzyżak (1914-1984)
Located in Kraków, Małopolska
We present picture hunting of the famous polish painter Mieczyslaw Krzyzak (1914-1984). Highly recommended item will be perfect complementation of the rooms in not only Classic st...
Category