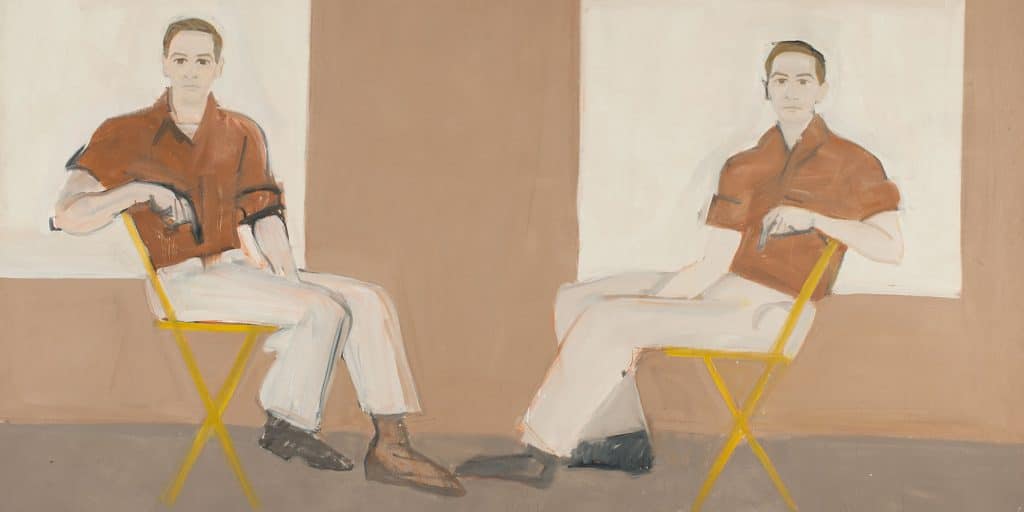 On the eve of a new exhibition just north of New York City, the nonagenarian contemporary-art icon talked with ‘Introspective’ about his long and ongoing career, the development of his signature style and his rather malleable definition of realism. 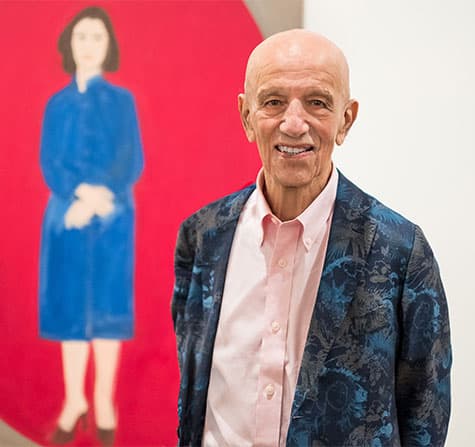 Are there any longer artistic careers than Alex Katz’s? He started painting in the 1940s, after serving in the navy in World War II. Now, at 90, he is still going strong, creating multiple works every month both in his Soho loft and in his clapboard house in Maine. If you’ve been to an art fair, toured a museum or browsed 1stdibs, you’ve seen his famously economical Pop portraits, epitomized by his images of his wife, Ada, with her dark swoop of a hairdo.

Okay, maybe the abstract doyenne Carmen Herrera, still painting at 103, has been going longer. And during an interview at his studio in New York, Katz brings her up as someone he admires. But Katz has also been a well-known art world commodity since the early 1960s — he’s definitely in the Living Legend category with Jasper Johns and a handful of others.

Now his formative period is being examined in “Brand-New and Terrific: Alex Katz in the 1950s,” on view through October 14 at the Neuberger Museum of Art, in Purchase, New York. This is Katz becoming Katz, with shades of Fairfield Porter, Paul Cézanne and Milton Avery along the way.

The 60-work exhibition was organized by the Colby College Museum of Art, in Waterville, Maine, to which Katz, who has summered nearby for six decades, has donated some 400 pieces. “He claimed he didn’t know what he was doing, but it’s clear he had a plan,” Diana Tuite, the Colby curator who organized the show, says of his style evolution. “He wanted to stay true to painting the figure, but he realized there was some radical potential in figuration, too.”

The 1950s were a crucial period in the artist’s life. For one thing, he met and married Ada Del Moro, his longtime muse. But artistically, his key development was the ability to follow his own mind. “He’s really resourceful,” say Tuite. “He borrows the idea of playing with scale from cinema — it was the era of wide-screen movies. By the end of the decade, he got to the point that sets up his mature style.”

This spring, Katz talked to 1stdibs about how he got from that point to where he is now 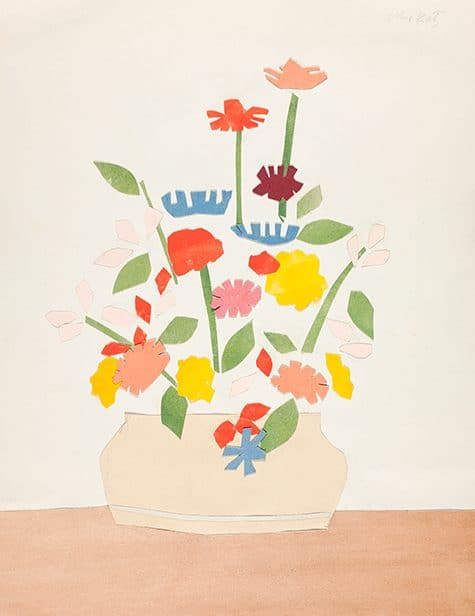 I left the navy on V-J Day, after one year. I got the GI Bill and mustering-out pay. I just really was lucky.

Has that experience affected your art over the years?

The sea was great because it was complete freedom, you know? I didn’t have real obligations, like I did as a kid: My father died when I was sixteen, and I had to work. When I got the GI Bill, they didn’t have part-time anymore — you went to school full-time. So, that was a big deal. I went to Cooper Union, and from Cooper, I went to Skowhegan [School of Painting & Sculpture, in Maine]. At the time, Skowhegan was a provincial art school and really kind of backward — elegant, but backward.

What kind of influence did it have? 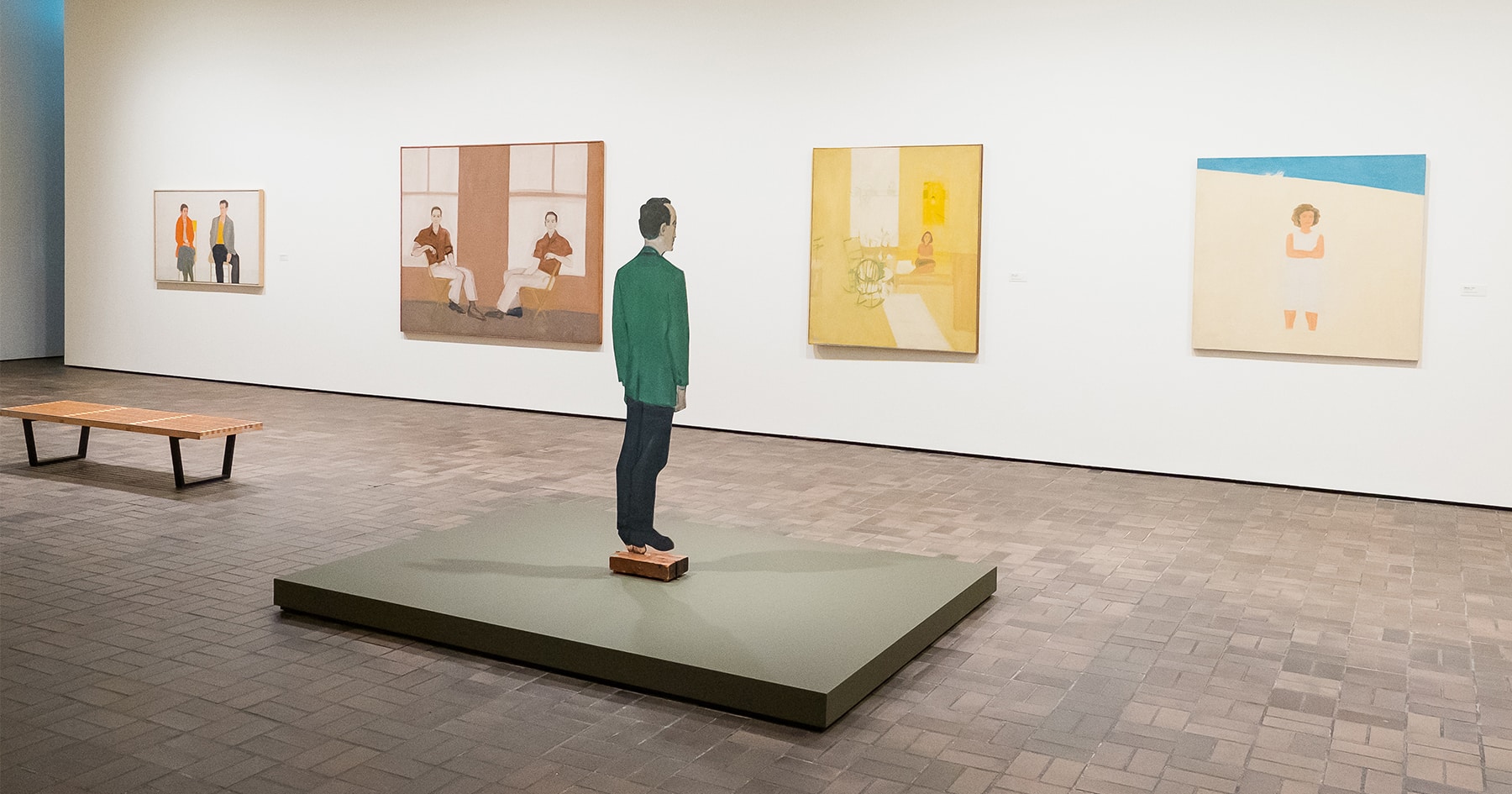 The show, “Brand-New and Terrific: Alex Katz in the 1950s,” is on view at the Neuberger Museum of Art through October 14. Photo Tim Grajek

You were trusting your instincts.

But then, I got involved in realism. And realism is like Pandora’s box, because you initially think of it as something that’s absolutely fixed. When you start fooling around with it, you find it’s not fixed at all. It’s just a matter of opinion what’s realistic and what isn’t.

What does that mean, exactly?

The sensation of what you see, for me, is as valid as the details. So, I leave out a lot of details. I think if you put all the details in, it doesn’t look like the sensation. 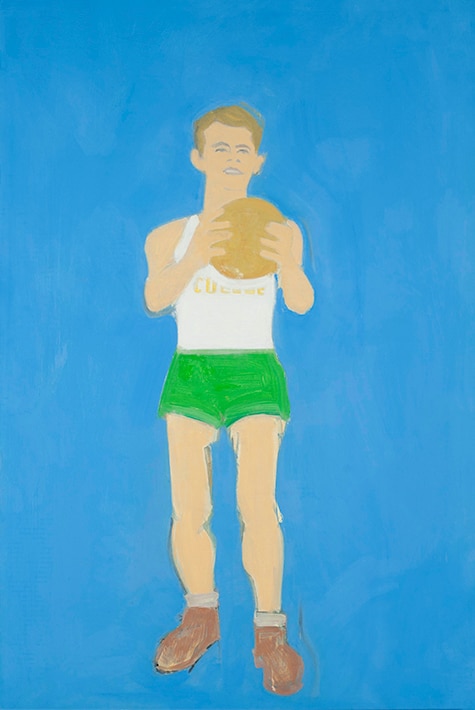 Was your approach successful right away?

No, I had five commercial flops. At one show, I sold four paintings — but to friends. Around 1959, I went to the Tanager Gallery, which was a big deal. It was cooperative, and it was highly focused. Everyone saw your show. I had a show that was an explosion — you know, all of sudden, everyone was interested.

What do you think people were responding to?

The flat backgrounds with the specific features. That was new. The show was a really big, big hit, but no sales. The work was very radical, you know, and a lot of people hated me at that point.

But [Robert] Rauschenberg and Johns came over and became friends. They called me up, took me to supper.

I went to the Stable, which was a big-time gallery. And I had a show there and still didn’t have any sales. Only when I went to Marilyn Fischbach, that’s when I started to sell. But it would’ve happened at the Stable or any other place, because interest was really building up.

How did Maine contribute to your development?

I got rid of the junk from New York when I was young, you know? I had always wanted to. I just had to figure out how to do it. Maine clarified it. Landscape painting was the way I got out of Cubism. And then, it became figures.

Could you see the through line?

When you’re doing it, a lot of it doesn’t make any sense, you just do it. And when you’re twenty years away from it, it seems like there’s a logical progression. I started doing these little collages in late 1954. The figures followed after. The cutouts started in the late fifties. I cut one out, and it seemed interesting. So I started doing these “flat statues,” as we called them. 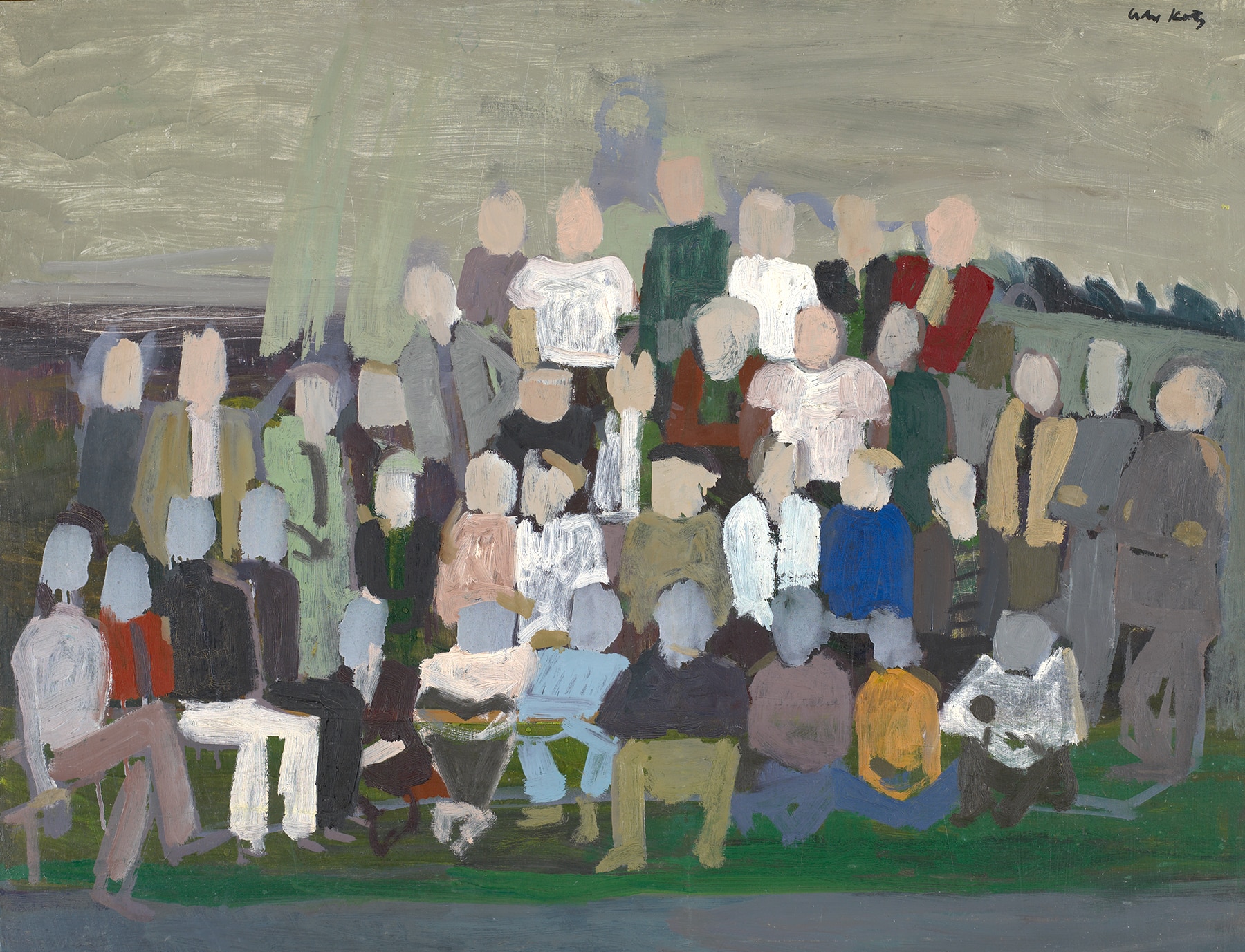 I don’t know. We had a show in Stonybrook [on New York’s Long Island] twenty-five-some years ago, and it was two hundred fifty at that point. It’s probably five hundred now. But who’s counting? People know who she is. At an opening once in Florida, this one woman said to another woman, “Is that the artist?” And the other woman said, “It must be, he’s standing next to Ada.” She’s an art star. 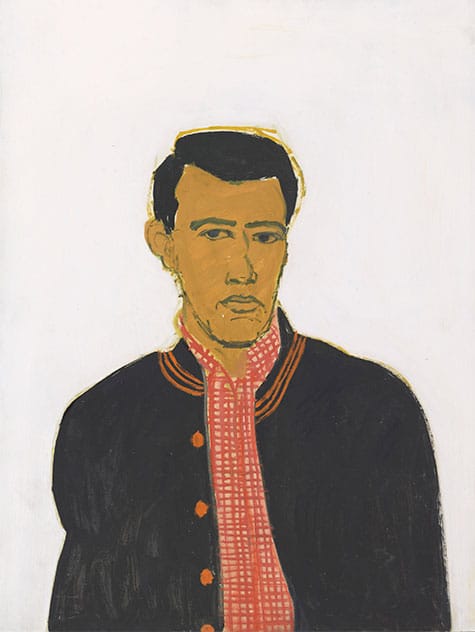 How do you keep going at such a fast pace at ninety?

I think a lot of it is just genetic. And I take care of myself, too. I’ve certainly got more work now than I ever did. And you cut things out. We don’t do art dinners. There’s a whole bunch of things I don’t do as much. But I’m painting more. And it just seems like my technique is stronger.

The real good painters get better in their nineties. I think of the Japanese: [Katsushika] Hokusai, for instance. And Titian did some really unusual stuff in his nineties. And [Henri] Matisse well into his eighties.

Sometimes it’s just boredom. I wake up thinking about a certain yellow. I think painting is malleable, and you have to adjust it to your temperament. My temperament is nervous — very high speed. I don’t have much patience. I have a lot of discipline but not much patience. I wanna get it finished.