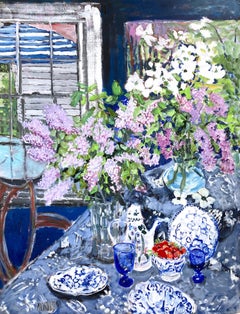 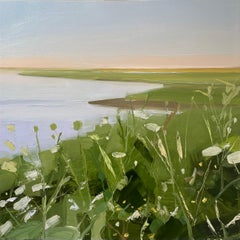 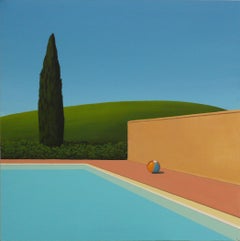 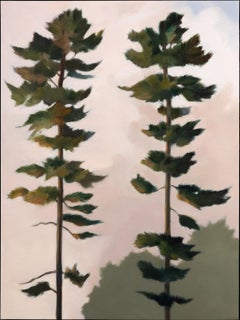 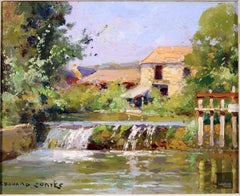 GRASSES 3 - Contemporary Atmospheric Landscape, Modern Seascape Painting
Located in Salzburg, AT
To emphasize the grasses even more, the artist uses modeling paste, It gives the beautiful painting even more depth. A few words of the artist about his art: When i painting landsc...
Category

Across the Lake - Serene Landscape with Expansive Sky & Calm Water, Original Oil
By Ahzad Bogosian
Located in Chicago, IL
"Across the Lake" is a minimalist landscape painting depicting subtle shifts of color in the cloud covered sky. The clouds part slightly to reveal the sun reflected on the calm wate...
Category

“Disfluencias 6”, Canvas, Painting
By RENIS
Located in San Jose, CR
Roberto RENIS, Mixed Media on Canvas, Abstract Contemporary Latinamerican Art. The Writing: They are fragments of stories that appear in the interstices of words (between words) du...
Category

Almas en Trayectoria
Located in San Jose, CR
Marcia Price Mayrink is a Nicaraguan-Brazilian artist of visual multi-language. Her abstractionist and geometric work is characterized by planning the painting with rational principl...
Category

Ingresso - Architectural Trompe L'oeil Inspired by Ancient Roman Garden Frescos
By Carol Pylant
Located in Chicago, IL
Inspired by the ancient trompe l'oeil roman frescos of the Villa di Livia, this gardenscapes by artist Carol Pylant focuses on the most deteriorated and weathered sections of the fre...
Category

“Bosque Verde” 2018, Canvas, Oil Paint, Abstract Contemporary painting
By Guillermo Conte
Located in San Jose, CR
By noting the vigour that Guillermo Conte s works exhibit, and without this contradicting an anti-bellicist stance, it is confirmed that the act of painting is a battle that remains ...
Category

A Boat and a Bird
Located in Boston, MA
Artist Commentary: The pelican couldn't figure out how to start the motor so time to leave... Keywords: Caribbean, water, boat, pelican Artist Biography: Robert Crooker was born i...
Category

Entrata Severa, Architectural Gardenscape Inspired by Ancient Roman Frescos
By Carol Pylant
Located in Chicago, IL
Inspired by the ancient trompe l'oeil roman frescos of the Villa di Livia, this gardenscapes by artist Carol Pylant focuses on the most deteriorated and weathered sections of the fre...
Category

“Paisaje” Canvas
By Guillermo Conte
Located in San Jose, CR
By noting the vigour that Guillermo Conte s works exhibit, and without this contradicting an anti-bellicist stance, it is confirmed that the act of painting is a battle that remains ...
Category

Halleluja, A story
Located in New York, NY
Initially read as archaic and simple, Halleluja is a complex celebratory spring painting full of color, imagination, and humor and combines many elements seen throughout her later ca...
Category

Elbridge Kingsley 19th Century Tonalist Landscape
Located in San Francisco, CA
Elbridge Kingsley: 1842-1918. Listed American artist whose paintings are very rare. He was born in Carthage Ohio and moved to Hatfield Massachusetts as an infant. He ended up becomin...
Category

By the River
Located in Albuquerque, NM
Mateo Romero (Cochiti Pueblo), By the River, oil on canvas, 8" x 8", 2019
Category

Quiet Evening - Setting Sun and Rising Moon, Reflective and Romantic Colors
By Rose Freymuth-Frazier
Located in Chicago, IL
The sky is in in that in-between stage where the setting sun casts its golden rays upon the sky and the rising moon is peaking through. This combination creates a haze of golds purp...
Category

PaperLandscape
By Marilina Marchica
Located in Agrigento, AG
PaperLandscape oil and collage on cotton canvas 50x50 cm 2021 original artworks the painting is sold stretched out on a wooden frame ready to hang
Category

Milan Tiff
The State of America, 2020

“Puerto Viejo”, 2018, Canvas, Oil Paint
By Guillermo Conte
Located in San Jose, CR
By noting the vigour that Guillermo Conte s works exhibit, and without this contradicting an anti-bellicist stance, it is confirmed that the act of painting is a battle that remains ...
Category

Lake Erman 110x89cm
By Zarina Biganti
Located in Antalya, TR
Oil on canvas 110x90 Zarina Biganti, professional artist. Member of the Union of Artists of Russia. Zarina's works have taken part in many exhibitions. At the moment, Zarina te...
Category

Sleeping Nude Reflection - Contemporary female nude figure painting classical
By Michael Alford
Located in London, Chelsea
The original nude painting by Michael Alford is framed and ready to be displayed. The interesting textures and brush strokes used in the background of this painting make for a multi-...
Category