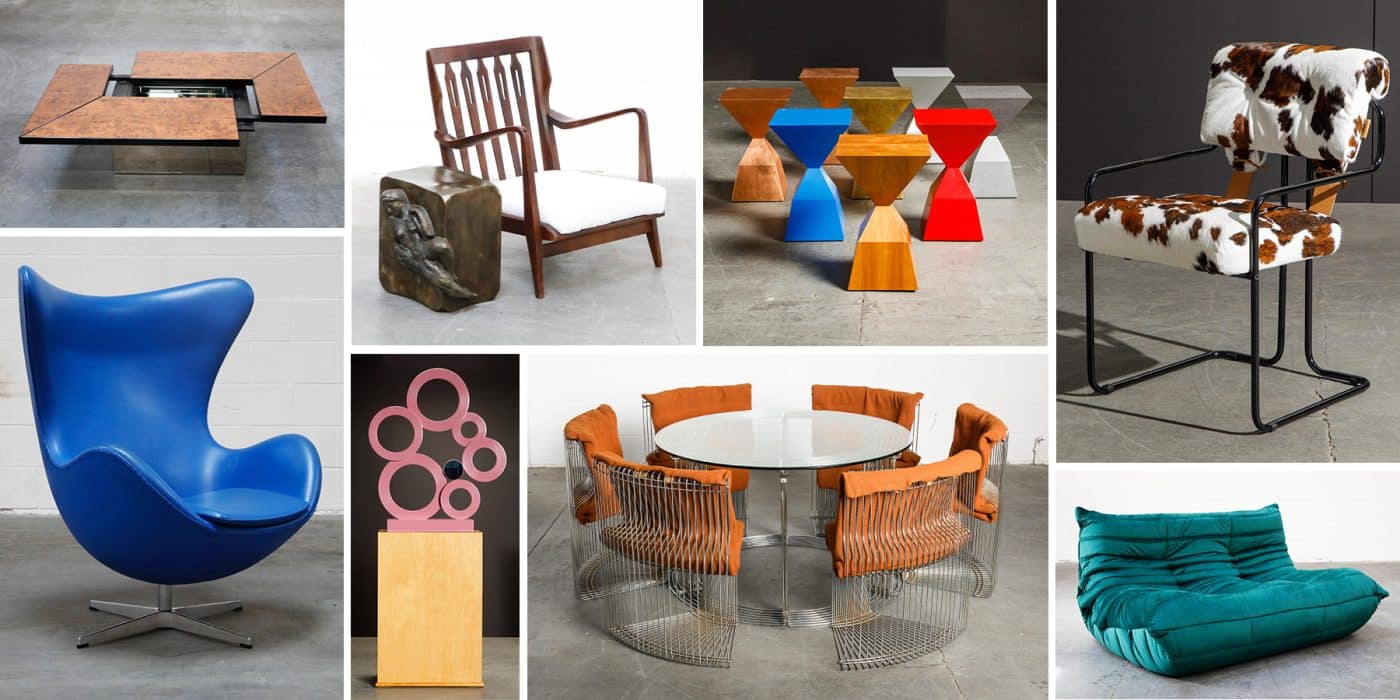 In his downtown L.A. shop, furniture dealer Dex Hamilton shares his enthusiasm for the most distinctive pieces of the past hundred years with a new generation of collectors.

“I could live in a home with nothing but smoked acrylic,” he says with a laugh.

That home, however, probably won’t be in Southern California. Hamilton is planning to relocate next year to a small town outside Dallas and build a 23-acre design campus there, including galleries, warehouses and workshops. “There is zero chance I could afford all of that in Los Angeles,” he says.

Hamilton developed an appreciation for design growing up in a suburban L.A. home furnished in 1970s splendor, complete with shag carpeting and macramé. “I helped my mom with a remodel in the late nineteen eighties,” he recalls, “and it looked like a cheap version of the house in Beetlejuice, a little too postmodern.”

After high school, he became a serial entrepreneur, eventually building a digital marketing and technology agency that gave him the means to collect vintage wristwatches and fill his home and offices with 20th-century furnishings.

In 2013, running out of room for his treasures and patience for his line of work, Hamilton created Automaton. Although the name has a sci-fi ring, Hamilton associates it with the mechanical marvels produced in the 19th-century, an era, he points out, “when things were made differently, to last many lifetimes.”

Today, his passion-driven business boasts a clientele of high-profile decorators and celebrities. “I love working with the kids of high-net-worth families and helping them build collections,” Hamilton says. “They are excited about design and open to new ideas and understand the ‘cool factor.’ ”

At least, most of them do. “Recently,” Hamilton recalls, “a young woman called me to sell her late father’s Eames 670 Lounge, a second-generation rosewood example in all-original condition. She was going to use the money to buy a CB2 sofa. I tried to talk her out of it. I really tried.”

Here, Hamilton speaks with Introspective about decorating trends, overlooked designers and the sentimental side of collecting.

What pieces do you offer that showcase your eye and how you approach acquisitions?

There was a pair of rosewood and leather chairs by Jorge Zalszupin that we sourced in Rio. What made them incredible was that they had inventory tags from Infraero, the Brazilian state-owned airport authority, which dated the chairs to around 1972 or ’73, when Zalszupin was contracted to create the furniture for Infraero’s new offices. In this day and age, having documentation like this is key to establishing authenticity.

Can you share some advice for maintaining the designs you sell?

Definitely care for your items. But also realize that they have lasted many decades and will still outlast the majority of new items bought these days. So, sit on that couch, or even fall asleep and drool on it. Let your dog and kids on it. That’s the point of investing in furniture rather than stocks — you can enjoy and appreciate your investment while you own it.

What pieces do you love too much to sell?

Some of my most cherished items have very little resale value but have great sentimental value to me. What started me off as a collector was restoring some of my late mother’s mid-century pieces in 2005: a nineteen-fifties Danish teak dresser, a fifties flip-top Chinese import liquor cabinet and a pair of Chinese carved-wood nightstands.

The nightstands needed a lot of work, so I brought them to an antique-restoration specialist and spent almost two thousand dollars restoring them. I told my uncle about it, and he said, “Oh yeah, I bought them for your mother for thirty dollars.”

Where do you see design trends heading?

I’m seeing a big shift away from typical fifties Danish modern and into sixties and seventies mod and eighties postmod. Right now, I’m working with i 4 Mariani, repping their Tucroma dining chairs and Big/Superbig desk chairs. These are great and timeless nineteen-seventies Italian designs by Guido Faleschini, which are still produced with high-quality craftsmanship and a liberal use of leather in that cognac color that people really love.

In Southern California, I’ve come across a lot of designs by Steve Chase from the nineteen seventies and eighties, before he passed. He was much less a furniture designer than he was an interior designer, but he commissioned most of the furniture in his interiors, which I feel elevated him. Kind of like a Maison Jansen in that way. While I wouldn’t consider myself a Steve Chase collector, I would gladly live in one of his homes.

You have a fondness for Michel Ducaroy, the French modernist famed for his low-slung seating designs, such as the shar-pei-ish Togo collection from 1973. Explain, please.

As much as I might want to, I’m not going to say that Togos are too overplayed these days, because they are incredible, and no matter how much I see them, I still love them. They are fun and comfortable to have in almost any room.

What designs do you jones for?

I don’t really have a holy grail, but I would love to grow a strong collection of Gabriella Crespi. Her work was done in small numbers. It’s extremely hard to get, so it is unconquered territory for me. I also like that she did collections — such as the Caleidoscopio lighting and Rising Sun rattan furniture — that were curated around how she felt at the time, bridging that gap between furniture and art. 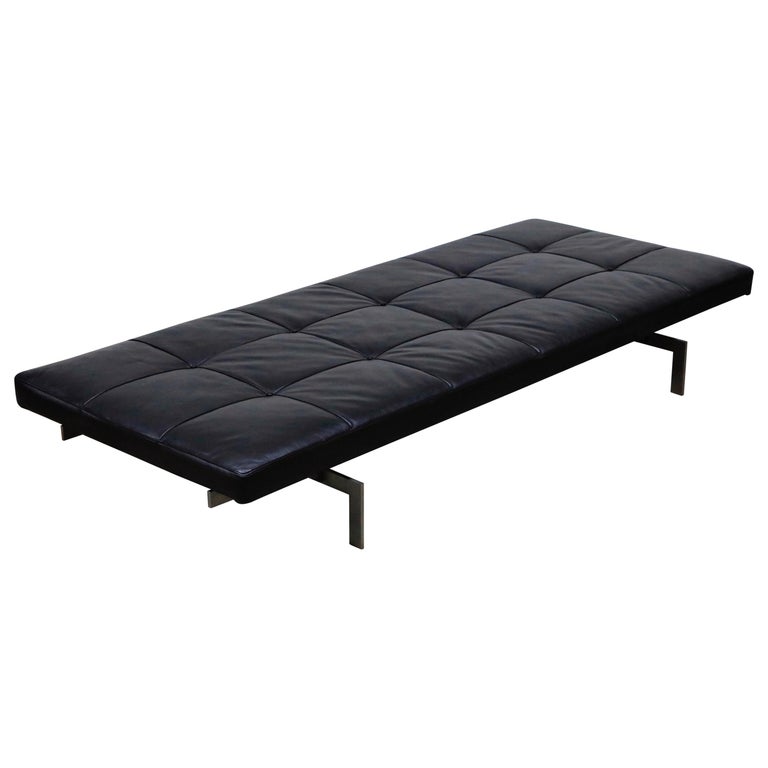 “This rare daybed by Poul Kjærholm for E. Kold Christensen, with the original frame and leather cushion, is double EKC stamped — and in my book, two signatures are better than one. I never suggest collectors buy the new Fritz Hansen reproductions. With Kjærholm, it’s EKC or nothing for me.” 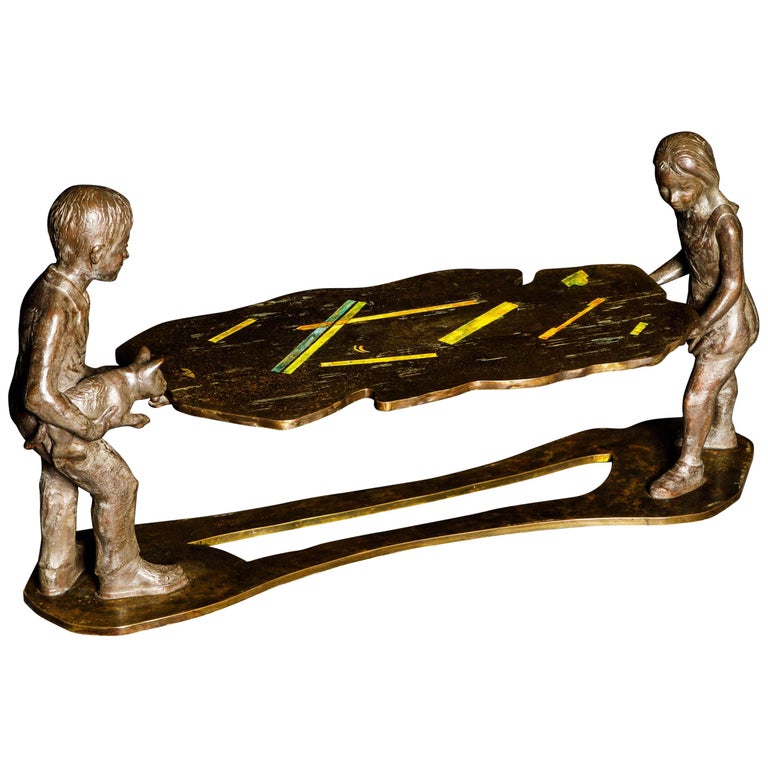 “I love the LaVernes. Philip and Kelvin considered themselves fine artists and sculptors rather than furniture makers, and this example combines multiple techniques, including lost-wax casting, torched bronze and enameled inlays. This Generation piece is speculated to be the actual one — not just the same design but the exact piece — photographed for the cover of the Philip & Kelvin LaVerne: Sculpture III catalogue.” 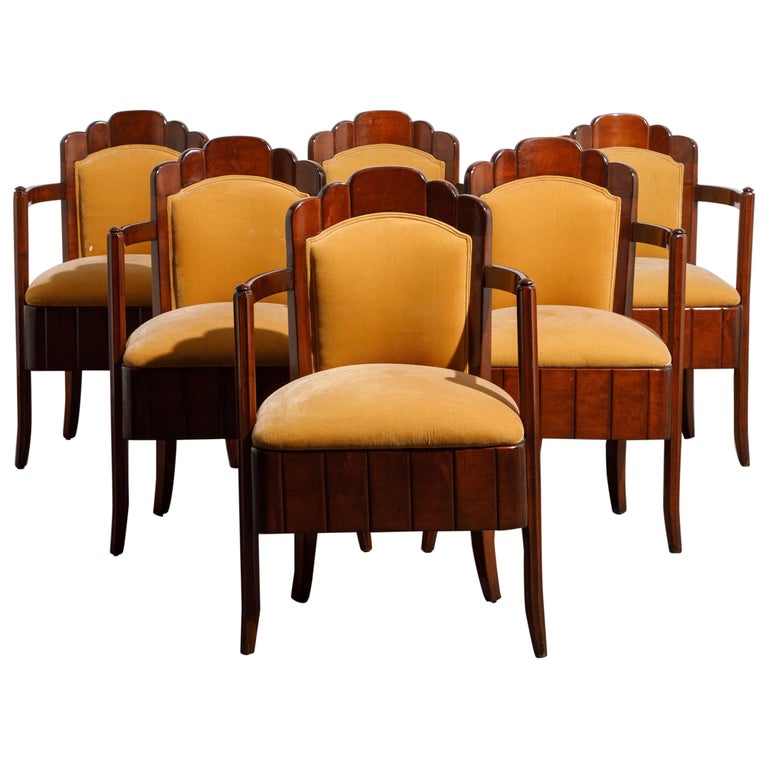 “These circa 1927 scalloped mahogany and velvet Art Deco chairs came from the first-class dining room of the passenger cruise liner the S.S. Île de France and were designed by Pierre Patout. They were offered at the Christie’s 2006 Ocean Liner Furnishings and Art auction, and one of the chairs still has the Christie’s tag.” 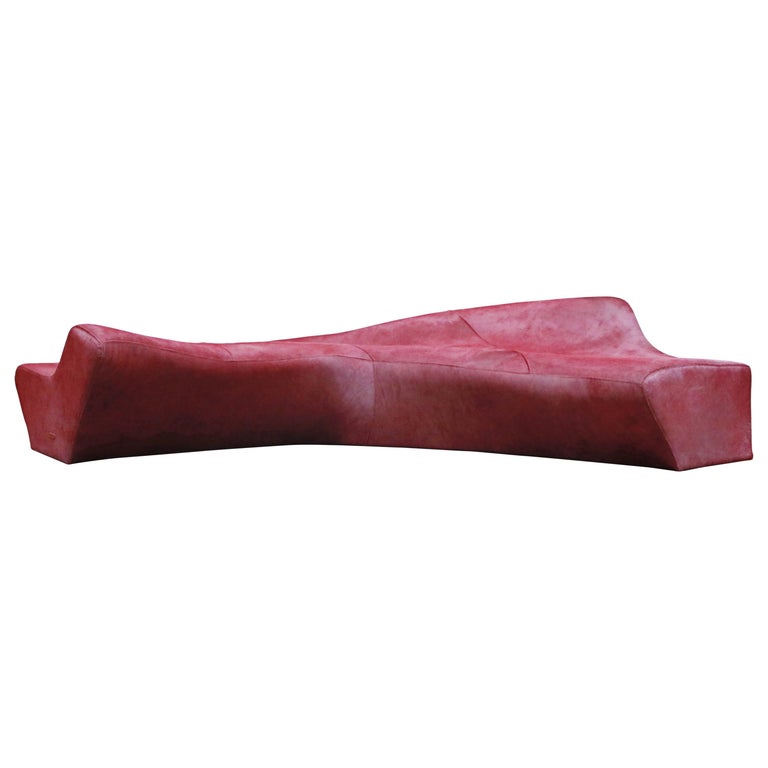 “This sofa from the Z-Scape series speaks for itself. It is completely and absolutely unique in every way, which also seemed to be Zaha Hadid’s MO. It’s one of those pieces that, as a collector and dealer, I would want to place in a gallery room with large pieces of art all around.” 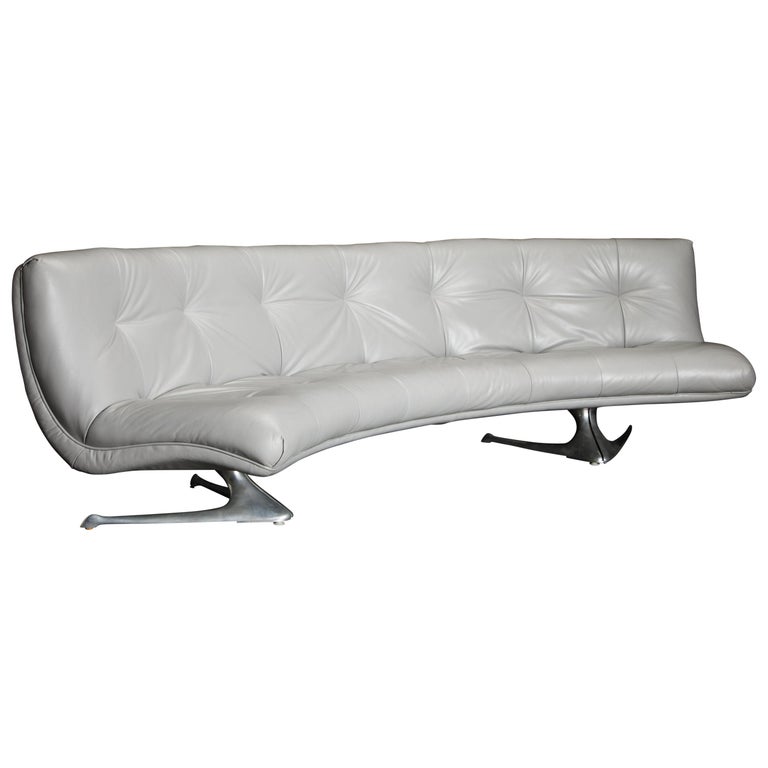 “Kagan is one of my favorite designers, and the leather on this is so sumptuous and nice. If I were designing an entertainment room for myself, this would absolutely be the sofa I would choose.” 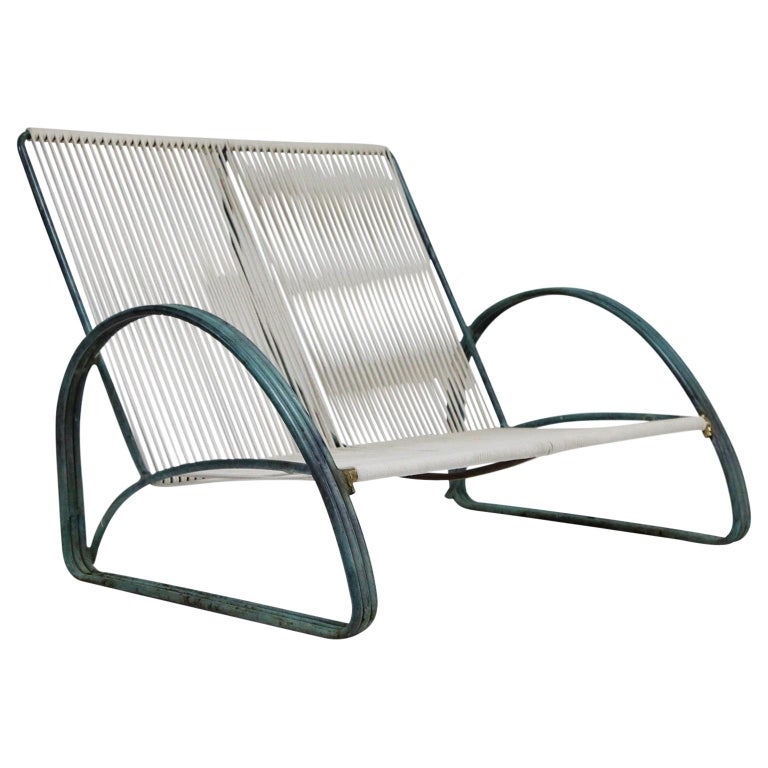 “This example was owned by Shirley Temple. Enough said? Well, on top of that, Walter Lamb’s loveseats and sofas are extremely rare, and this particular style is even more so — the arms are a full half circle, whereas typically they’re chopped off at the front.” 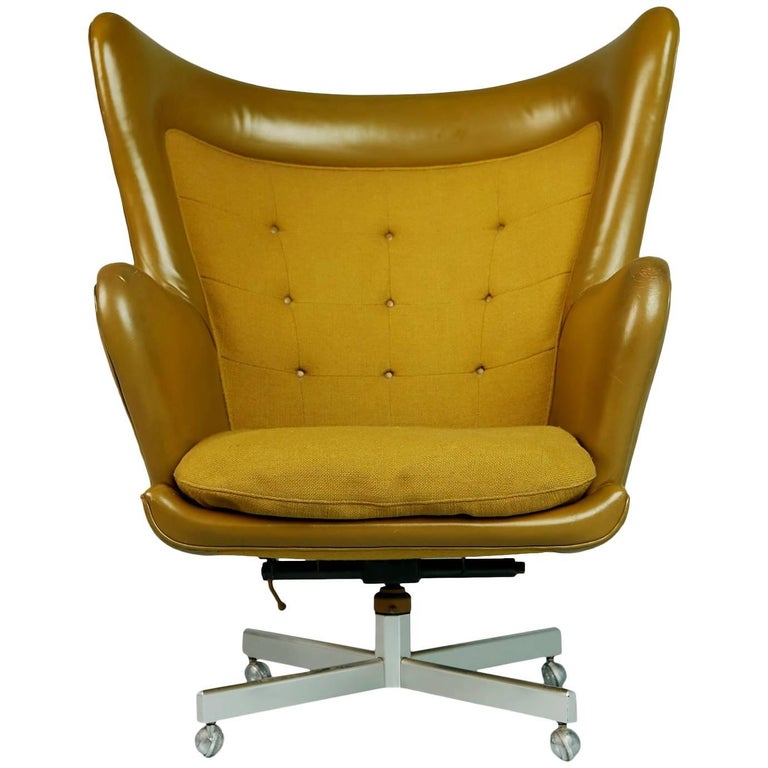 “A chair fit for Dr. Evil (and his cat!). George Kasparian’s daughter reached out to me and let me know this exact chair was the one her father used in his office. Not many were made, and she recognized it based on its particular configuration.” 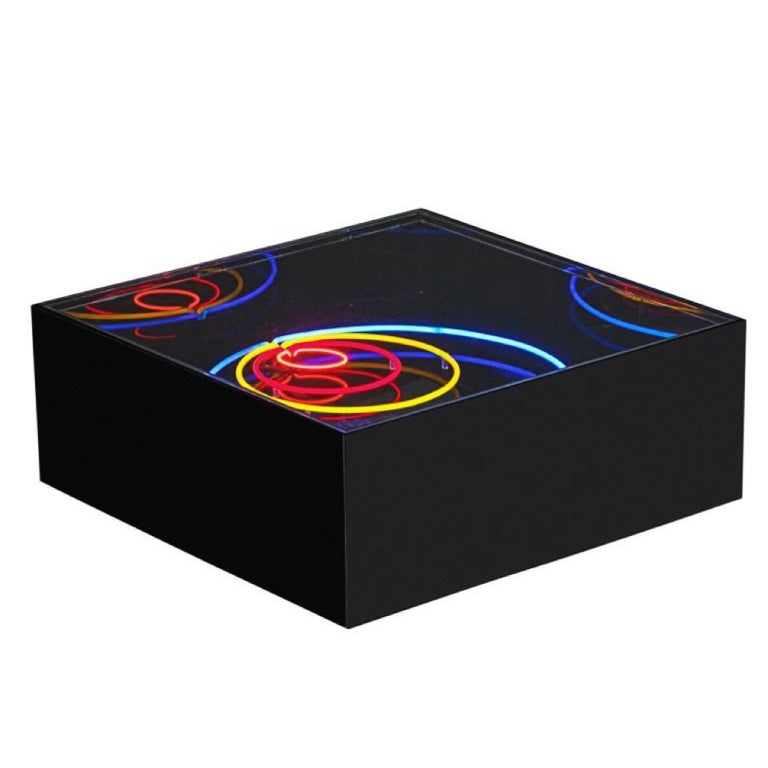 “Is it a table? Is it lighting? Is it art? I have no idea. But I get this feeling that it was once in Studio 54. Rudi Stern made a lot of their neon lighting and sculptures, so there is a chance, but I have no evidence to back that up.” 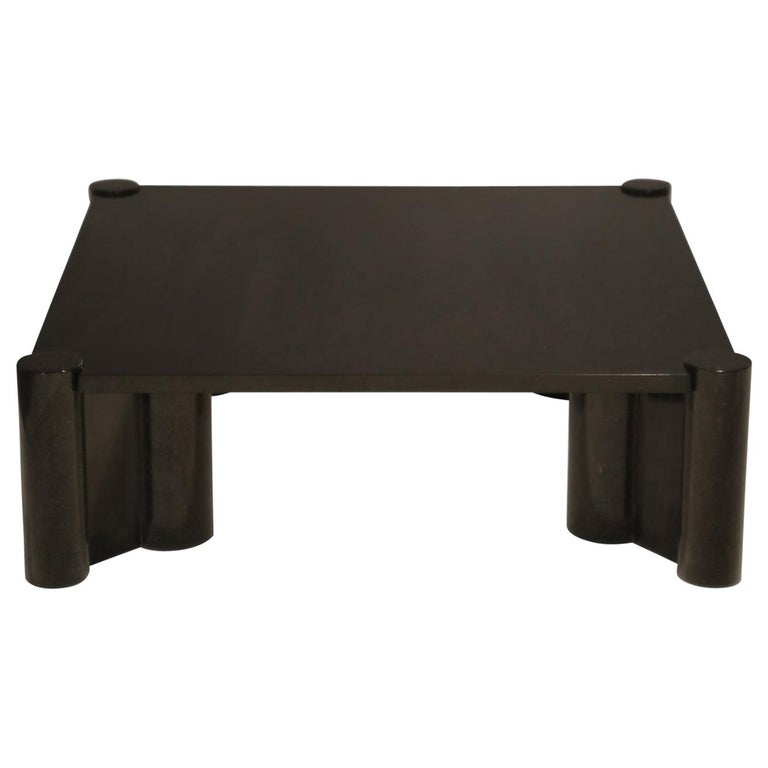 “This is one of my favorite coffee-table designs. What makes this piece special is that it’s in rare dark-black granite, which is such a hard material that it is essentially still in mint condition. I’ve had several Jumbo tables over the years, and currently I have one in the highly coveted white marble with gold veins, but this black granite one takes the cake.”