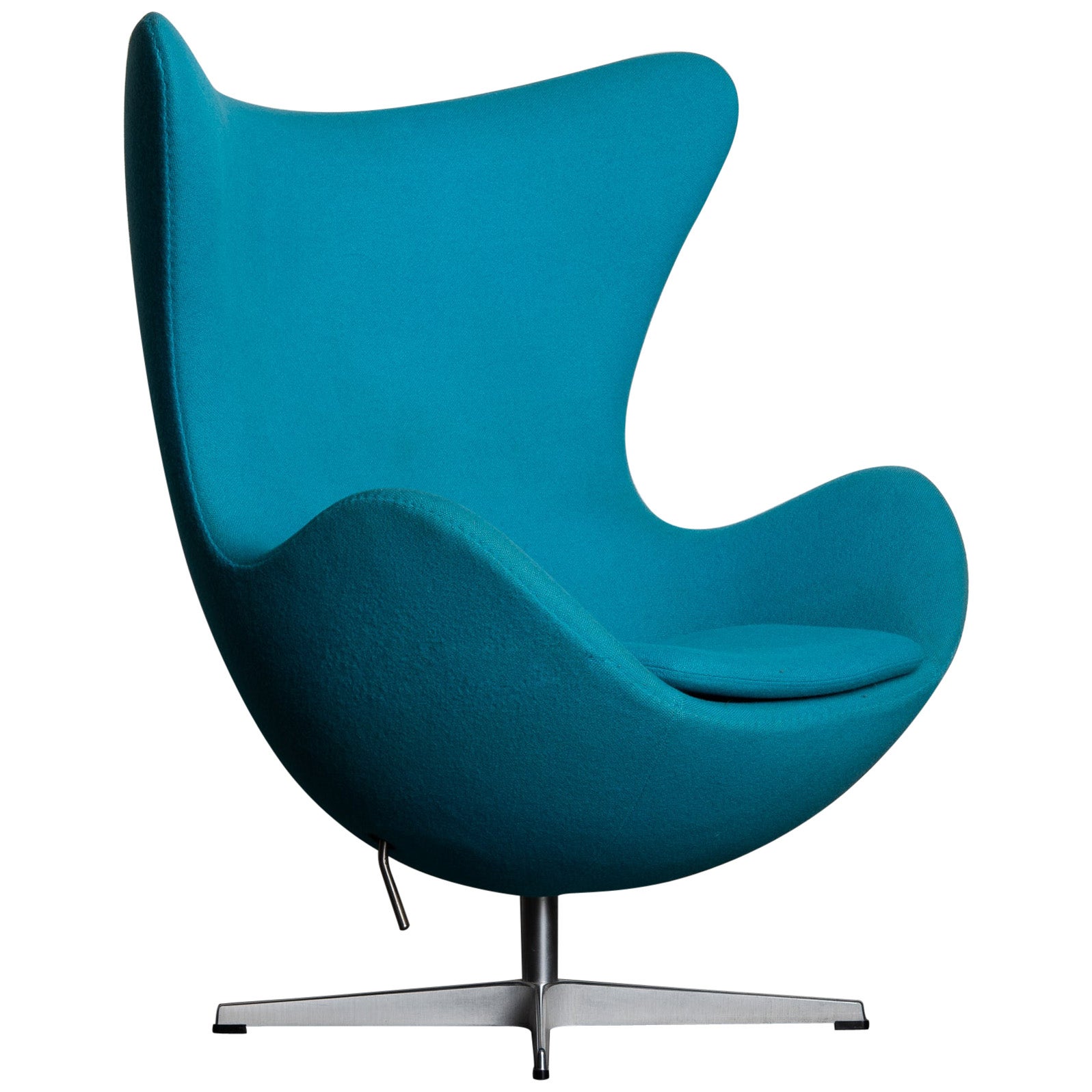 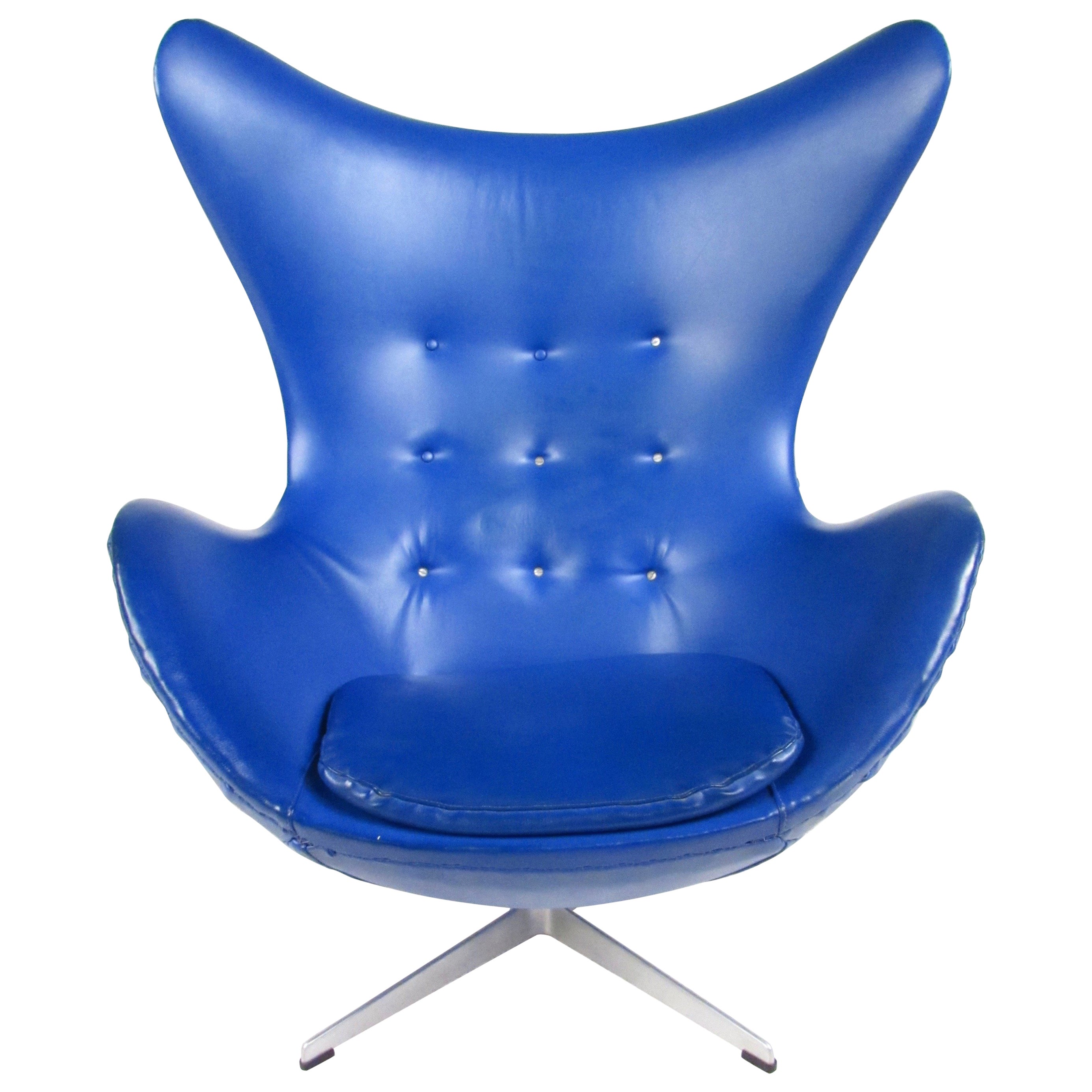 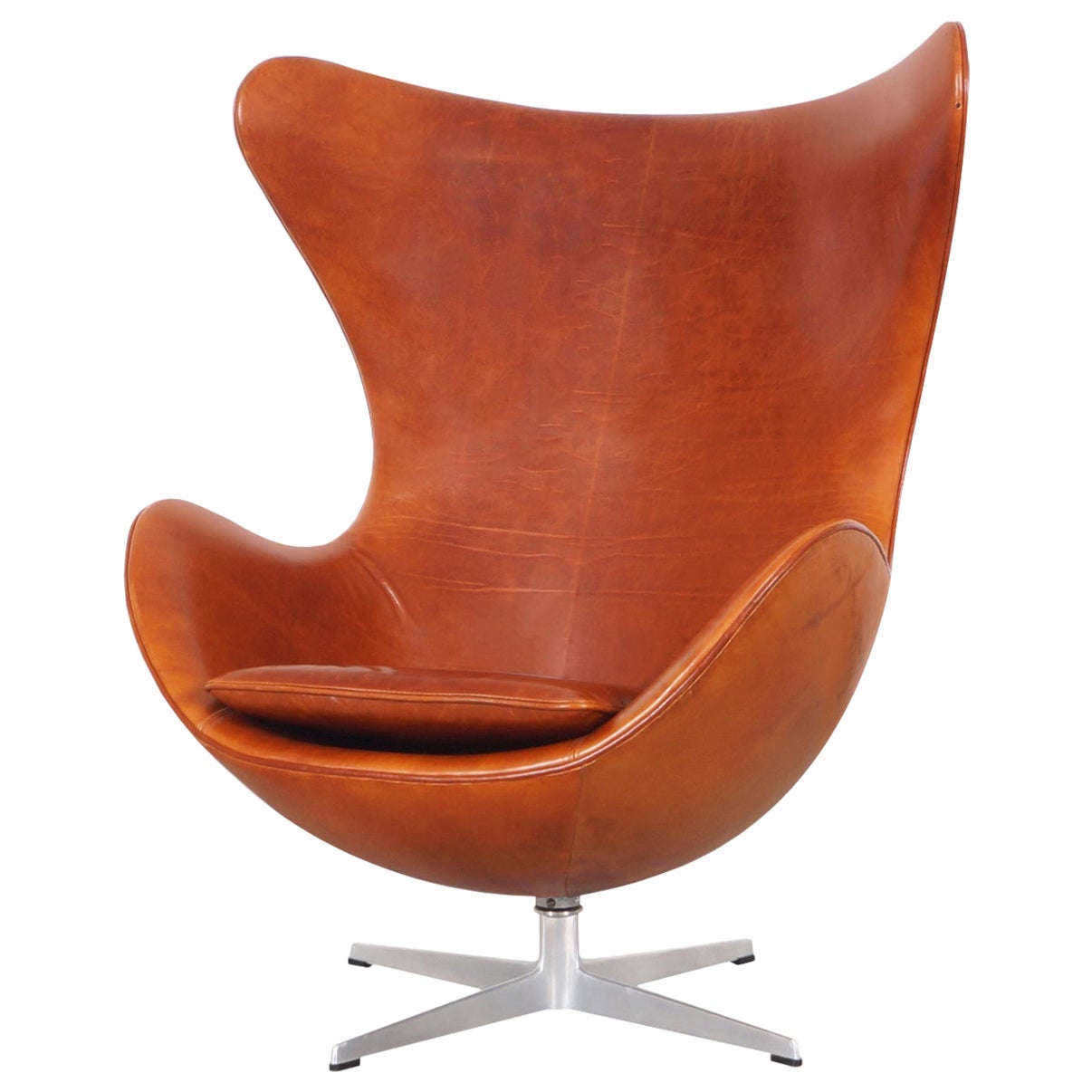 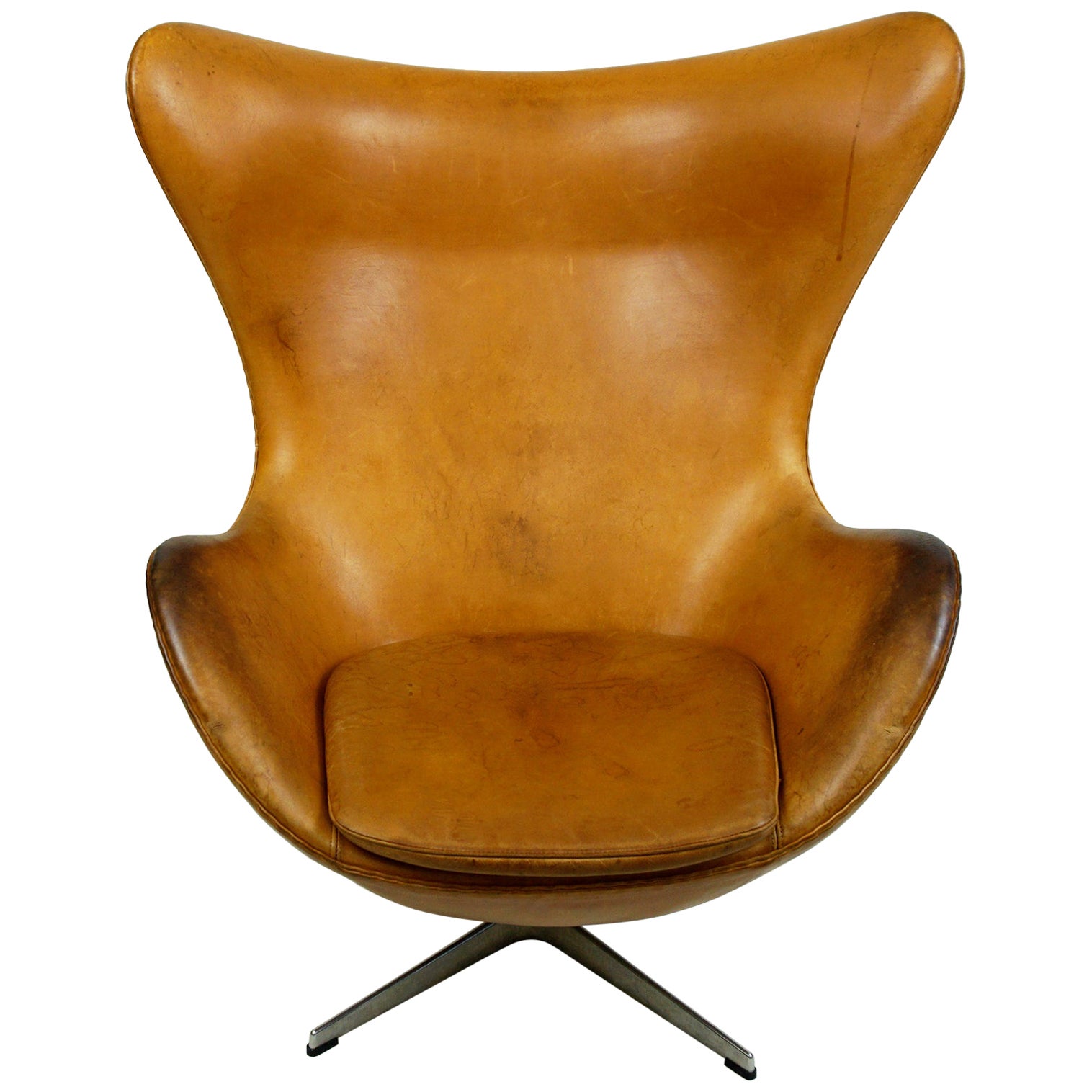 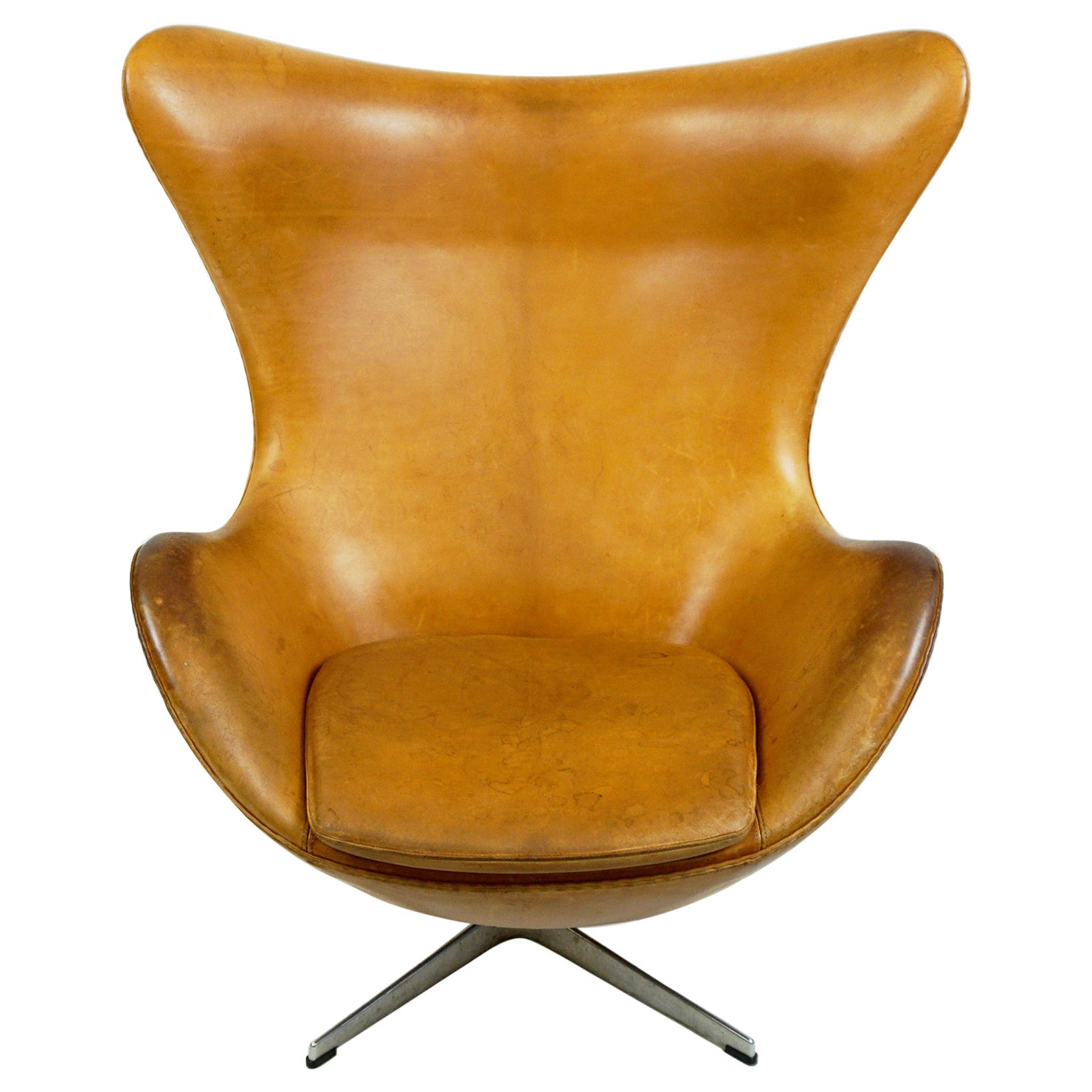 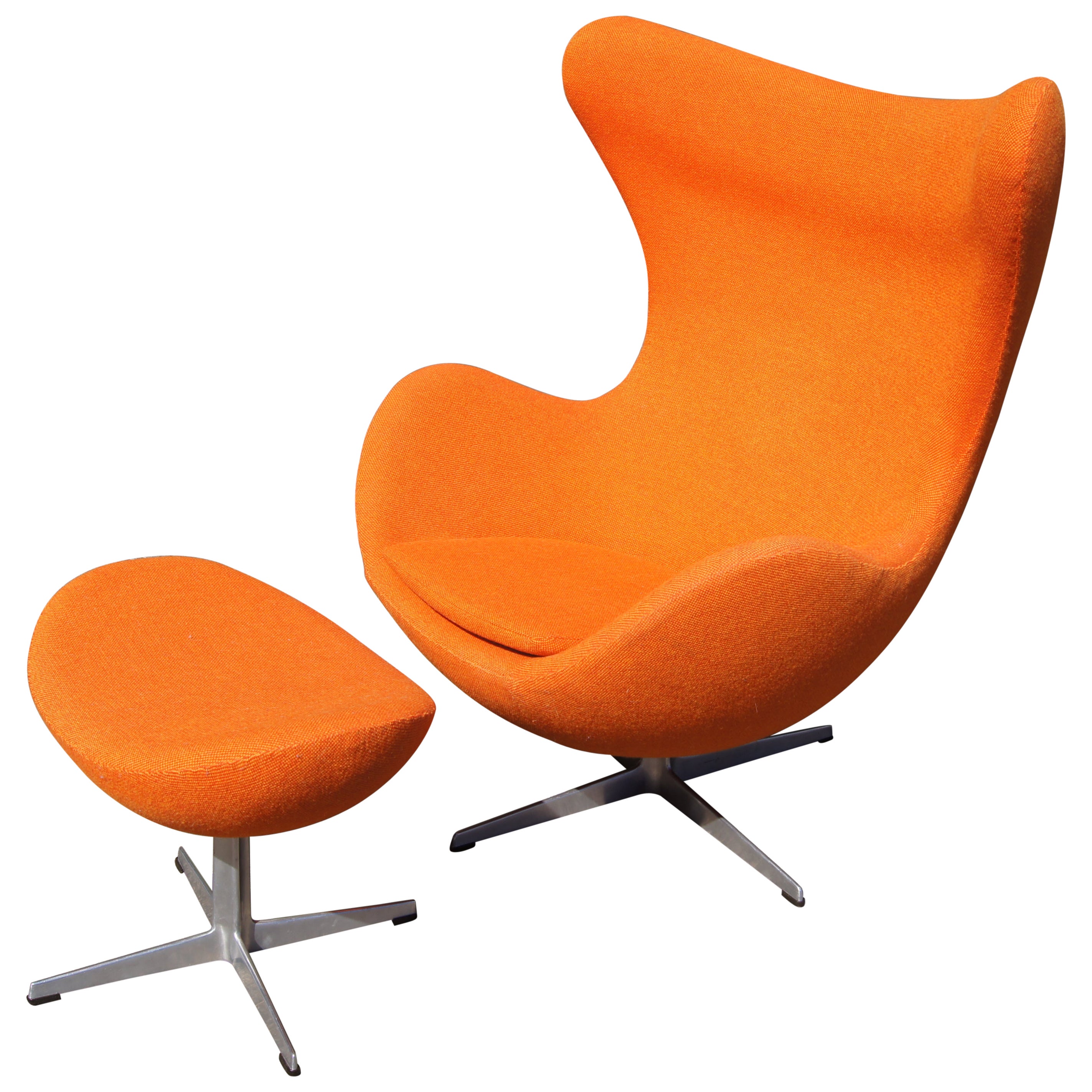 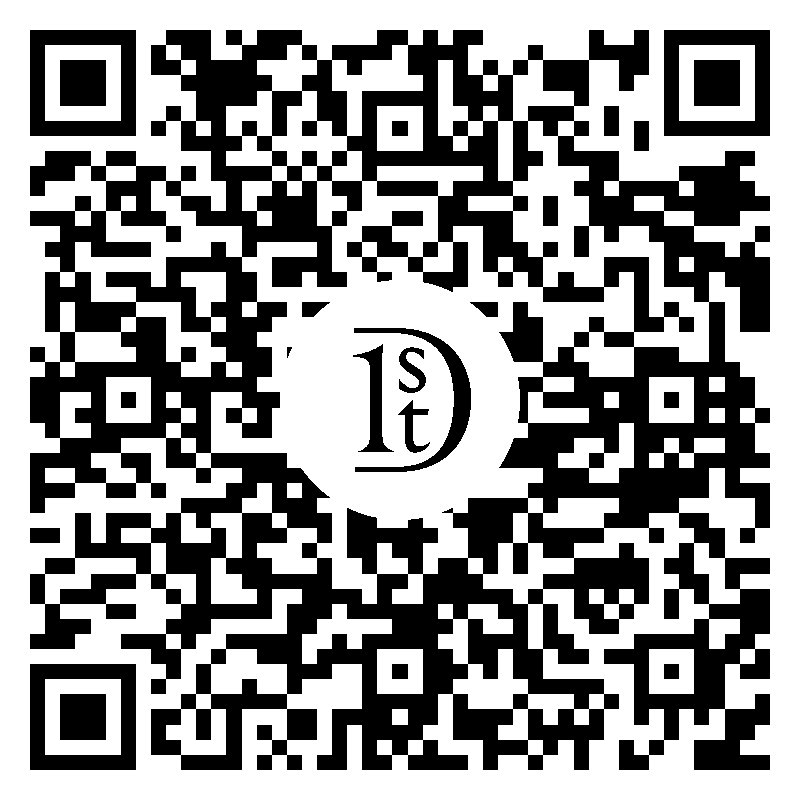 A fantastic signed example egg chair by Arne Jacobson for Fritz Hansen in a custom commissioned electrifying blue high-grade leather with incredible quality and durability as you would expect from Fritz Hansen. This is the authentic egg lounge chair manufactured in Poland by Republic of Fritz Hansen. A leather egg chair from Fritz Hansen costs over $15,000 (new) with a 10 week lead time. Our example is in excellent condition and you can skip the wait and get it for less. This chair is ideal for the design and Fine art collector to the discriminating designer client. This biomorphic club chair cradles and supports the human body while allowing for conversation or privacy. This Arne Jacobsen Egg chair stands on a cast aluminum four-star swivel base, offering 360° of swiveling movement and has the Republic of Fritz Hansen labels stitched into the seams. The egg chair was originally conceptualized in 1958 for the SAS Royal Copenhagen Hotel, Denmark, which Jacobsen designed in its entirety from the building itself to the flatware. This quintessentially iconic chair would be ideal for anyone who appreciates Scandinavian design or wants a bit of "wow factor". It would look fantastic in a Mid-Century Modern, Danish modern, contemporary, Postmodern, classical or Hollywood Regency living room, study, family room, den, or screening room and be an excellent choice in a hospitality, retail or corporate location such as a boutique hotel lobby, cocktail bar, members club, workspace studio, executive office or in a luxe clothing emporium. Condition: Excellent showroom ready condition with only very minimal visible wear. Measurements: 42" H x 34" W x 37.5" D Seat height 14.5".

Designed by Arne Jacobsen
Designed in 1958 for the SAS Royal Hotel in Copenhagen, the Egg chair is a Scandinavian classic that has over the years become a fixture of corporate offices. It bears every mark of Arne Jacobsen's (1902–71) outsized perfectionism, for which the Danish architect was widely known. The Egg chair was notable for its overtly organic appearance, which Jacobsen achieved with craft-based padding and upholstery finishing. Unlike the furniture maker’s previous range of shell chairs designed in laminated wood for Fritz Hansen, the Egg — and the Swan chair along with it — reflected a soulful new vision of modernity. Both created for the accomodation property, which opened in 1960, the chairs were meant to contrast with the SAS Royal Hotel’s straight lines as well as showcase Jacobsen’s eye for interiors. A graduate from the Royal Danish Academy of Fine Arts, Jacobsen was a polymath who made just about everything — light fixtures, ashtrays, silverware and even door handles. For the SAS Air Terminal and Royal Hotel, he handled every detail, from textiles to furnishings. In the 1940s, the one-time mason found considerable success as an industrial designer, most notably with the Ant chair and Series 7 chairs for Fritz Hansen. Jacobsen was influenced by modernism and designers like Ludwig Mies van der Rohe. Forward-looking projects like the “House of the Future” — codesigned with Flemming Lassen in 1929 and featuring a then-revolutionary automatic garage door opener — cemented his status as an innovator. Throughout his career, Jacobsen earned many awards, including the prestigious RIBA Bronze Medal in 1963. With the Egg chair, Jacobsen continued his ongoing experimentation with synthetic materials. First, he devised small-scale clay models in his garage. The prototypes' finished shells were made of fiberglass-reinforced polyurethane foam, padded with cast latex foam rubber and then, upholstered with leather — or, in the cost-conscious hotel’s case, fabric. Today, the Egg chair is supported by welded steel tubing and is mounted on a lightweight aluminum base. It is available from Fritz Hansen. 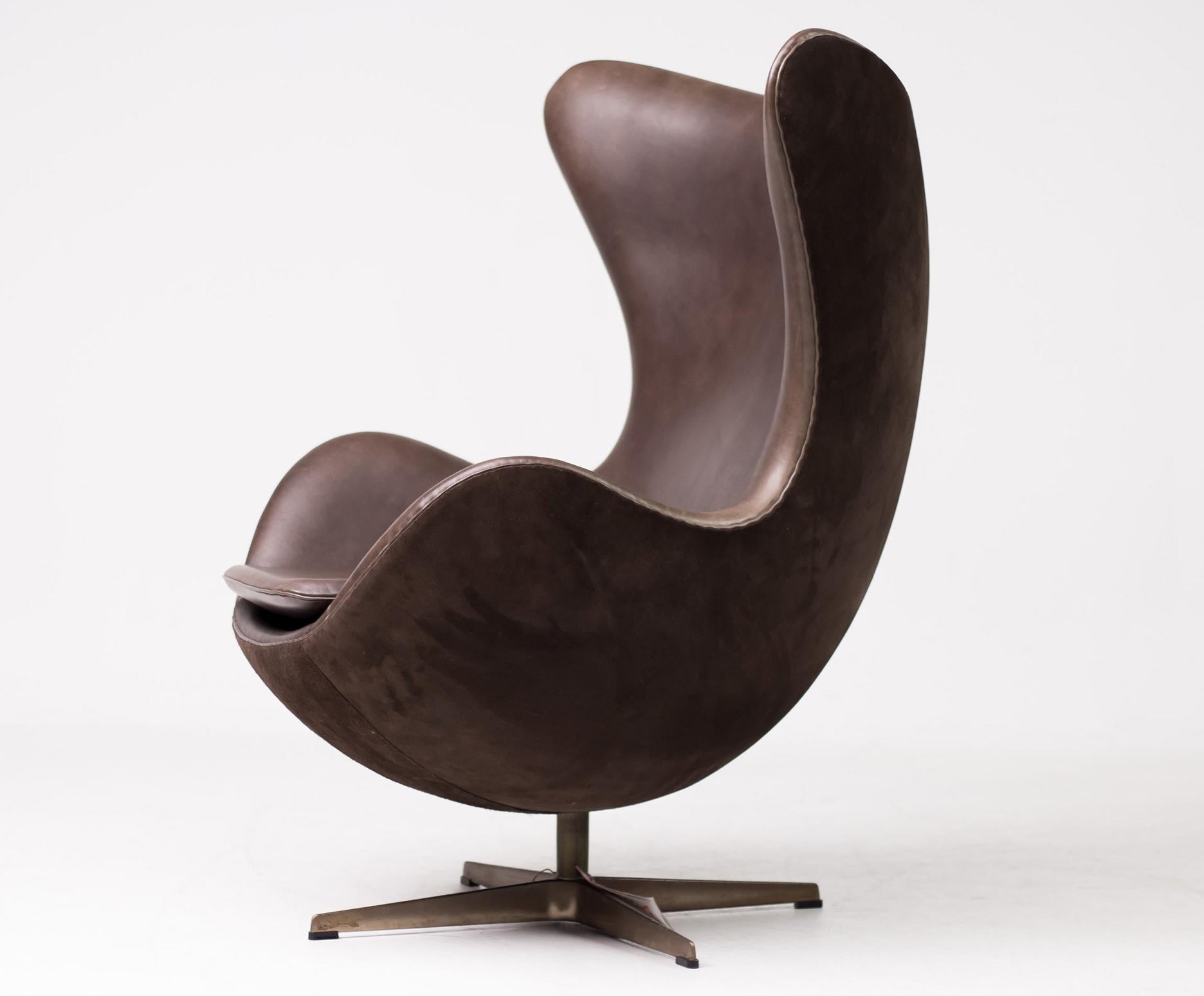 Shop The Egg Chair
About the Seller
5 / 5
Located in Los Angeles, CA

Recognized Seller
These prestigious sellers are industry leaders and represent the highest echelon for item quality and design.
Diamond Seller
These expertly vetted sellers are 1stDibs' most experienced sellers and are rated highest by our customers.
Established in 2012
1stDibs seller since 2015
1,256 sales on 1stDibs
Typical response time: 1 hour
Associations
20th Century Specialists
More From This Seller

$12,500
Cognac Leather Egg Chair, Mod. 3317 by Arne Jacobsen for Fritz Hansen
By Fritz Hansen, Arne Jacobsen
Located in Vienna, AT
This iconic swivelling lounge chair was designed by Arne Jacobsen 1958 for the SAS Royal Copenhagen Hotel in Denmark and is one of the most famous chairs in the world recognized by d...
Category

$13,785
Cognac Leather Egg Chair, Mod. 3317 by Arne Jacobsen for Fritz Hansen
By Fritz Hansen, Arne Jacobsen
Located in Vienna, AT
This iconic swivelling lounge chair was designed by Arne Jacobsen 1958 for the SAS Royal Copenhagen Hotel in Denmark and is one of the most famous chairs in the world recognized by d...
Category

$13,785
Egg Chair and Ottoman by Arne Jacobsen for Fritz Hansen
By Fritz Hansen, Arne Jacobsen
Located in Boston, MA
Unveiled at the Royal Copenhagen Hotel in Denmark in 1958, the poster child of Danish design has become one of the most coveted chairs of all time. Fifty years after Danish designer ...
Category

The curvaceous Egg was designed to cradle the body and offer privacy. Later, it became the seat of choice for bosses in movies, too.