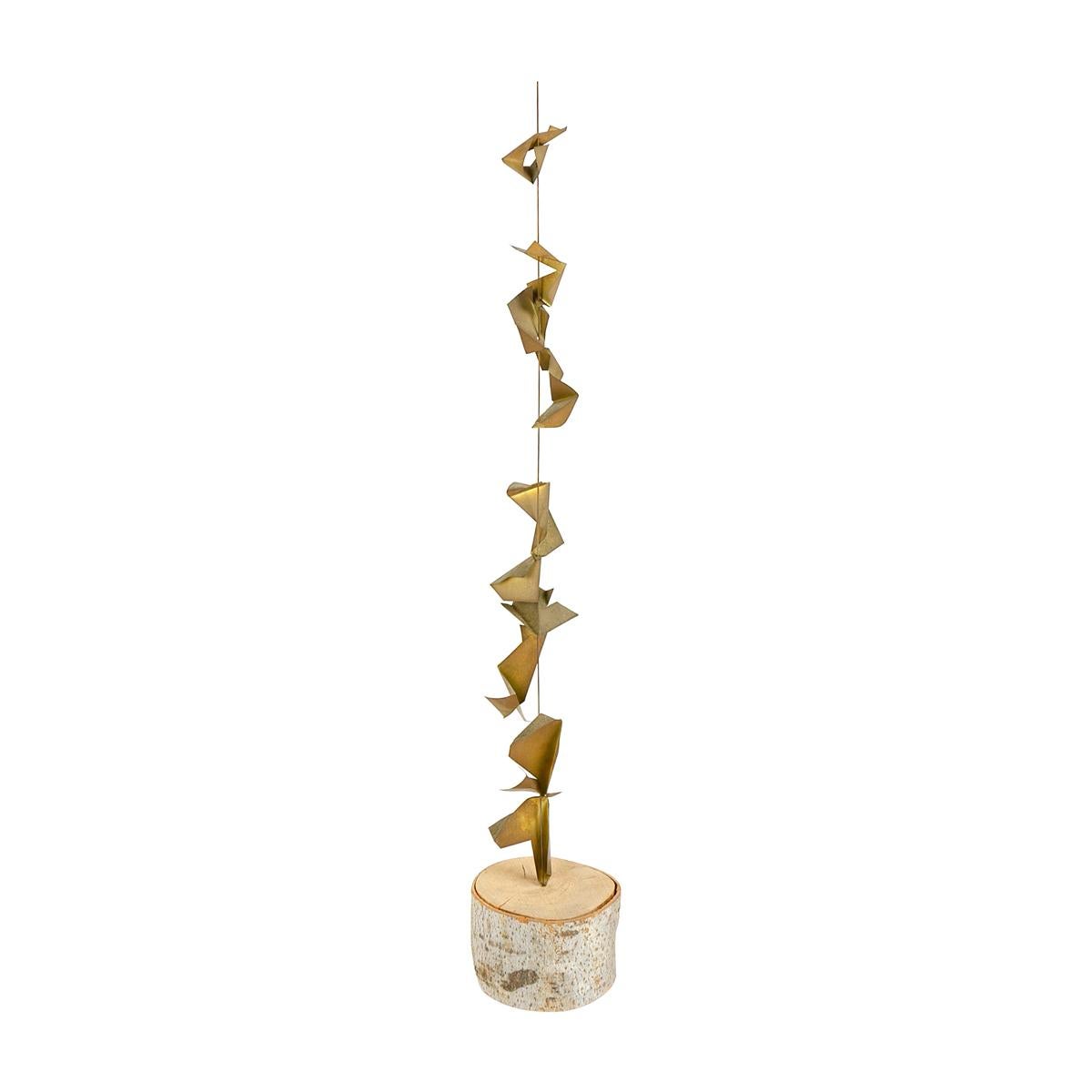 Abstract Ceramic Sculpture of Head, Mounted on Base 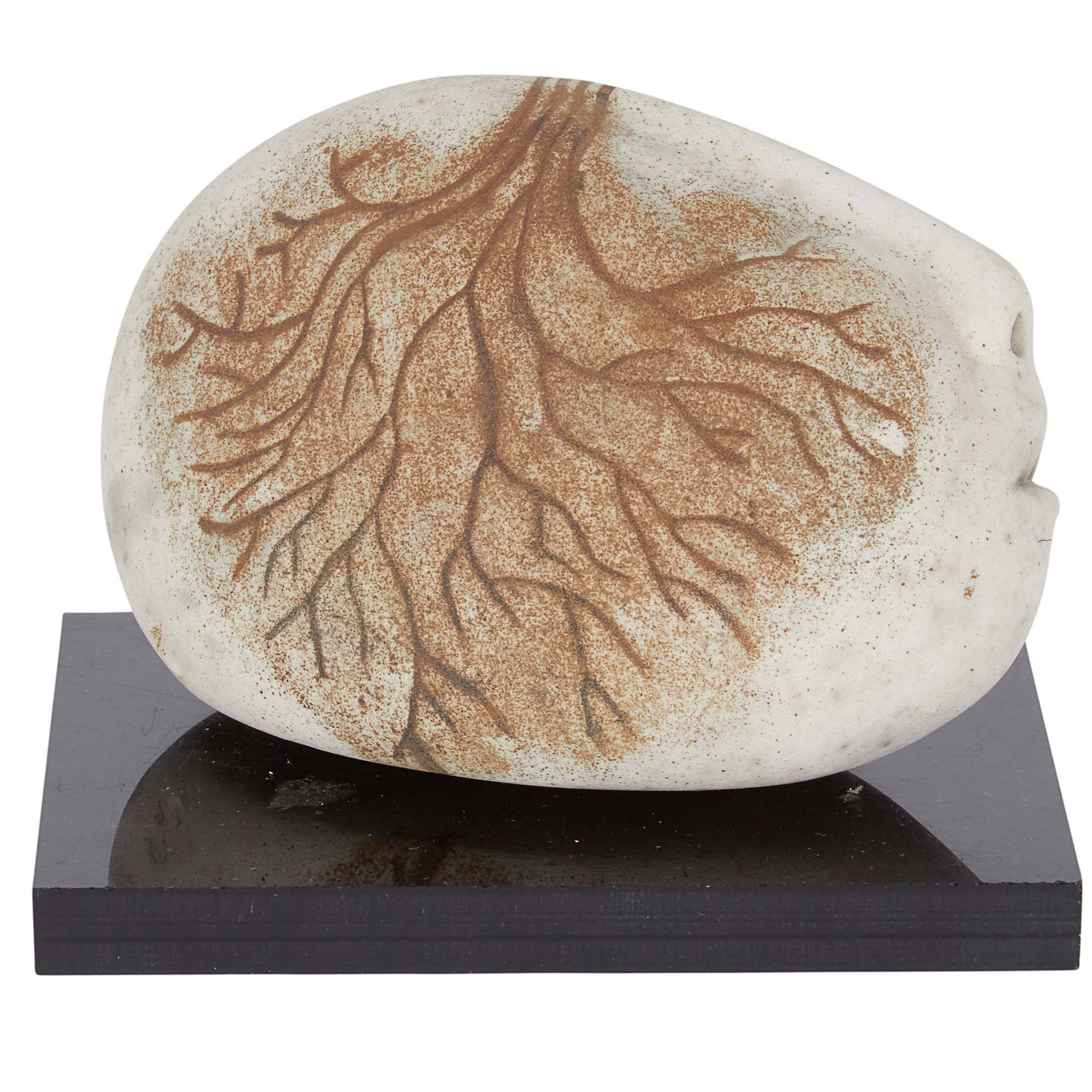 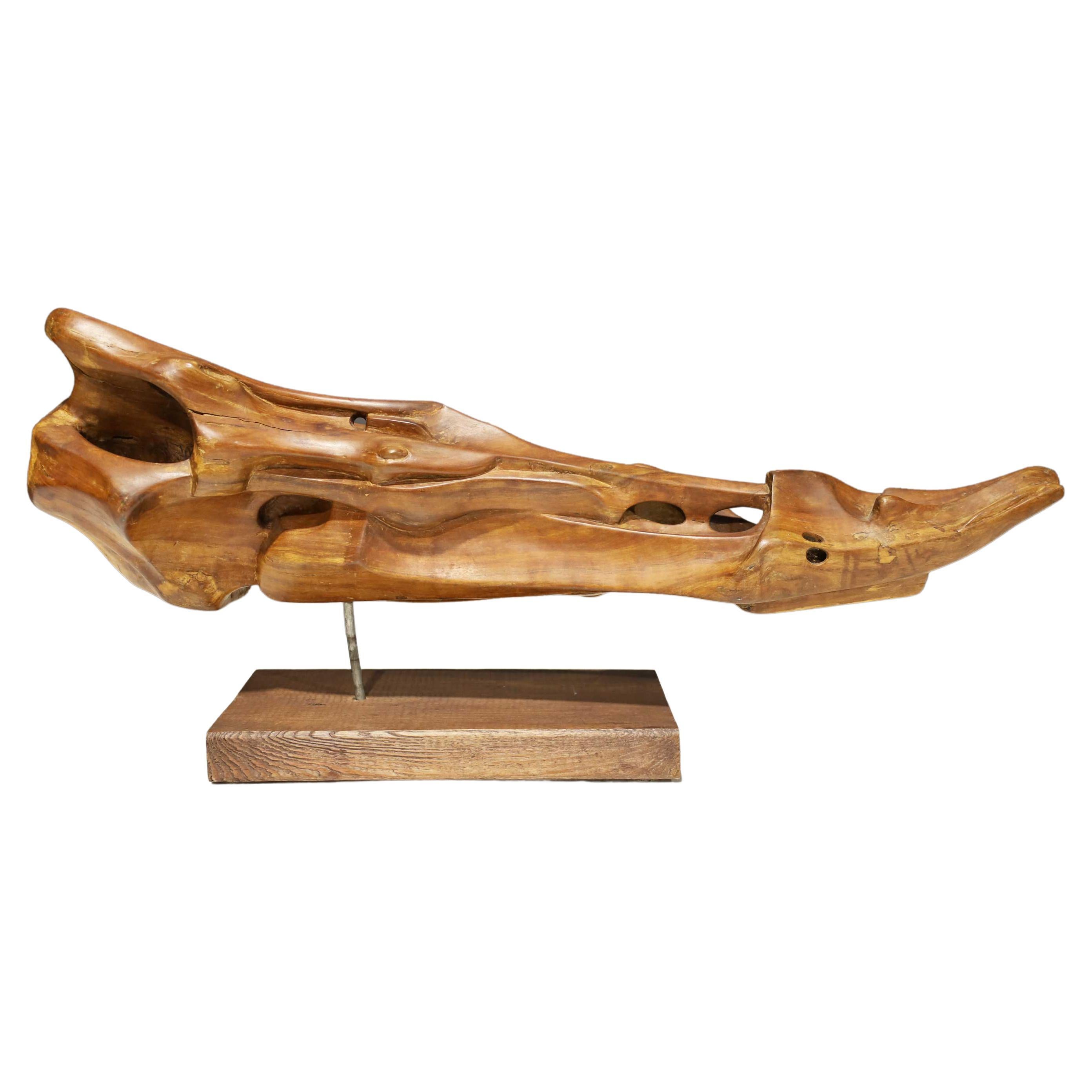 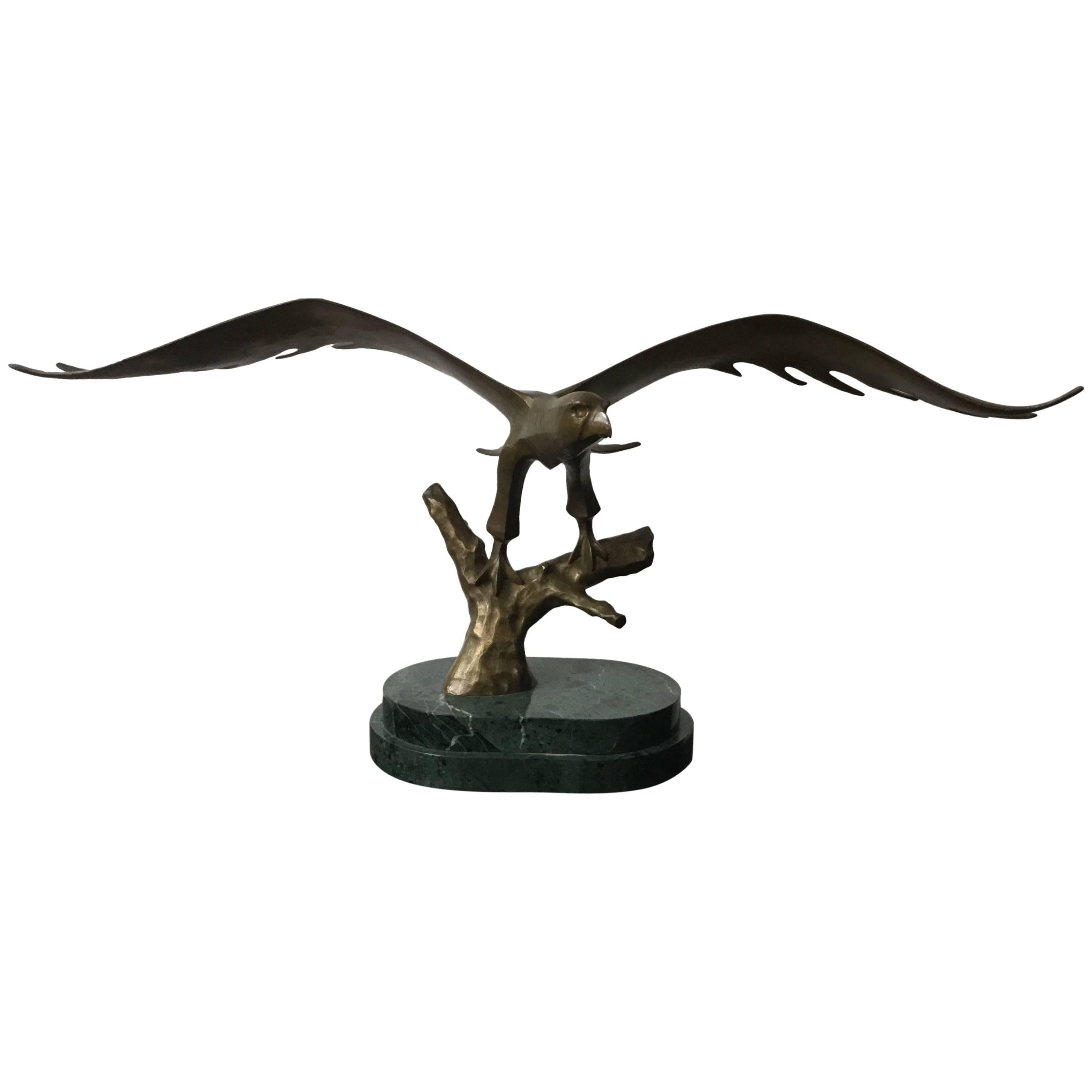 Bronze Men Sculpture Mounted on a Marble Base 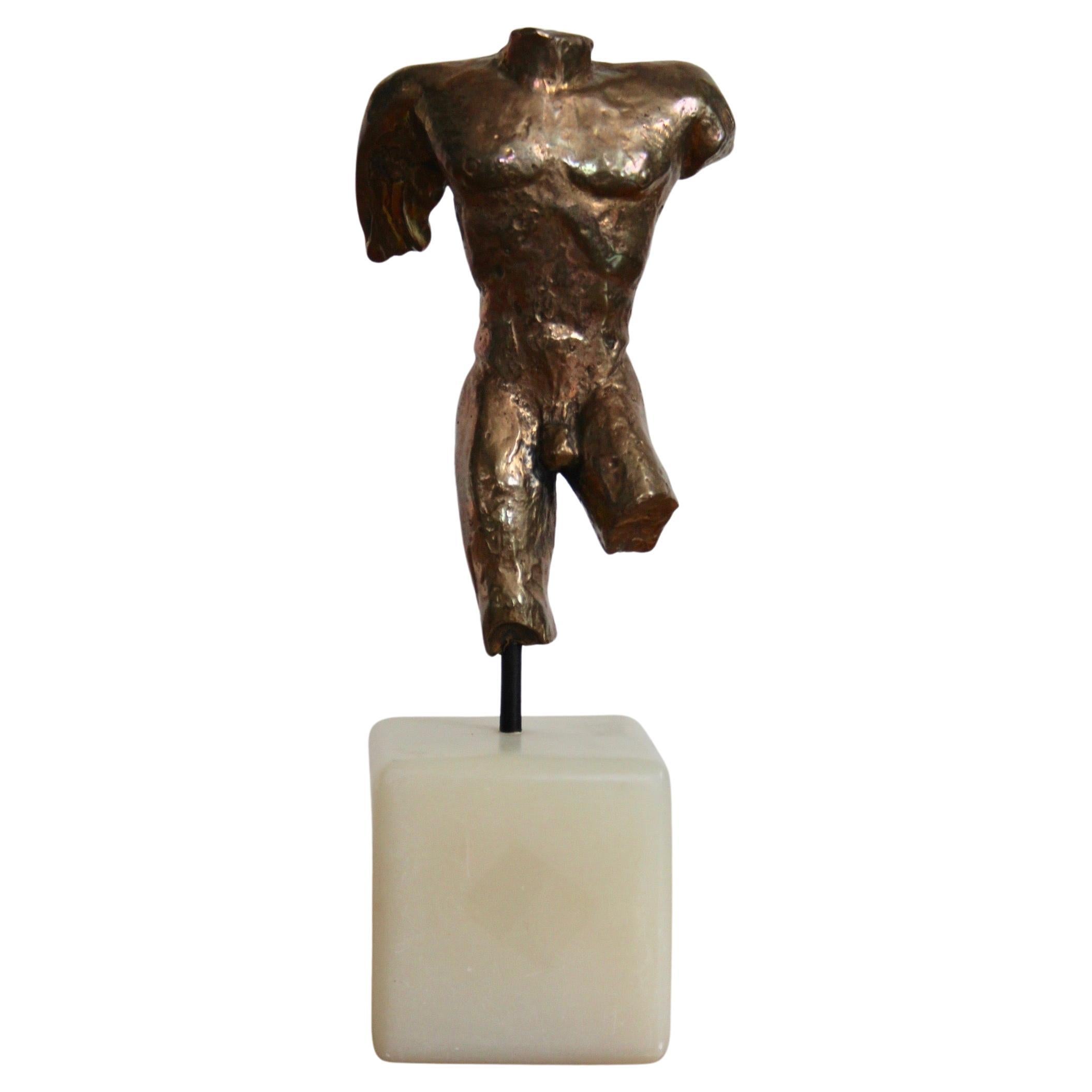 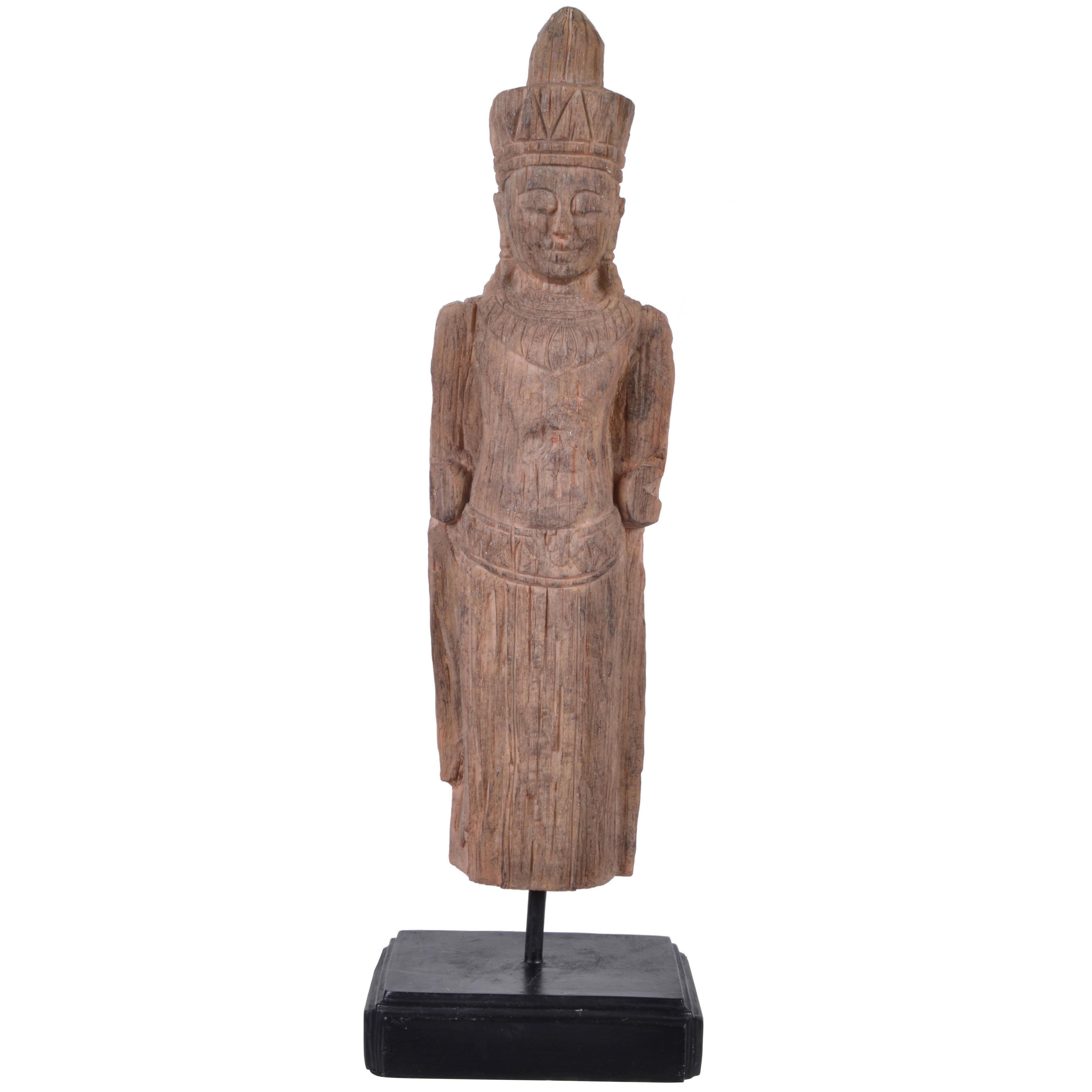 'Raindrops' by Stewart MacDougall, Mounted Sculpture on Birch Base, c. 2000 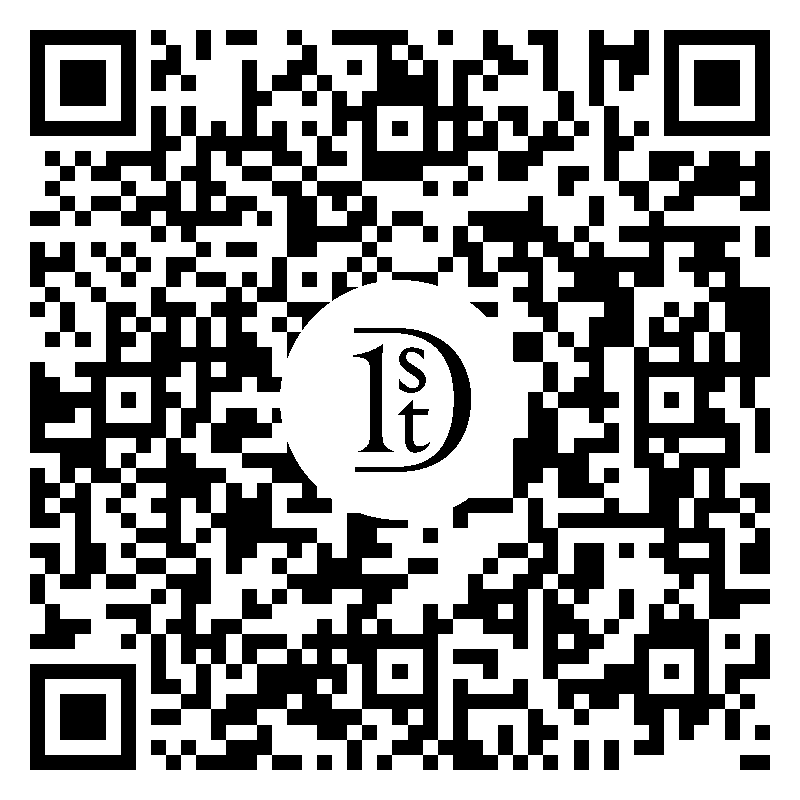 'Raindrops' by Stewart MacDougall was executed in early 2000's in Santa Barbara, CA, composed from birch and mirrored acrylic. Gorgeous dusty rose pink color with blue tinted mirror, complete on both sides mounted on a birch base. Acquired from the artist's estate. ABOUT THE ARTIST Stewart MacDougall was an accomplished furniture designer and artist across multiple disciplines, born in 1927 in Pasadena California. MacDougall attended the Chouinard Art Institute, later to be mentored by architect Rudolf Baumfeld, a student of Le Courbusier. Macdougall was one of the lead designers for the Monsanto House of the Future in Disneyland in 1957. MacDougall's lifetime accomplishments include works and designs published in furniture, sailboats, golf equipment, and sculptures. Often most noted is his collection of Mid-Century Modern furniture along with Kipp Stewart for Drexel which included a collection of chairs, tables and cabinets. Many of these furniture designs are now sought-after collectors items for art and design enthusiasts, with demand similar to designs by Charles and Ray Eames, Eero Saarinen and Edward Wormley. In his later years, he designed and built several large, colorful and distinctively named sculptures (Hal, Prancing Horse, High C) that reside in Santa Barbara, and a smaller piece that is in the Metropolitan Museum of Art. This piece, titled 'Raindrops' was completed later in Macdougall's career, after decades of artistic accomplishments in Mid-Century Modern that was the stylistic foundation for the hit TV show 'Mad Men' to later Post-Modern designs and art pieces demonstrating his ability to maintain relevance while changing to different mediums at different points in time. This sculpture is an excellent opportunity for both an art collector and a design enthusiast as it bridges the two worlds with a one of a kind fine art sculpture from one of the more prolific names in Mid-Century Modern design. PROVENANCE: Property from the Estate of Stewart MacDougall, Santa Barbara, CA MEASUREMENTS: H 75.25" x W 14.5" x D 33" CONDITION: Excellent re-lacquered condition, very attractive and ready for immediate use.

1stDibs Buyer Protection Guaranteed
If your item arrives not as described, we’ll work with you and the seller to make it right. Learn More
About the Seller
5.0
Located in Los Angeles, CA

Recognized Seller
These prestigious sellers are industry leaders and represent the highest echelon for item quality and design.
Diamond Seller
These expertly vetted sellers are 1stDibs' most experienced sellers and are rated highest by our customers.
Established in 2012
1stDibs seller since 2015
1,733 sales on 1stDibs
Typical response time: 2 hours
Associations
20th Century Specialists
More From This Seller

1970s Tabletop Metal Sculpture on Birch Drum Base
Located in Sagaponack, NY
A metal sculpture consisting of a thin rigid wire with folded, fortune-cookie-shape pieces of naturally patinated brass slipped onto the rod and stacked vertically. The rod is set in...
Category

$2,600
Abstract Ceramic Sculpture of Head, Mounted on Base
Located in New York, NY
A sculpture of an abstracted head in ceramic, mounted on a black acrylic base, by an unknown artist. The human head and features have been intentionally warped into an organic stone ...
Category

Abstract Ceramic Sculpture of Head, Mounted on Base

$3,600
Eagle Bronze Sculpture Mounted on Green Marble Base
Located in London, GB
A bronze sculpture of an eagle about to take off mounted on a green marble base finely detailed, with foundry marks.
Category

$3,186 Sale Price
20% Off
Bronze Men Sculpture Mounted on a Marble Base
Located in grand Lancy, CH
Bronze men mounted on a white marble base.
Category

Bronze Men Sculpture Mounted on a Marble Base

$2,000
Wire Table Top Horse Sculpture Mounted on a Wood Base
Located in Kansas City, MO
Large table top wire horse sculpture. 1960s. Artist is unknown to us, but this is very well done and quite striking piece.
Category

Wire Table Top Horse Sculpture Mounted on a Wood Base

$4,500
Tall French Midcentury Cattail Sculpture Mounted on a Black Base
Located in Atlanta, GA
A large French metal cattail sculpture from the mid 20th century, with square base. Created in France during the midcentury period, this tall cattail foliage sculpture attracts our a...
Category

Tall French Midcentury Cattail Sculpture Mounted on a Black Base

Mid-Century Bronze Cattail Sculpture Mounted on a Marble/Wood Base