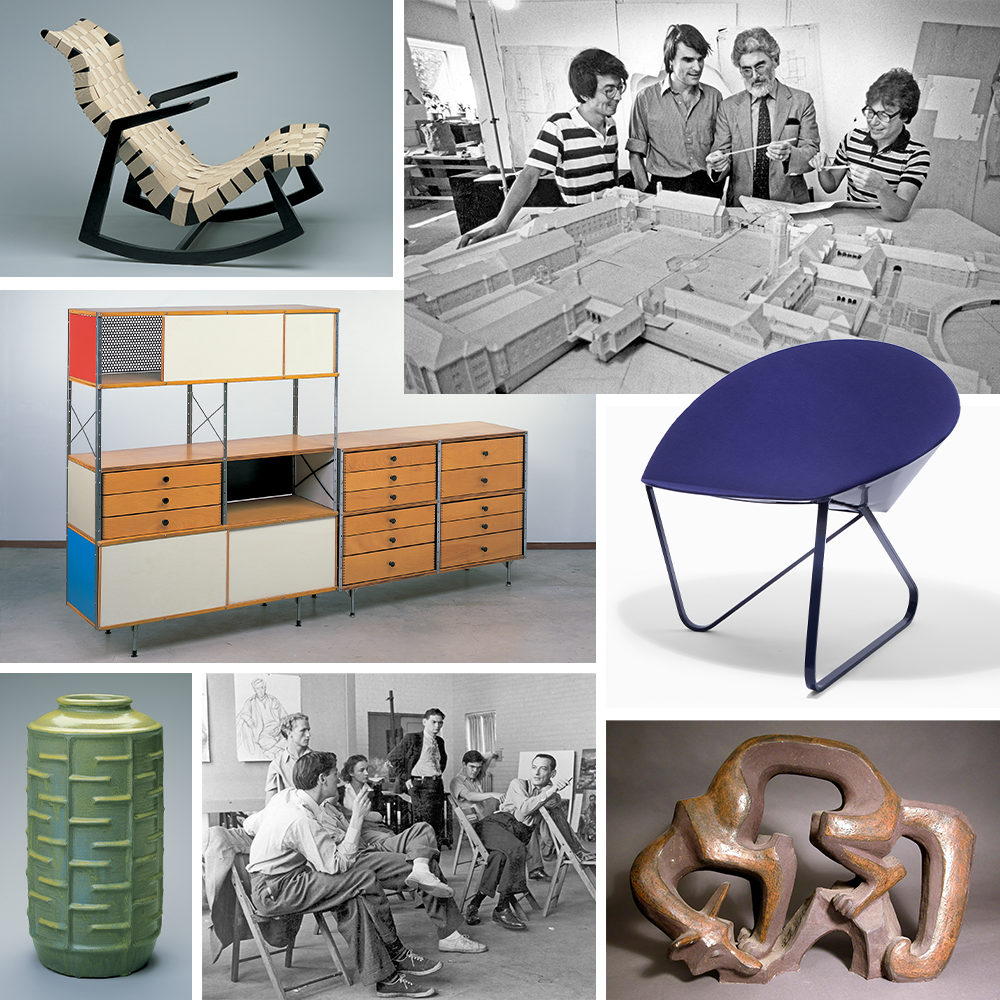 The legendary Michigan institution is taking a fresh look at its storied history, this time shining a light on the vital role played by women and people of color.

July 11, 2021Now approaching its 90th anniversary, the Cranbrook Academy of Art, in Bloomfield Hills, Michigan, has achieved fame and cachet within the art, design and architecture fields. It is less well-known to the general public, despite its claim to being one of the most influential aesthetic wellsprings in American history.

In the words of the design curator and historian Glenn Adamson, “It’s the closest thing we’ve ever had to the Bauhaus.”

Now, a blockbuster show — “With Eyes Opened: Cranbrook Academy of Art Since 1932,” running from June 18 to September 19 — is taking over the whole of the affiliated Cranbrook Museum of Art, telling the story of the school in more than 270 objects. There’s an accompanying book replete with information on the superstars who have taught or studied there.

The list of Cranbrook makers stretches from mid-century masters like Charles and Ray Eames, Harry Bertoia and Florence Knoll Bassett to some of today’s notable designers and artists, including Nick Cave, McArthur Binion and Chris Schanck.

The campus itself is a modernist masterpiece, designed in part by the great Finnish architect Eliel Saarinen (the father of Eero Saarinen, who also taught at Cranbrook). He laid it out and designed its first buildings. Says Adamson, echoing his remark about the Bauhaus, “It’s as close to a Saarinen Gesamtkunstwerk as you can get.”

The crown jewel is the late 1920s Art Deco–style Saarinen House, designed by Eliel and featuring textiles by his wife, Loja, a teacher at Cranbrook, as well as furniture by Eero. (Cranbrook kept up its distinguished role in architecture in later years, with DANIEL LIBESKIND teaching there from 1978-85.)

An educational community that includes the museum, two research centers and a prep school, Cranbrook was the brainchild of George Booth and his wife, Scripps publishing heiress Ellen Booth. The couple took the first step in founding the institution in 1904, buying 175 acres a mere half hour from Detroit, a plot of land that later grew to more than 300 acres.

In the 1920s, the Booths brought in Eliel Saarinen, who helped them plan the community and served as its first president. The couple took their time in order to get the details right, evolving the concept of Cranbrook over many decades.

“They had traveled to the American Academy in Rome in the mid- to late-nineteen twenties,” says Andrew Blauvelt, the museum’s director and the organizer of the show. “That was the model: a postgraduate place to go after you’ve done your studies.”

Although the United States boasts other great schools of similar ilk, like the Rhode Island School of Design, Cranbrook has always been distinguished by the independence it affords students.

“We call it the art school for grown-ups,” says Blauvelt, a Cranbrook graduate himself, who was a curator at the Walker Art Center, in Minneapolis, before assuming his current position. “We’re trying to simulate the real world.” There are only around 140 students at a time, making for a rich and intimate experience.

Another distinctive Cranbrook quality is what Adamson calls “a Scandinavian-Nordic aesthetic, organic and livable,” which stands in contrasts to the Bauhaus’s Germanic emphasis on pure functionality and derives at least in part from the Saarinen influence.

The 1980s was the last time the school’s legacy was examined in depth, when the exhibition “Design in America: The Cranbrook Vision, 1925–1950” was on view at the Detroit Institute of Arts and the Metropolitan Museum of Art, in New York. But that show “had an end date of nineteen fifty,” says Blauvelt, “and it really only focused on design. So much blossomed after that period.”

Blauvelt also wanted “With Eyes Opened” to highlight the vital role of women and people of color in Cranbrook’s story, which hadn’t been emphasized previously.

“With Eyes Opened” has nine sections covering a range of creative disciplines. The acclaimed Chicago-based painter McArthur Binion, who shows with Lehmann Maupin, is represented in the section entitled Salon Abstraction by one of his Cranbrook MFA paintings, Circuit Landscape No. 1, 1973, as well as a 2018 work from his DNA Series.

Binion, who was at Cranbrook from 1971 to 1973 and is known for his gridded abstractions, was the rare Black MFA student at the time: “When I was there, there were two of us,” he says.

He studied with the third-generation Abstract Expressionist painter George Earl Ortman and thrived on interacting with the many visiting artists passing through campus. “That’s how I met Dan Flavin, who then came to my first show in Detroit,” says Binion. (Ortman is represented in the show by Homage to Eliel and Loja Saarinen — Five, I? from 1977).

It was the independent time and space, however, that really made him grow. “They treat you like an artist,” he says. “Everybody has their own studio. There are no classes, no grades. No one’s telling you what to do.”

When the Cranbrook Museum acquired Circuit Landscape, it was particularly meaningful to Binion. “I believed in the work, and so I felt validated,” he says.

“With Eyes Opened” doesn’t stint on the modernist design achievements that made Cranbrook’s name. The seating section’s Wall of Chairs feature showcases the talent of the academy’s teachers. Harry Bertoia’s Diamond chair from 1952 is a familiar work that never gets old, as is Eero Saarinen’s Tulip armchair of 1957.

Of course, Bertoia, who actually started as a Cranbrook student in 1937 and departed as a teacher of graphics in 1943, was adept at more than seating, and the exhibition gives his versatility its due, including his more abstract sculptural work, as well as a teapot he crafted in silver-plated copper.

Exciting newer names also appear in the Wall of Chairs, like Jay Sae Jung Oh. Oh’s Savage chair, with its a wild, bulbous shape made from found objects covered in jute, is a far cry from the restraint of the prototype for Charles Eames and Eero Saarinen’s 1940 Organic Design side chair, on display nearby.

Oh was a 2011 MFA graduate in 3-D design. So was Detroit-based artist Chris Schanck, who shows with Friedman Benda and has gained fame for work in which a drippy, messy surface is overlaid on elegant forms. He is represented here by his 2019 Alufoil chair, made of aluminum foil and resin.

“I had a steep learning curve when I first began Cranbrook,” says Schanck. “I entered the 3-D design department with no professional or educational experience in the discipline. It was a series of lectures by our artist in residence, Scott Klimker, on the history of radical design that blew the doors open for me. It was like discovering a parallel universe or a new drug.”

He notes that, despite the independence given to students, “you are not alone” at Cranbrook and adds that he benefited from the potent combination of “brutal critiques, intellectual generosity from visiting artists, chain-smoking conversations in the campus bar, great friendships and hours of experimentation.”

Blauvelt, who is curating a 2022 show of Schanck’s work at the Museum of Arts and Design in New York, sees the artist’s experimentations as part of Cranbrook’s “commitment to craft that goes beyond obvious functionality — students and teachers are constantly pushing the boundaries.”

Adamson, a contributor to the exhibition’s companion book, notes that ceramics and fiber work are among the fields that Cranbrook faculty and students pioneered over the decades.

He points to the Finnish-born Maija Grotell’s lovely stoneware vase from 1942 and her footed bowl from the same year. “She was the most important modernist ceramist in the country,” says Adamson, remarking on her influence on a whole generation of potters through her 30-year tenure at the school.

“Her teaching was significant in that she introduced her students to technical know-how — sophisticated wheel-throwing and glazing techniques,” he explains. “But also because she was a masterful abstractionist who was able to combine rigorous pattern and shape.”

Among Grotell’s students was Toshiko Takaezu, who became an important Abstract Expressionist ceramic artist and whose circa-2000 stoneware vase Early Spring is displayed in the exhibition.

A parallel influence in the fiber field was Gerhardt Knodel, a longtime instructor and maker of the three-panel fiber work Guardians of the New Life, 1987. Knodel taught, among other notable talents, multimedia artist Nick Cave, who incorporates fiber in pieces like the noise-making costumes known as Soundsuits that are his best-known creations.

Such rich cross-connections among mediums and generations are what spurred Blauvelt to spend more than five years putting together this super-sized show. Although delayed by the pandemic, “With Eyes Opened” is well-timed for the Maker Era. “It seemed like the perfect moment for this,” he says, “and I’m just crazy enough to try.” 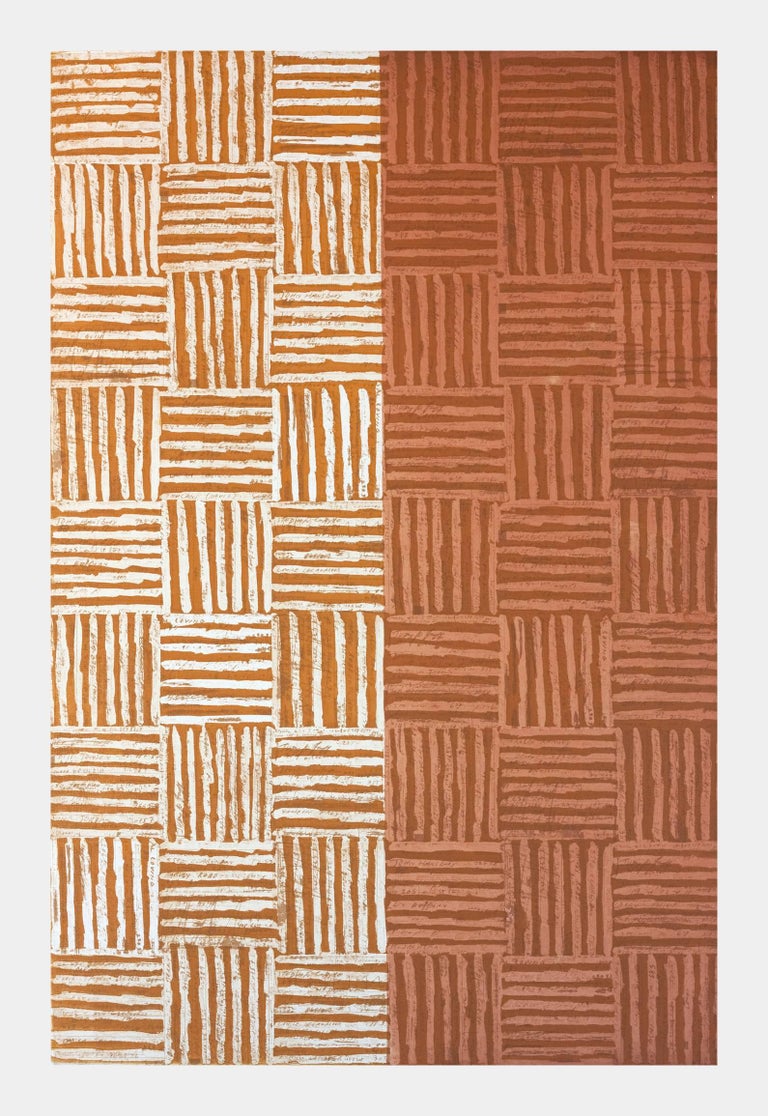 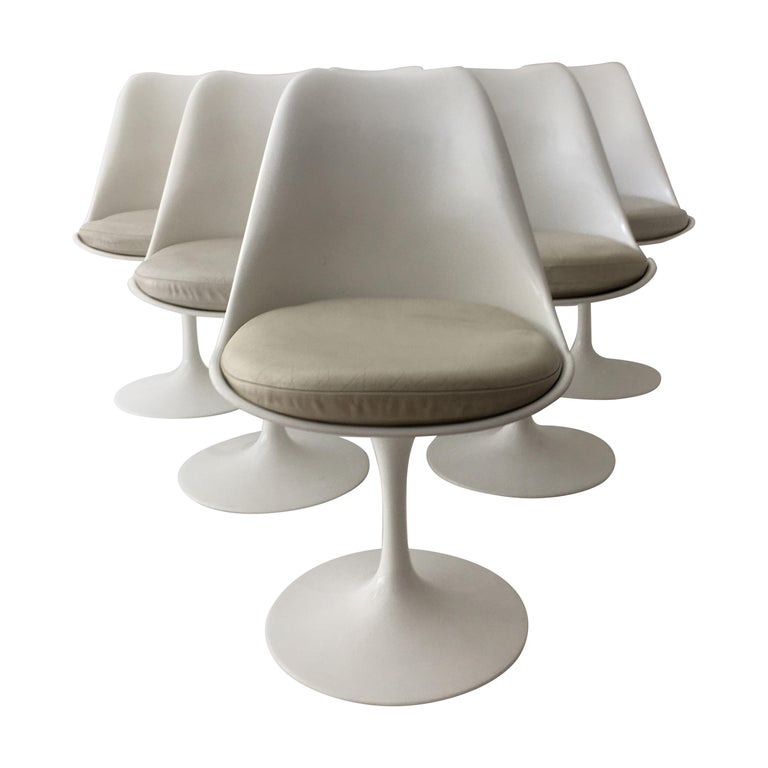 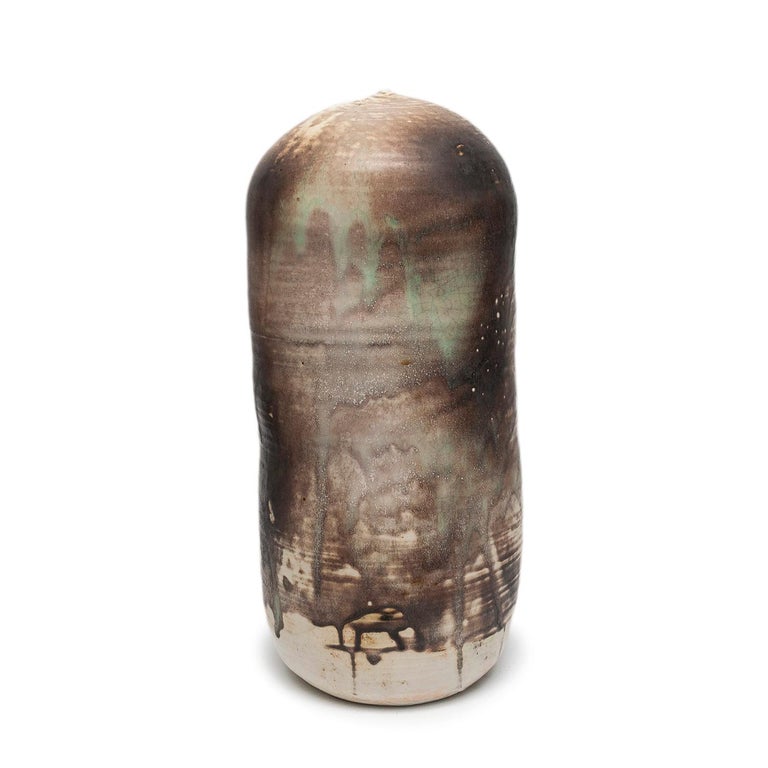 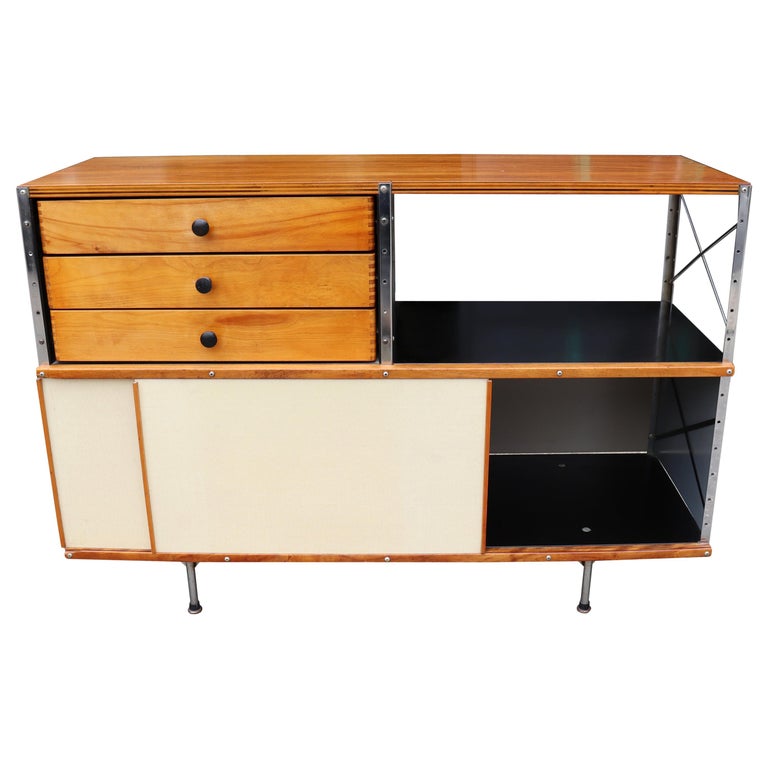 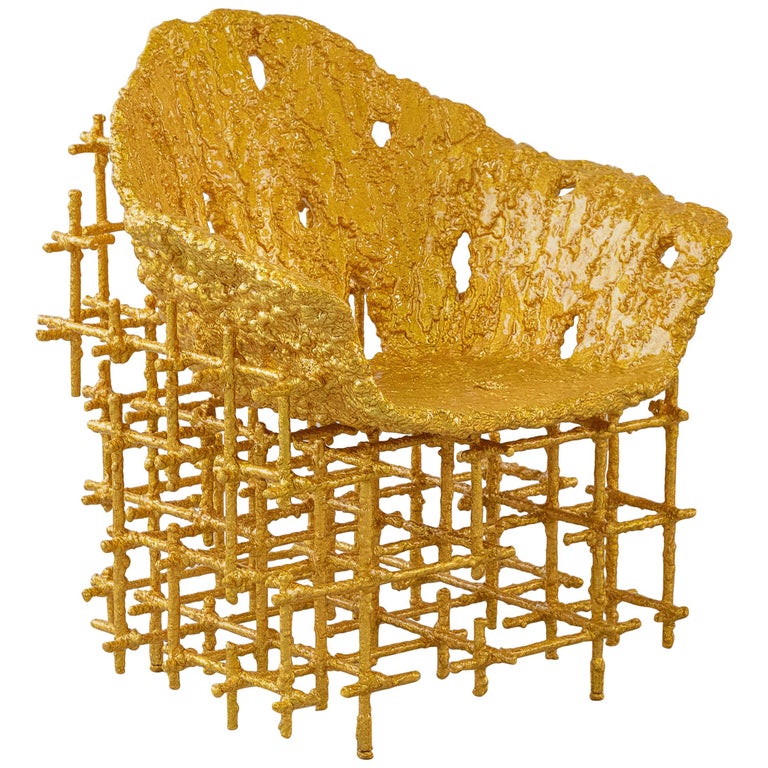 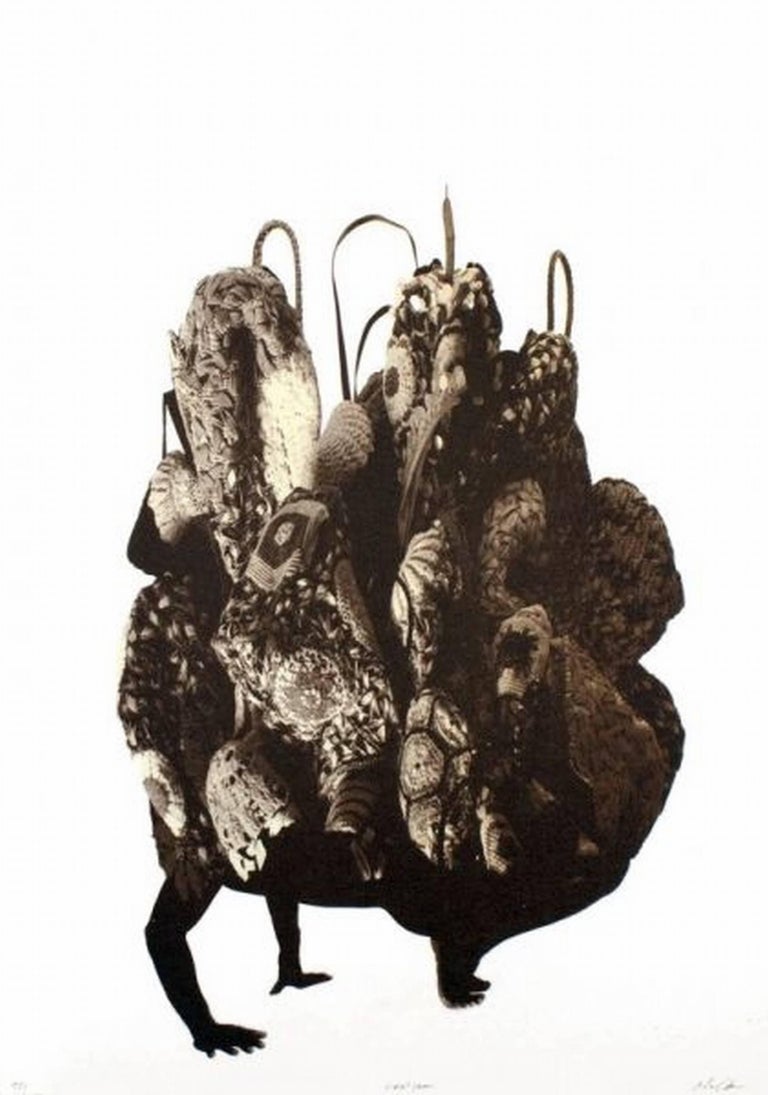 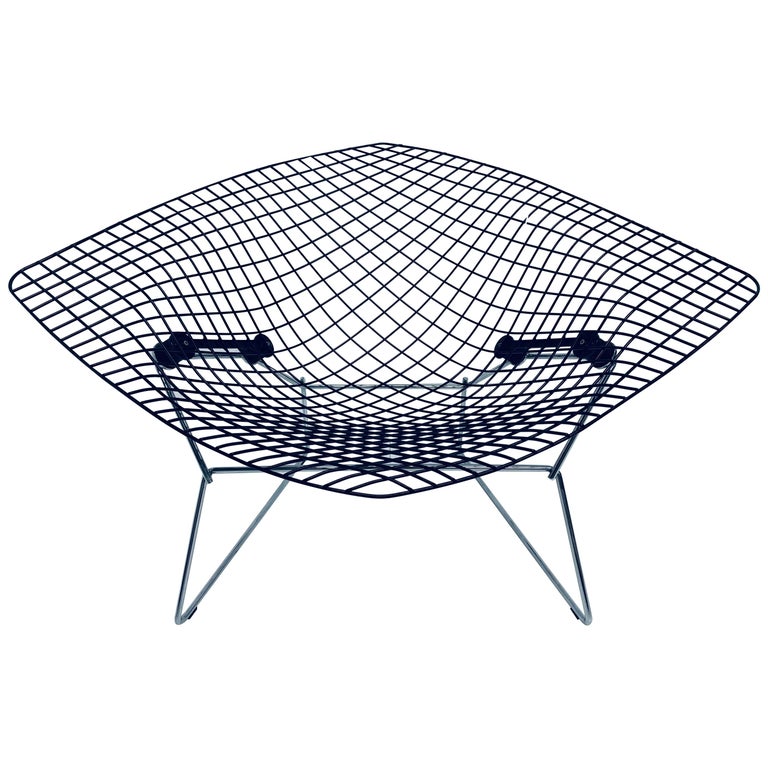 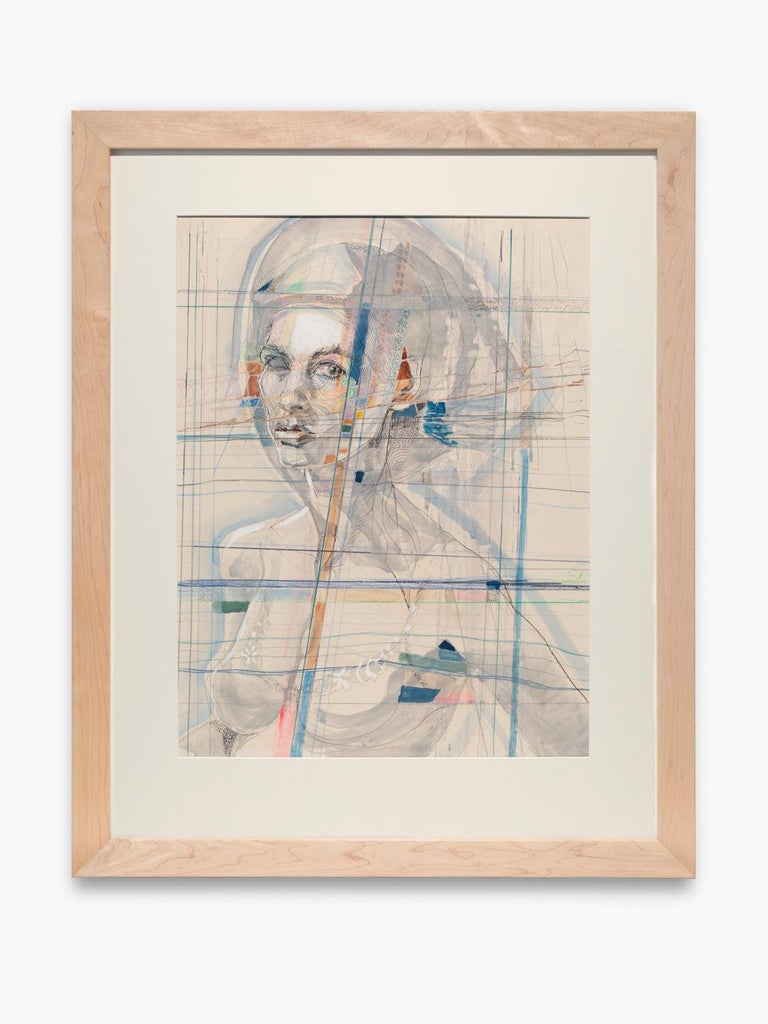 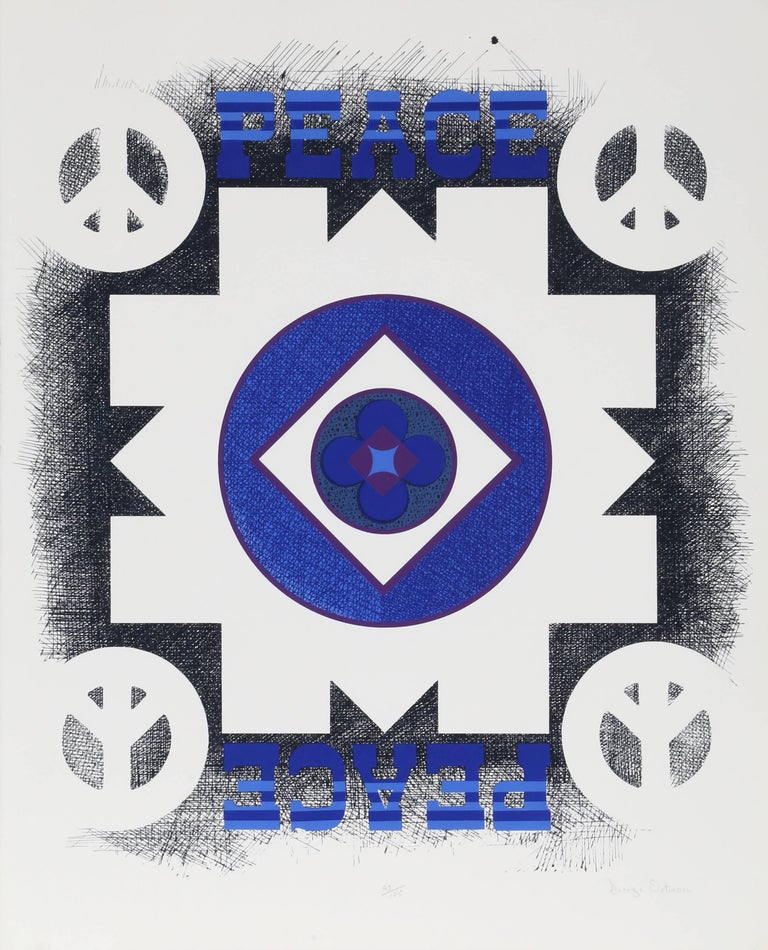