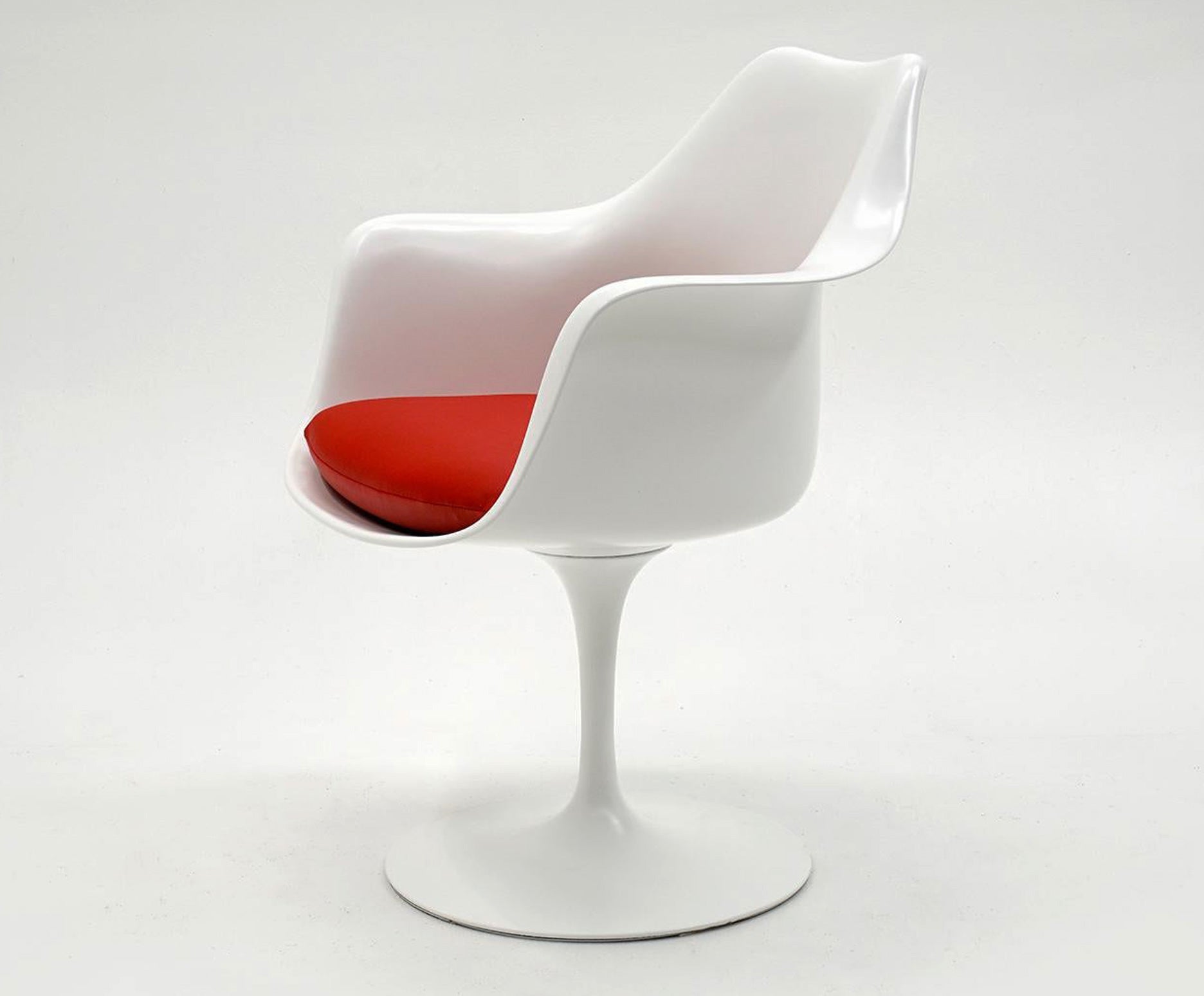 Eero Saarinen (1910–61) absolutely hated clutter. "The undercarriage of chairs and tables in a typical interior makes an ugly, confusing, unrestful world,” the Finnish-American architect and industrial designer once said. “I wanted to clear up the slum of legs.” With the Tulip armchair, he did just that, streamlining the standard four-legged piece into a graceful shape atop a single pedestal.

The 1956 design — which is in the permanent collection of the Museum of Modern Art in New York — was one of Saarinen’s last; he died in 1961. Its sculptural shape displays the best of Saarinen, who referred to himself as a “form giver,” whether that form was a flower-shaped seat or the swooping curve of the Gateway Arch, a more than 600-foot-tall stainless-steel-clad concrete monument in St. Louis, Missouri, that he designed in the late 1940s.

The Tulip chair collection was meant to complement Saarinen’s 1956 pedestal collection of side chairs, stools, dining tables and more — another exercise in simplifying. Both collections were designed for Knoll, which continues to produce them today. Visitors to the TWA Hotel, the 2019 reinvention of Saarinen’s iconic airport terminal, will find Tulip chairs dotting the structure.

Interestingly, the Tulip armchair’s shape suggests one single plastic form, but despite Saarinen’s many experiments to achieve this, it is actually constructed in two pieces: an aluminum frame obscured in a plastic finish and a fiberglass upper-shell seat. Two parts or one, it achieves Saarinen’s desired streamlined effect.

Knoll Eero Saarinen Swivel Tulip Chair
By Eero Saarinen, Knoll
Located in Los Angeles, CA
This vintage armchair from the 'Tulip' collection was designed by Eero Saarinen for Knoll International is in great condition and has a newly upholstered seat cushion. This iconic tu...
Category

Eero Saarinen Early Tulip Armchair 150 and Sidechair 151 for Knoll International
By Eero Saarinen, Knoll
Located in Munster, NRW
The design classic of the modern age in a very early version. The leather cushions were newly made. The three armchairs can be turned the sidechair is fixed. Frame: cast light meta...
Category 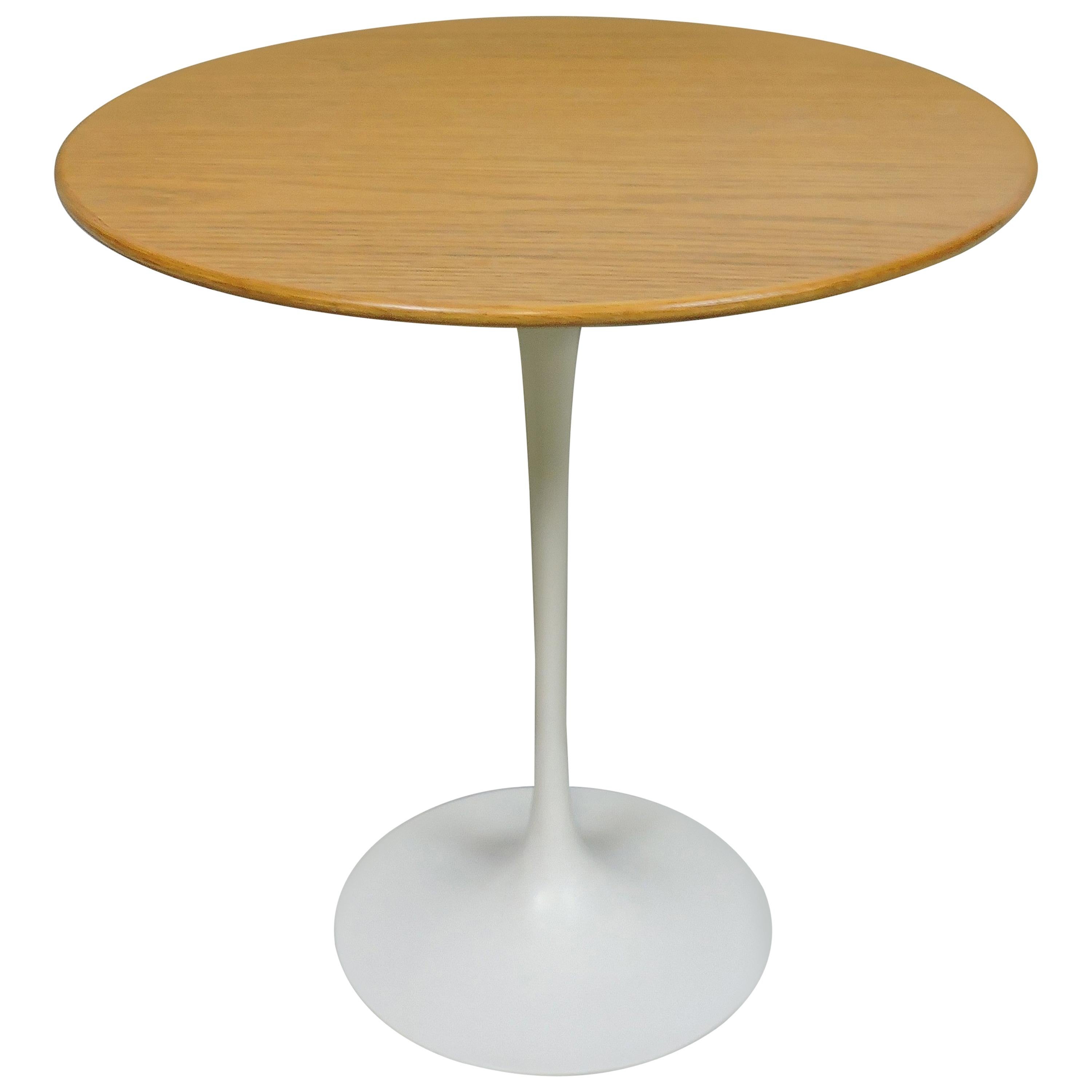 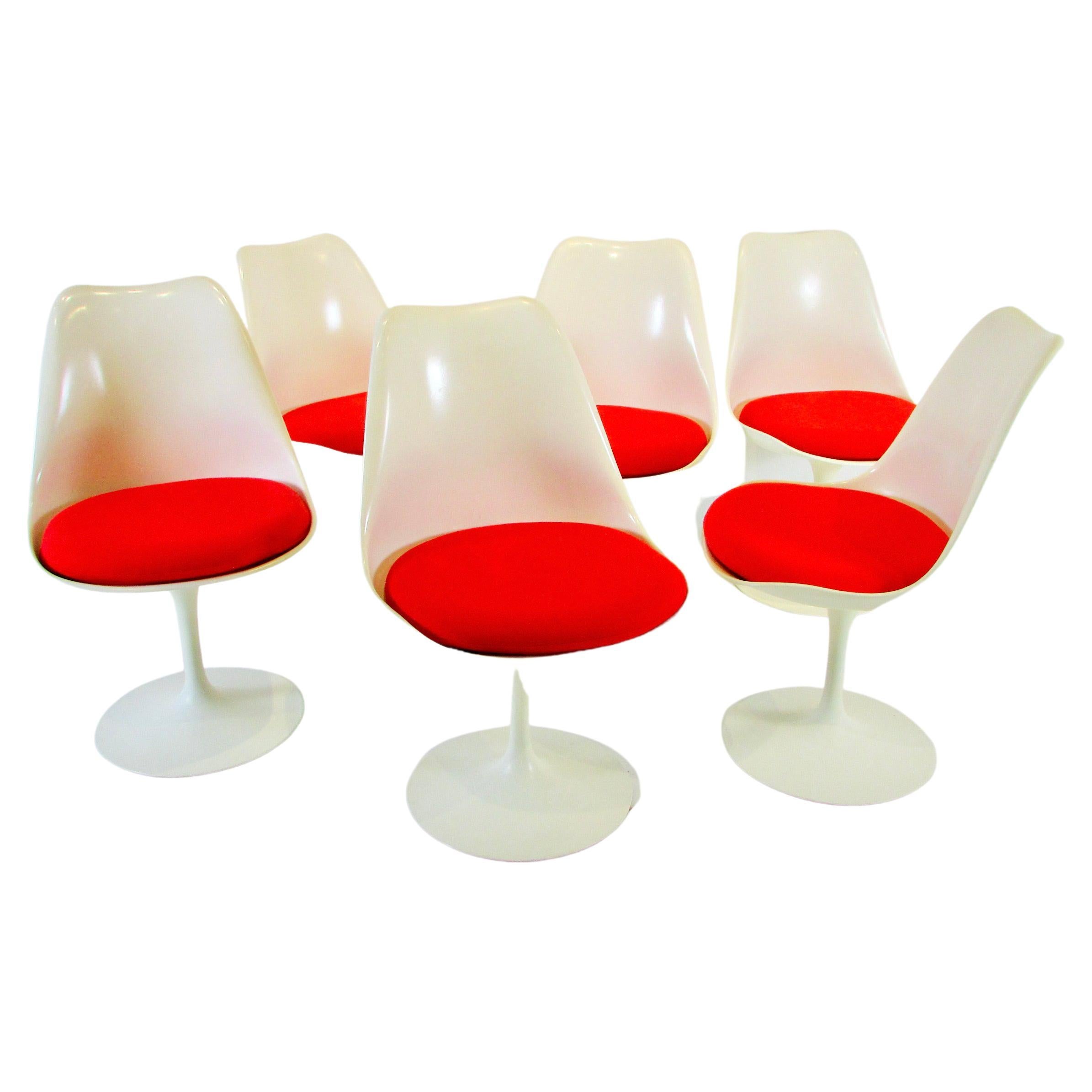 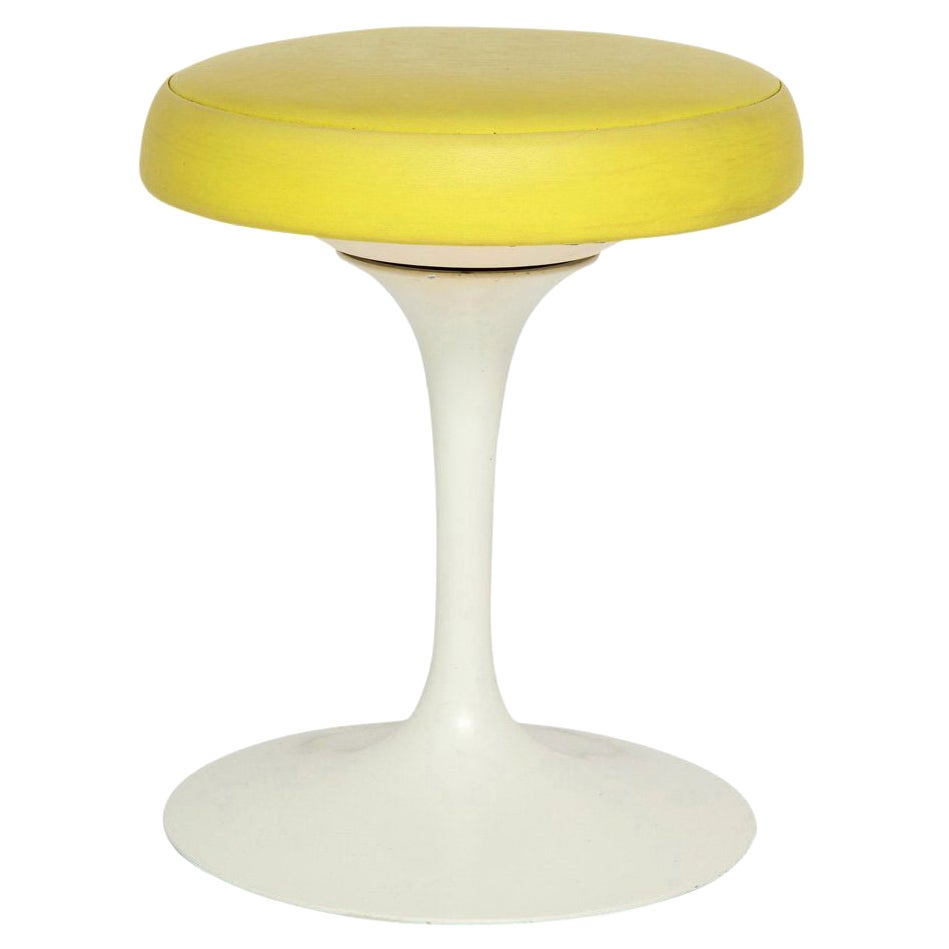 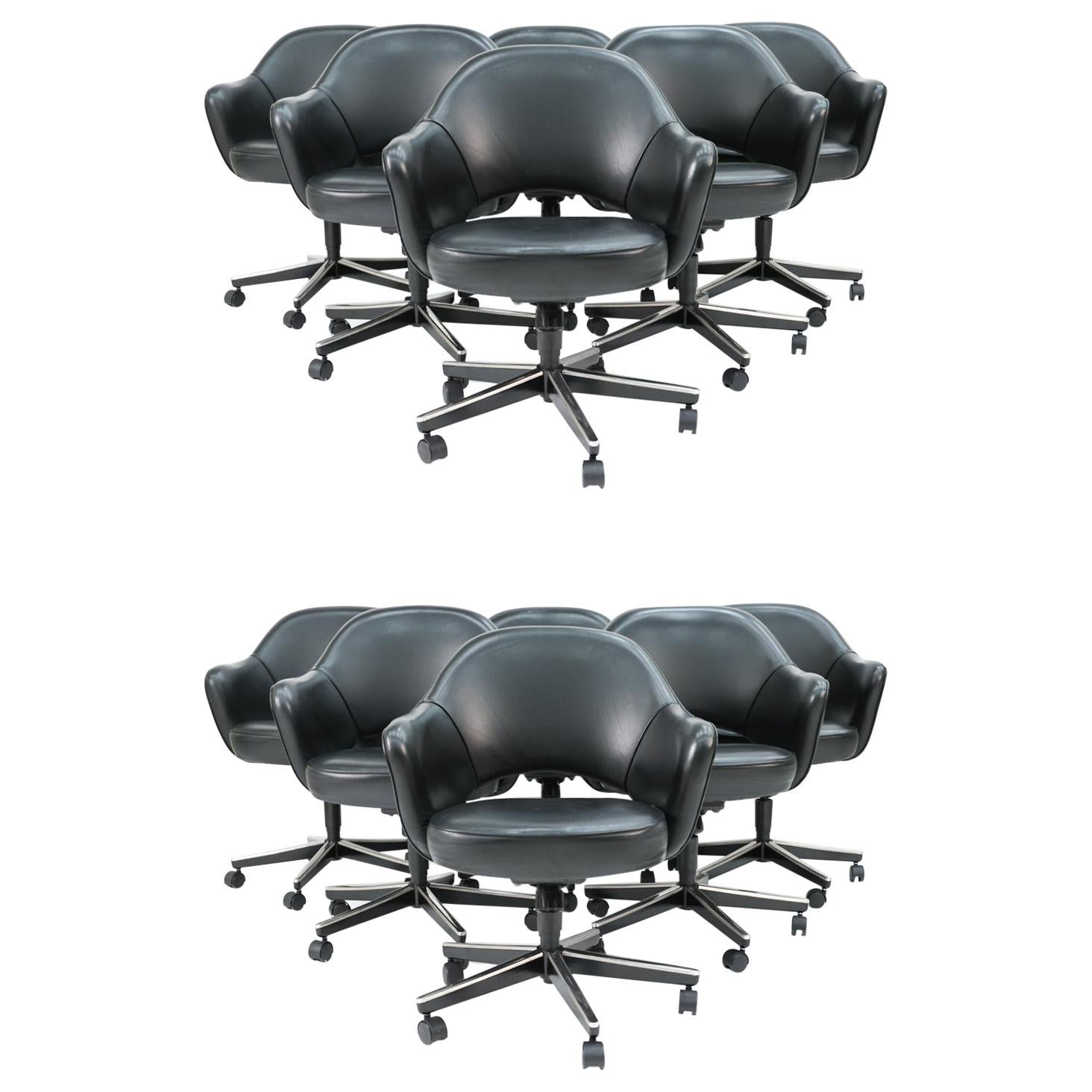 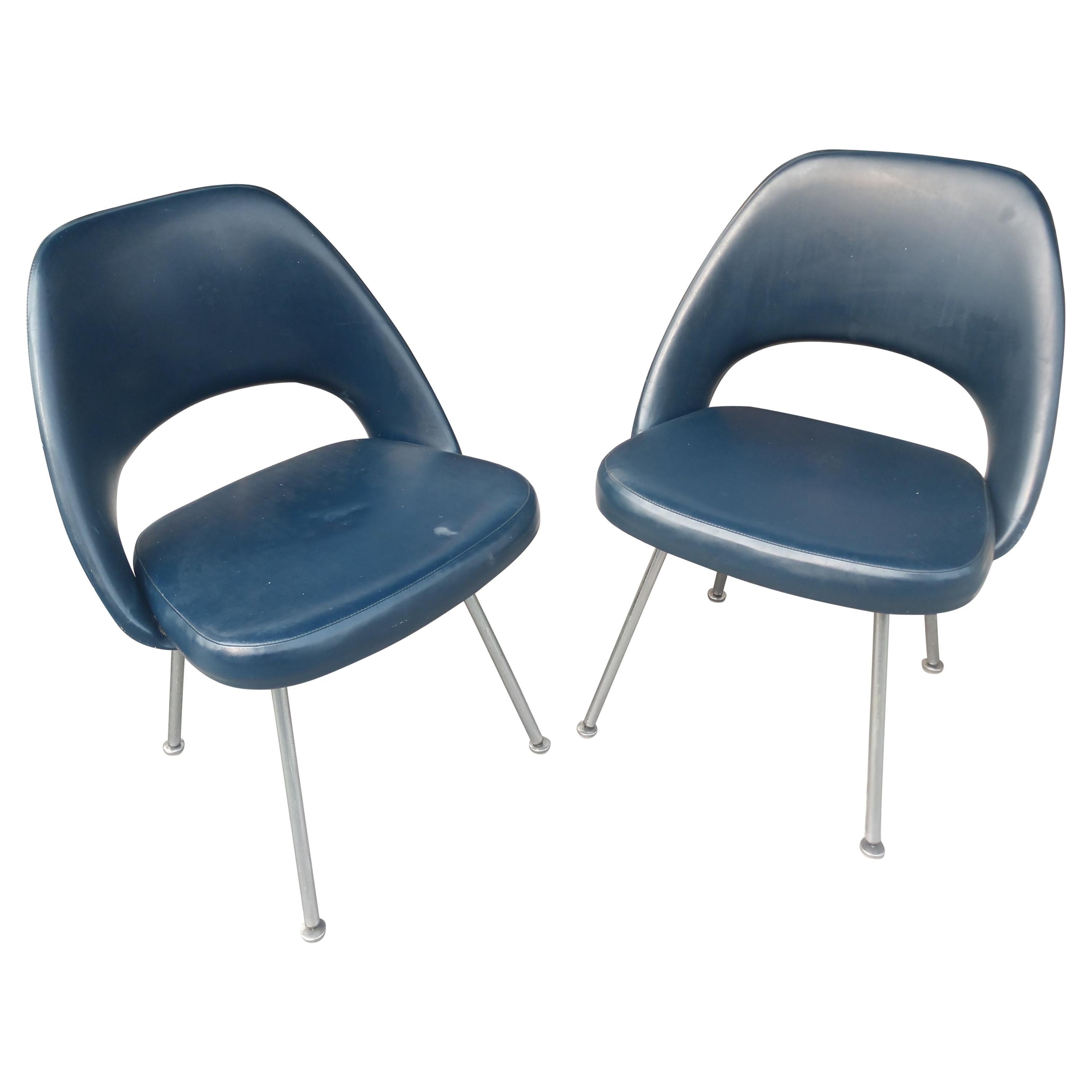 Executive Armless Chair
Average Price
$1,958
Number Available
8
Executive Armless Chair
By Eero Saarinen
Materials
Metal, Fabric, Upholstery, Steel, Velvet
Styles
Mid Century Modern
With the founding of the Knoll Planning Unit at Knoll Associates in 1946, the modern open-plan office was born. Soon after the launch of the internationally celebrated design firm’s workplace-focused division, the Saarinen Executive Armless chair would emerge as one of its seating staples. A departure from more rigid office seating, the 1950 design by Finnish architect Eero Saarinen (1910–61) offered some of the comfort of his 1948 Womb chair in a more formal shape. Nicknamed “that chair with...
Shop All