A garden path runs along the northern side of E-1027 to the entrance. A glass enclosure on the roof protects the access to a spiral staircase. Top: The main room is furnished with Gray’s designs, including her Bibendum and Transat chairs. Photos © Manuel Bougot

A narrow pebbled lane leads from Roquebrune-Cap-Martin, on France’s Côte d’Azur, to E-1027, Eileen Gray’s now-world-famous first architectural work. On one side, the lane is hemmed in by the tracks of a little-used rail line; on the other there are fenced-off trees. Small gaps between their branches allow glimpses of the Mediterranean below. I arrive, shoes dusty, at the metal gate to the property not knowing quite what to expect. Built between 1926 and 1929, E-1027 has been photographed abundantly, but buildings, like people, often look markedly different in person — and so it is here. As soon as I walk down a few steps, a great adventure begins to unfold. The house, which seems to grow out of the rocks, reveals itself from the roof down. A circular glass “cabin” pokes up from an otherwise flat surface giving access to the roof from the tight spiral staircase that runs to the bottom of the house. This proves to be the first of the terraces that grace every level. The lowest one contains a sunken pool. Kept dry, it was intended not for splashing but for bathing in the sun’s rays. The terraces and the house’s horizontal windows allow for a constant interplay between nature and the interior. I soon discover that these match each other in splendor.

Even today, when superyachts are anchored in the blue and green water of the bay and Monte Carlo’s high-rises form a distant backdrop to the west, the setting remains idyllic. I was attracted to Eileen Gray’s interior designs and curious about her rather mysterious life (she burned all her papers before her death), but I’d been unconvinced by modernist architecture in general, finding it cold, even barren, with all that geometry and ideology. Within minutes of arriving, however, my conversion began. Here, modernism is transformed by her lyricism, wit, elegance and warmth. As her biographer and friend Peter Adam wrote in in his 2009 biography, Eileen Gray: Her Life and Works, she “felt deeply the spirit of things and objects, reflecting and perfecting them until a chair or a table became the friend of man.”

E-1027’s southern face overlooks the Mediterranean. The colorful Holiday Cottages, designed by Le Corbusier, are perched farther up the cliff behind the villa. Photo © Manuel Bougot

Eileen Gray (1878–1976) had a privileged background. She grew up in Ireland and London, where she attended art school. Early in the 20th century, she visited Paris, and from 1907 on it was her base. Gray and Art Deco were made for each other, and three-dimensional decorative art became her metier. She mastered the demanding techniques of Japanese lacquer, and soon her screens and furniture were sought after by those with the taste to appreciate them and money enough to afford them. Hand-knotted rugs and furniture, from sofas and end tables to lamps, followed. In 1921, Gray opened a gallery to showcase her creations. She called it Jean Désert, believing that people would take her work more seriously if a man’s name was attached to it. 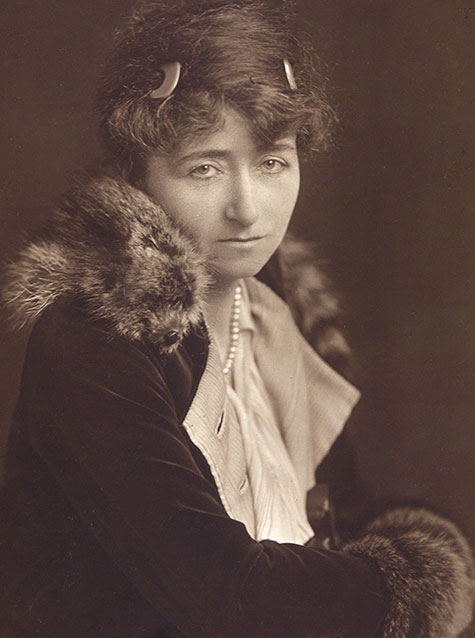 Gray in the 1920s. Photo © National Museum of Ireland

The next two decades brought an outpouring of creativity, as she glided from Deco to modernism, blazing a trail in parallel with Marcel Breuer. Among her many emblematic pieces are two chairs very different in appearance but equal in their desirability: the sleek Transat and the curvaceous Bibendum, both from the mid-1920s. After World War II, fashion and clients moved elsewhere, but Gray was fortunate to live long enough to enjoy a revival. In the 1970s, exhibitions devoted to her work were mounted in Vienna, London and Boston, and design historians and avid collectors began making pilgrimages to her Paris apartment. Renewed interest flushed out hidden treasures, and the market for her work began to build. She died before the historic 2009 Yves St. Laurent/Pierre Bergé auction in Paris, in which her Dragons armchair from 1917–19 fetched a stupendous $26 million (still a record price for a piece of 20th-century decorative art), and the long-overdue career retrospective at the Pompidou Center, in 2013. Now, another boost to widespread appreciation of her achievements is on the horizon: the completed restoration of E-1027.

A balcony runs nearly the full length of the villa’s southern facade, maximizing the getaway’s seaside views. Replicas of Eileen Gray’s marine-blue canvas sunbreakers and windscreens will be added at a later stage of the restoration. Photo © Manuel Bougot

In addition to the house itself, the property’s gardens have been restored. Photo © Manuel Bougot

Monte Carlo, a 15-minute drive from the house, can be seen down the coast. Photo © Manuel Bougot

Gray departed E-1027 in 1932 after splitting from her lover, Jean Badovici. When Le Corbusier, a friend of Badovici’s, later visited the house, he insisted on covering several of the walls with his own work, much to Gray’s displeasure. Photo © Manuel Bougot 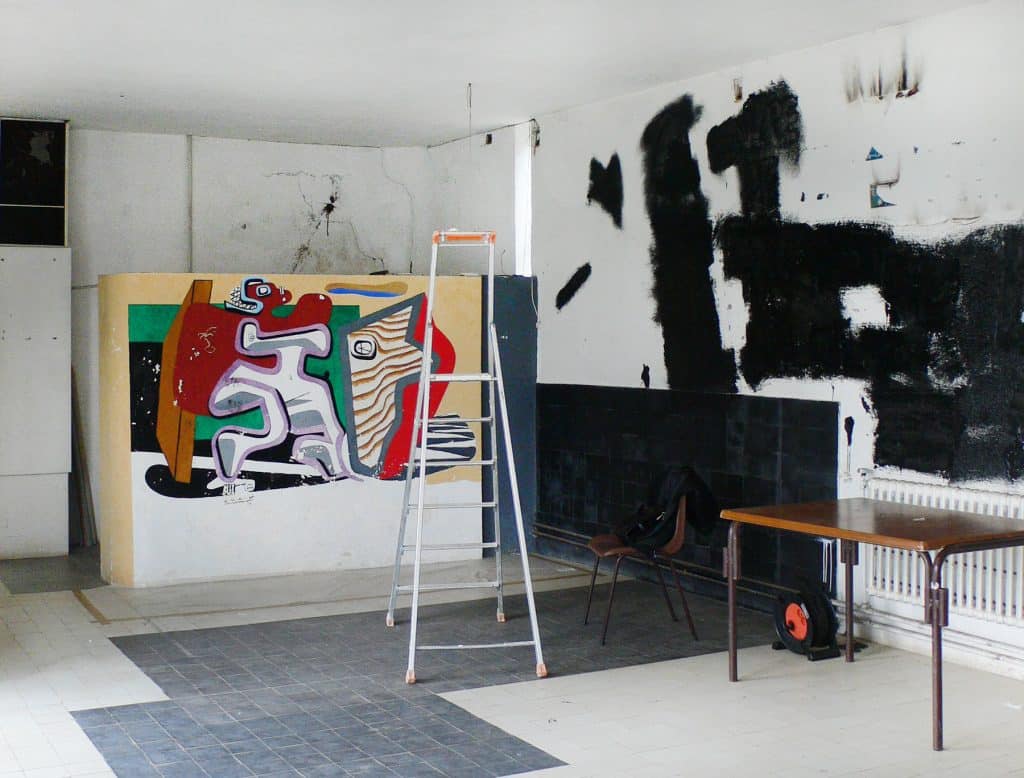 A picture taken during the restoration shows some of the damage that the home’s main room and Le Corbusier’s work had suffered. Photo © Tim Benton 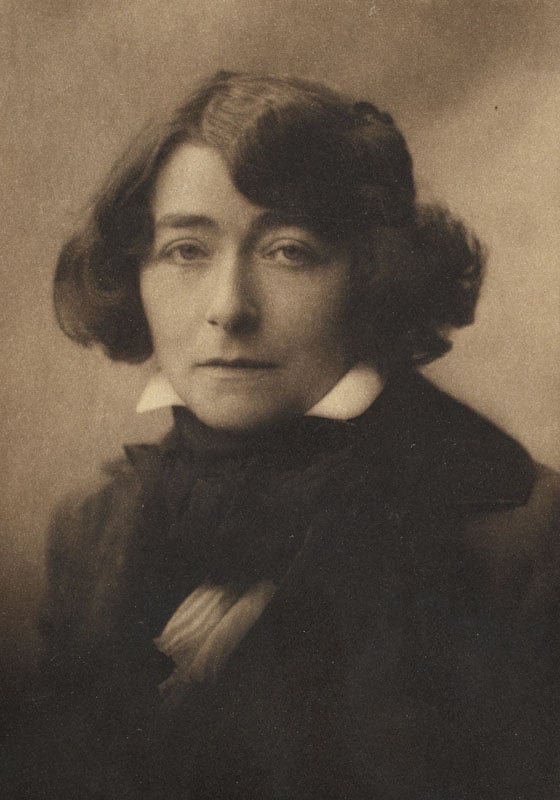 This ca. 1916–18 portrait of the designer was taken by British photographer George Charles Beresford. Photo © National Museum of Ireland 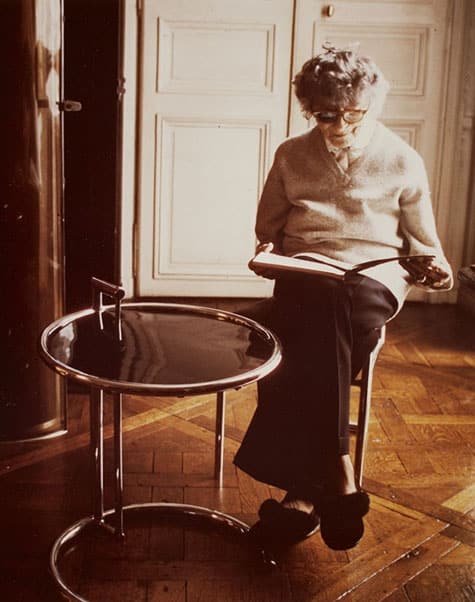 Gray, pictured here in the 1970s, sits alongside the E-1027 adjustable table, which she designed for the villa in 1927. The piece entered the permanent collection of the Museum of Modern Art in New York in 1977. Photo © National Museum of Ireland 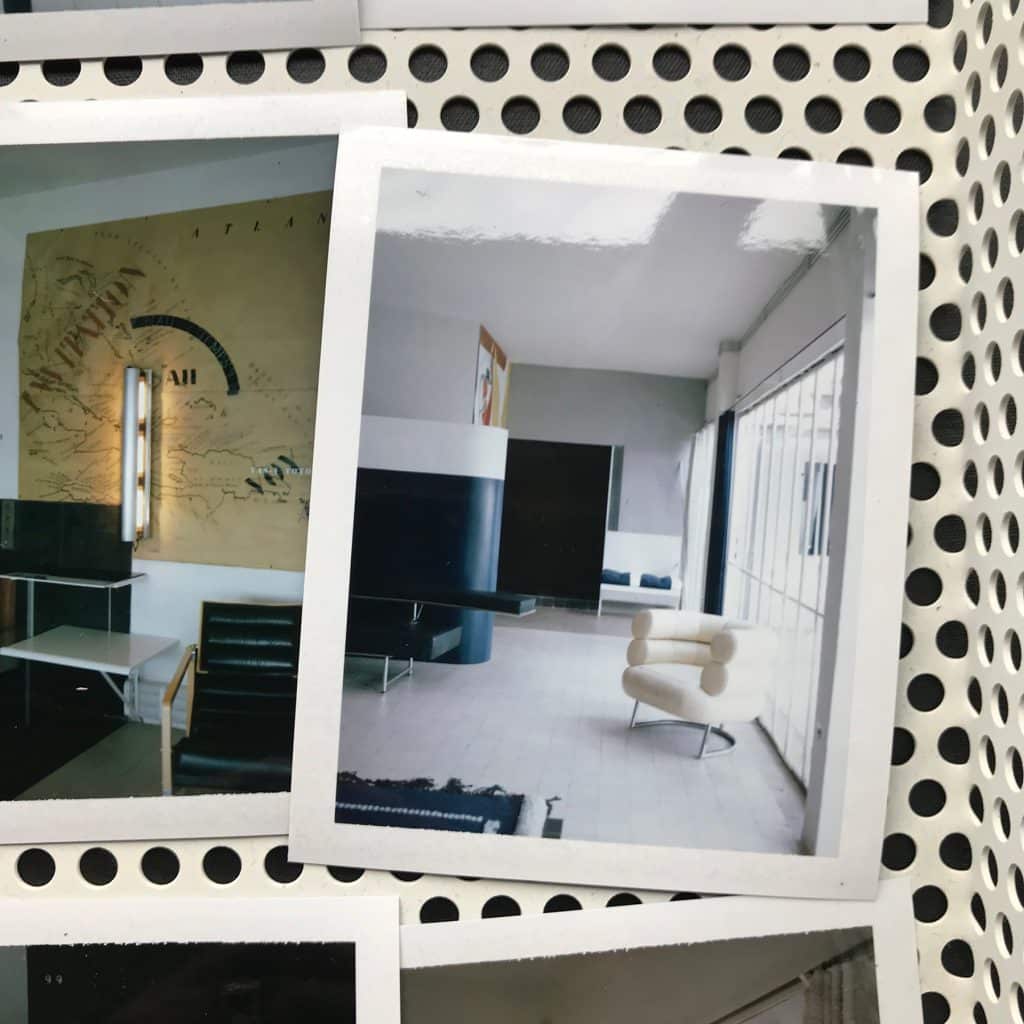 Celebrated architectural and interiors photographer François Halard took Polaroids of the site as part of the Association Cap Moderne’s campaign to fund its restoration. Currently, donors of $65 or more can choose to receive a postcard-size photograph of E-1027 by Halard. Photo by François Halard

The house is both sophisticated and cozy. Even its name, which I assumed was some sort of Euclidean code, proved to be a key that unlocks the love story between Gray and her much younger lover, architect and critic Jean Badovici, with whom she shared the home. (The letter E stands for Eileen; 10 for J, the 10th letter of the alphabet; 2 equals B, the second; and 7 equals G for Gray. Thus the name of the house represents Gray’s embrace of Badovici.)

By 1931, the affair over, she gave him the house and left. Great friend Le Corbusier became a frequent visitor and put his stamp on it — inside and out. E-1027 was soon plastered with his vividly colored murals. Then, in the 1950s, he built tiny, dark le Cabanon, a getaway for himself and his wife, adjacent to Eileen Gray’s masterpiece, and, literally just above it, a scheme of tiny hostels decorated outside in bright primary colors. Visitors to Cap Moderne can decide for themselves whether Gray inspired Corb to create these buildings or whether his actions were motivated by competitive aggression. If the latter, he did not obliterate the magnificence of what Gray achieved.

Her relationship with Badovivi may have been tangled, even painful, but the house proclaims that it was no less passionate for that. Stand in the main bedroom, where everything seems sensuous, from the fur throw on the large bed to the way the mosquito netting is gathered at its head; walk into the large, open-plan living area with its curved sofas, round tubular glass-topped table and thick, soft Centimetre rug; visit the bathroom with its large, now-iconic Satellite mirror, which allowed Badovici to shave the back of his neck as well as his cheeks. E-1027 was conceived as a love nest: imaginative, tender, amusing, incandescent.

Stairs on the western side of the villa lead to the lower garden and the solarium, conceived as a pool for sunbathing rather than swimming. Photo © Manuel Bougot

Thanks to the ongoing restoration performed by the not-for-profit Association Cap Moderne, the nearly century-old house seems as fresh, radiant and of-the-moment as it must have appeared when Gray moved in. Much of the credit belongs to the chair of the project, Michael Likierman, an energetic and visionary English entrepreneur. Likierman arrived in Paris in 1972 to launch Terrence Conran’s Habitat store, and France has been his home ever since. In 1980, he cofounded a hugely successful international eyewear chain called Grand Optical, which he sold in 2006. By then, he and his late wife, Margaret, had moved to Menton, where they overhauled Les Colombières, a derelict though once grand house, and its gardens. Likierman was ready for a new project when he was approached to oversee the restoration of E-1027, just up the road.

Likierman took on the job in 2014, estimating it would be a six-year project, its completion coinciding with his 80th birthday, in March 2020. That timeline looks to be on target. A large visitors center containing exhibition space and a shop has been opened in a disused warehouse near the railway station with an adjacent café. The fabric of the house is sound, and a good deal of its built-in interior faithfully re-created.

A view of the house from the west. Photo © Manuel Bougot

To date, nearly $3.5 million has been raised and spent. Finishing the restoration will require a further $570,000. (Like the money already brought in, it will be matched by the French state, which will take over the listed historic monument upon completion.) The money will pay for creating precise replicas of such freestanding furnishings as Gray’s cork-top dining table with built-in light and her marine-blue canvas sunbreakers and windscreens for the terraces. Especially generous donors will be entitled to host dinner parties on the lower terrace of E-1027. Helping to save this monument to one of the 20th century’s great design talents is, of course, its own reward. But sitting there, with only rocks between you and the bay, looking out at the light dancing across sea and sky, with this wonderful house as shelter, is an experience that you’ll not soon forget. 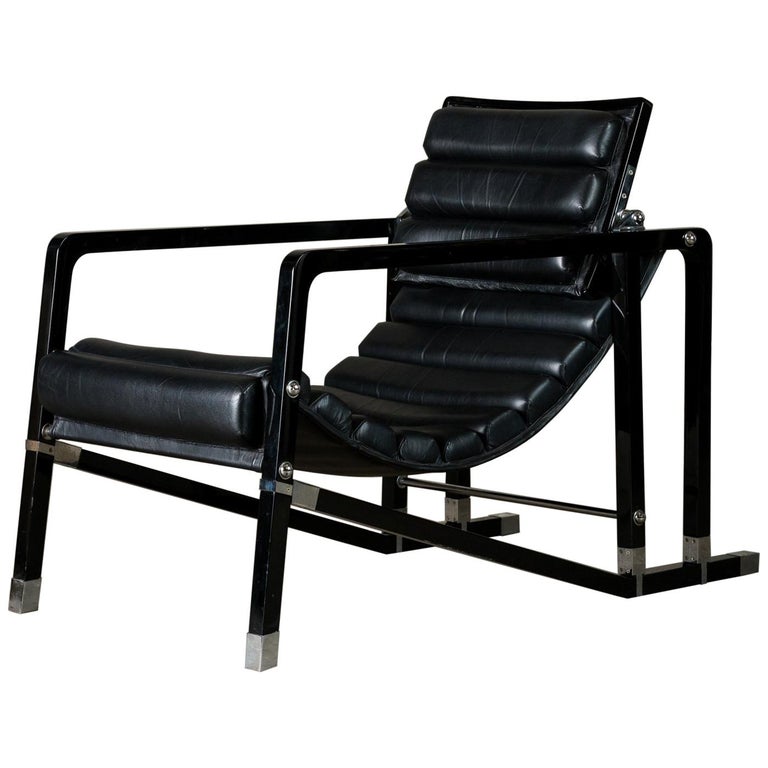 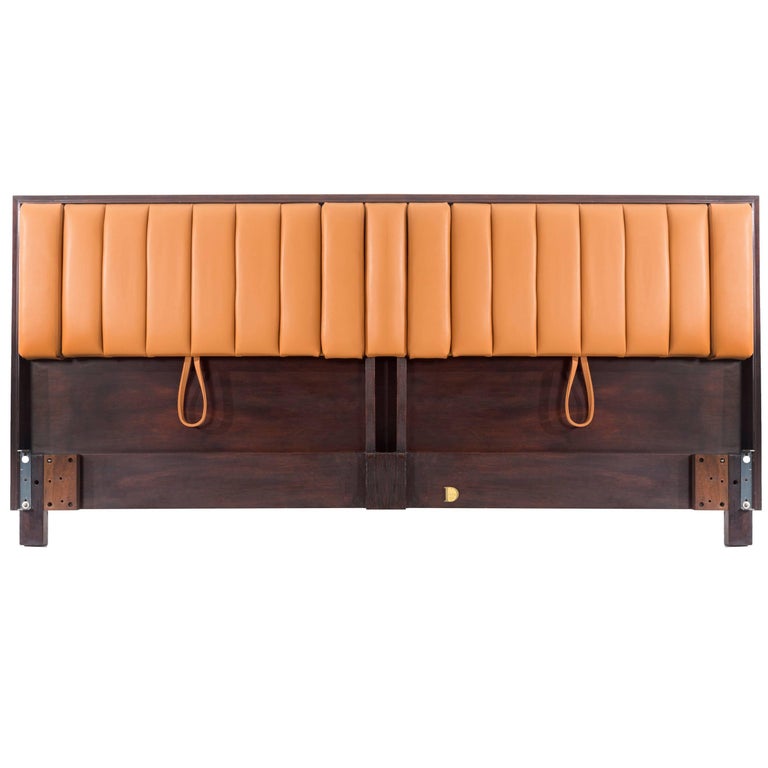 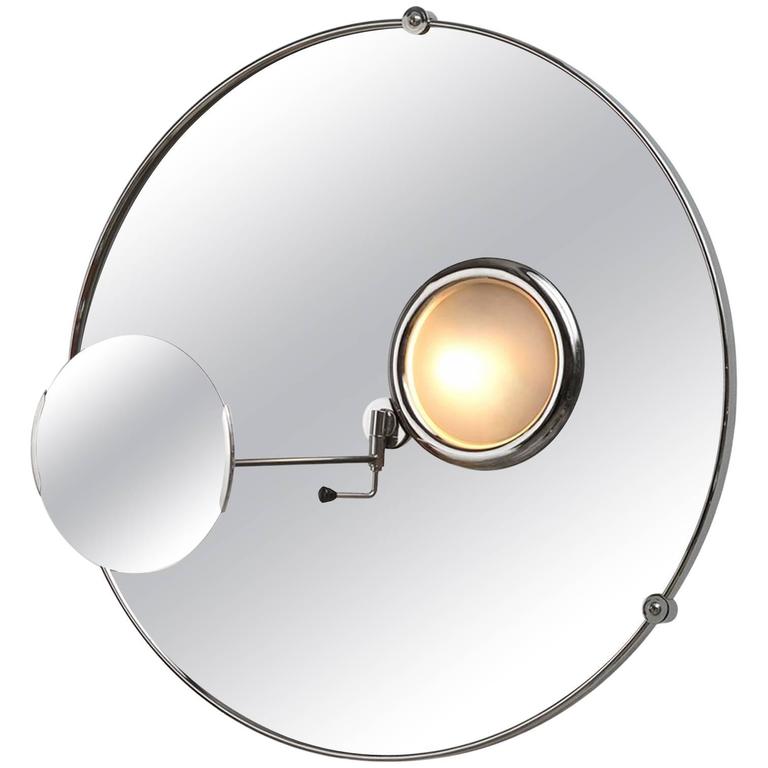 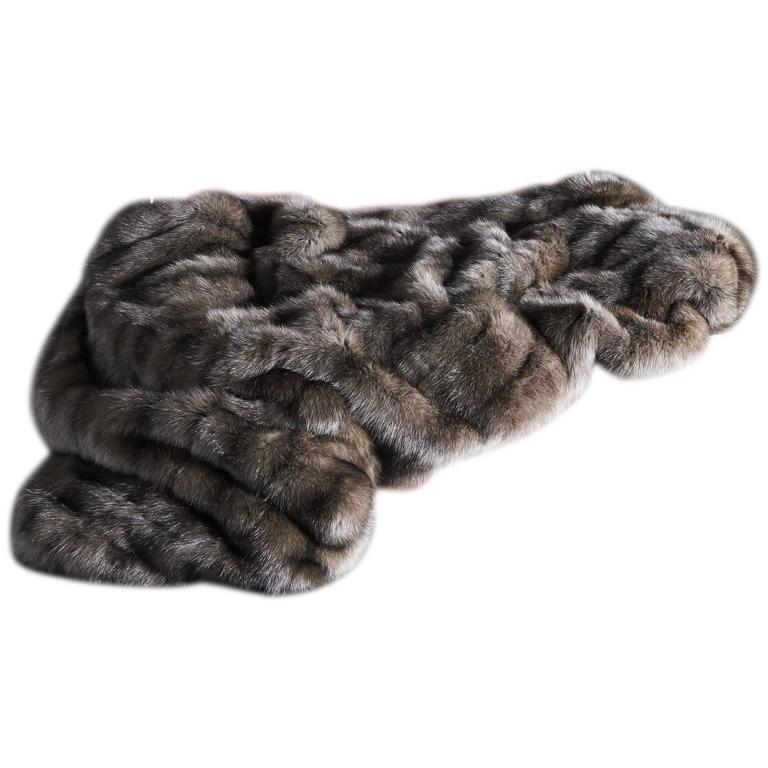 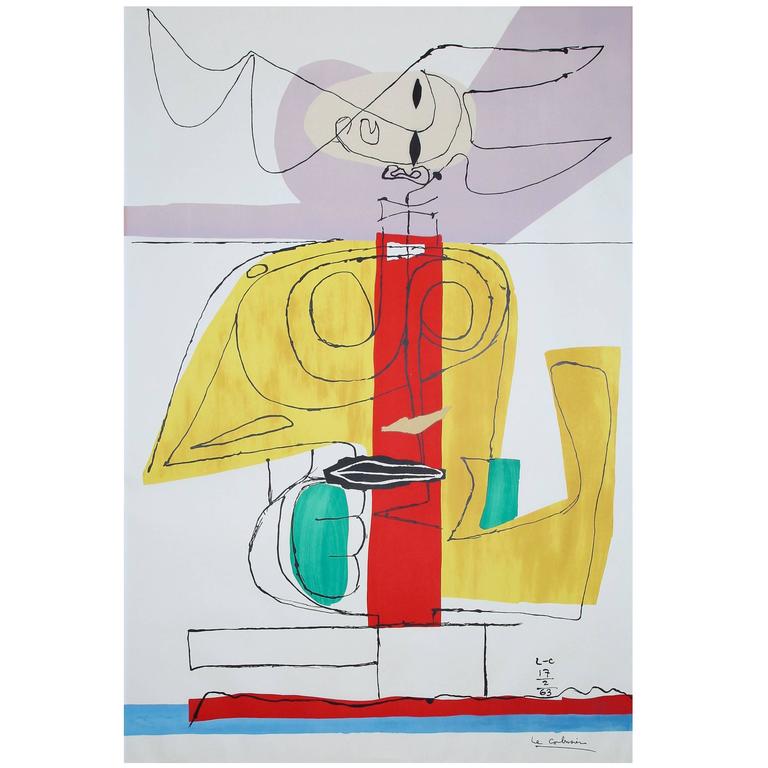 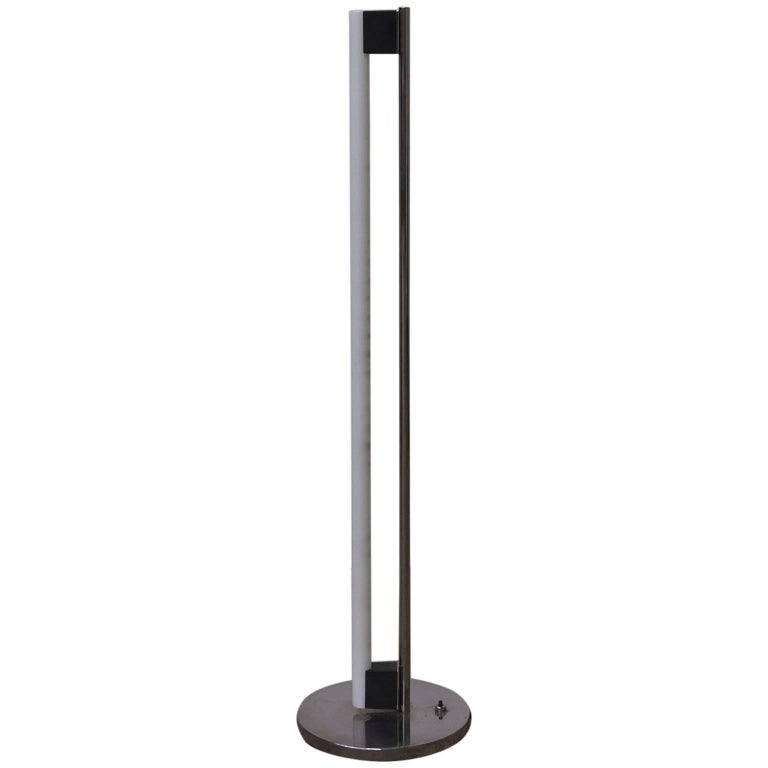 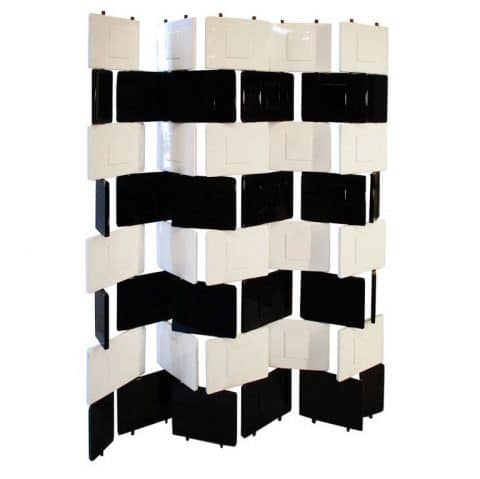 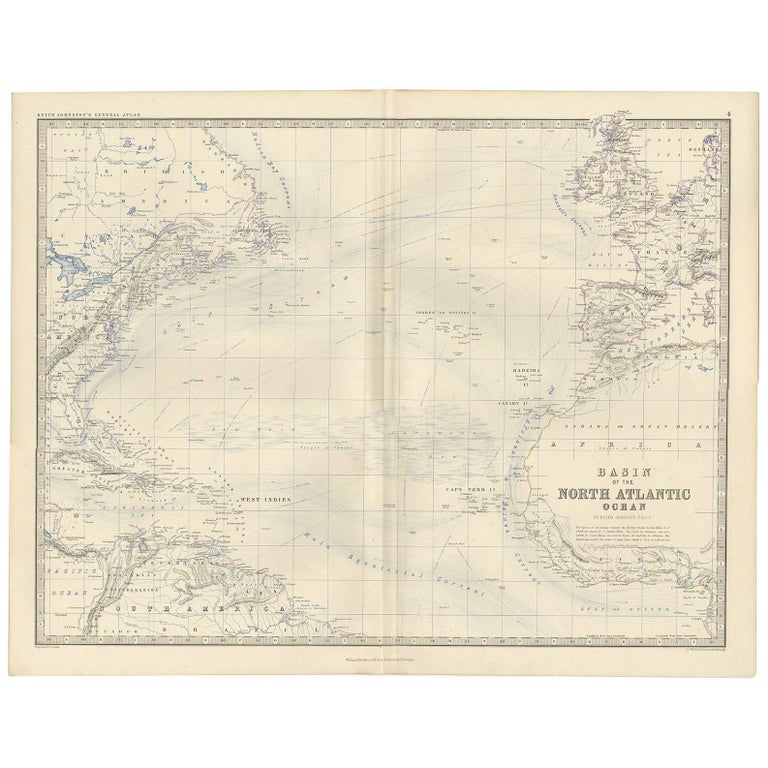 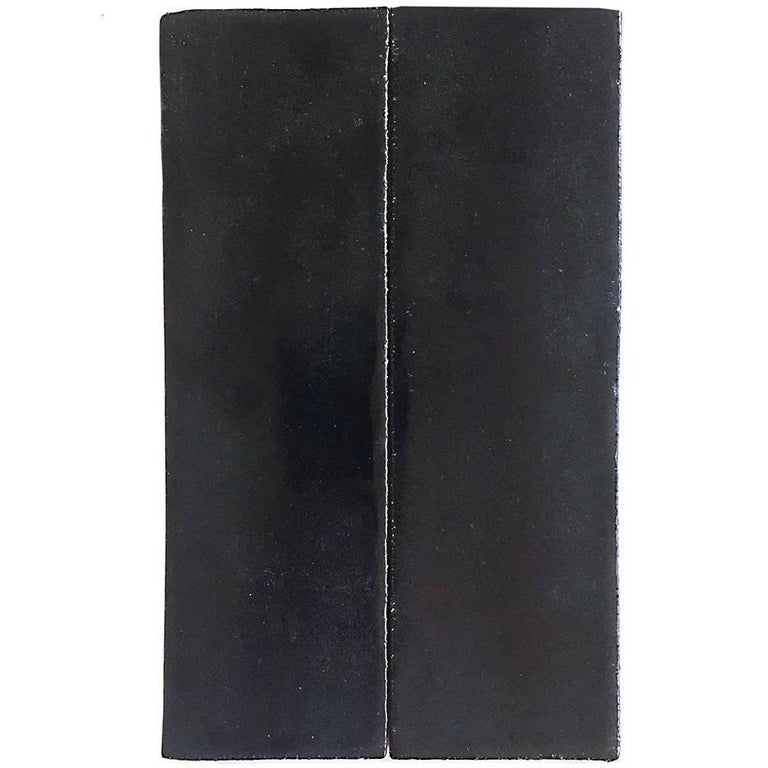 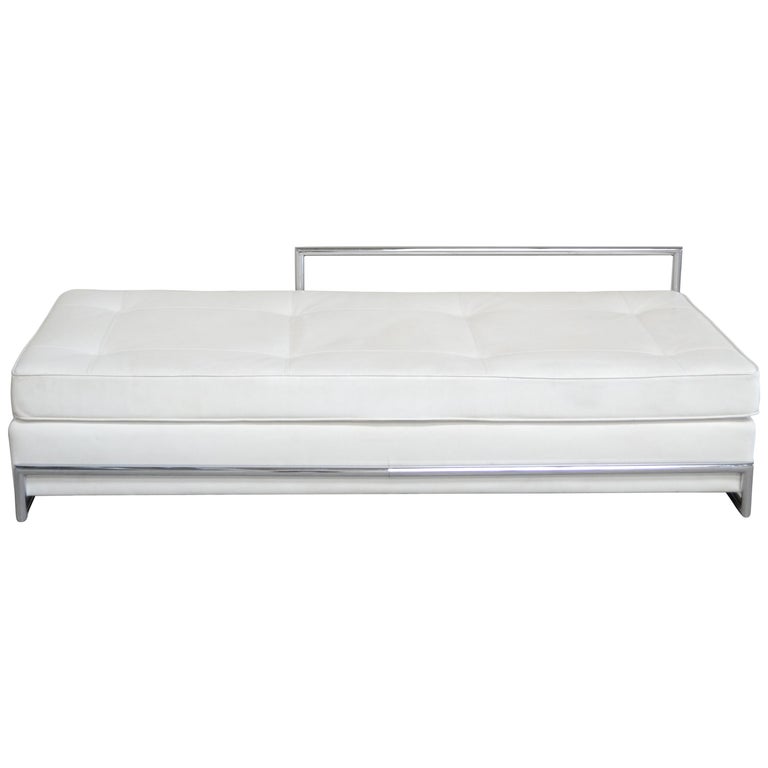 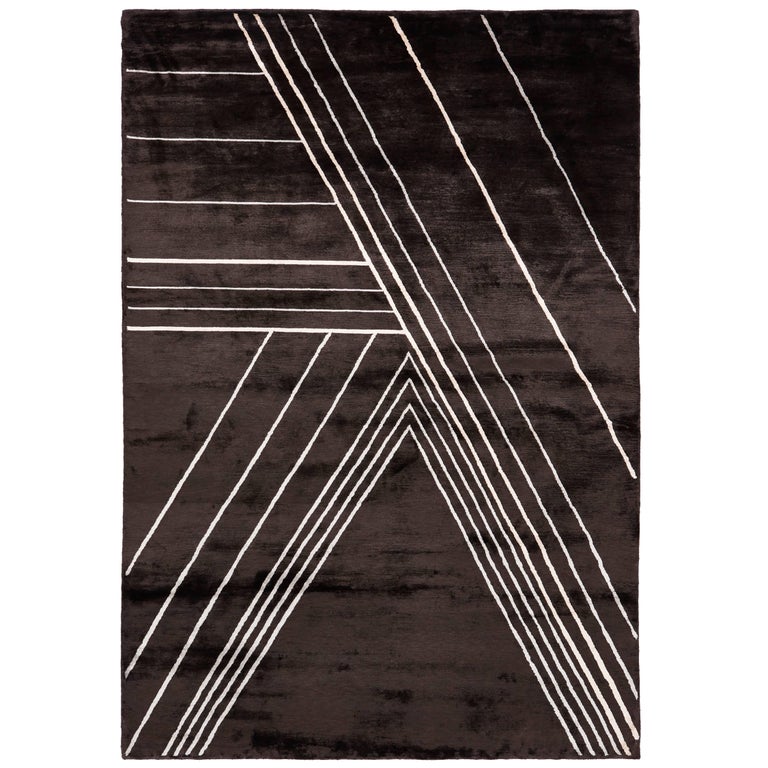