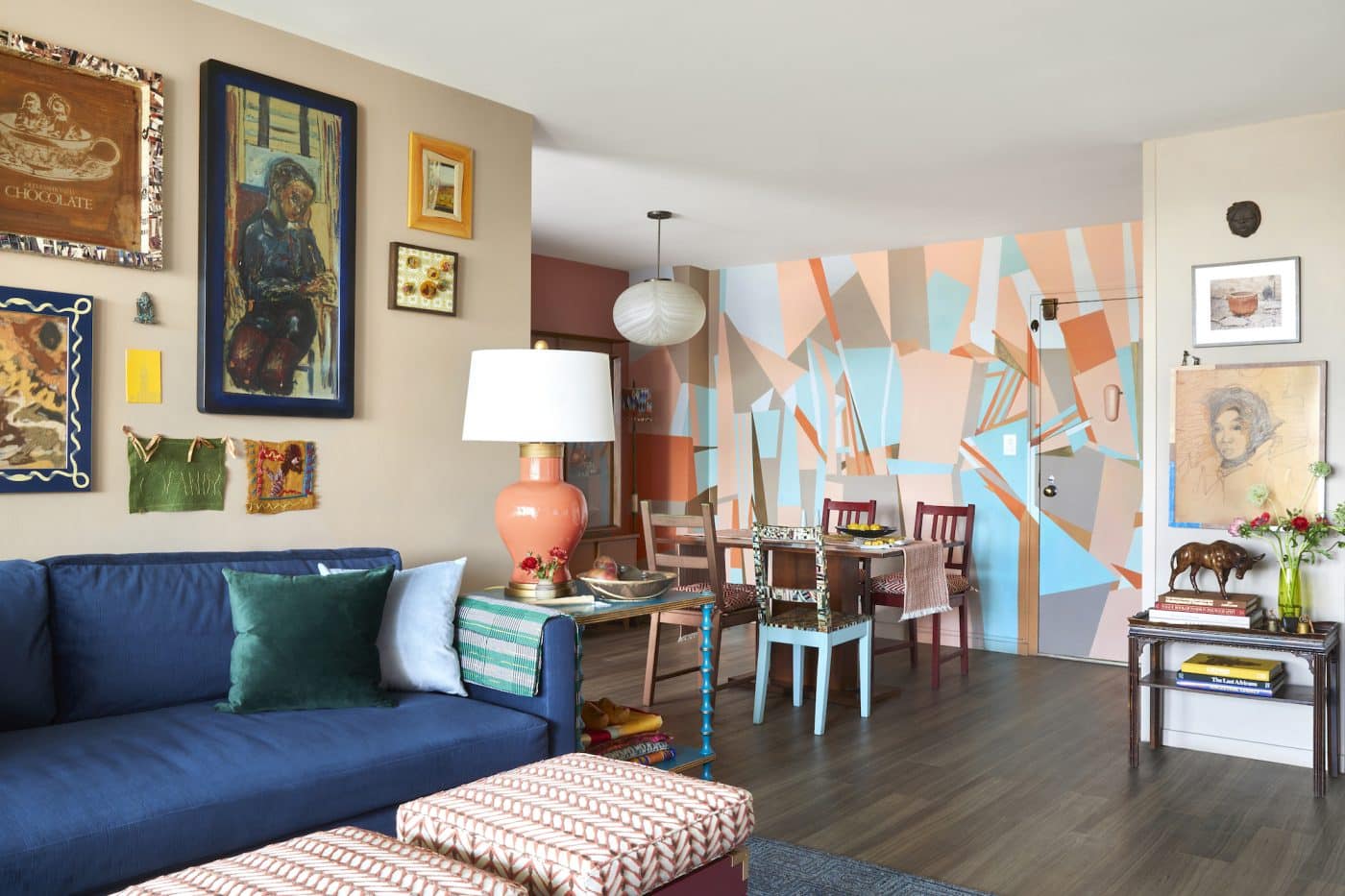 November 28, 2021New York–based interior designer Keita Turner may have left the fashion industry more than 20 years ago, but her passion for it still informs her work.

Turner, who was born in Houston and raised in St. Louis, earned a BFA in apparel from the Rhode Island School of Design. When prompted, she describes her rooms as “a combination of my love of fashion and classic, timeless interiors,” adding, “I get a lot of mood and color inspiration from editorial fashion photography.”

In her 20s, she designed her own New York apartment to be an oasis from the cutthroat world of catwalks and collections. Full of Scandinavian and Danish modern pieces borrowed from her parents, it caught the eye of a party guest, who hired Turner to design a local shop she was opening. Turner enjoyed the work so much that she left her job in fashion and opened an interiors firm.

Many, many projects later, Turner, who is also a founding member of the Black Artists and Designers Guild (BADG), has created a wide variety of spaces, including corporate offices, retail outlets and residential interiors. Her aim is to “design environments that uplift the human spirit.” We sat down with her to discuss her icons and influences and the importance of staying true to her clients.

Art galleries and museums, like Long Gallery Harlem and, of course, the Metropolitan Museum of Art. I was at an event recently and heard Bunny Williams speak. She said to get out from behind your computer every other week and go explore. I’m trying to do that!

I adore the whimsical world of Misha Kahn, who also went to RISD. I would love the right project and free-spirited client for his work.

I own artworks by Ky Anderson, Ann West, Piero Spadaro, Hayley Perry, Henri Gaudier-Brzeska, Jordi Bonàs, Pierre Tal-Coat and Jean Saudé [a printmaker who produced some of Edouard Benedictus’s compositions]. I also have some of my own artwork in my collection.

I love Derrick Adams and Maurizio Cattelan. Cattelan is the Italian artist who did the golden toilet and the banana with the duct tape.

And I love the work of my mother, B. Toler Turner. She really is my inspiration. She’s a painter and sculptor, she draws, she does printmaking — everything.

What are your favorite design periods or styles?

I’m a fan of styles from the twentieth century, like Art Nouveau, Art Deco, Bauhaus, French Moderne, modernism and postmodernism, as well as mid-century Danish and Scandinavian design.

One reason is their connection to the history and the changing politics of their times. Also, some of these twentieth-century movements and the Western artists associated with them were influenced by African and non-Western design, though without much attribution or contextualization until recent years.

I admire people with effortless, timeless elegance, like Carolyn Bessette-Kennedy and Diahann Carroll. I also really like Lupita Nyong’o! She’s very daring in terms of fashion.

What is your favorite historic building?

This isn’t perhaps what you were looking for, but I love Bergdorf Goodman!

I eventually want to move to Georgia, to build out a farm down there, but I’d also enjoy living in Montecito, California. I love the architecture, the palatial homes and the Pacific Coast Highway.

I love the idea of doing at least one hospitality project, like a boutique hotel, preferably under my ownership — something similar to Blackberry Farm in Tennessee — or creating an artists’ retreat with cottages and studios.

Another dream project would be to design a fashion boutique on Madison Avenue or elsewhere.

Automated shades! My plants are like my babies, and they need their sunlight. If I forget to open the shades, they won’t get it.

We used a cheerful but dramatic Ogden fretwork wallpaper from Thibaut for a client’s stairwell and second-floor landing, and the client also had a fretwork rug that we used for the living room, although I initially had other options in mind for flooring.

I don’t often repeat motifs within the same space unless we’ve dramatically changed the scale, but at the same time, it’s important that our clients’ preferences and authentic voices show up in the spaces we design. To that end, I introduced Asian and Arabesque fretwork motifs throughout the house, in the bedding, ceiling fixtures, side tables, console tables and even the dining table. And it worked!

How many repeat clients I have, because that means I’m doing something right. It really is these relationships that I value most.