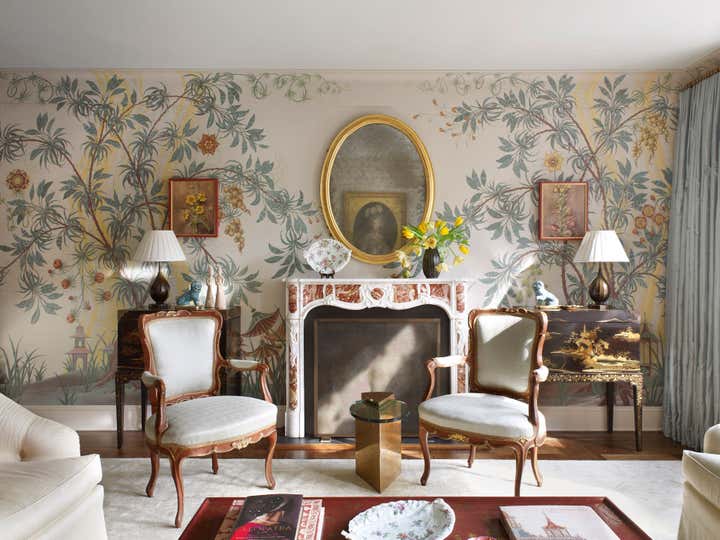 At the start of this project, Thomas Jayne offered the client the concept that within this relatively small two-bedroom apartment on the Upper West Side of Manhattan, each room could have a distinct theme and personality, much like the rooms found in grand historic houses. He suggested that the living room feature boldly painted walls based on a pattern for an 18th-century English dress silk, the second bedroom be turned into a library displaying the client's collection of 18th century portraits, and the bedroom be hung with Chinese wallpaper with views of villages. The dining room would be draped to resemble a tent, and the two connecting halls would be covered in aubergine silk. All of this, of course, ran counter to the accepted wisdom that in smaller spaces it is best to keep things neutral and free of large patterns, but the client was game. Now this apartment has been enriched to the point that it looks much larger than it is. 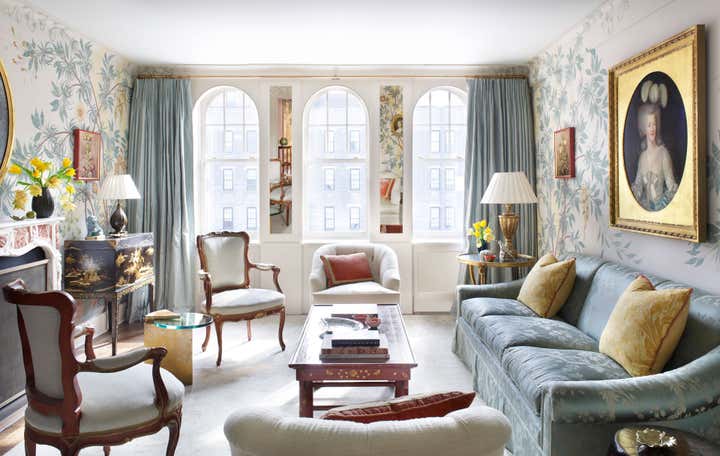 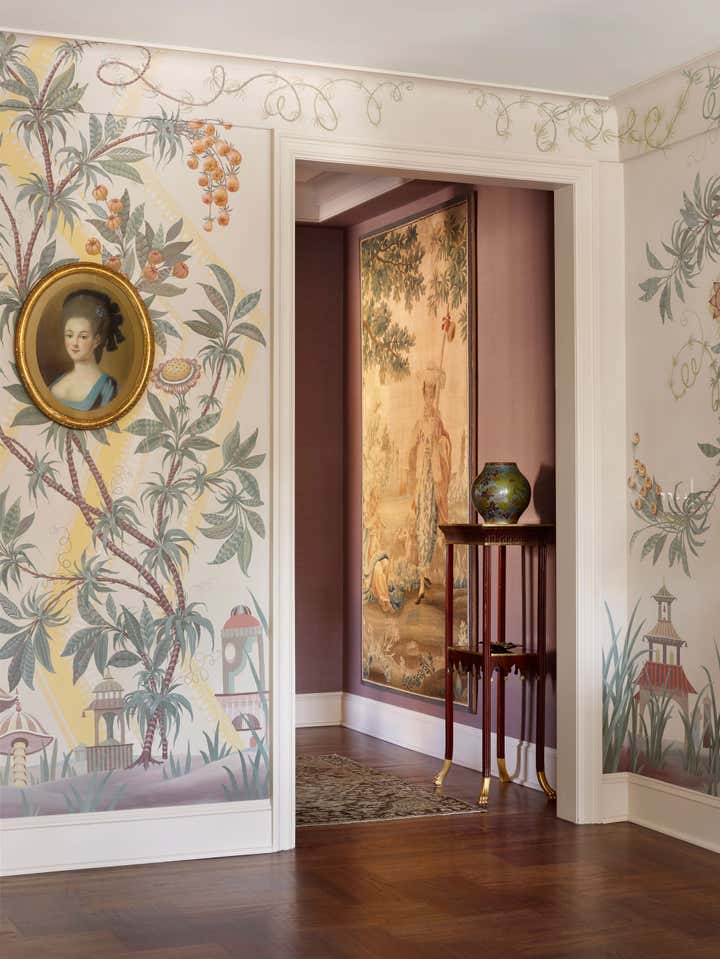 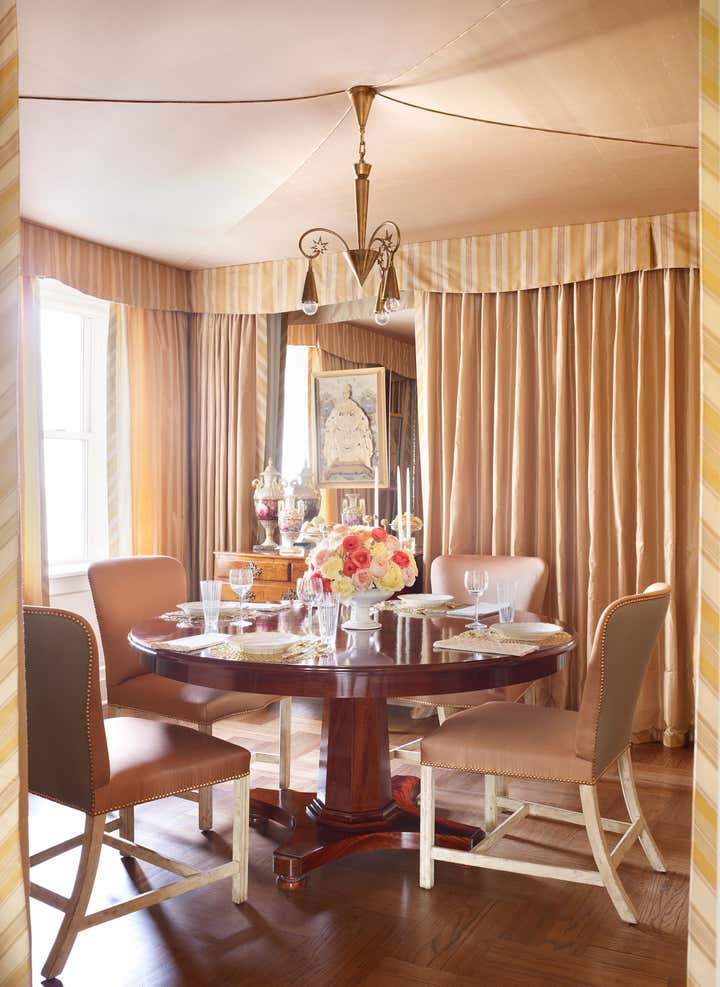 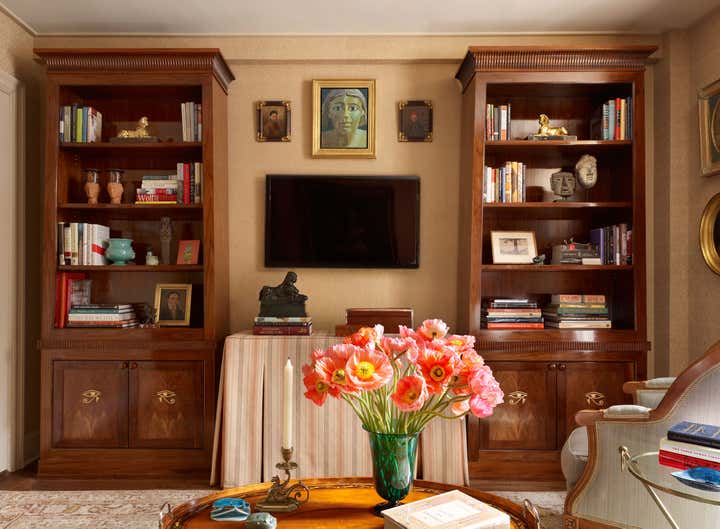 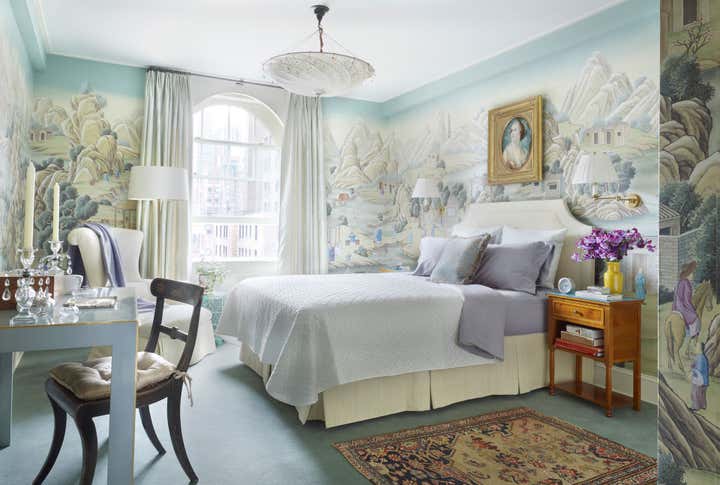 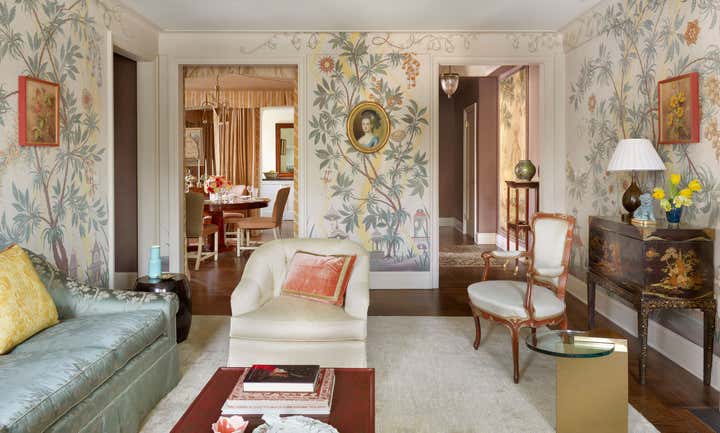 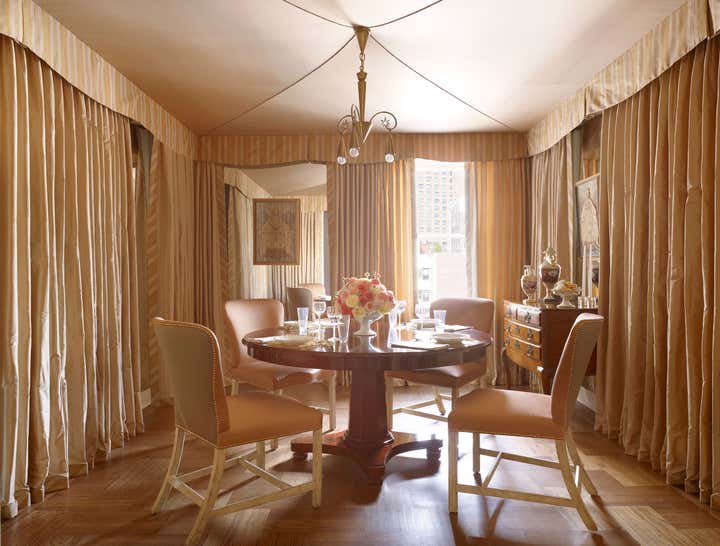 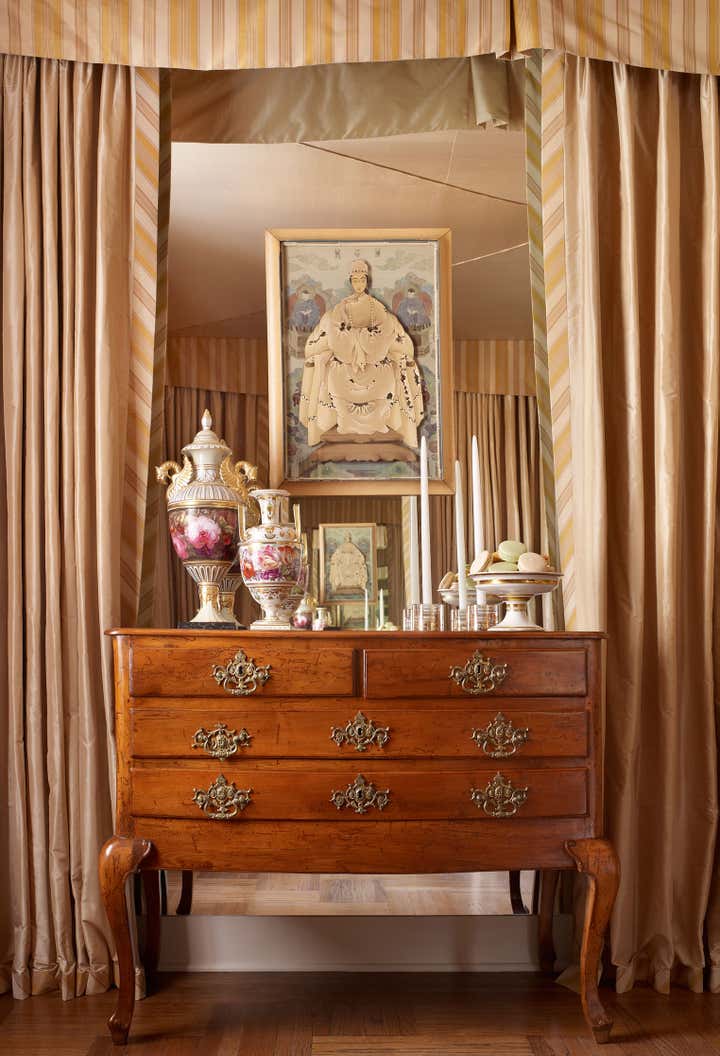 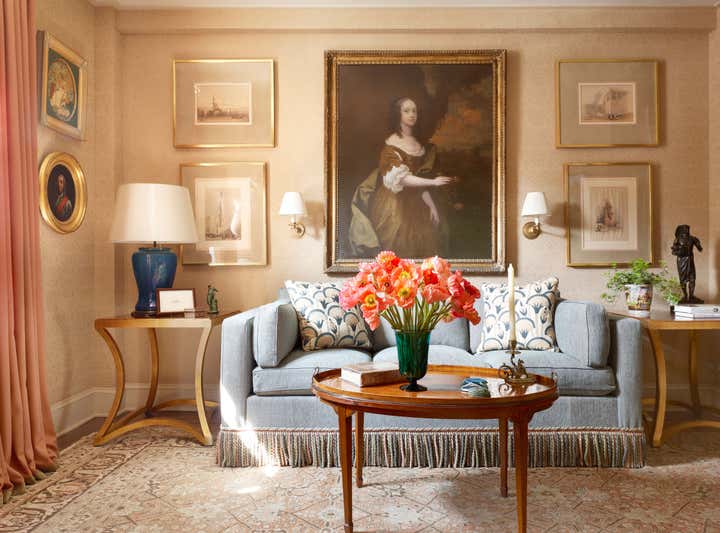 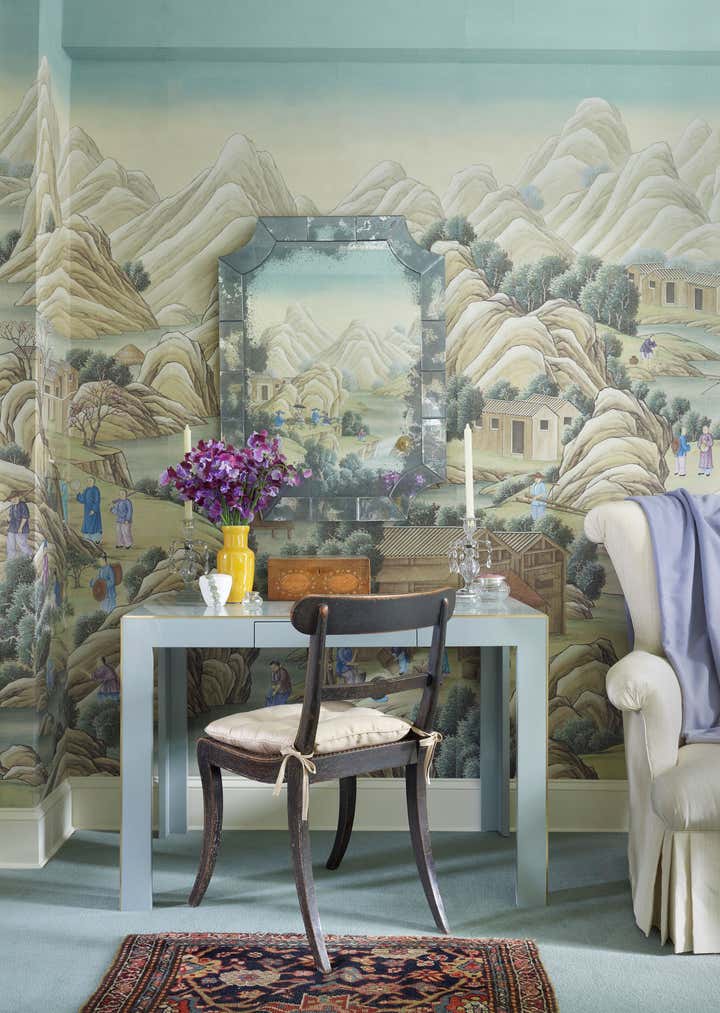