Antonio Manganaro was a painter and caricaturist, drawing professor. Early designer, at the age of fourteen he was sent to Naples at the Royal Institute of Art. The expenses were borne by two local patrons, Baron Cessa and Diego Badarò, who awarded him six ducats a month. Manganaro soon passed to painting and nude classes, winning prizes and receiving the praises of his masters, including Federico Maldarelli and Luca Postiglione. Arrested for political conspiracy (his family belonged to Young Italy), he was ordered to leave Naples. I did not comply with the order by hiding with a friend. In 1859, he was part of the secret or action committee and in 1860, he participated in the revolutionary movements that favored the entry of Garibaldi into Naples. Following the General, Manganaro participated in numerous feats of arms and was also wounded, obtaining a medal. Taking leave of the Mobile National Guards, Noah's Ark was hired as a caricaturist editor in the newspaper, becoming very popular. He then directed another newspaper, The Last Judgment, and finally landed at the Stenterello. He was considered to be on a par with the two other leading caricaturists of his era, namely Errico Colonna and Melchiorre Delfico. In 1885, he obtained the chair of design at the Technical School Giambattista Della Porta in Naples. He left many original caricature albums, among which I Cinquecento the Italian Parliament, Eighty Municipal Councilors of the Palazzo San Giacomo, Provincial Councilors of Naples, Contemporanei and much more.

(Biography provided by Wallector)
Applied Filters8 results
Artist:Antonio Mangano
to
1
Item Location
8
Height
to
Width
to
8
8
10,871
2,536
2,470
1,905
8
Due Parole a Quattr'occhi - Original Lithograph by Antonio Mangano - 1870s
By Antonio Mangano
Located in Roma, IT
Due Parole A Quattr'Occhi is an original artwork realized in the 1870s by Antonio Manganaro. Original colored lithograph. Good conditions except for yellowing of paper due to the t...
Category 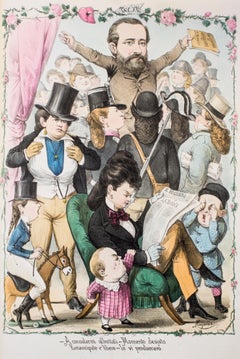 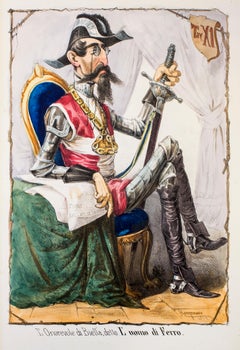 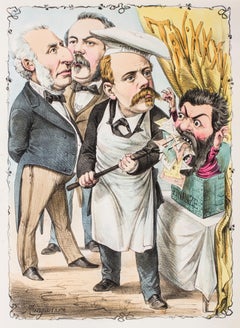 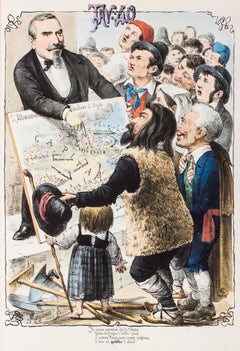 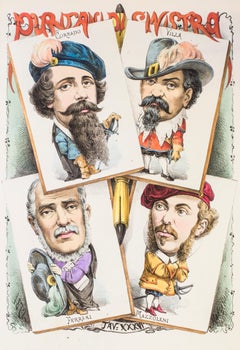 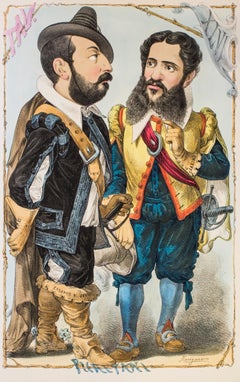