Fred Deux, illustrator, oral poet, writer and under the pseudonym Jean Douassot, author of a cult book, La Gana, was a singular artist who cannot be categorized in terms of art fashions and trends. This autodidact, born in the basement of a large house in Boulogne-Billancourt to a working-class family, constantly had to overcome, as he would say. He had to overcome the basement walls to access the life which called him and burnt inside him. Overcome the barriers between the arts, moving from drawing to the written word and from the page to the tape recorder, in the face of which he recounted stories to himself in a sort of endless reverie, constantly exploring the unknown in him. Overcoming and being overcome: gradually immersing himself in drawing, so that it was life itself which overcame him and surrendered to him. The Deux family lived in the basement of a building close to the Seine that was often flooded. These living conditions formed the biographical core around in which the artist would develop his work as a future writer and artist. In 1942, Deux worked in a factory as an electrician and night guard. In 1943, he became part of the FTP group to resist against the factory and then joined the Maquis du Doubs. In 1945, at the liberation, Deux joined the Moroccan Goumier and took part in the campaigns of Vosges, Alsace and Germany. In 1947, he returned to France and worked in an important library that belonged to the family of his wife. In 1948, he discovered Breton, Bataille, Cendrars, Peret, Sade and founded the sub-group of surrealists in Marseille and formed a link with the literary magazine of Marseille, Cahiers du Sud encountered the works of Paul Klee. He began creating his first stains with paint for bicycles and impressions (fabric and ink). At the same time, he began to take notes for what would become Les Rats, the first version of La Gana. In 1951, Deux met Cécile Reims, engraver, who became his partner. In 1954, he left the surrealist group and in 1958 published La Gana with Maurice Nadeau. In 1999, he entered the Galerie Alain Margaron, who exclusively represented him since 2001. Deux died in 2015 at age 91. 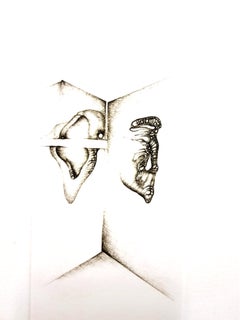 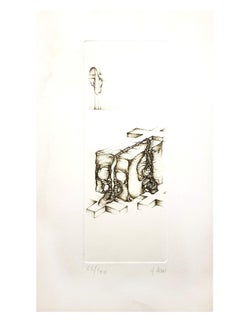 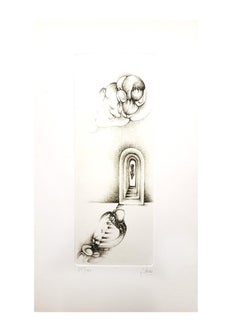 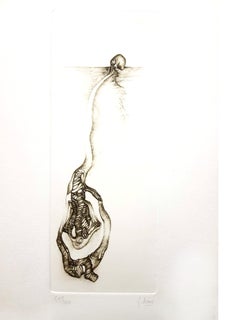 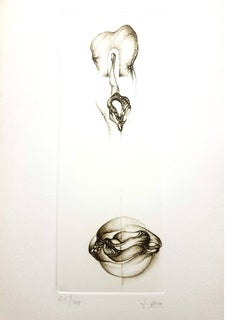