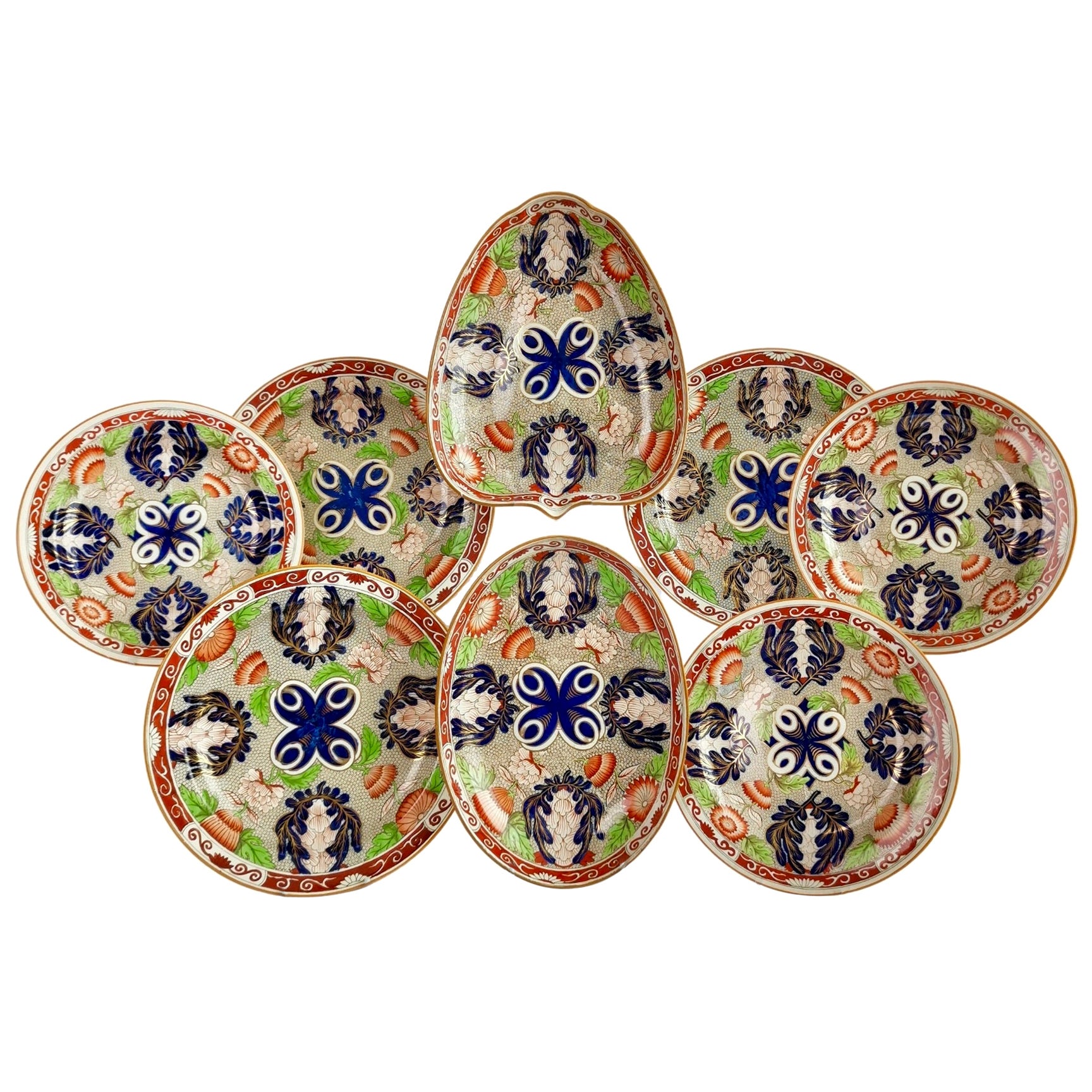 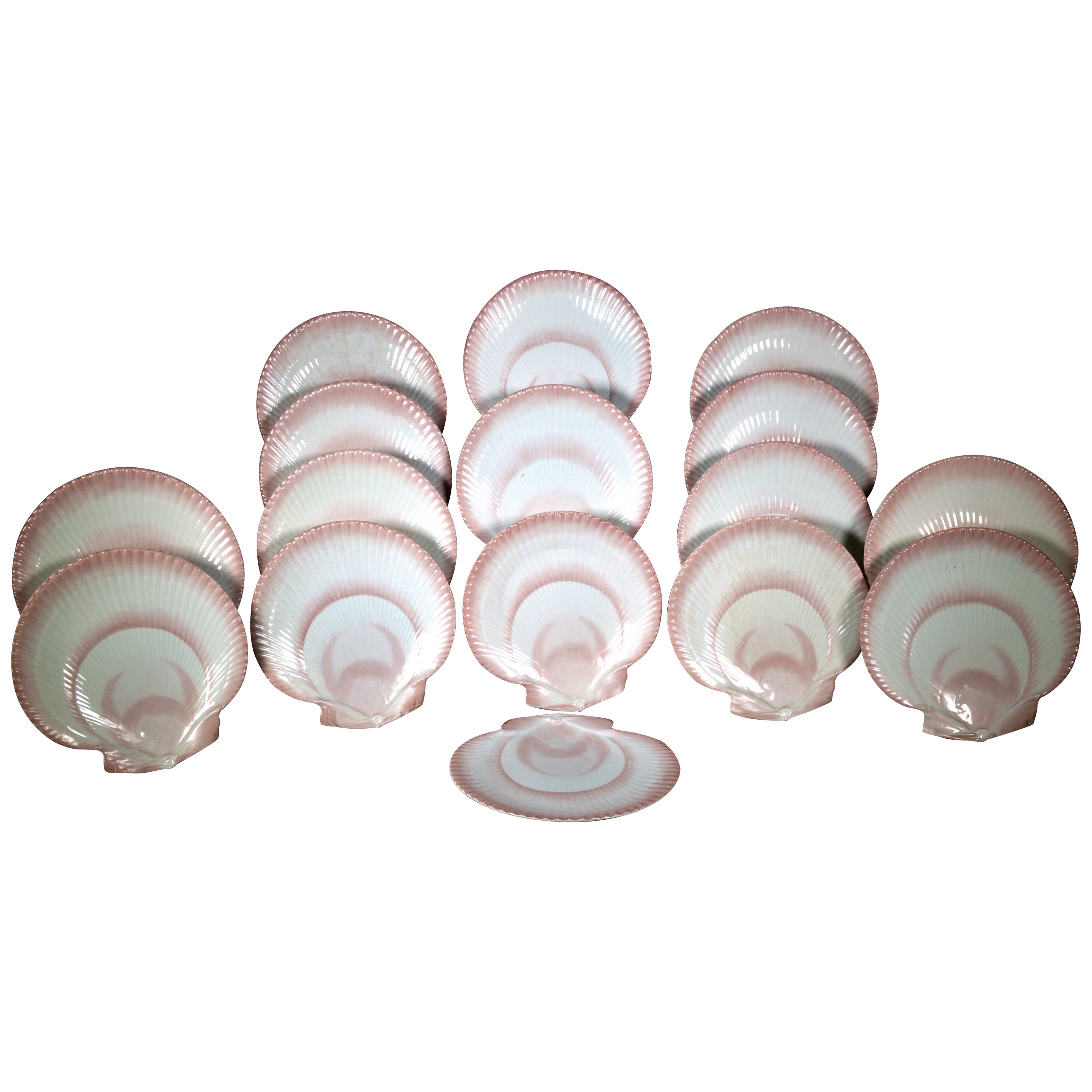 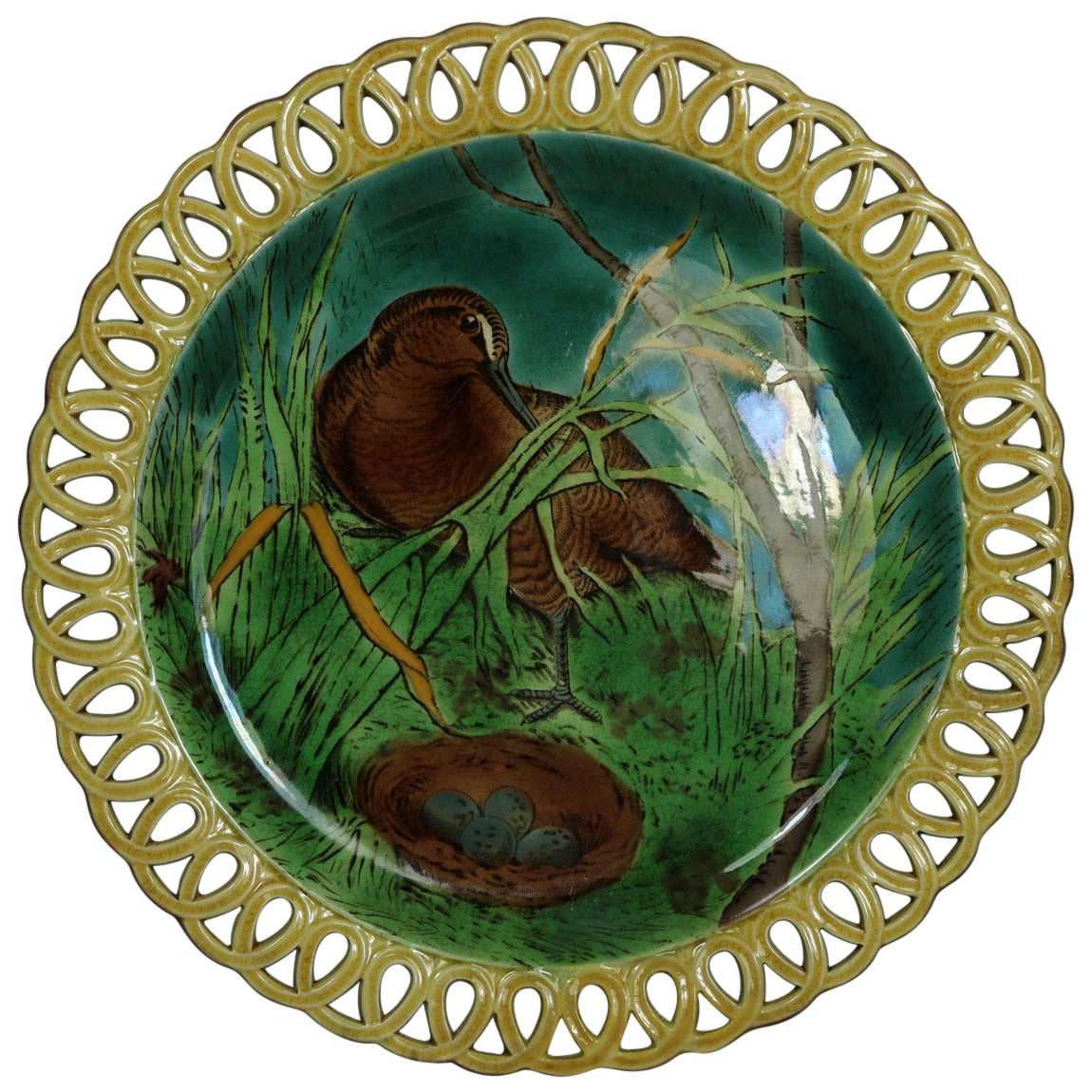 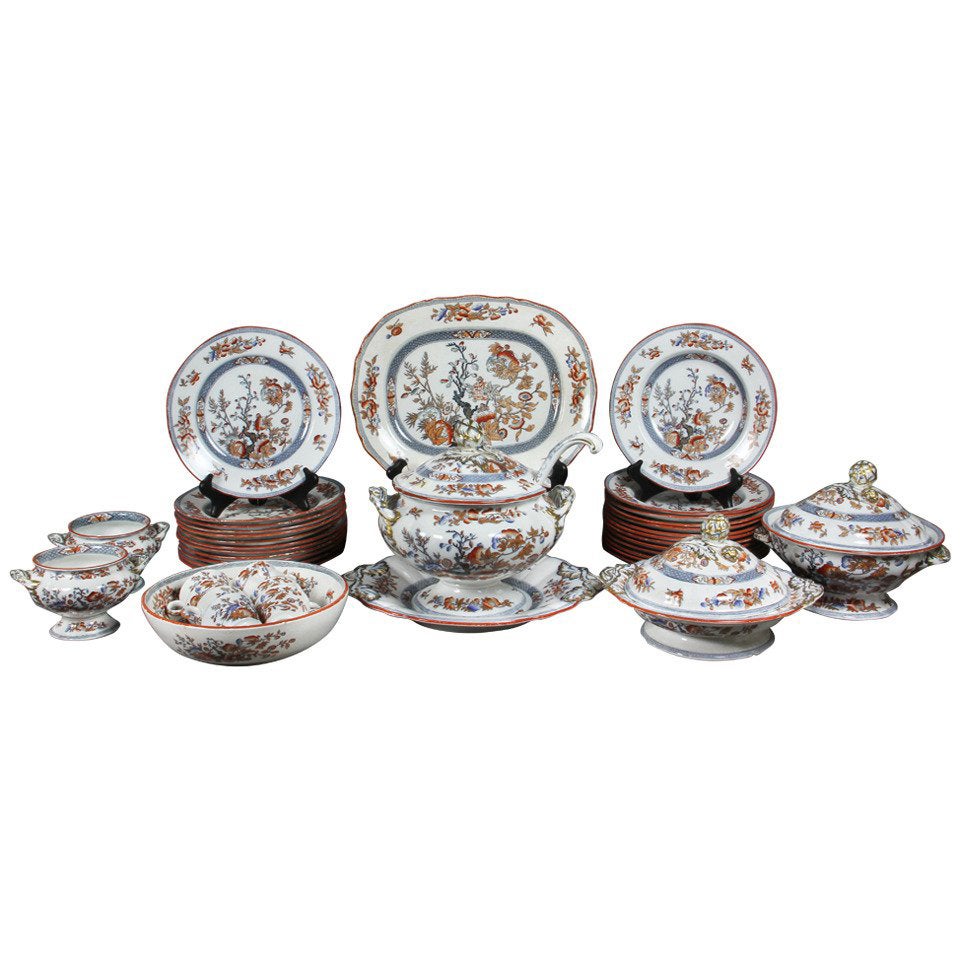 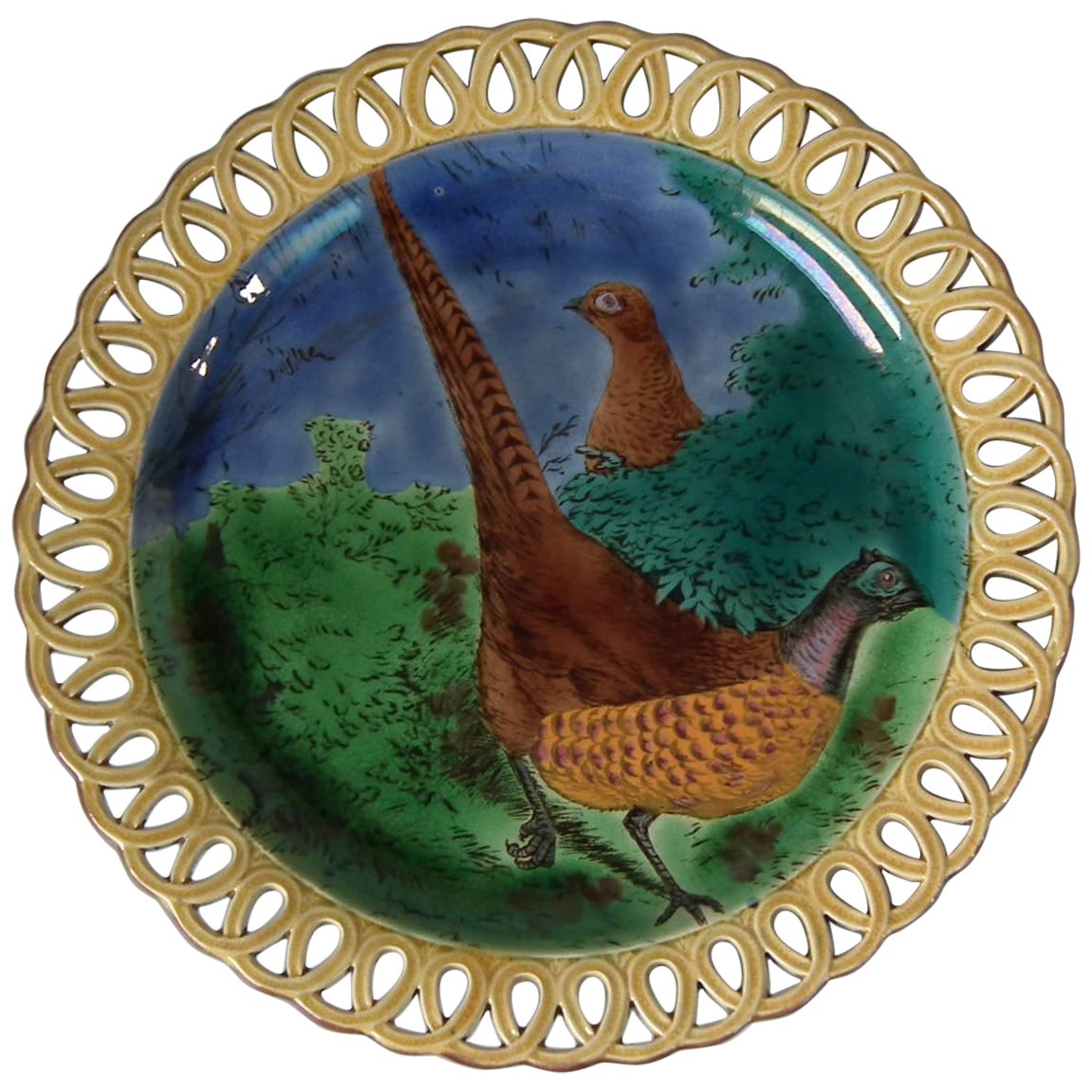 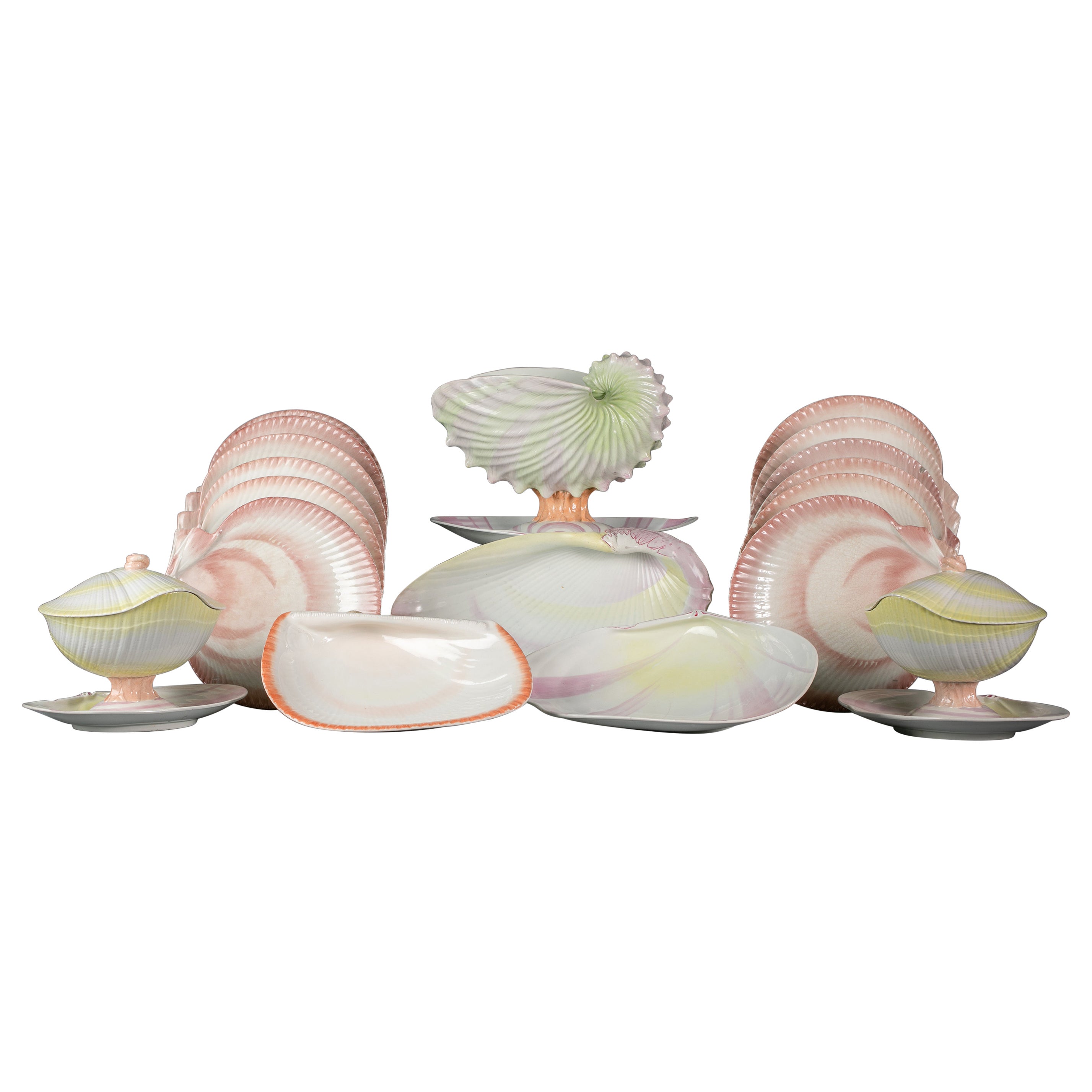 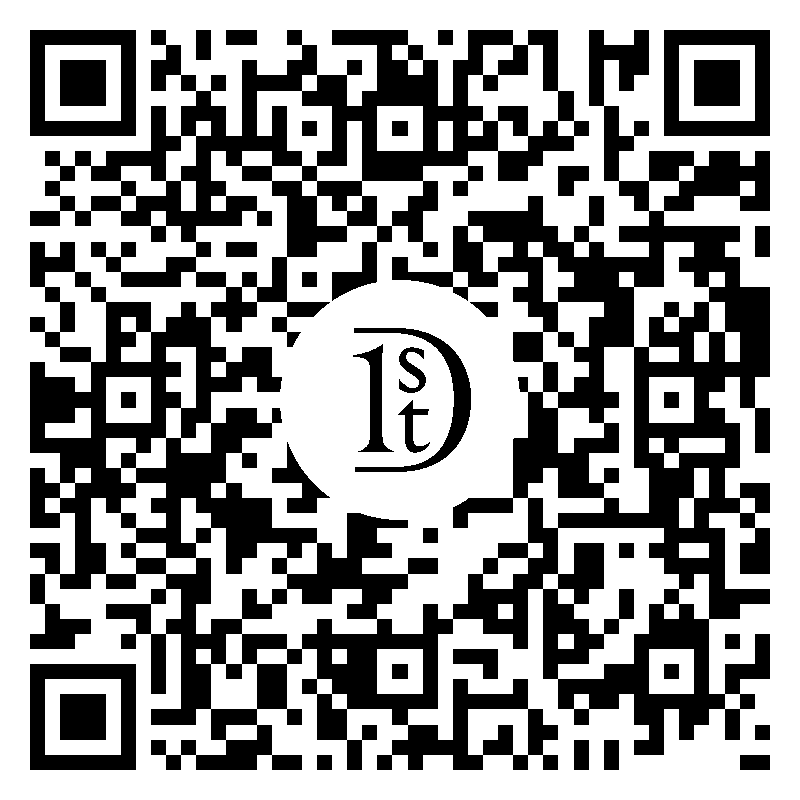 A part service in the Wedgwood "Lag and Feather" pattern. Made circa 1820, the design is based on decorations from flags of the "Palio" race, run in Siena, Italy, since 1656. It is something special. This Wedgwood service comprises: 11 dinner plates A vegetable tureen A pair of rectangular serving dishes A covered rectangular serving dish An oval platter A sauce tureen with no cover And small oval pickle dish This service will be a great treat when people start to get together again. Dimensions of the dinner plates: Diameter 10." Condition: Excellent Price: $3400.

Arguably the most celebrated of all English ceramics makers, Wedgwood was founded in 1759 by Staffordshire potter Josiah Wedgwood (1730-1795). The company is famed for its Jasperware — molded Neoclassical stoneware vases, plates and other pieces, inspired by ancient cameo glass, featuring white figures, scenes and decorative elements set in relief on a matte colored background. The best-known background hue is light blue, but Wedgwood’s iconic silhouettes also appear on green, lilac, yellow, black and even white grounds. Some pieces use three or more colors.


The Wedgwood firm first came to prominence for its tableware, which quickly gained favor in aristocratic households throughout Britain and Europe. In 1765, Wedgwood was commissioned to create a cream-colored earthenware service for Queen Charlotte, consort of King George III. The queen was so thrilled with her new china that Wedgwood was given permission to call himself “Potter to Her Majesty,” and the decorative style became known as Queen’s Ware. Not to be outdone, Catherine the Great of Russia commissioned her own set of Wedgwood china in 1773. Nearly 200 years later, the firm created a 1,200-piece service for the coronation of Queen Elizabeth II. In recent years, leading designers including Jasper Conran and Vera Wang have collaborated with Wedgwood — in the tradition of such distinguished 18th century artists such as the painter George Stubbs and metalsmith Matthew Boulton.


From plates and other dinnerware to decorative items like urns, cachepots and candlesticks, Wedgwood designs lend a traditional air to Anglophile interiors. And even if you have to make your own tea, you may find it comforting to sip it from a delicate cup that was manufactured in the same Stoke-on-Trent kiln that produced Her Majesty’s tea service. Be sure to keep your pinky raised. 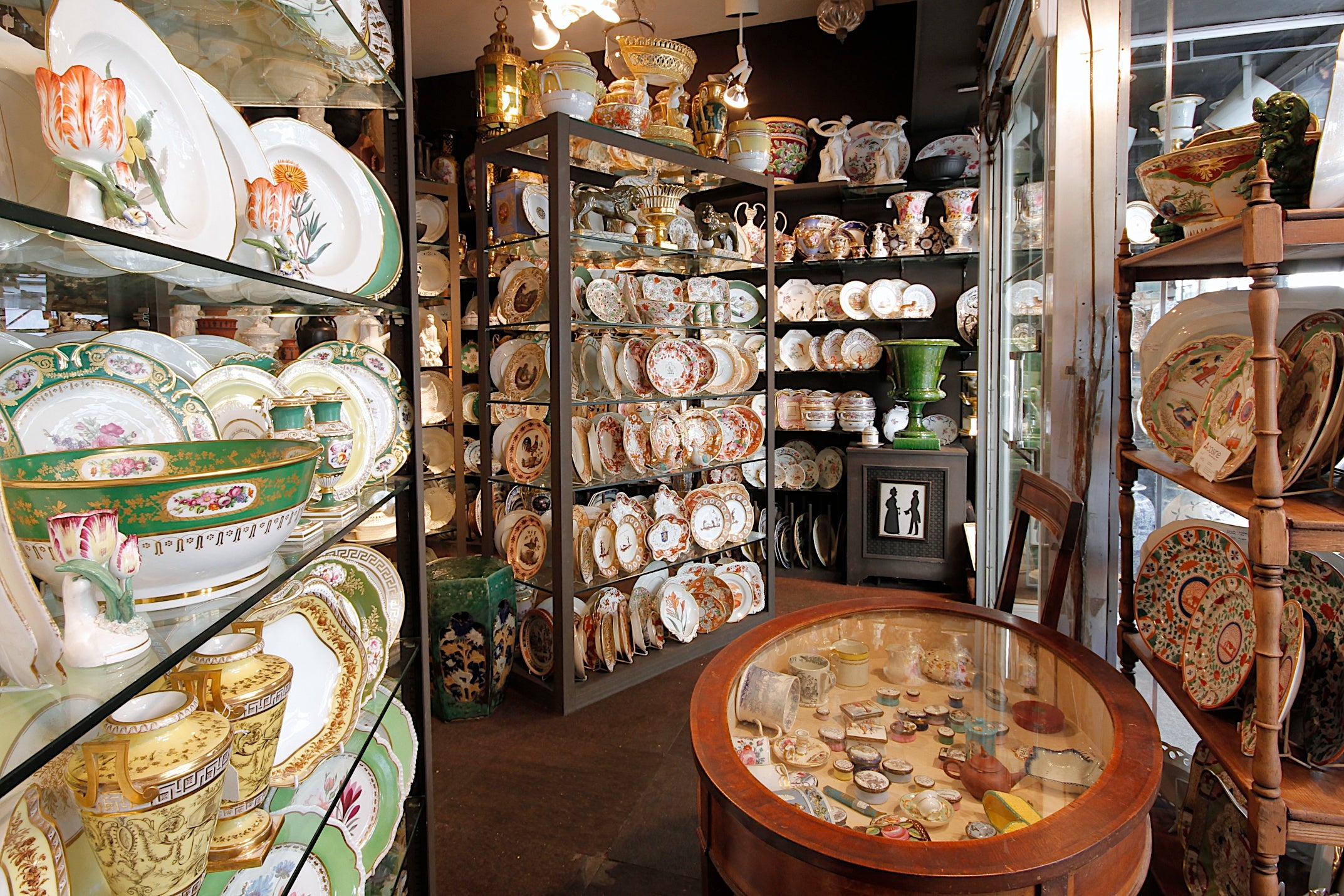 About the Seller
5 / 5
Located in Katonah, NY
Recognized Seller
These prestigious sellers are industry leaders and represent the highest echelon for item quality and design.
Platinum Seller
These expertly vetted sellers are 1stDibs' most experienced sellers and are rated highest by our customers.
Established in 1962
1stDibs seller since 2009
247 sales on 1stDibs
Typical response time: <1 hour
More From This Seller
View All From Seller

Wedgwood Pearlware Part Dessert Service, Chrysanthemum Pattern, 1810-1895
By Wedgwood
Located in London, GB
This is a beautiful part-dessert service made by Wedgwood in the 19th century; the items have been matched from two periods: circa 1810 and circa 1895. The set is potted in pearlware...
Category

$1,285
Large and Assembled Wedgwood 'Wreathed Shell' Part Dessert Service, circa 1815
By Wedgwood
Located in New York, NY
"Conchological, each shaped based on that of a real shell and enriched in shades of pink, yellow and iron red. Literature: Robin Reilly, Wedgwood Vol. II, Page 25 Fig 13 and 14. 1 Ar...
Category

$150
Thirty-One Piece Wedgwood Creamware Dinner Service, circa 1870
By Wedgwood
Located in New York, NY
Designed and decorated by the French artists Pierre Mallet and Leonce Goutard (most pieces signed) and was made for Alexandra, Princess of Wales in 1874. Comprising: Two oval vegetab...
Category