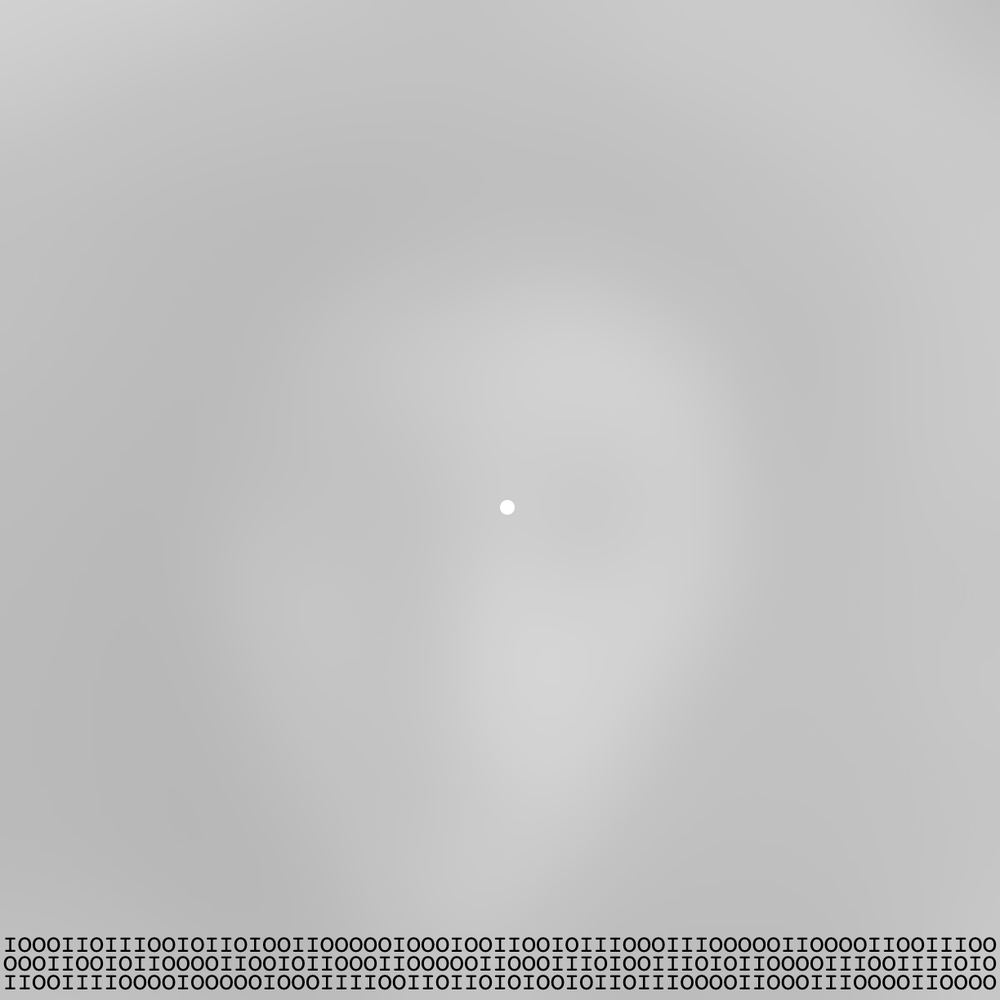 Blockchain-based art doesn’t materialize in an art historical vacuum. Entering the Metaverse is not an escape from history, but an expression of where history is headed next. In fact, the term “Metaverse” is itself historical in that it comes from Neal Stephenson’s 1992 cyberpunk novel Snow Crash just as the term that preceded it, “cyberspace,” came from William Gibson’s Neuromancer, another cyberpunk novel from 1984. And before those two fictional neologisms, the artist Nam June Paik, generally considered the main progenitor of video art and its many intermedia offspring, dropped the phrase “electronic superhighway.”

These loaded words introduced to mainstream culture by visual and literary artists have triggered the imaginations of creative entrepreneurs who not only envision future forms of commerce and currency exchange but, like the artists they align themselves with, engage in virtual world-building they believe will simultaneously democratize and monetize the generative spaces these virtual worlds produce.

The rise of the NFT phenomenon feels oddly familiar to me. In many ways, the disruptive tendencies of crypto artists and venture capitalists commandeering their presence on the blockchain is just the latest iteration of turbocharged creative destruction. But is it a pie-in-the-sky rehash of the dot.com era and its net art accompaniments? Or are we truly in the process of teleporting our economic and intellectual life into a totally immersive Web3 environment where networked forms of digital art continue to take on more and more cultural cachet?

This is not the first time we have witnessed a globally distributed network of like-minded artists circulate their artware in the open-ended electrosphere. Nor are the current NFT marketplaces the first spaces to curate and conceptualize interfaces to engage with digital art in the form of exhibitions and collections.

In 1997, the media theorist and philosopher Alex Galloway, who, at the time, was the content manager for Rhizome, and I cocurated an online exhibition of net art titled “Digital Studies: Being in Cyberspace.” The exhibition took place on the hugely popular Alt-X website and was focused on the evolution of the World Wide Web as a new medium for digital creators. The exhibition featured many emerging artists of the time including a relatively unknown creator named Kevin McCoy.

McCoy, along with his partner, Jennifer McCoy, and new-media artist Torsten Zenas Burns, exhibited a collaborative project titled maintenance / web, an experimental work of multimedia hypertext that pushed the boundaries of what was possible given the slow modems we were all forced to use back then. The work features animated GIFs, looping soundtracks and a nonlinear linking strategy that allows the visitor to choose how they wish to navigate the narrative space the artists present us with.

Of course, McCoy has since become a prolific pre-blockchain digital artist and is now internationally recognized as having created the first-ever NFT artwork, Quantum, a stunning animated loop that recently sold at auction at Sotheby’s for $1.472 million. Quantum, released in 2014, anticipates the short, visually stimulating and thought-provoking animation art that drives much of the current NFT art scene. Meanwhile, McCoy’s earlier net artwork that Galloway and I curated 25 years ago is still available for free online and looks and feels like a trip back in net time. Or maybe I should say nettime.

For many of us who were then immersed in the glory days of the utopian ’90s net art scene, the goal was to keep making new digital art and release it in real time while simultaneously engaging in community building and collective self-critique.

We found ourselves engaged in the critical dialogue provided by nettime, an online email list that included an international network of artists, critics, cultural producers and other misfit provocateurs who regularly engaged in threaded conversation about the significance of the World Wide Web as a network distributed environment for new forms of art and communication.

As the nettime website declares, the project “is not just a mailing list but an effort to formulate an international, networked discourse that neither promotes a dominant euphoria (to sell products) nor continues the cynical pessimism spread by journalists and intellectuals in the ‘old’ media who generalize about ‘new’ media with no clear understanding of their communication aspects.” My how times have changed.

If euphoria was to be found anywhere in the net art ’90s, it was in the sudden emergence of relatively unknown artists who instantly saw the Web as the perfect medium to transmit their conceptually driven digital artworks. The instantaneous feedback we would receive in our email boxes and hand-built websites was intoxicating, as were all the parties we attended at international media festivals that championed our arrival as the next hot commodity in contemporary art.

Having said that, the idea of actually selling our net art in any file format was almost nonexistent 25 years ago, and the artists who were gaining international reputations on the Web had other measures of success. As net artists Nathalie Bookchin and Alexei Shulgin wrote in their “Introduction to net.art (1994–1999)” manifesto, the success indicators for the OG wave of net artists were

In those days, having a fast modem was essential and email was its own form of currency. The continuous invitations to major festivals around the world were a bonus. These festivals were where net artists, their champions, their fans and their sponsors would congregate and keep making the scene. Making the scene was the same as making art history in real time.

Money was number 9 on the list above because there was very little of it to be made. Who would want to buy art that you could interact with on the Web for free? Only a few of us were able to convince adventurous institutional and private collectors to pay for digital files with actual cash. We were the lucky ones.

After one international festival event ended, another one would begin, and, truth be told, there were so many of them across so many different time zones that time itself became a blur. Whenever there was a lull, and that was rare, all the net artists eventually made it back to their home studios where, computers blazing, they harvested their next crop of digital artwork.

Fast-forward to 2021 and now we have fifth- or sixth-generation net artists, aka NFT artists, featured at big-money events like NFT.NYC and art fairs like Art Basel Miami. Are the parties really any better now than they were then? At some point we may have to compare notes. The big difference between then and now is cryptocurrency. There can be no question that the critical discourse associated with an influential ’90s site like nettime has given way to what we might now term “nfttime,” a moment in art history where the long overdue financialization of net art facilitated by a network of blockchain platforms makes it fashionable for digital artworks to freely circulate their potential meme-like aura as a form of aesthetic currency.

This aesthetic currency is captured on a digital ledger where owners can trace the NFT’s provenance in perpetuity. Will the NFT outlive the artist? Can digital artists finally rest in peace?

This exhibition at 1stDibs is titled “nfttime” as a contrastive attempt to reimagine the NFT moment as a continuation of the net art historical record. That is to say, for those of us who still feel obligated to position ourselves as caretakers of digital art history, it may still be early enough to strategically situate one of the first NFT exhibitions within the historical trajectory of the net art scene it grows out of.

The exhibition features some of my favorite artists of the OG net art tribe: figures like Joan Heemskerk of jodi.org, the artist duo MTAA and John Simon Jr., who I was fortunate enough to meet when we were two of the the first net artists to be included in the Whitney Museum of American Art’s Biennial Exhibition. Exciting as it is to be featuring these net vets in this collection, it’s equally exhilarating to pair these artists with a posse of next-gen digital artists whose careers I have been following and whose artwork seems aligned with the energy of the ’90s net art.

In this exhibition you will have a chance to view the work of Rick Silva, Katie Torn, Sophie Kahn, Yoshi Sodeoka, LaJuné McMillian and Michael Theodore. In addition, Carla Gannis is a pivotal figure in that she has always found ways to experiment with the technology of her time while maintaining an allegiance to her background as a painter.

I resist referring to another of the artists, Anne Spalter, as an NFT artist. It’s true her recent artworks made with generative adversarial networks are gaining wide visibility in the crypto space, but her prolific career as a digital artist and teacher has influenced generations of computer artists. Her 1999 textbook, The Computer in the Visual Arts, was ahead of its time and is taught in digital art courses around the world.

My gratitude goes out to all of the artists for participating in this exhibition as well as to 1stDibs for hosting. Individually and collectively, these artists exhibit the diversity of styles and media of our nfttime.