What Is NFT Art? A Collector’s Guide to Non-Fungible Tokens

What exactly are NFTs? We answer common questions about the cryptoart that’s taking the world by storm.
by 1stDibs Editors
Pin
Share
Tweet
Email

If you follow the art scene or simply read news headlines, you have likely heard of non-fungible tokens. NFTs have been the talk of the art world, because of their recent explosion on the market. They have generated billions of dollars in sales in 2021 alone — one example sold at auction in March for $69.3 million.

With that sort of money at stake, it’s no surprise that long-established auction houses, blue-chip galleries and internationally admired creators from the “traditional” art world are venturing into the NFT universe. As they revolutionize the way we sell, buy and collect digital art, NFTs are sparking spirited discussions about digital scarcity and ownership — indeed, the very notion of what constitutes an artwork.

As 1stDibs launches its own NFT art platform — with thoughtfully curated auctions premiering every two weeks — we thought it was time to take a deep dive into the history, technology and philosophical intentions behind this 21st-century art revolution.

In this guide, we define NFTs, inquire about artists’ thoughts on the NFT landscape and answer commonly asked questions concerning this relatively new category. To place the current movement in a historical context, we also present a digital-art time line and track the recent emergence of cryptoart.

NFT stands for “non-fungible token.” “Non-fungible” means that the item described is unique and cannot be replicated or subdivided. However, some NFTs are now being fractionalized, which means they can be co-owned by multiple collectors.

Oil is a fungible asset, because a barrel of crude from Saudi Arabia is equivalent to and can be exchanged for one from Venezuela.

In contrast, oil paintings are non-fungible, because they cannot be traded like for like. An NFT is a digital certificate or signature of authenticity, representing a one-of-a-kind digital asset that, like an oil painting, can be bought, sold and collected.

You can make copies of a digital image but not of the NFT. So, if you have an NFT of a JPEG, the image can be replicated, but the unique token cannot. Owning the token is similar to owning a painting: You can make prints or photographs of the work, but only one person possesses the original. That said, owners of NFTs are not allowed to make derivatives of the underlying image, since they don’t own the rights to it.

Digital-Art Time Line and the Rise of NFTs

Although many people have become aware of NFTs for the first time because of the excitement currently surrounding them, the tokens have actually been around for several years. And digital art, of course, has been evolving for decades. Here, we trace the major events in the development of digital art and NFTs.

How do NFTs Work?

NFTs are powered by blockchain technology. A blockchain is a secure digital ledger that tracks the transactions involving and ownership of an NFT or a cryptocurrency. Most NFTs are part of the Ethereum blockchain.

“The magic that makes NFTs possible is, of course, the unfalsifiable and unalterable record of provenance that blockchain technology provides, allowing collectors to verify whether a given work originates from an established cryptoartist’s publicly listed wallet address,” says Hungarian digital artist Daïm Aggott-Hönsch. “Counterintuitively, this makes digital art more verifiable and less prone to successful forging than traditional physical art.”

What Can Be an NFT?

In the art space, NFTs are commonly associated with digital artworks. However, one can technically create, or “mint,” an NFT from anything, from the tangible to the intangible. Some examples include:

Individuals and companies are finding increasingly creative ways to make money from these tokens. For example, Twitter CEO Jack Dorsey sold his first tweet as an NFT for nearly $3 million, and the NBA is marketing sports-highlight NFTs, known as Top Shots, with one featuring LeBron James earning almost $400,000 at auction this past April. A GIF of the Nyan Cat meme, popularized in 2011, recently sold for nearly $600,000.

“In another 5 to 10 years, NFTs and crypto will be as commonly used and mundane — even among the less technologically savvy — as the Internet is today. And our smartphones will come with support for all the most common blockchains right out of the box,” Aggott-Hönsch predicts. “Our children will grow into crypto-native-hood regardless of whether national education systems are smart enough to teach the subject.”

The NFT space is drawing in both creators and collectors for good reason. We cover the main advantages below.

NFTs produce scarcity around digital artworks, which enables their creators to monetize their pieces as traditional artists do. They can even establish royalties that allow them to collect commissions from not just the initial sale of their work but the resales as well. So, they can continue to profit from their art for years to come.

“As it stands currently, some of the potential advantages include more open communities, a new collector base, utilizing blockchain technologies for provenance and history of works, transparency of ownership and financial growth that is not tied to anyone else but the work,” says Shantell Martin, an artist who’s known for creating large-scale drawings in front of audiences and who recently released several animated NFTs.

NFT technology “allows artists and content creators to retain their full copyright, which is uncommon in most licensing agreements,” adds cryptoartist and fashion photographer Mahima Chaudhury, also known as mvhvma. “It means we artists are still able to generate revenue without giving up our copyrights.”

It also leads to a deeper, more direct communication between creator and collector.

“Prior to joining the NFT art scene, I had made a handful of sales, but I never once spoke to any of my collectors and had only the most limited understanding of who they were and why my art resonated with them,” Aggott-Hönsch says. “In contrast, through the cryptoart Twitter community, I have cultivated connections and even friendships with a myriad of collectors — several of them notable, wealthy and international — with whom my path could not have realistically crossed through low- to mid-level involvement in the traditional art world. And via those connections, I and my work regularly find new opportunities and receive further exposure to new high-caliber collectors, curators and other participants and stakeholders on the scene.”

Benefits of NFTs for Buyers and Collectors

Like the buyer of a Monet, the purchaser of an NFT possesses the original work — but with the added benefit of a built-in verification of ownership. An NFT can offer an opportunity to own a rare digital asset or represent an investment that can be resold for a profit. “NFTs provide a way of creating verifiable relationships between artists and collectors. They enable individuals to form a unique bond that is traceable through their artwork,” Chaudhury explains.

“The collectors of NFTs are a rather fine breed of risk-averse, digitally native futurists who are drawn to integrity and originality,” says virtual-reality artist Lee Mason, who works under the name Metageist. “You’re rewarded for being unabashedly yourself in this space. You can really express your weirdest ideas and find people who connect with them.”

NFTs are also a way to financially support artists you admire. “As an artist, you can monetize your work for whatever you think it’s worth, and a collector can think it’s worth more and bid above the asking price. You set your own values,” Chaudhury says.

Perhaps the most famous NFT creator is Mike Winkelmann, also known as Beeple. In March 2021, his collage of 5,000 digital drawings created over as many days, Everydays: the First 5000 Days, brought $69.3 million at auction. It became the most expensive digital artwork ever sold and propelled Beeple to the rank of third-highest-earning living artist in the world.

CryptoPunks are a group of 10,000 pixilated NFT avatars depicting people, aliens, apes and zombies, created in 2017 by Matt Hall and John Watkinson, of Larva Labs. Initially given away for free, even the most common punks now sell for tens of thousands of dollars. And a set of nine recently fetched $16.9 million at Christie’s. According to the Larva Labs website, the lifetime total value of all sales of CryptoPunks is just shy of $1 billion.

Pak is another big name in the NFT space. The anonymous artist’s Fungible Collection — consisting of a series of digital cubes, priced $500 to $1,500, for which buyers received a number of NFTs based on how many cubes they owned — examined the concepts of scarcity and ownership. It earned nearly $17 million at auction.

“I decided to make NFTs the moment I noticed someone had sold a virtual-reality artwork to a private collector. This blew my mind,” he recalls. “After a few years of trying to monetize my VR-art skills via workshops, et cetera, I was starting to lose all hope. There wasn’t a market for animated, immersive, digital-video loops. Then COVID hit, and my gigs were canceled, so I doubled down on learning about NFTs, and it was the best decision.”

Increasingly, blue-chip artists from the traditional art world are entering the NFT realm, including Jenny Holzer, Damien Hirst, Urs Fischer and Tom Sachs. These big names join such mid-career creators as Shantell Martin and digital-art natives who straddle the physical and virtual art worlds, like Lucas Aguirre, to form a robust and fast-changing NFT art market.

“NFTs in art, through both exceptional historic sales and an ever-growing volume of more modest ones, are changing the lives of artists every single day,” says Aggott-Hönsch. “For some of us, they have simply increased our financial security amidst uncertain times and allowed us to begin to turn our long-standing passions into our primary source of income. For others, that support produced a far more dramatic impact, allowing people to take control of their lives in ways that would not have otherwise been possible. And for a smaller but ever-growing number of artists, cryptoart turned them into international superstars increasingly on financial and impact parity with the leading contemporary artists of our time.”

Can Anyone Create NFT Art?

Yes, with a digital wallet and cryptocurrency at their disposal, anyone can mint an NFT using one of a number of platforms. Usually, the creator must pay a “gas” fee — basically, a charge for processing.

What Do You Do with an NFT?

After being purchased, an NFT can be resold on a secondary market, where collectors can continue to buy and sell it. Some collectors, including the anonymous buyer of Beeple’s Everydays: the First 5000 Days, plan to display the NFT works they own in virtual-reality museums in the digital “metaverse.”

What Do NFTs Mean for the Art World?

NFTs are making a huge splash in the art world and the cryptocurrency space and will certainly have a lasting impact on both. Physical galleries, museums and auction houses will need to step up their technological capabilities, including in virtual reality, to bring NFTs into their spaces in meaningful ways.

“Unless the real-world exhibitions and events make full use of the dynamic nature and creative potential of NFTs, they won’t be able to compete with the events in the metaverse,” says Mason. Nevertheless, he adds, “I feel like NFTs have a way to go to truly disrupt the art world.”

Although it’s difficult to see what the future holds, right now NFTs are a developing field full of opportunities for creators and collectors alike. 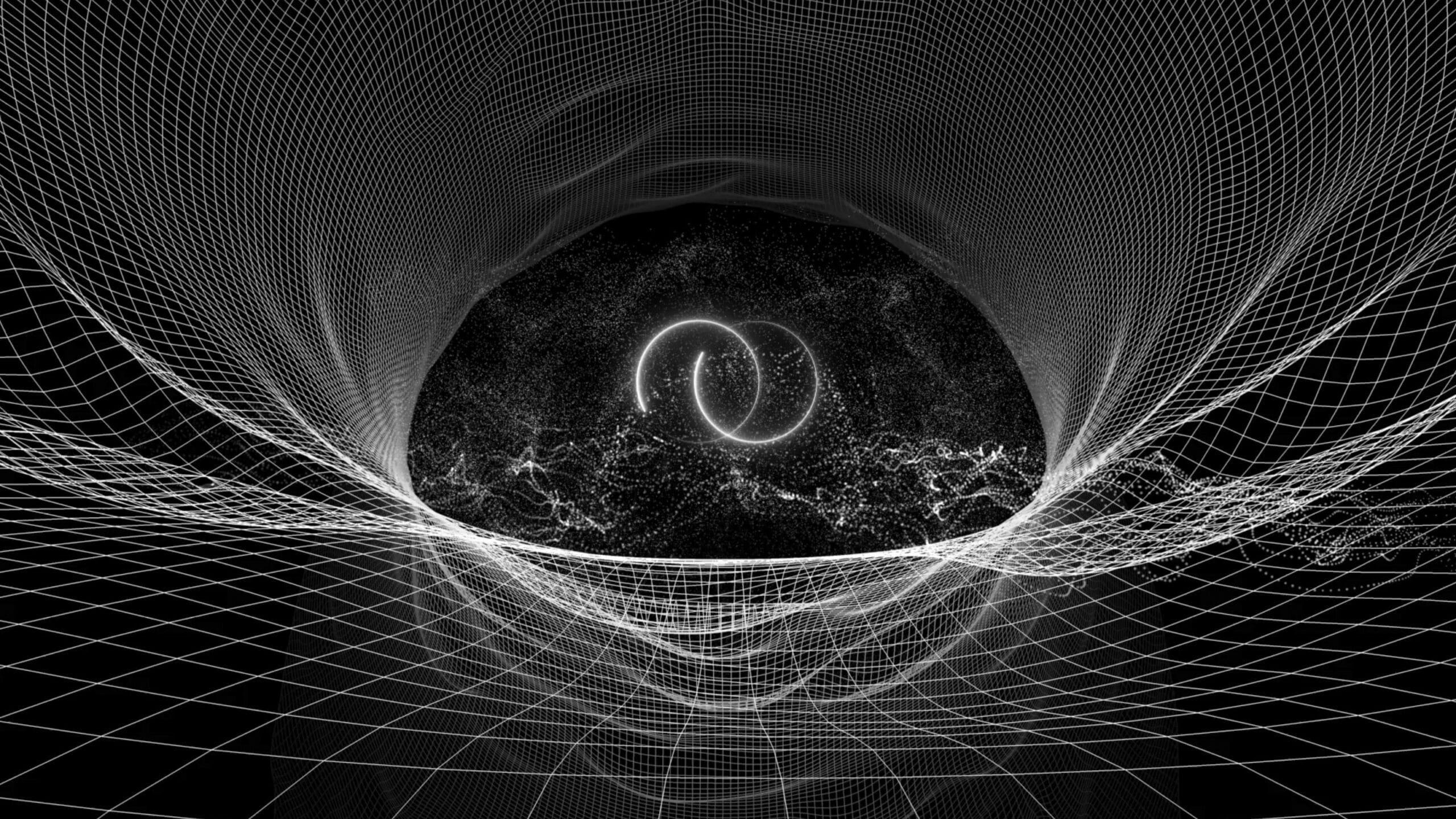