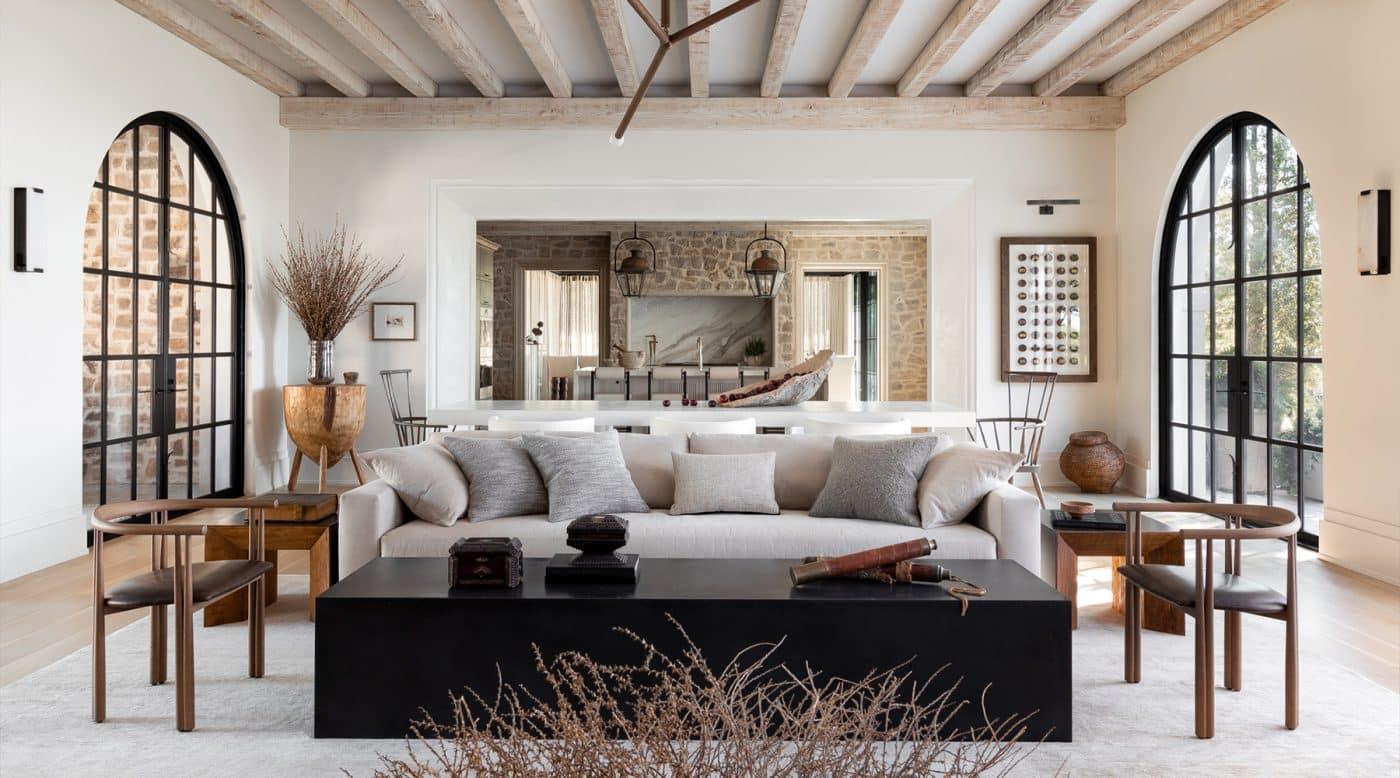 The self-taught Memphis, Tennessee–based talent creates interiors as urbane as they are unexpected.

August 29, 2021Sean Anderson grew up in the same town as Elvis Presley — Tupelo, Mississippi — but their styles couldn’t be more different. Anderson’s house in Memphis, where he runs a burgeoning interior design firm, is moody, cerebral and compact, unlike a certain other house in Memphis.

But as urbane as his work is, Anderson hasn’t cut his ties to Mississippi. He was raised in a tight-knit family, with a mother who, he says, “fostered my artistic expression.” Still, for many years he was unsure what form that artistic expression would take. He dropped out of college, moved to Memphis and worked, variously, as a bartender, a janitor and a house painter for most of his 20s. “It was in my early thirties that I decided to give my passion for design a shot,” he says.

His partner at the time encouraged him to apply his creativity to their own home, which he tackled room by room over a period of about five years. “The house was devoid of any real decorative features, which allowed me the opportunity to explore my own personal aesthetic,” he says, adding that the project helped him “figure out my style, to see what worked for me.” The results intrigued his friends, who started asking for design advice.

After he founded Sean Anderson Design, in 2013, one of those friends, a local massage therapist, asked him to redo his modest, 100-year-old bungalow. There, Anderson started with the bedroom, painting its walls and ceiling gray and deploying eccentric accessories, like miniature antlers and an old first-aid kit. (The friend had asked for dark, not cheerful.)

A photographer he was working with submitted the project to Architectural Digest, which published it online (a coup for someone who never studied design, or even worked for a design firm), and Anderson’s career took off. Now 39, he has had interiors featured in every major design magazine and is busy hiring people to help with a flood of new commissions — including houses in New York and California. “It’s been a wild ride, to say the least,” he says. “I wake up every day and pinch myself.”

So what is it about Anderson’s work that has made him so popular? The short answer is that his rooms don’t look like anybody else’s. Like many designers, he tends to stick to neutrals (“Rust is my accent color”), and like many designers, he mixes old and new, light and dark, thick and thin, rough and smooth. But he isn’t afraid to take those contrasts to extremes. Who else paints a room’s ceilings glossy black and walls matte white? Or uses old weapons, including a kind of mace known as a morning star, as objets d’art? He has a storage space full of items he finds at flea markets or on 1stDibs, the more unusual, the better. “I gravitate toward anything I haven’t seen before,” he says. Having had no education in design, he says, “I don’t even know what rules I might be breaking.”

Back in Tupelo, most people’s houses “seemed too feminine to me,” he says, attempting to explain why his own designs skew rough and masculine. Growing up on a farm with no close neighbors, Sean and his two sisters spent most of their time outside, where they built forts from found materials, or in their father’s barn, playing with old appliance parts, building materials and farm equipment. “I grew up loving all the rusty stuff, a lot of things other people might see as trash. That’s what I bring to the table that feels different.”

In 2019,  a couple in Vestavia Hills, Alabama, asked Anderson to create the interiors of what he calls “a modern rustic villa” designed by architect Tom Adams. The wife wanted bright, white rooms; the husband preferred a more natural, outdoorsy look. Anderson took both spouses seriously. “I listened to everything they said, I looked at what they wore, I studied what they were about. And then I brought both of their sensibilities together.”

Among his moves was bringing materials from the outside of the house inside, to roughen things up a bit. The wall over the kitchen stove, for instance, is covered in the same river stone as much of the building’s exterior, but with a light wash over it. The white marble island is sleek but architecturally scaled. The antique French lanterns over the island (bought from Antiques on Old Plank Road) have a perfect patina  — “Every time I show the kitchen on Instagram, people want to know where they can get them,” he says. The kitchen cabinets are streamlined, while Anderson’s design for the polished-concrete dining table is almost Flintstonian in its thickness (“It took about a dozen guys to get it in there”). And anything chunky looks even chunkier next to the spindle chairs by the British designer Matthew Hilton.

In the living room, the walls are white, the floors are light-stained oak, and the draperies are sheer and beige. The upholstered pieces — a Verellen sofa and Lee Industry swivel chairs — are sophisticated enough for a Manhattan penthouse. Advantage wife. But there are plenty of coarser items to please the husband, starting with the custom butcher-block-like corner table.

Did the clients bring anything of their own to the mix? “They tried,” Anderson quips. (In fact, the tramp art boxes on the coffee table and the moose head hanging near the entry are from the couple’s last house.)

But if the interiors don’t have much of the couple’s stuff, they do have something more important: their personalities. Anderson finishes most jobs with an intensive weeklong installation during which the clients stay away. Then, there’s the reveal. When the husband walked in, “he teared up,” Anderson recalls. “It was a brand new house, but he and his wife both said they already felt like they had lived in it forever.”

Anderson’s own home, which he shares with his partner, is no less meaningful. It’s the bungalow that had belonged to his massage therapist friend. The friend died unexpectedly of cancer. (His family let Anderson buy it.)

He didn’t try to make it cheerful. With black ceilings and furnishing like a coffee table of beaten-up, worn wood, “it’s dark and moody,” he says. “Just the way I like it.”

In Anderson’s view, a small place doesn’t have to have small furniture. The coffee table in the living room is so big that he and his friends sometimes sit on the floor and use it as a dining table. The other anchors are an Art Deco–ish sofa and a leather chaise. Anderson designed both of the precisely detailed pieces and had them made by Alabama artisan Grant Trick. Decorative objects include arrowheads found on the family farm in Tupelo and aspirin boxes from the 1950s. There’s also a slightly chilling sculpture made of parts of dead rock doves and mallards (all found items, Anderson points out) by Atlanta artist Blake Weeks.

Some clients come to Anderson for glamour. He was asked to revamp the family room of a large, historic house in Memphis. The wife wanted to give it “a cool, sexy vibe,” says Anderson, adding, “We really went for it.” (Along the way, the client became his friend and now works as one of his design assistants.) He swathed the room in textured dark gray wallpaper and created a “statement fireplace” of leather-finish marble. For relief from the dark palette, he was willing to go as far as beige.

Then there’s the antique commode bought on 1stDibs. “Against the dark background, it really pops,” Anderson says. The high-back upholstered pieces from Hickory Chair and the Apparatus sconces over the fireplace play with proportion. The spectacular brass andirons were passed down from the husband’s family. The couple already owned the kimono-like artwork. It and the curtain behind it slide away to reveal a TV.

Earlier this year, Anderson was asked to design a bridal salon in Memphis. He was surprised, he says, “but my work resonates differently with different people.” He plans to make the place “soft and ethereal” without avoiding the sharp contrasts that allow his interiors to practically vibrate. He believes he can pull it off. “I struggled early on with self-doubt,” he says, “but it’s dissipating more and more as I keep doing what feels natural to me.” 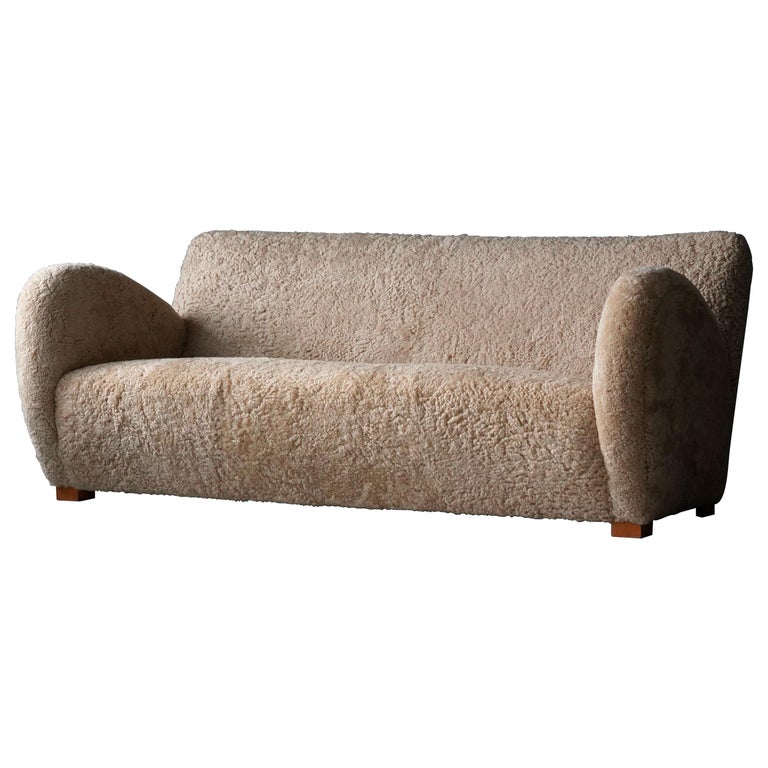 “I love the lines and texture of this piece.” 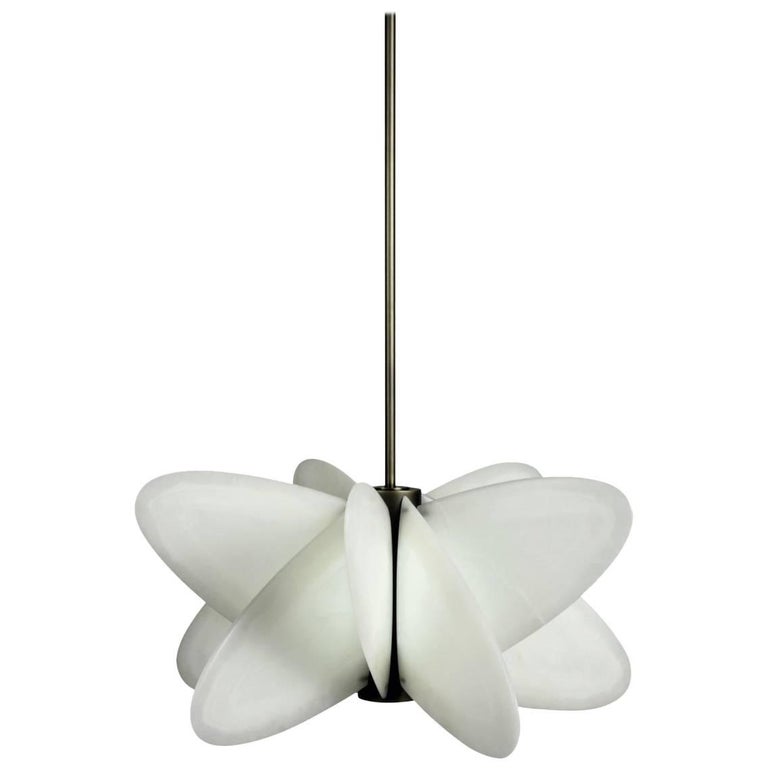 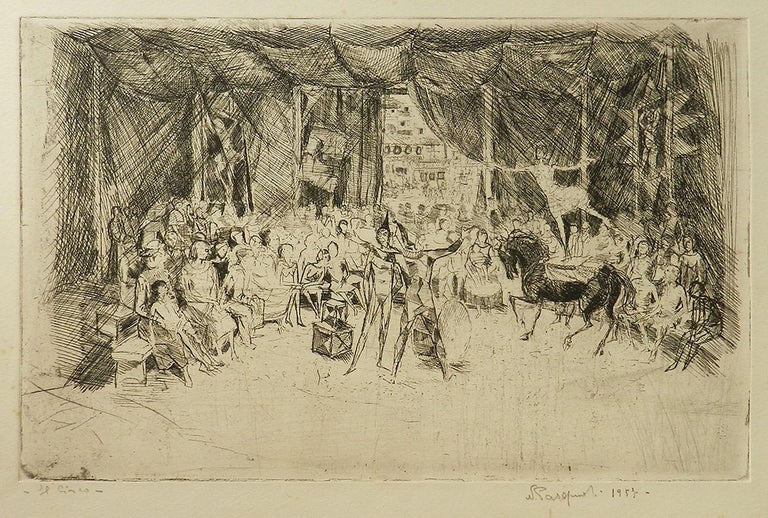 “There’s something about the unstructured nature of an etching I find appealing.” 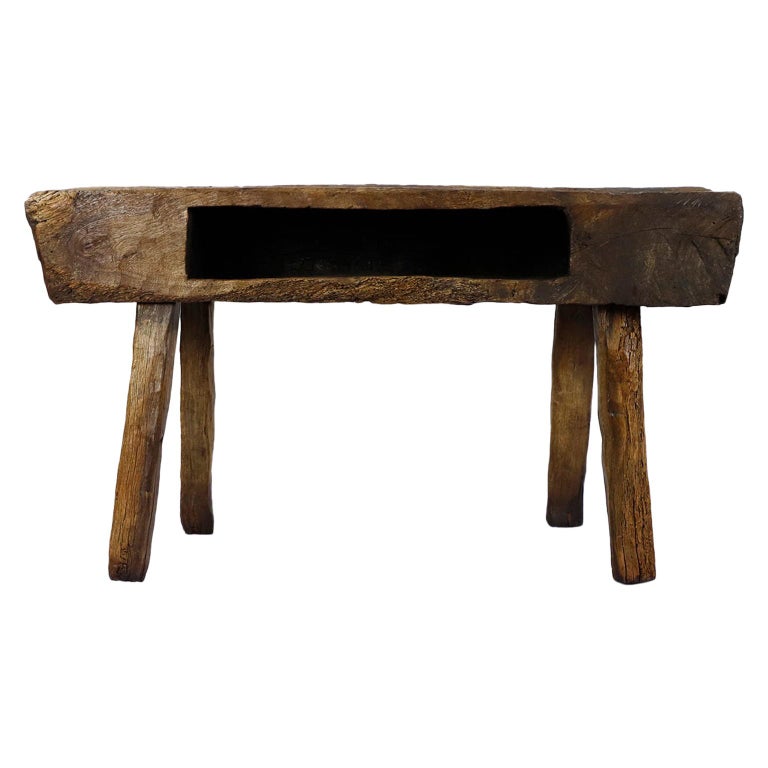 “I gravitate toward pieces with a story. This table has lived several lives.” 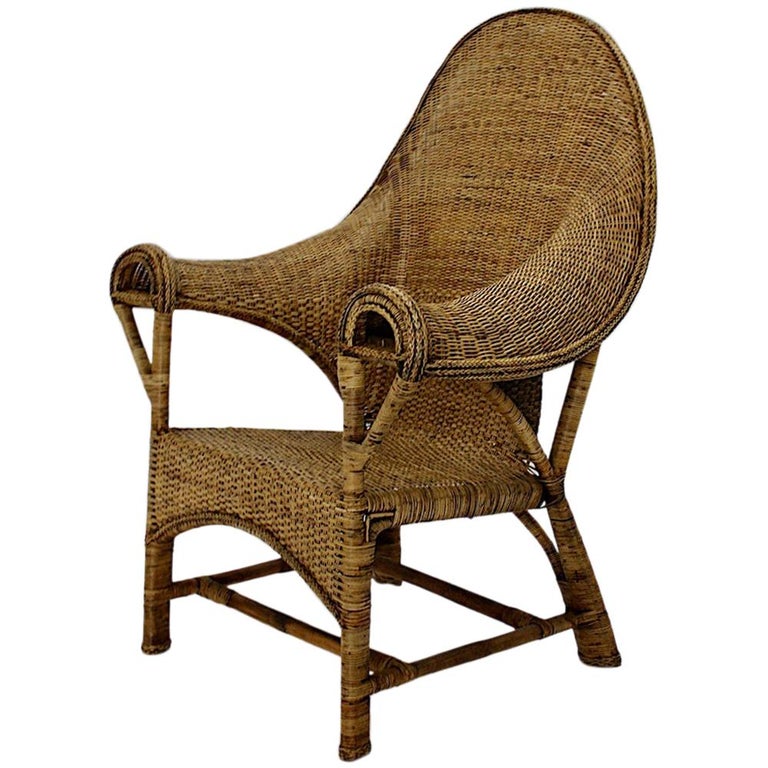 “Rattan is classic — I love seeing it applied in unconventional ways.” 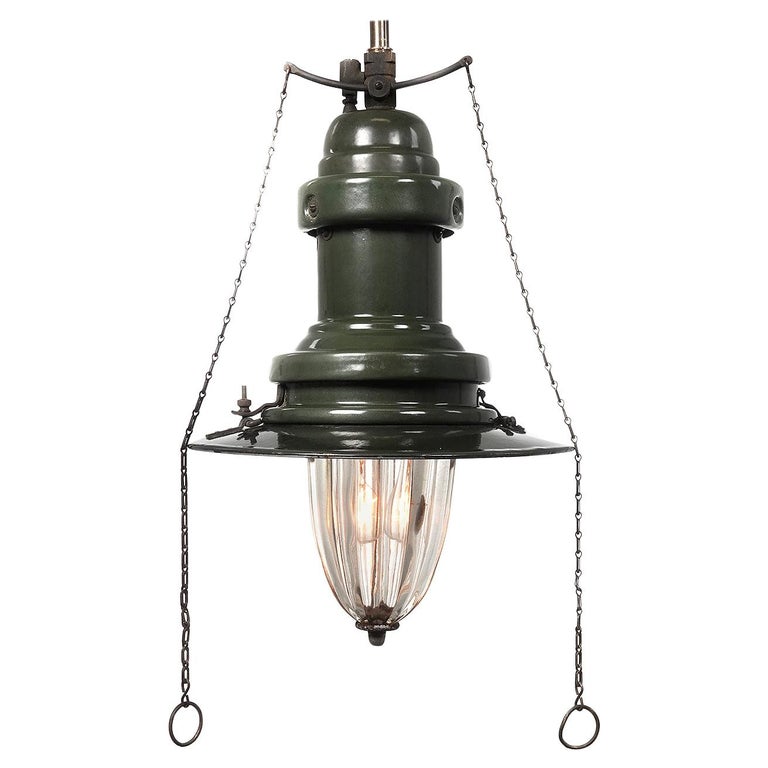 “Anything classically industrial speaks to me.” 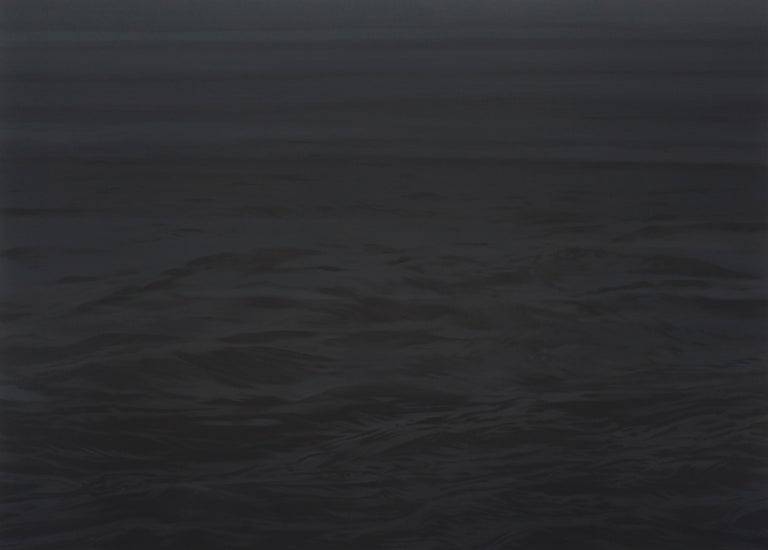 “This piece has beautiful depth and texture and would be a welcome addition to most any space.” 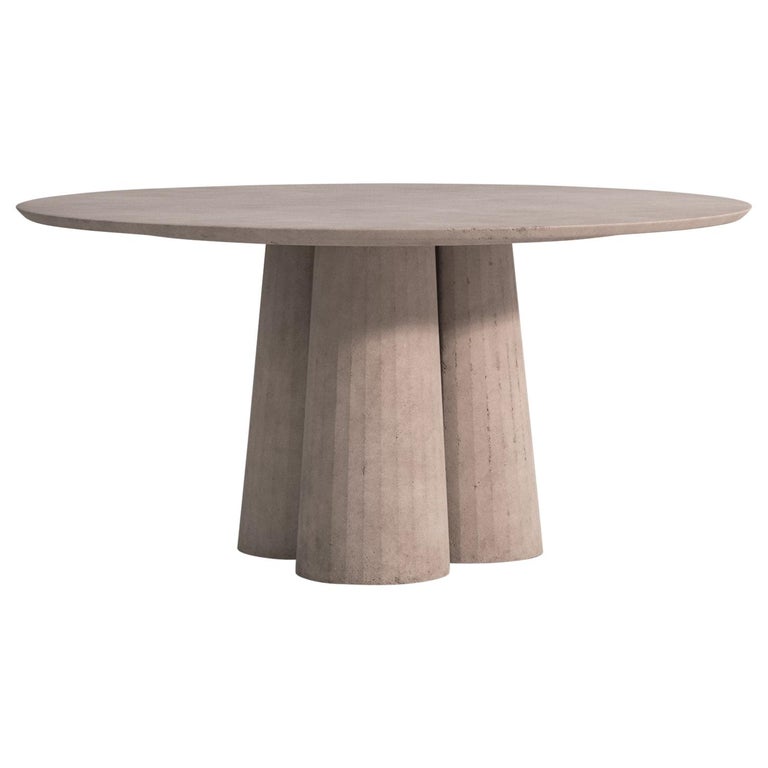 “Cement furniture is having a moment, and I’m here for it.” 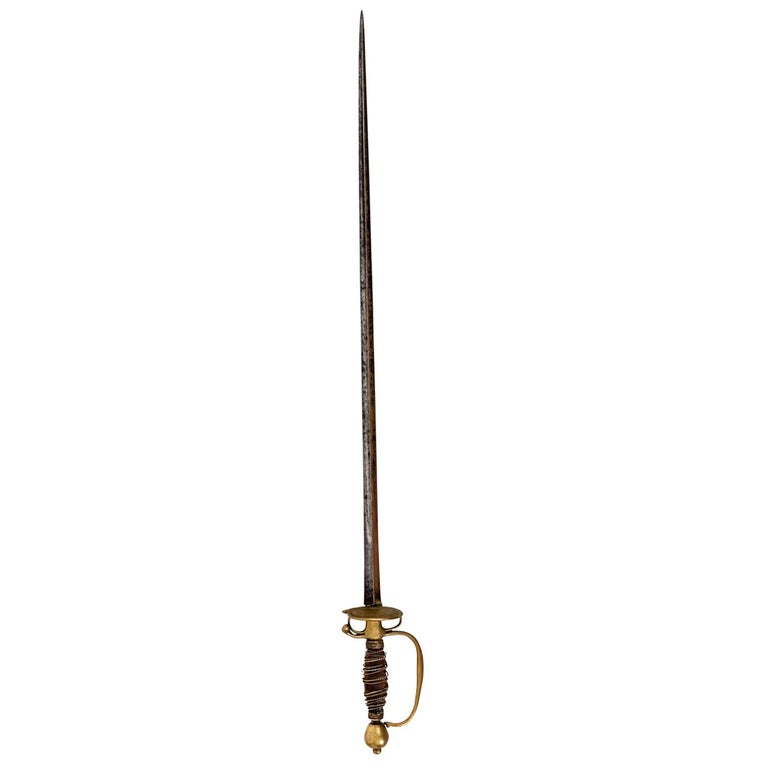 “Antique weaponry will forever find a home in my work.”