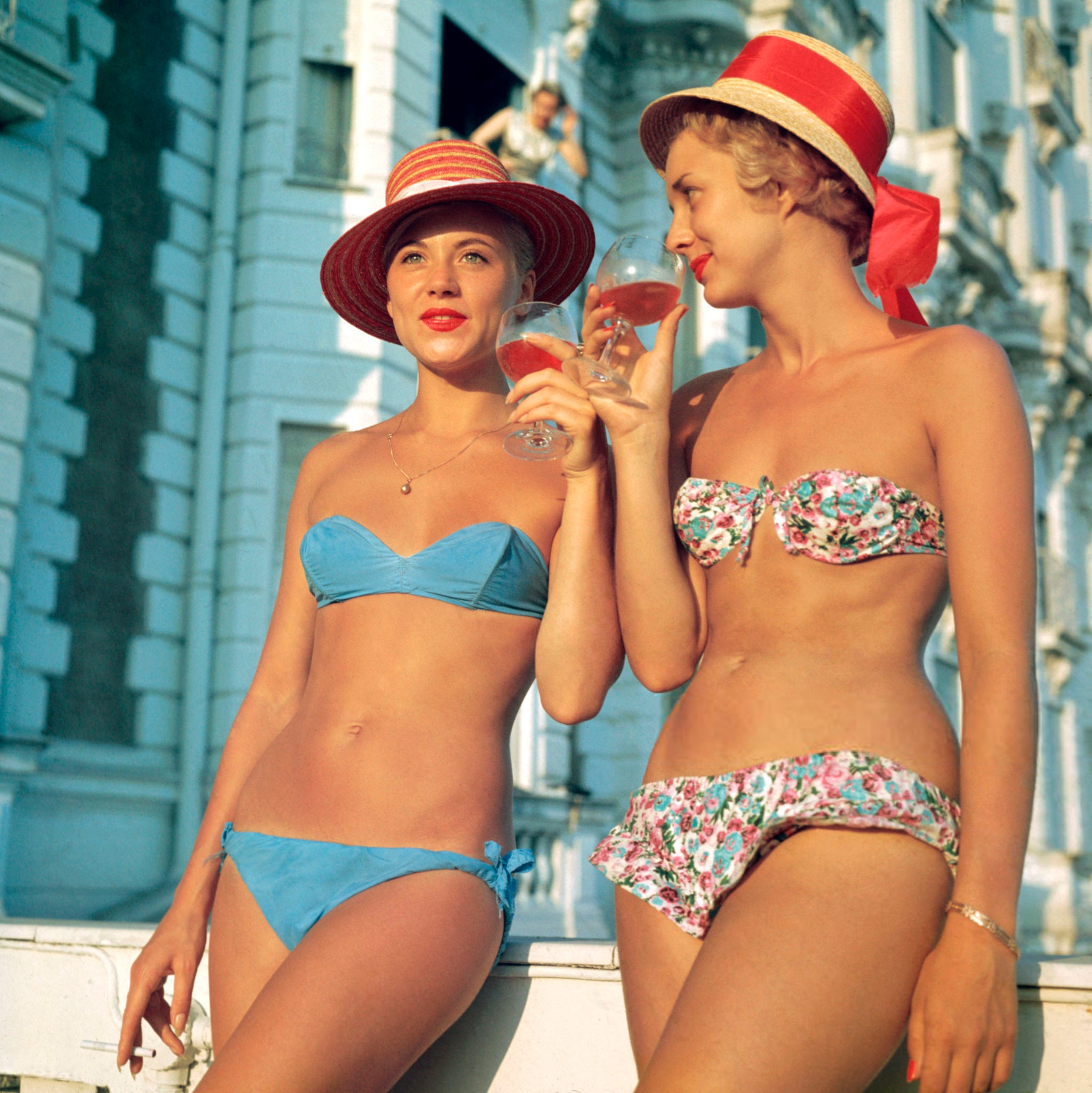 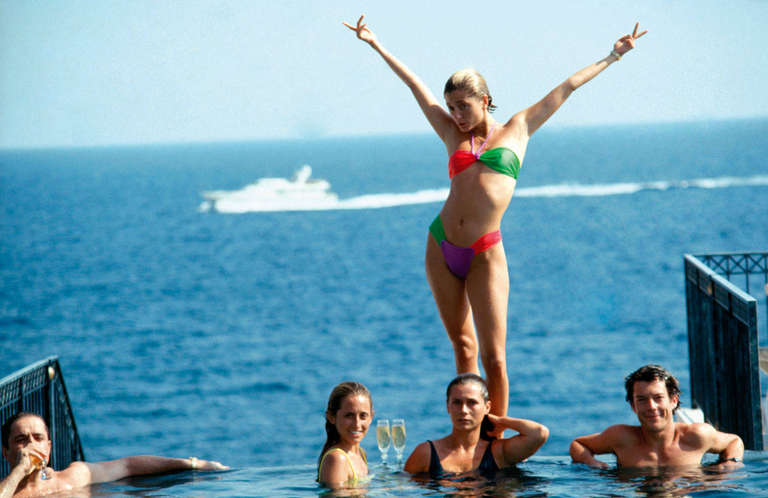 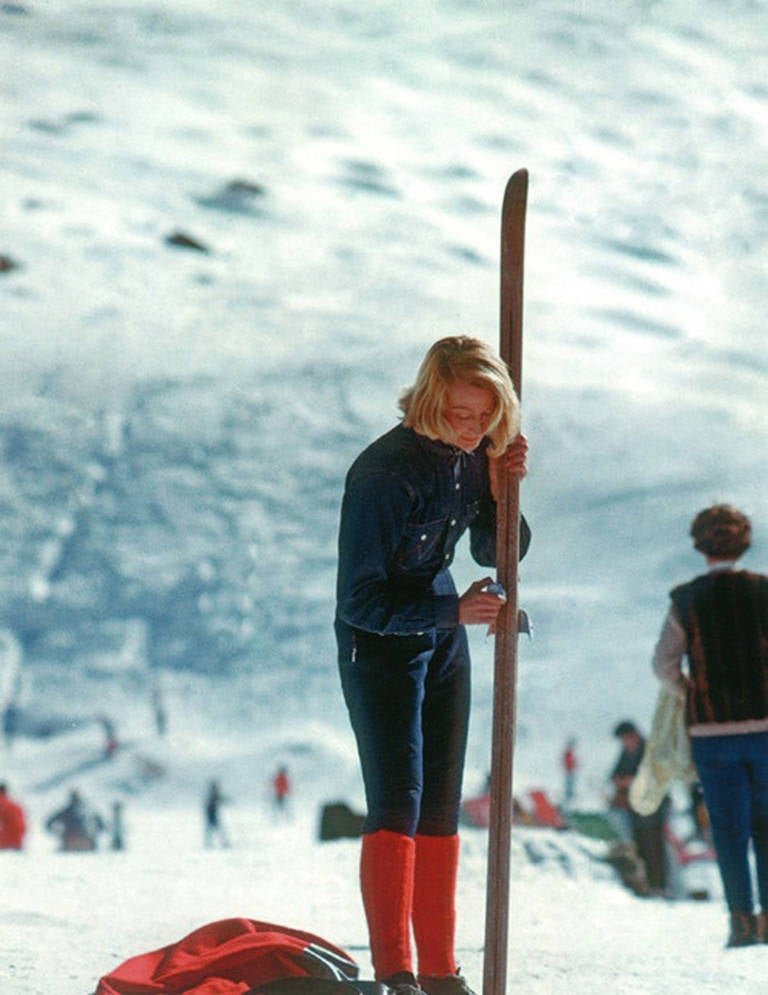 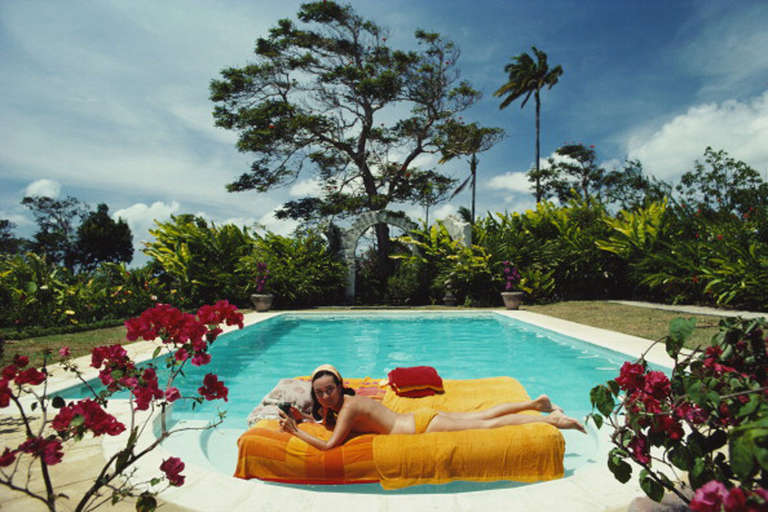 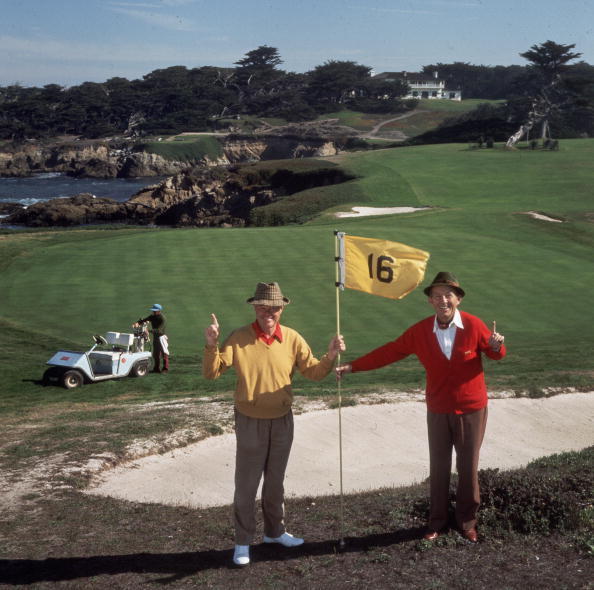 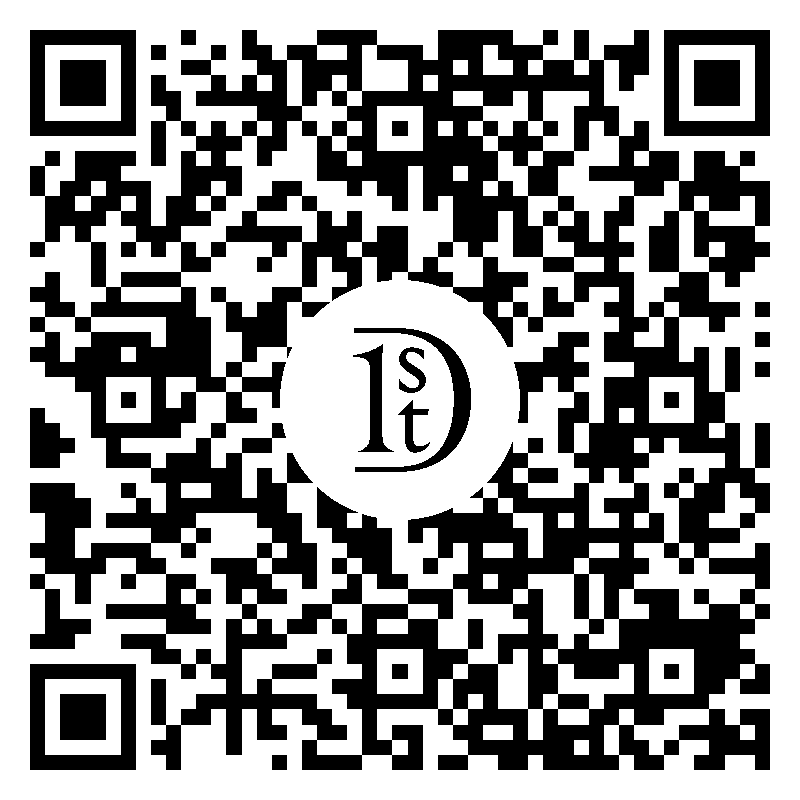 Chromogenic Lambda print 40 x 40 inches $3950 30 x 30 inches $3350 20 x 20 inches $2500 Complimentary dealer shipping to your framer, worldwide. Undercurrent Projects is proud to offer this vibrant photograph, printed by the Slim Aarons estate. It is part of the estate's only official limited run, of 150. Estate stamp embossed on recto, hand numbered in ink on recto, with certificate of authenticity from the estate (not a secondary gallery licensing from the estate). Increasingly heralded for his influence, Slim Aarons (1916-2006) made a career out of photographing "attractive people doing attractive things in attractive places." Aarons is known for his iconic images of Hollywood glamour and luxurious people, places and lifestyles. Undercurrent Projects offers premium quality photographic prints from the Slim Aarons Archive, owned and housed by Getty Images. All photographs are printed and authorized by the Getty Images Gallery, London. Photographs are printed utilizing the original transparency held at the archive source. Aarons began his career as a combat photographer in World War II. Though he earned a Purple Heart for his service, he declared that combat had taught him that the only beach worth landing on was decorated with beautiful people enjoying themselves in the sun. Slim Aarons is noted for his documentation of the Beautiful People over 50 years, encompassing high society, celebrity, aristocracy, and the jet set. He was born and raised in New York City and New Jersey and later New Hampshire. He took up photography as a teenager. At the age of eighteen, he enlisted in the U. S. Army and was later appointed official photographer at the United States Military Academy at West Point. During World War II he served as an army combat photographer for Yank magazine in Europe, North Africa, and the Middle East. After the war he became a freelance photojournalist, first based in Hollywood, then Rome, then New York. His photographs appeared in many magazines, including Life, Holiday, Town & Country, Look, Venture, and Travel & Leisure. His first book A Wonderful Time (1974) is considered a classic. Slide show includes a close-up of the Slim Aarons estate's stamp. The Slim Aarons Estate has released the limited Estate edition as a Lambda print, which is a modern c-type prints. They have chosen Lambda prints for their sharpness, clarity, colour saturation and quality, compared to archival inkjet prints. Lambda printing gives true continuous tone.

About the Seller
4.8 / 5
Located in New York, NY
Vetted Seller
These experienced sellers undergo a comprehensive evaluation by our team of in-house experts.
Established in 2011
1stDibs seller since 2013
159 sales on 1stDibs
Typical response time: 3 hours
More From This Seller
View All From Seller

Poolside At Laguna Beach
By Slim Aarons
Located in New York, NY
Relaxing by a pool at Laguna Beach, San Diego, California, 1957. Estate stamped and hand numbered edition of 150 with certificate of authenticity from the estate. Slim Aarons (191...
Category

$3,950
Mara Lane at the Sands
By Slim Aarons
Located in New York, NY
Austrian actress Mara Lane lounging by the pool in a red and white striped bathing costume at the Sands Hotel, Las Vegas, 1954. Estate stamped and hand numbered edition of 150 with ...
Category

$5,400
Surfing Brothers (estate edition)
By Slim Aarons
Located in New York, NY
Freddie and Howard Cushing surfing with friends at Bailey's Beach (the Spouting Rock Beach Association) in Newport. Their father introduced the sport to the club in the 1930's. Esta...
Category

$3,350
Having a Topping Time
By Slim Aarons
Located in New York, NY
1959: Socialite Alice Topping relaxing at a poolside in Palm Beach. Estate stamped and hand numbered edition of 150 with certificate of authenticity from the estate. Slim Aarons...
Category

Slim Aarons
Having a Topping Time, 1959

$2,150
Sea Drive
By Slim Aarons
Located in New York, NY
Sea Drive, 1967: Film producer Kevin McClory takes his wife Bobo Segrist and their family for a drive in an “Amphicar” across the harbour at Nassau. Staley-Wise Gallery offers photo...
Category

Price Upon Request
The Good Life
By Slim Aarons
Located in New York, NY
The Good Life, 1955: C.Z. Guest and her son Alexander and dog at the pool at their home Villa Artemis in Palm Beach. Staley-Wise Gallery offers photographic prints from the Slim Aar...
Category