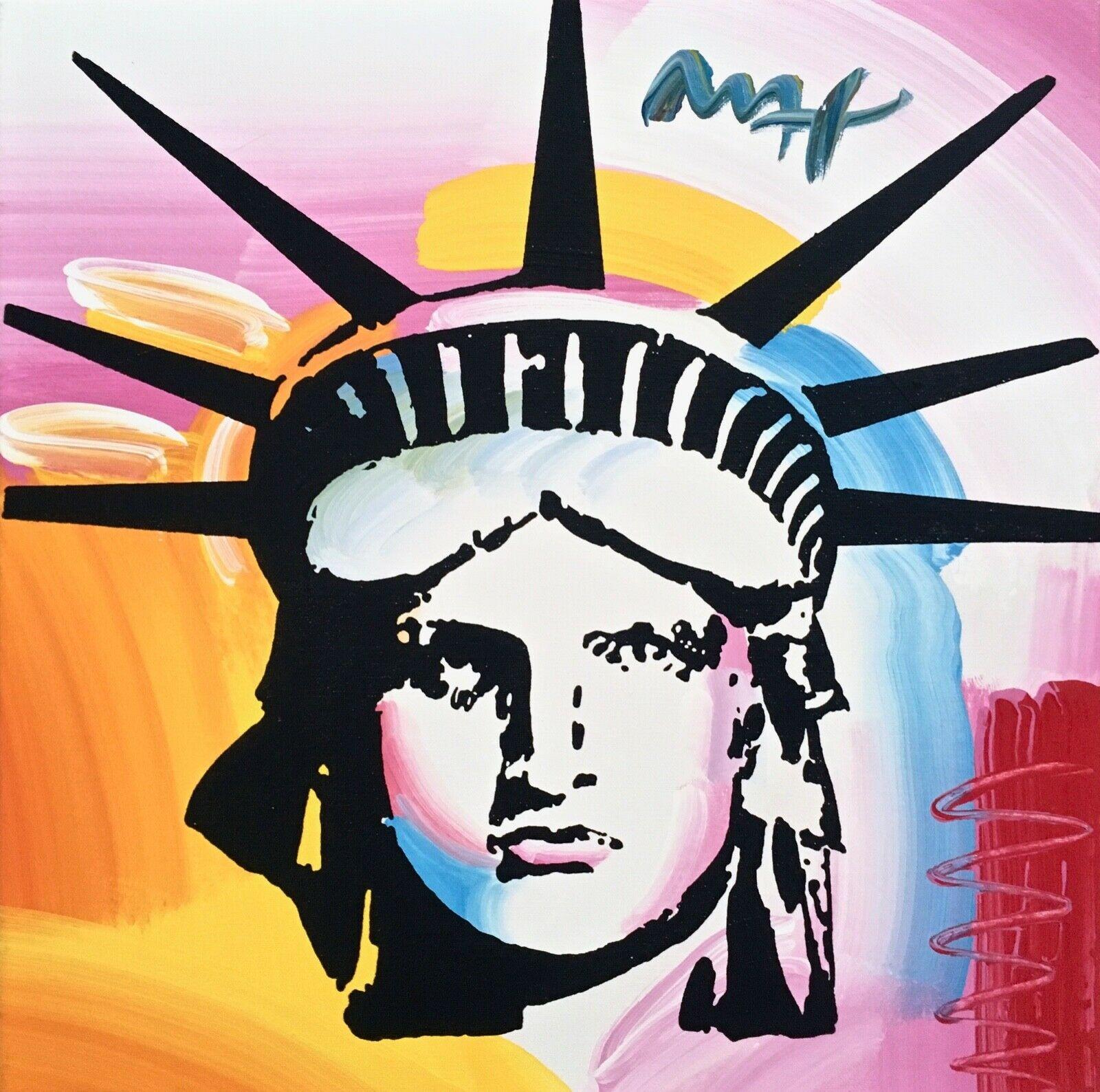 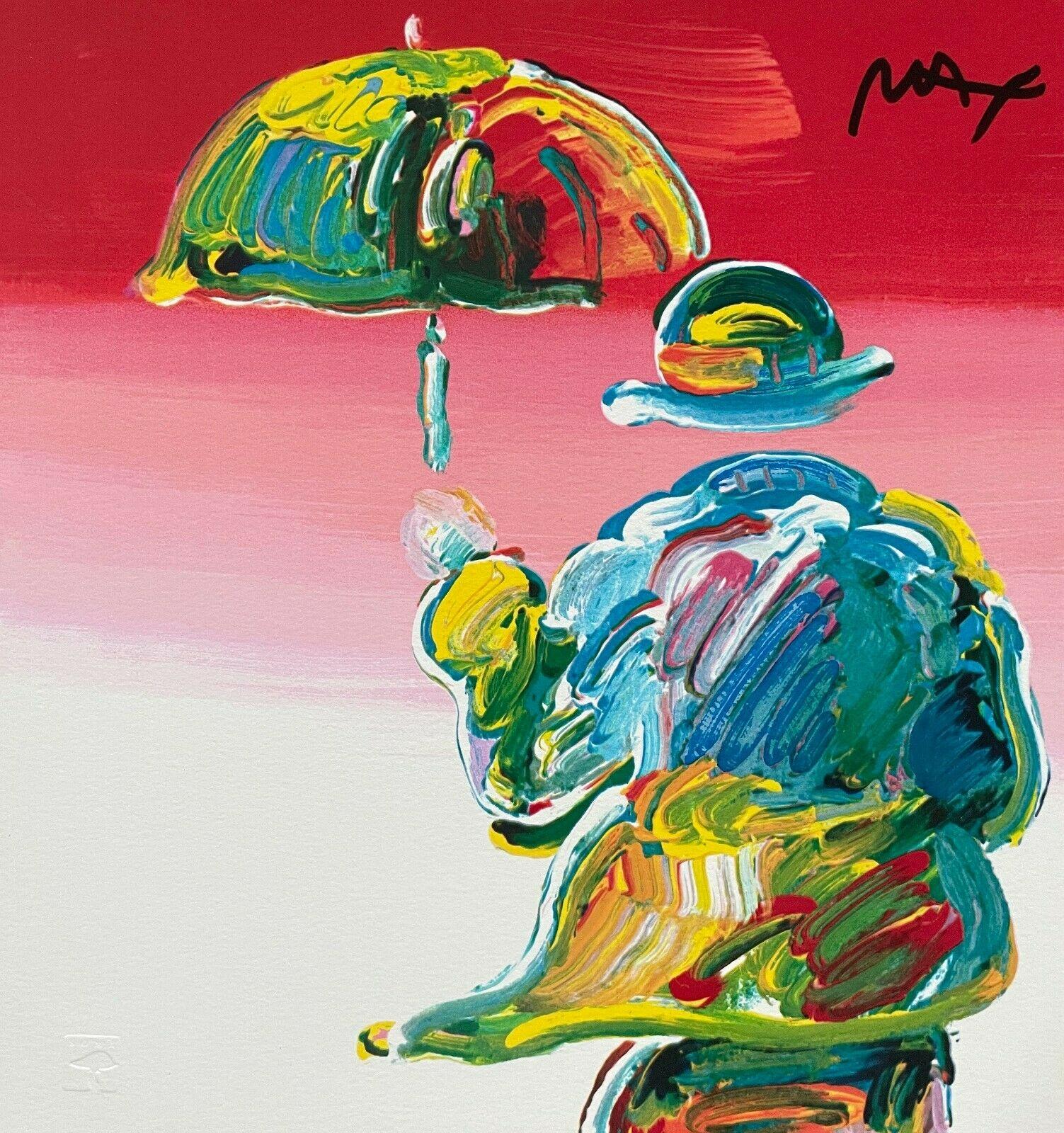 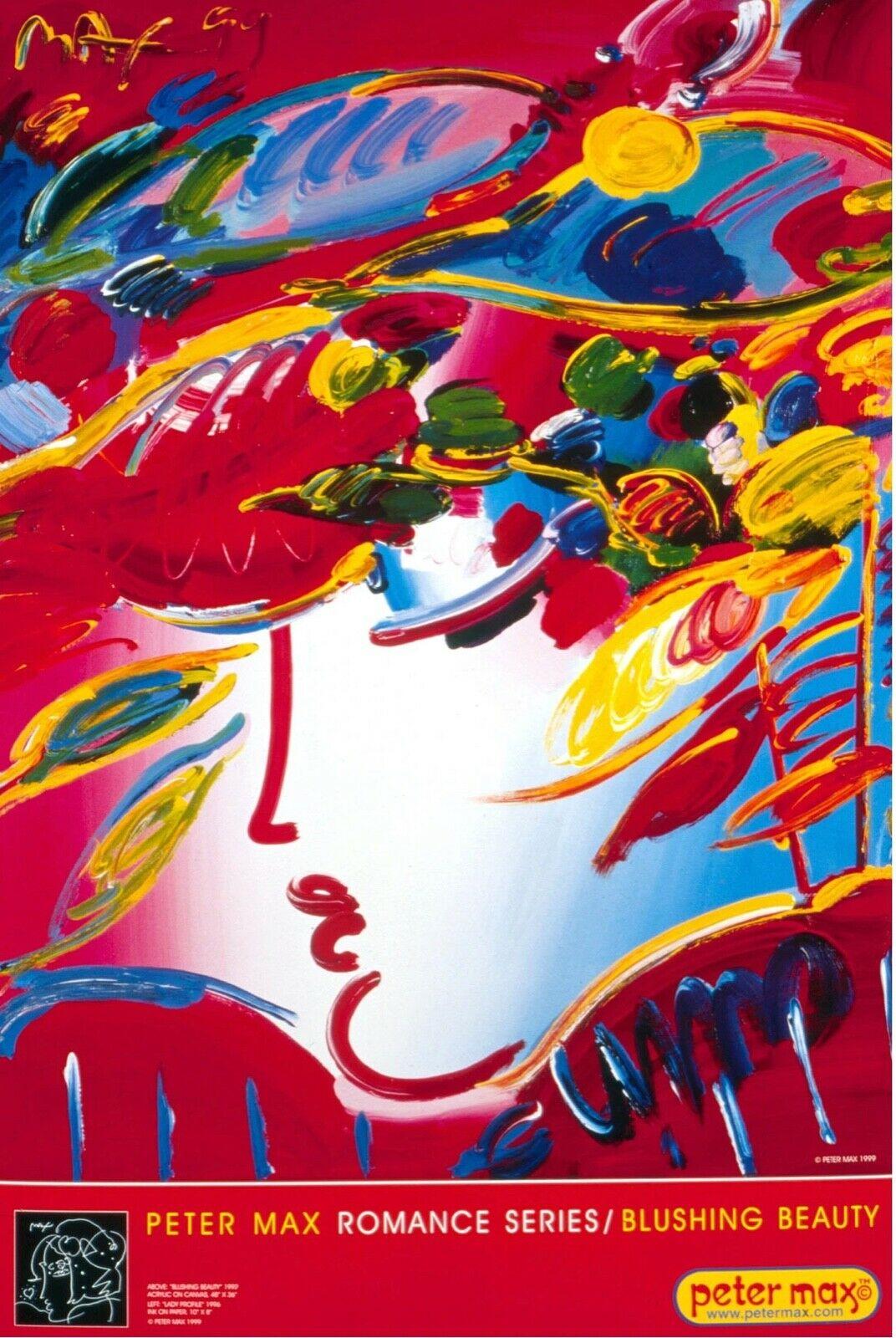 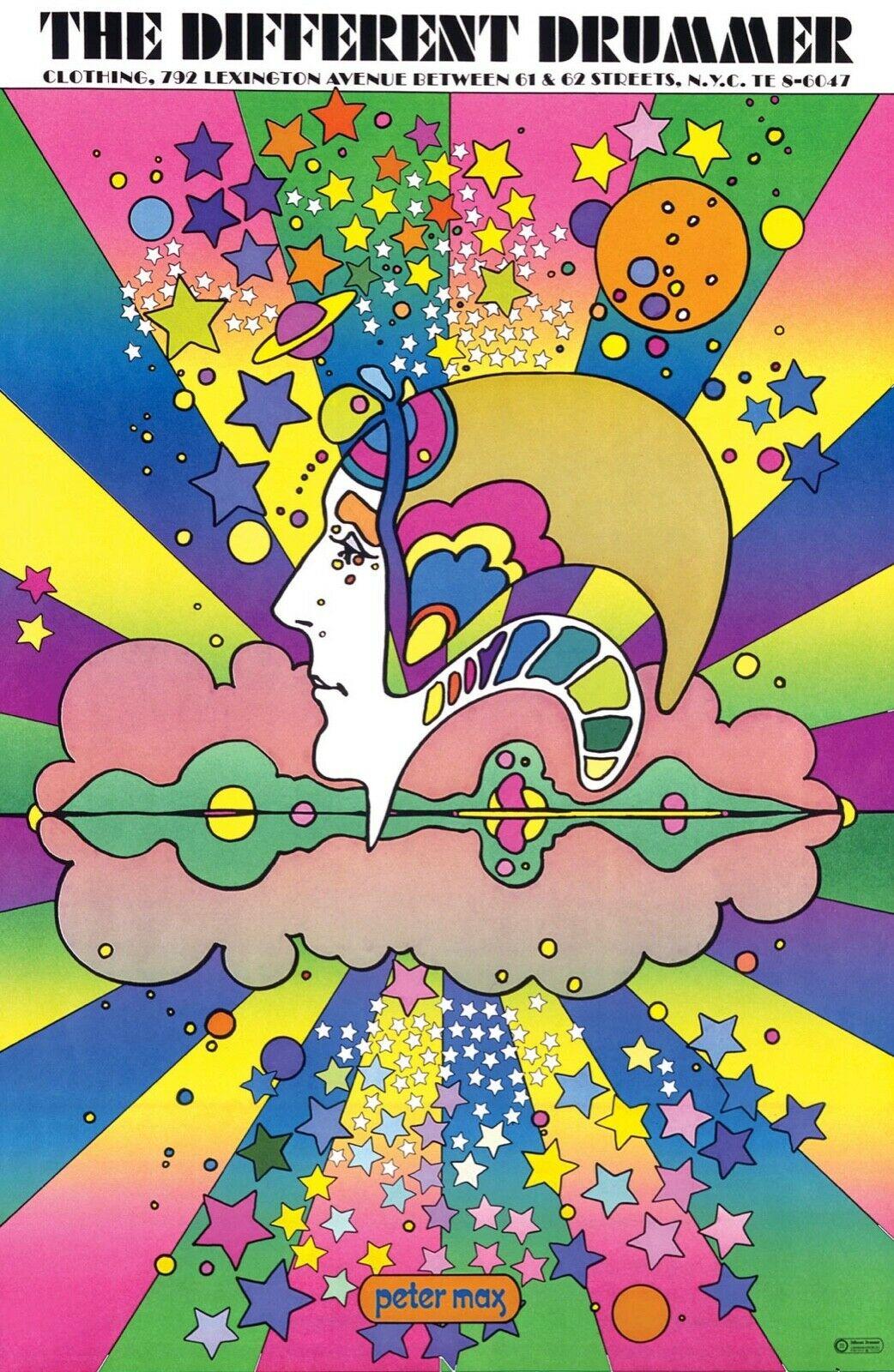 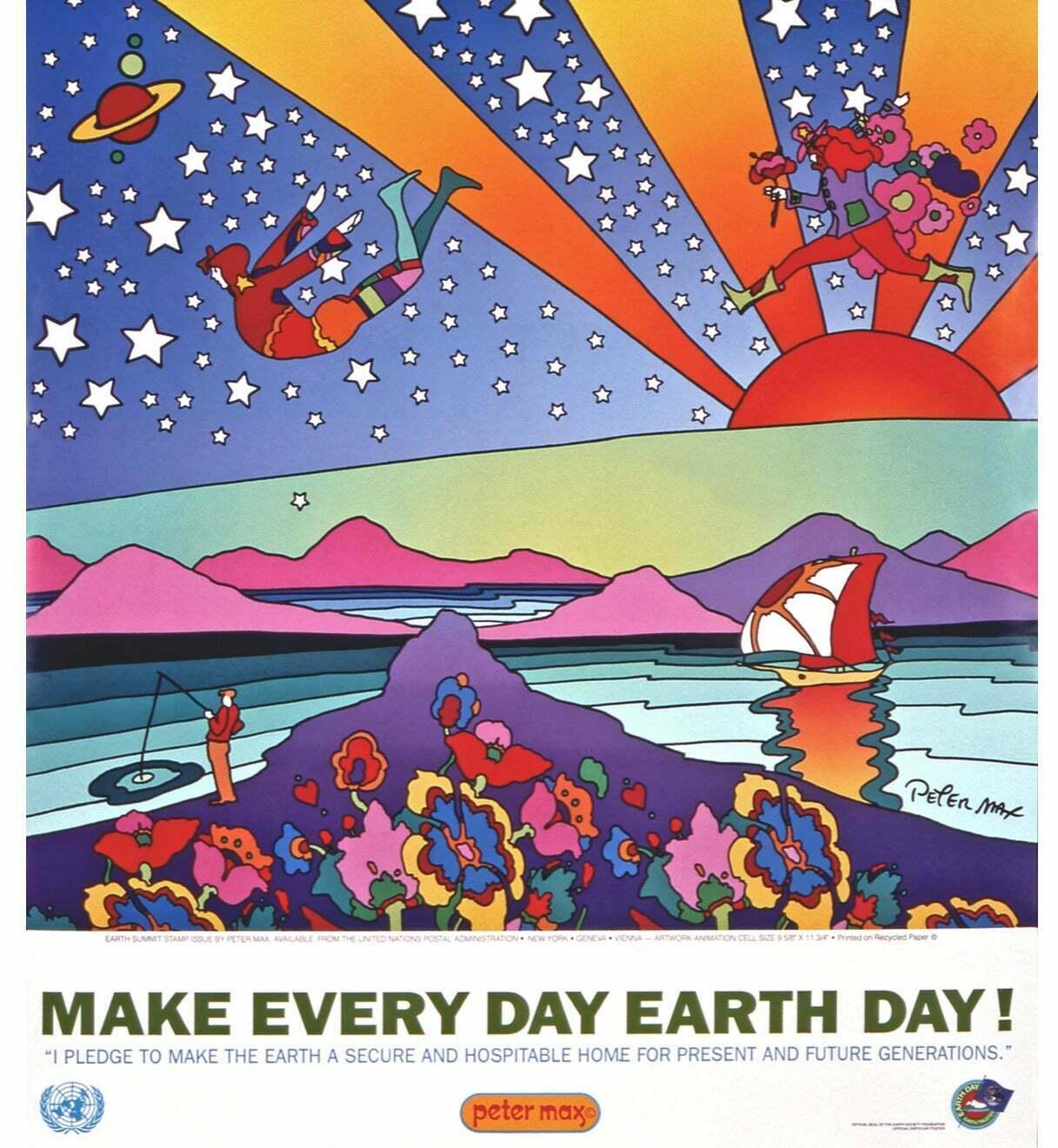 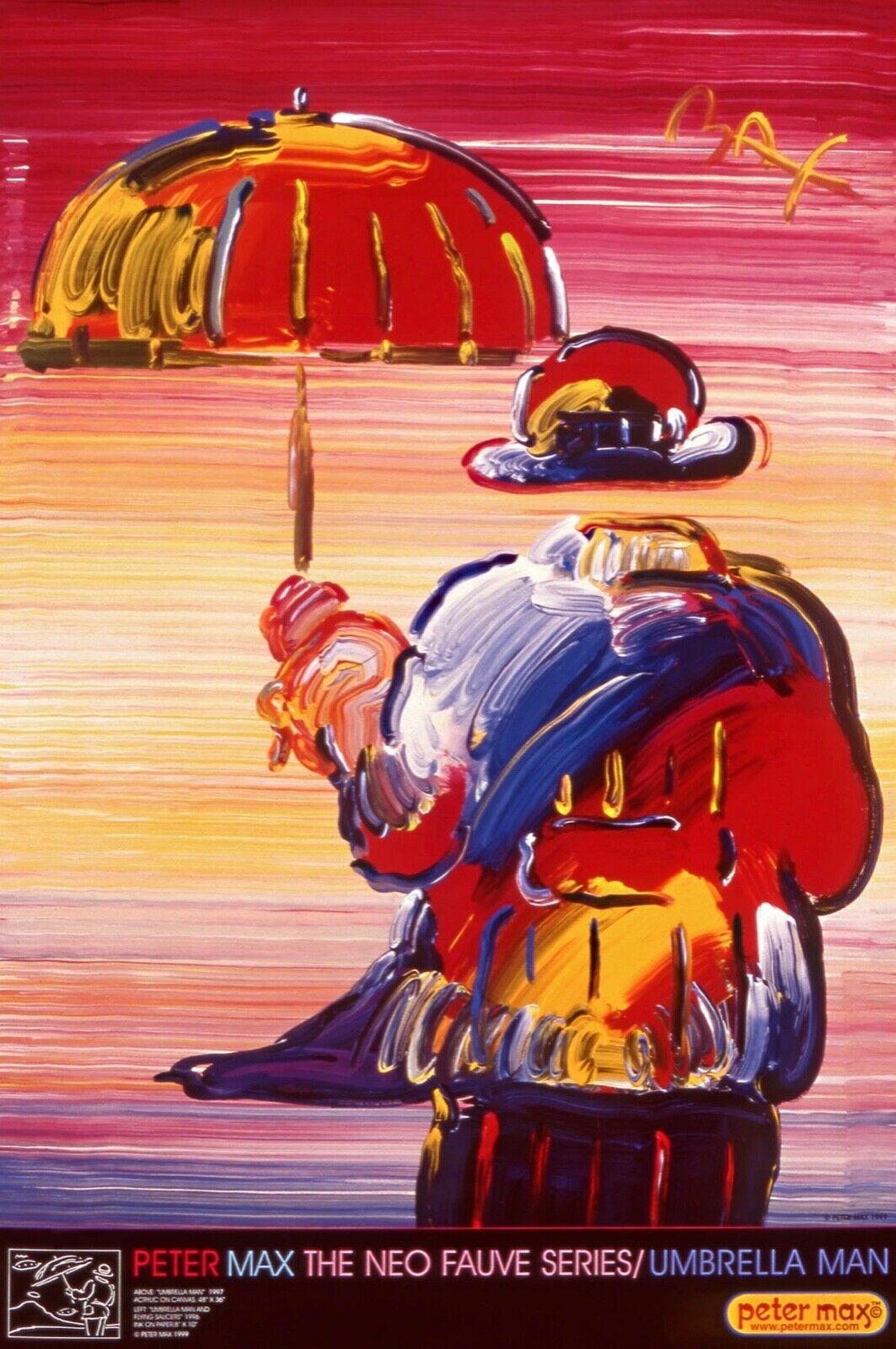 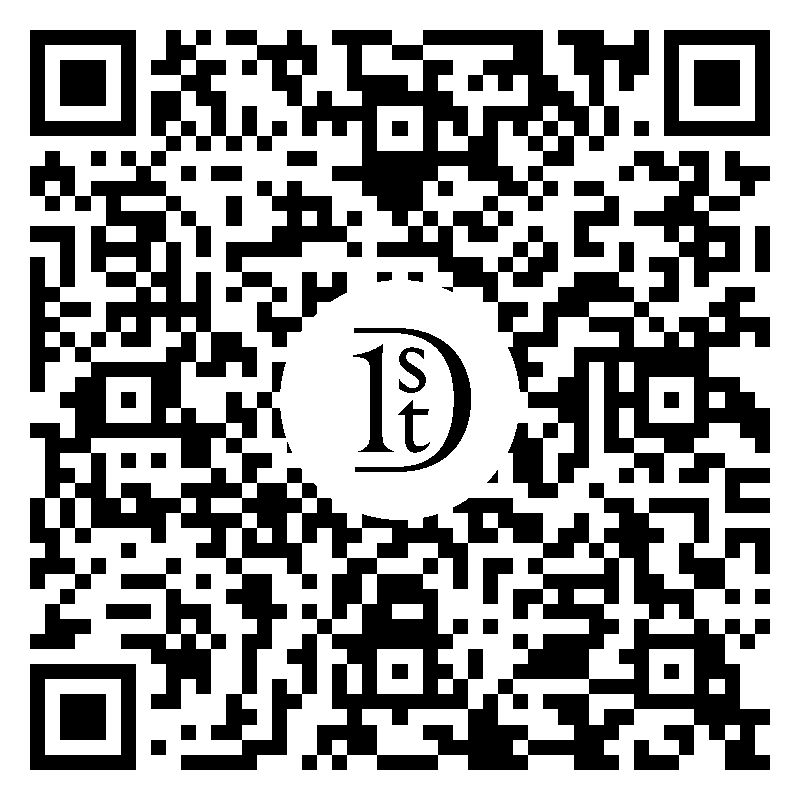 PETER MAX (1937- ) Peter Max has achieved huge success and world-wide recognition for his artistic accomplishments as a multi-dimensional artist. From visionary Pop artist of the 1960s, to master of dynamic Neo Expressionism, his vibrant colors have become part of the fabric of contemporary American culture. Known as a "Global Artist" showing the need for greater responsibility to our planet, his creative talents have served important global and world events. During his career, he has been regarded as a passionate environmentalist and defender of human and animal rights, and many of his works have been dedicated to these noteworthy causes. His principles of freedom and democracy are depicted with his famous paintings of American icons of freedom including Lady Liberty and the American Flag. Original Limited Edition Silkscreen on Arches paper, 1994. Edition Size: 300, plus proofs. Paper Size: 11" x 11." Signed & numbered in colored pencil. Published by Via Max. Excellent Condition; never framed or matted. 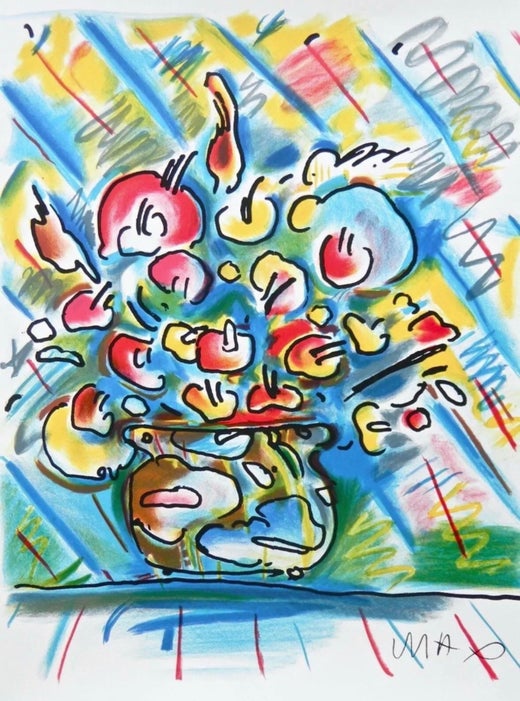 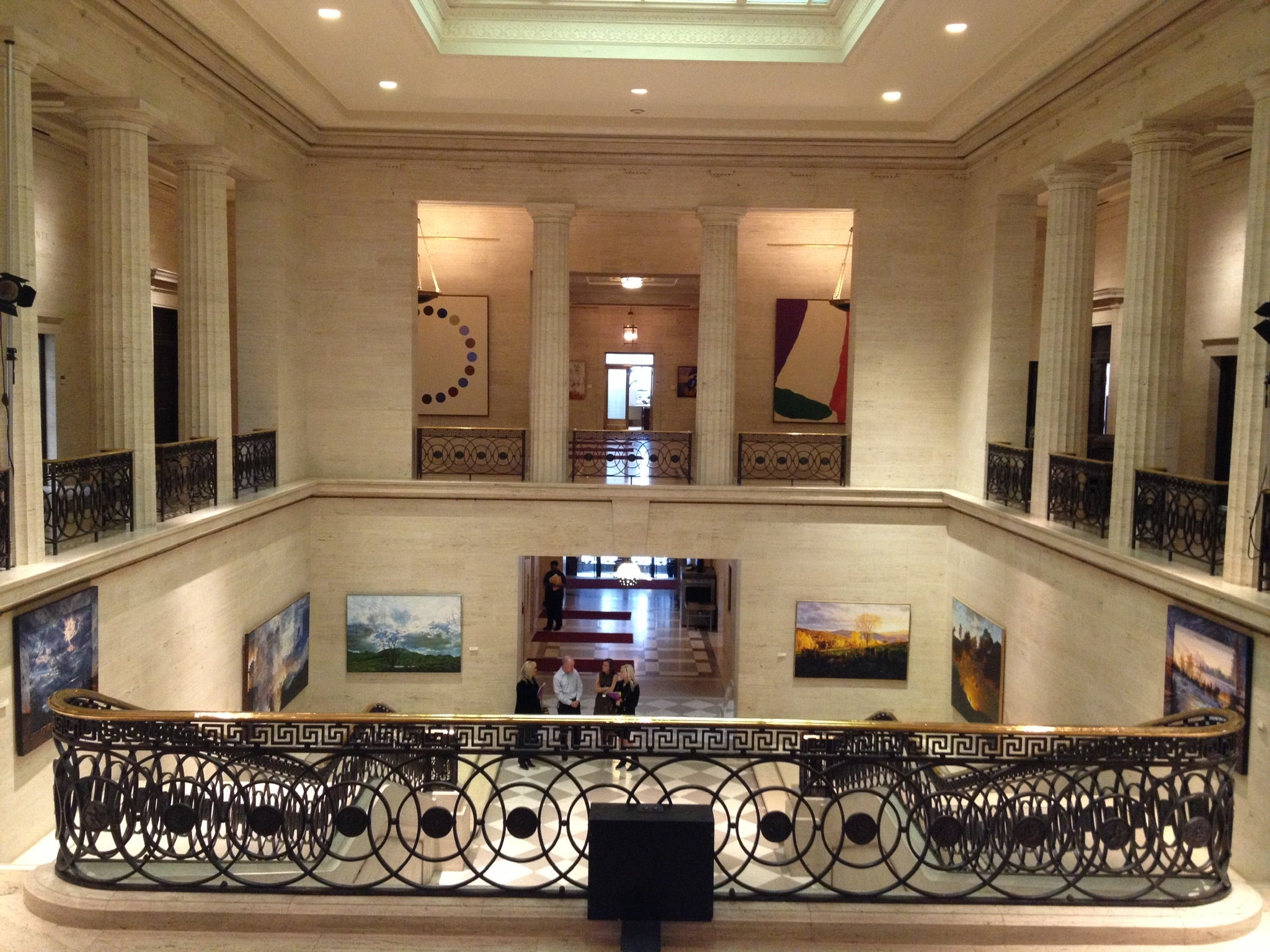 About the Seller
5 / 5
Located in Mount Clemens, MI
Platinum Seller
These expertly vetted sellers are 1stDibs' most experienced sellers and are rated highest by our customers.
Established in 2002
1stDibs seller since 2021
304 sales on 1stDibs
Typical response time: <1 hour
More From This Seller

HIS OWN ECLIPSE
By Peter Max
Located in Aventura, FL
Hand signed and numbered. Blind stamped in lower left corner. Don't hesitate to ask any questions. Certificate of Authenticity included. Published by AMX Art Ltd., NY and printed by ...
Category

$2,400 Sale Price
20% Off
SUMMER SEASON II
By Peter Max
Located in Aventura, FL
Hand signed and numbered by the artist. Published by AMX Art Ltd., NY and printed by IZMO Productions, NY.. Artwork is in excellent condition. Edition of 175. All reasonable offer...
Category

$3,375 Sale Price
25% Off
REMEMBERING THE FLIGHT
By Peter Max
Located in Aventura, FL
Hand signed, dated and numbered by the artist. Published by London Arts Inc., Detroit, MI and printed by Peter Baum, NY. Artwork is in excellent condition. Edition of 300. Frame...
Category

$2,000 Sale Price
20% Off
SOMEWHERE IN SPACE
By Peter Max
Located in Aventura, FL
Unique hand painted silkscreen on paper. Hand signed on front by the artist. The yellow area is hand painted. Artwork is in excellent condition. All reasonable offers will be consi...
Category

Peter Max
SOMEWHERE IN SPACE, circa 1972

$1,837 Sale Price
25% Off
CLOSER TO GOD
By Peter Max
Located in Aventura, FL
Hand signed, dated and numbered by the artist. Published by London Arts Inc., Detroit, MI and printed by Peter Baum, NY. Artwork is in excellent condition. Edition of 100. All re...
Category