What to Know about Black Diamonds (They’re Not All Cursed)

This mysterious gem isn't for everyone, and that's part of the appeal.
by 1stDibs Editors
Pin
Share
Tweet
Email 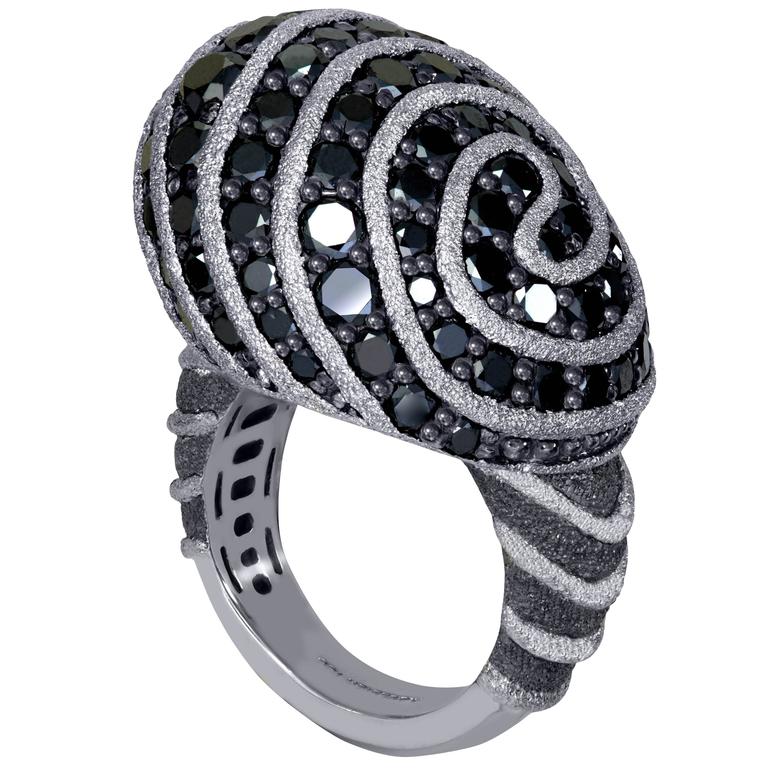 Black diamonds seem especially appropriate around Halloween, that most spooky day of the year, but there’s really never a time when the gem isn’t fashionable. In fact, some women prefer black diamonds over other diamonds. While black diamonds may have entered our public lexicon when Mr. Big presented Carrie Bradshaw with a black diamond engagement ring in Sex and the City 2 (“because you’re not like anyone else,” he told her), jewelry aficionados have known about this fancy colored gemstone for centuries. 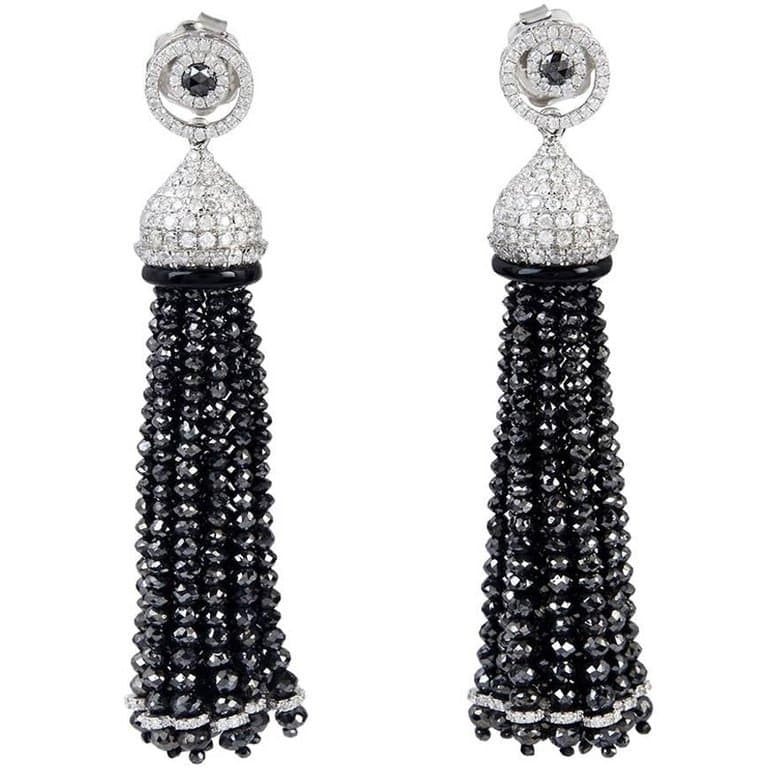 The gemological name for a black diamond is carbonado. Like all diamonds, carbonados are very hard and rank a 10 on the Moh’s Scale. But unlike white diamonds, carbonados consist of multiple fractures so, while hard, they’re a bit more unstable in their composition. These black opaque stones are an impure form of polycrystalline diamonds.

The inky color comes from a combination of graphite, pyrite and hematite inclusions. A porous stone, carbonado allows the inclusions to hide in its crevices. In fact, the actual color of the stone may not be black at all but more of a colorless to a brown hue. However, the impurities make it darker. Extensive research still needs to be conducted to trace the origin of the stones. We do know that the inclusions make it difficult to shape the stone, you will rarely see a cabochon-cut black diamond. 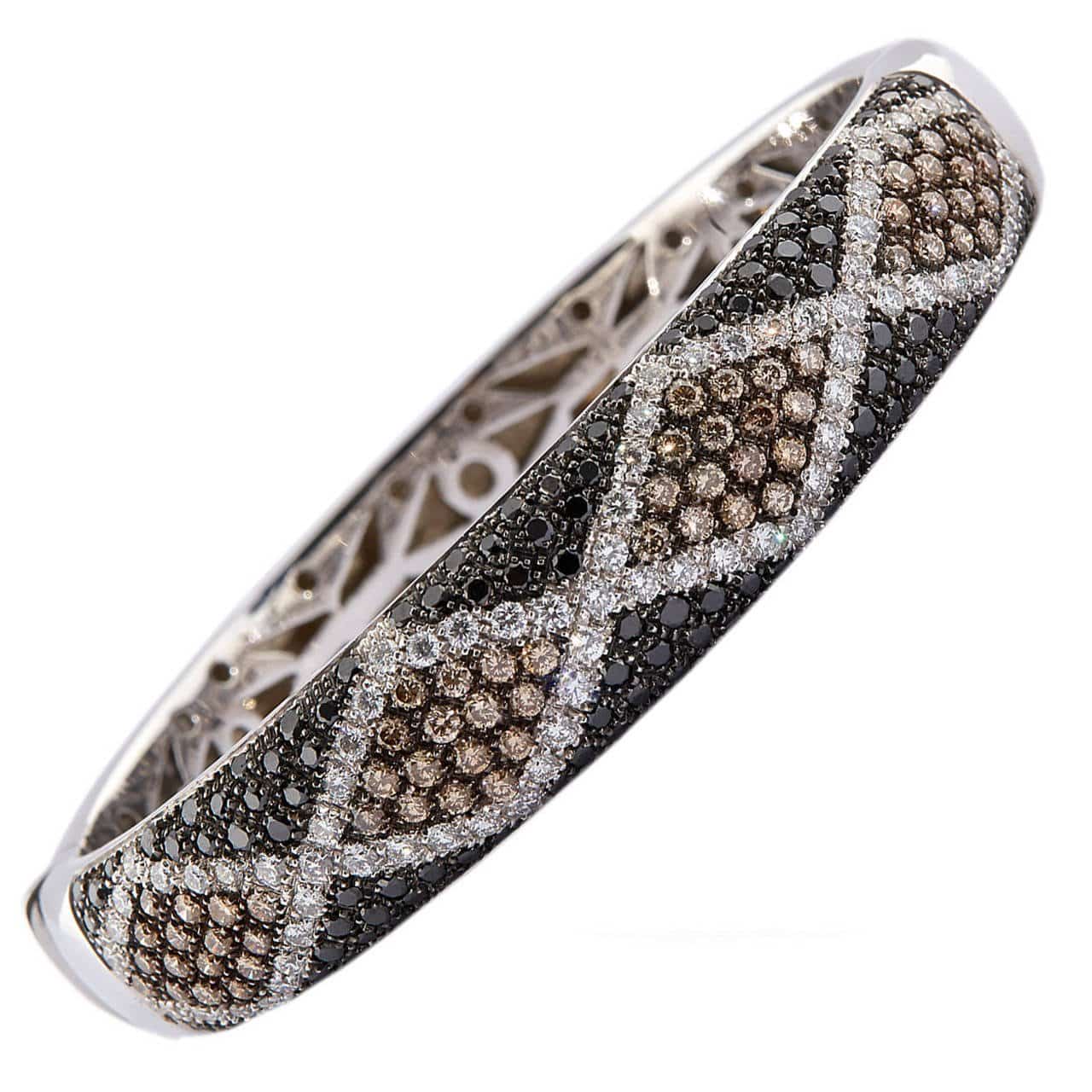 Usually a black diamond is faceted and either used as an accent or, if it is a solitaire, then it has been treated by a combination of high heat and low pressure to bring out its opaque black color. While they may look exotic, black diamonds are less expensive than white diamonds and are not held to the same standards — in other words, the 4Cs diamond grading system will not apply.

Black diamonds fall into the “fancy diamond” or more specifically, “fancy black” category. These gemstones are appreciated for their unusual color and appearance instead. In their natural state, they resemble something that fell out of the sky, or emerged from the Earth’s core. Carbonados are most often found either in Brazil or in Central Africa. 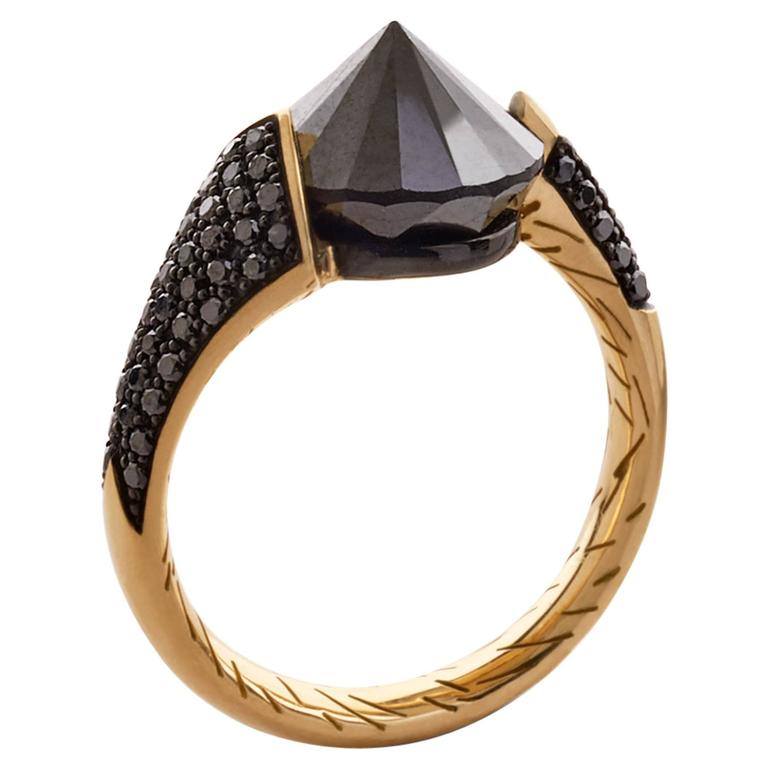 The most common use of black diamonds is in jewelry, but they are also one of three types of “industrial diamonds” (along with ballas and bort) that are used for various industrial purposes, like cutting tools. Though rare, black diamonds hold a prominent place in history. The two most famous examples are the Black Star of Africa, which weighs 202 carats, and the Black Orlov, also known as the Eye of Brahma Diamond, which weighs 67.5 carats.

The Orlov is worthy of its own mystery novel. Originally, this stone was mounted in the eye of a statue dedicated to the Hindu god Brahma in Pondicherry, India, until it was stolen by a monk. The stone is considered cursed, and previous owners have met untimely deaths. It has since been recut into three separate gems, and the curse seems to have been broken. 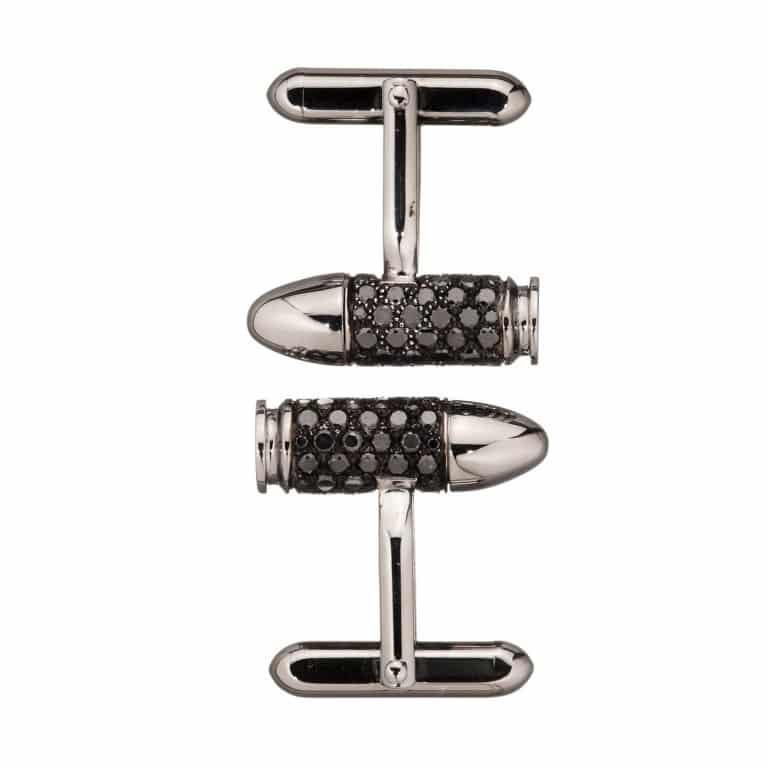 Recently, a black diamond known as the Korloff Noir, originally 421 carats before it was cut and polished down to 88 carats, was shown at the international diamond shows and is being praised as the largest black diamond on the market today.

This stone was found in Siberia in 1917 and belonged to the royal Russian family Korloff-Sapojnikof. Finally the Spirit of de Grisogono, named after the company and the gem cutter, weighed 587 carats when it was found in Central Africa. After it was cut and polished, it weighed 312.24 carats. 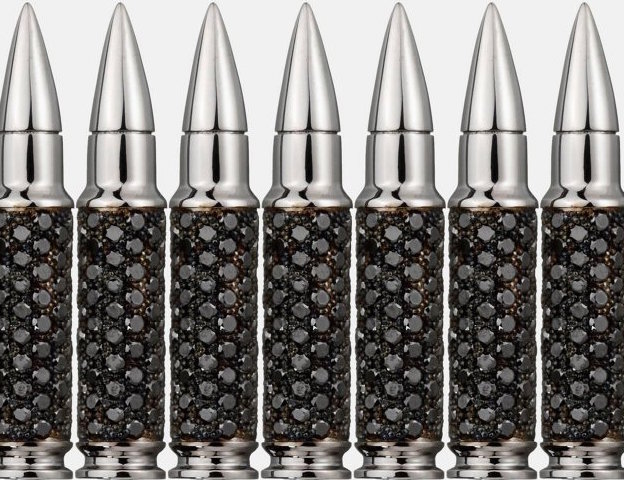