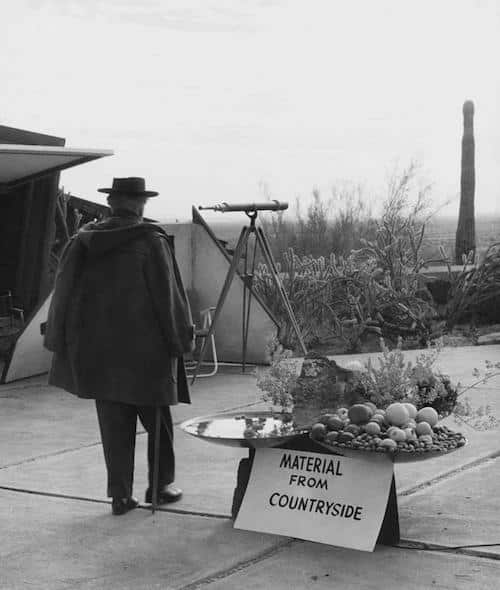 Happy birthday, Frank Lloyd Wright! This year marks the 150th anniversary of the American Prairie School architect’s birth. In celebration, events are being held throughout the country, from lectures and talks to open houses and exhibitions. Some of the highlights include the Museum of Modern Art’s “Frank Lloyd Wright at 150: Unpacking the Archive” exhibition, and a look at Wright’s only dog house design, a replica of which is on display at Marin County Civic Center Library.

On his actual birthday, June 8, at the Wright-designed Guggenheim Museum, admission will be reduced to $1.50 and the day’s menu will include a special birthday cupcake. Also not to be missed: a June 17 open house at his Unity Temple in Oak Park, Illinois, which is reopening after a $25 million renovation.

You, too, could own a piece of the furniture and decor Wright designed for his architectural commissions, available on 1stdibs.

Balusters from the Robert Roloson Rowhouses, 1894 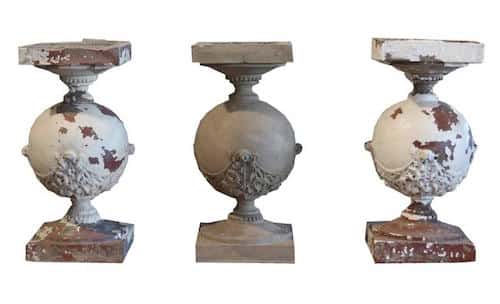 The Robert Roloson Rowhouses in Chicago, built in 1894, were among Wright’s earliest projects when he went out on his own after working for Louis Sullivan. These decorative balusters were part of the property’s accouterments.

Oak Desk with Cabinetry for the A.W. Gridley House, 1906 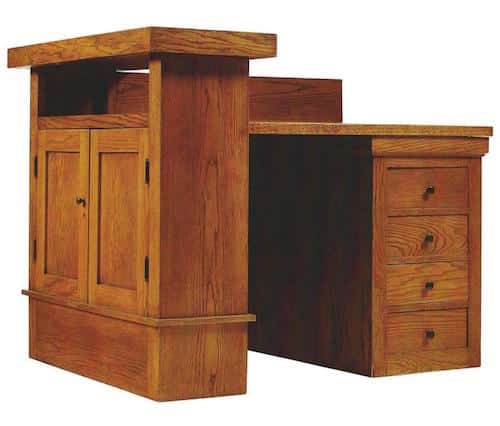 This freestanding oak desk was crafted for one of Wright’s Prairie homes: the A.W. Gridley House in Batavia, Illinois. As noted by the Frank Lloyd Wright Trust, “Wright’s early oak furnishings, characterized by straight lines and rectilinear forms, are designed with the traditional Arts and Crafts preference for solidity and simplicity.” He designed the furnishings for this and many other projects, as he believed in integrating interior with exterior to create a total work of art. 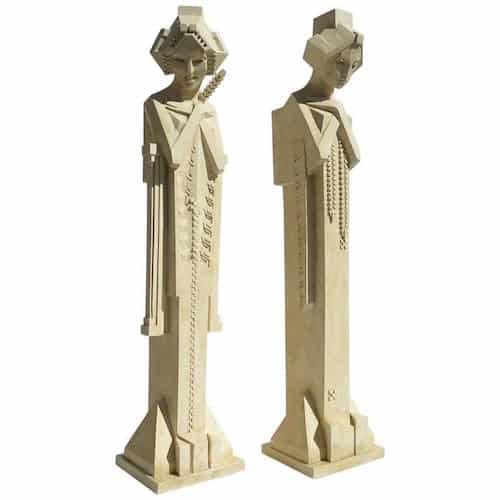 Although Wright’s Midway Gardens in Chicago is no longer standing, some of these stylized figures were saved from its 1929 destruction and subsequently reproduced. Called the “sprites,” the works complemented the geometric ornamentation of the entertainment complex. Wright co-designed the sprites with Alfonso Iannelli, whom he’d commissioned to create sculptures throughout the complex. 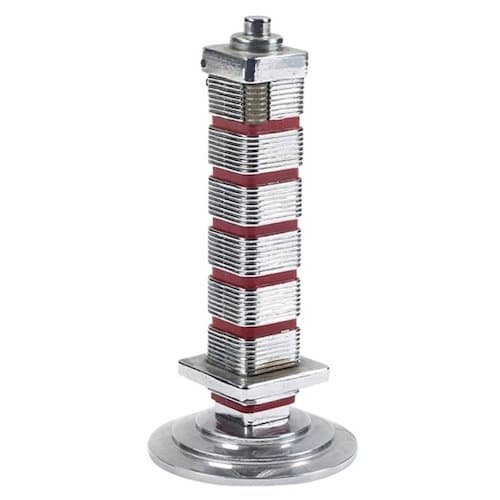 Only a select few received this Art Deco cigar lighter depicting Wright’s Johnson Wax Research Tower when H.J. Johnson commissioned the tiny token in 1947. Made from chrome-plated steel, the miniature model features red lacquer enamel stripes, a ribbed design and a circular stepped base. At the bottom, circling the edges of the screw, the tiny tower is marked “Johnson’s Wax Research Tower, Racine Wis.” 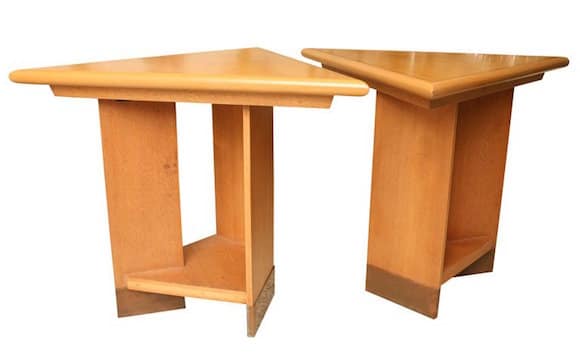 “In organic architecture, . . . it is quite impossible to consider the building as one thing, its furnishings another and its setting and environment still another,” wrote Wright. “The spirit in which these buildings are conceived sees all these together at work as one thing.” Made from mahogany and featuring copper at the base, these 1956 tables were designed for Wright’s only skyscraper: the 19-story Price Tower in Bartlesville, Oklahoma. 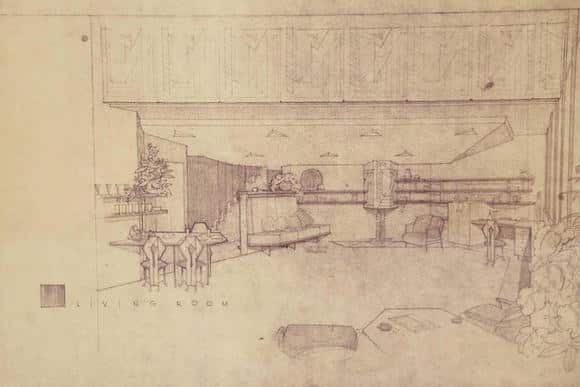 These framed blue-line prints feature a section of the Price Tower, as well as a chair he designed for the building. The works offer a glimpse into the intense effort that Wright put into the furniture that would occupy his spaces. 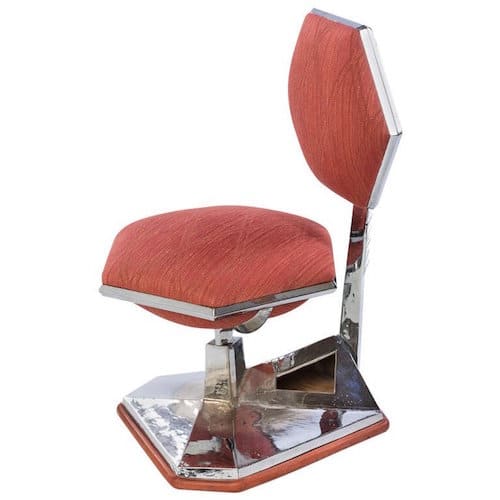 This 1956 upholstered barbershop-esque chair is among the furniture and interior items Wright designed for his Price Tower, featuring his famous octagonal surfaces.