Miniature Versions of the World’s Cities Are in Times Square

Gulliver's Gate is a different kind of attraction in the tourist heart of New York City.
by Stephanie Murg
Pin
Share
Tweet
Email 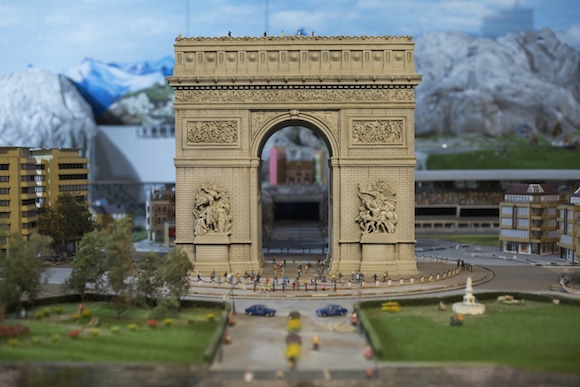 Paris’s Arc de Triomphe has been shrunken for display at Gulliver’s Gate.

The Eiffel Tower has arrived in New York City. It is joined not only by the Arc de Triomphe and I.M. Pei’s shimmering Louvre Pyramid, but also the Leaning Tower of Pisa, Stonehenge, the Taj Mahal, the Great Wall of China and . . . is that the Colossus of Rhodes? Landmarks from five continents and some 50 nations all fit comfortably in a space on 44th Street because they’ve been shrunk to 1:87 scale as part of Gulliver’s Gate: a world in miniature among the giant billboards and jumbo marquees of Times Square. 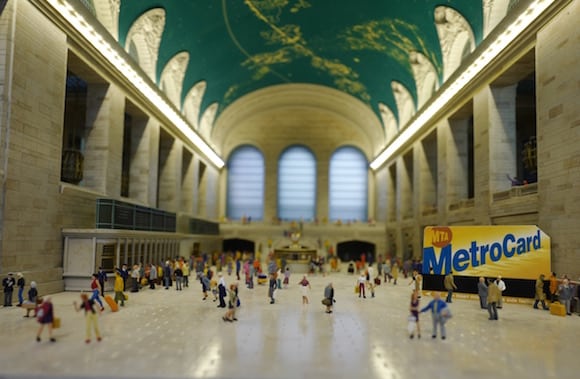 A MetroCard demonstrates the scale of this Grand Central Station model.

Nearly three years in the making, the $40 million attraction — named for Jonathan Swift’s intrepid traveler to the land of the Lilliputians — celebrated its grand opening last month. Just inside the ground-level entrance, a welcoming pair of ringmaster types perched atop tall stilts and eyed visitors through binoculars, heralding the impending scale shift.

An escalator deposited guests at the Metropolis exhibit, where an amalgamated New York City unfolds in an illuminated streetscape awash in vehicles and tiny figures. A cutaway view below the painstakingly recreated Grand Central Station reveals multiple tracks for subterranean trains; eyes widened as one zipped across the track. 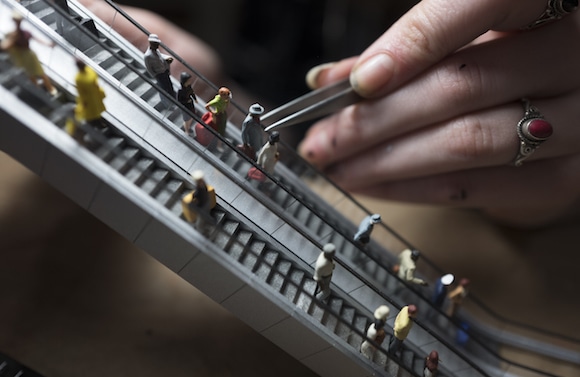 A model maker places tiny pedestrians on an escalator.

“We wanted New York to be the first thing that you see when you arrive,” says Gulliver’s Gate co-founder Michael Langer, who brought a childhood love of modelmaking and experience in (full-sized) real-estate development to the project. Realizing the concept of “a miniature world in the center of Times Square” had its challenges.

“The typical response was, ‘Wow, that sounds like a really good idea. You’re crazy!’” he explains. “Building something so intricate and detailed seemed impossible, and it’s pretty close to it, but we found a way to get it done.” 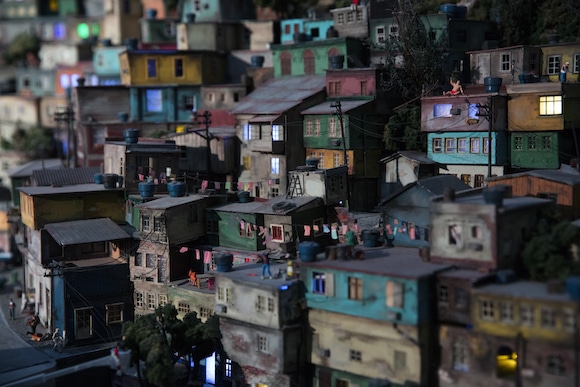 At 49,000 square feet, Gulliver’s Gate spans a floor the size of a city block. In addition to the opening ode to New York, exhibits include those devoted to Europe, Russia (perpetually dusted in snow), Asia and the Middle East, and each was brought to life by hundreds of artists and makers from the region depicted.

The miniature Latin America, made in Buenos Aires, features a working waterfall, an Amazon River and Copacabana Beach, complete with crashing waves. Langer is partial to the diminutive Panama Canal, where one of three cargo ships traversing the locks is marked “Langer Industries” (a surprise tribute from one of the modelmakers). 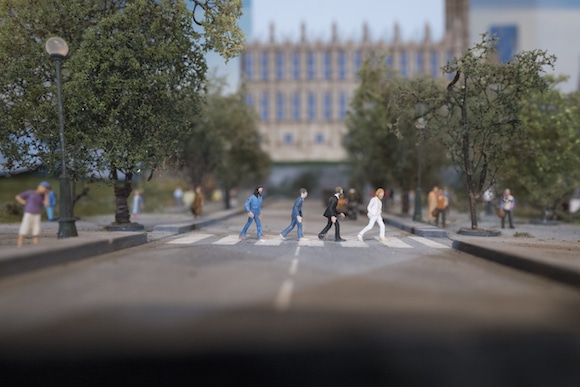 In the United Kingdom section, figures re-create the cover of the Beatles’ Abbey Road.

Designed to be both immersive and interactive, the space is studded with large keyholes where visitors can insert the chunky key that doubles as an admission ticket to initiate specified actions, whether an “everyday parade” in downtown Manhattan, “Zeus awakening” at thundercloud-topped Mount Olympus or a Loch Ness monster sighting in Scottish waters.

For an added fee, guests can be shrunk to join in on the fun. A full-body scanner and 3-D printer fabricates “model citizens” that can be added permanently to the installation or taken home as souvenirs (plenty of more options await in the large gift shop). 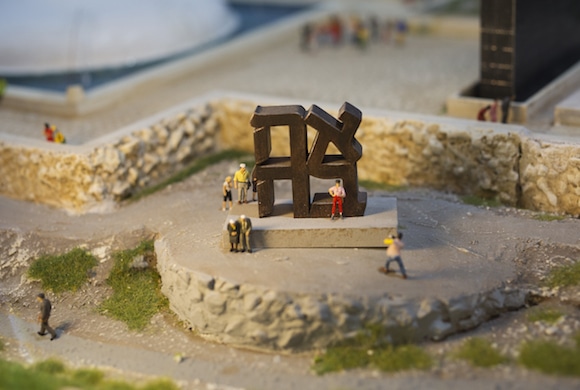 Tiny tourists pose on a public sculpture in Israel.

Langer credits the knowledge and contacts of his partner, Eiran Gazit (the two first met on a mountaintop in Costa Rica, but that’s another story), for giving the project a much-needed “leg up.” In 2002, Gazit founded Mini Israel, a 14-acre park located near Latrun, halfway between Tel Aviv and Jersusalem. Another inspiration was Germany’s Miniatur Wunderland. The Hamburg attraction recently made headlines for erecting a Trumpian wall around its tiny United States. 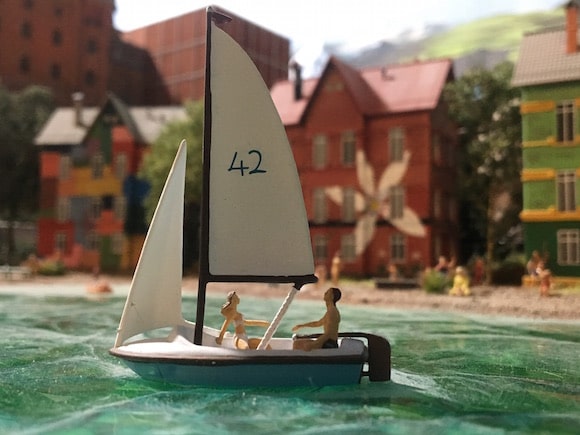 Visitor to Gulliver’s Gate can have 3-D models made of themselves, which they can take home or add to the display.

At Gulliver’s Gate, politics are in the eyes of the beholder. The series of Washington, D.C., monuments includes the White House (microscopic sunbathers on the terrace, snipers and Santa Claus on the roof) and the Supreme Court, where a Roe v. Wade vignette plays out on the stairs (a woman clutching an infant regards a runaway baby carriage). “The closer you look, the more you see,” says Langer, alluding to the many “Easter eggs” waiting to be discovered throughout Gulliver’s Gate.

And with that, a young boy sprints past the splendid, cherry blossom-ringed recreation of David Adjaye’s Smithsonian National Museum of African American History and Culture, and yells to a hovering parent, “We’re going to see Yoda. Meet you at Niagara Falls!”

All photos courtesy of Gulliver’s Gate