The Moon Is Trending in Art and Design, but It’s More Than Just a Phase 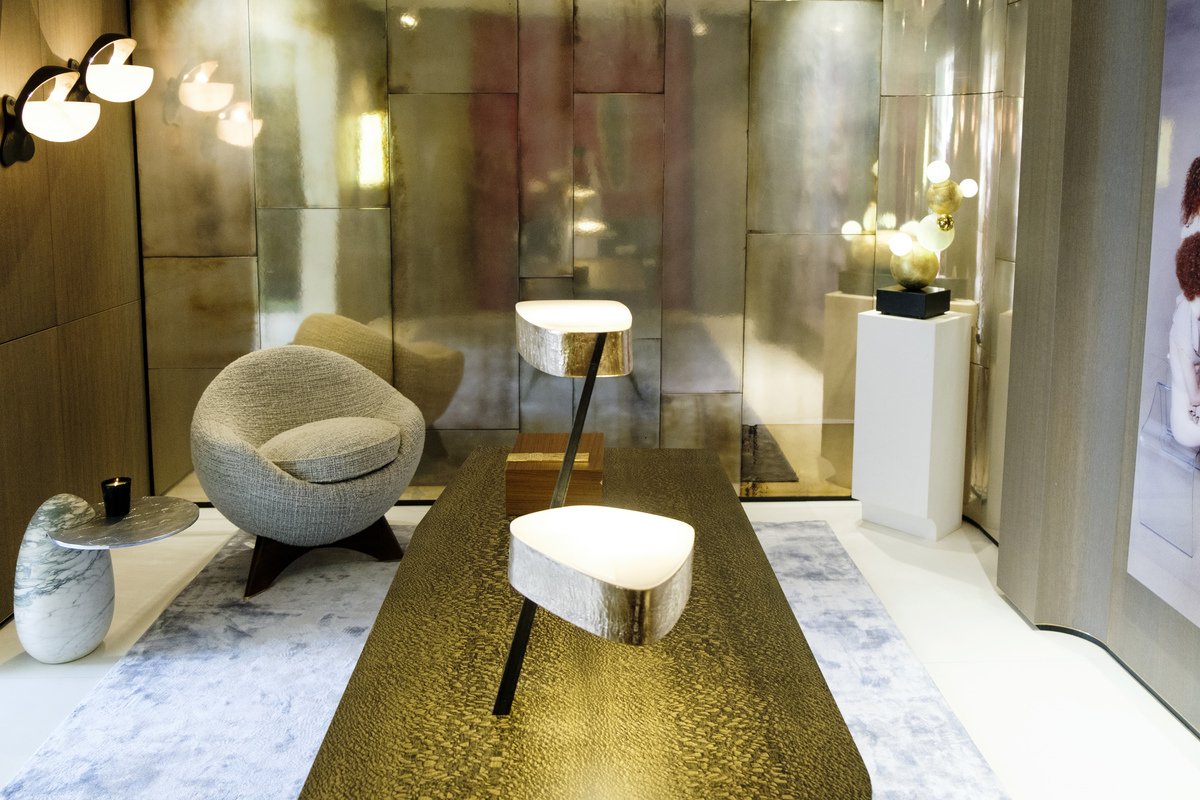 From the 1940s through the ’60s, rampant patriotism and nuclear anxieties led to the futuristic imaginings of Atomic Age designers, who favored streamlined forms, bold colors and synthetic materials.

Today’s creators, however, are much more likely to channel the moon, with its rocky craters, Sea of Tranquility, changing phases and luminous Carrara hue. These objects would look equally at home in a Dubai penthouse or a Silver Lake yoga studio.

So go on, consult your horoscope. The future is as unknown as the dark side of the moon — and we have just the furnishings for it. 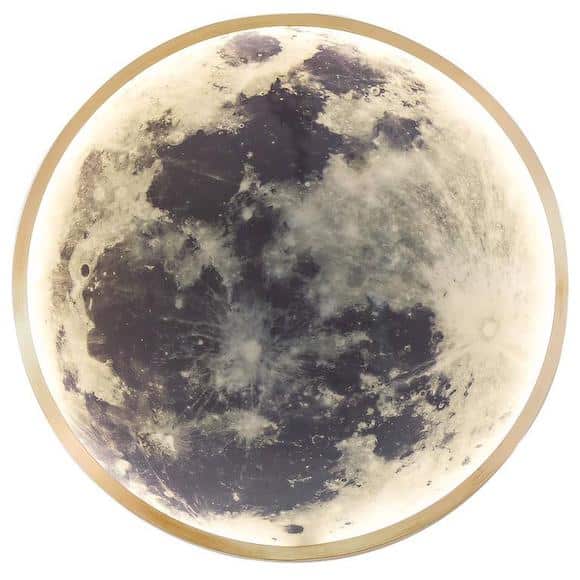 RISD sweethearts-turned-collaborators Ben and Aja Blanc produce a host of celestial designs from their home in Providence, Rhode Island. This brushed-bronze and glass light emits a soft glow and doubles as a sculpture. In the tradition of Light and Space artist Lita Albuquerque, it takes the form of a flat circle. 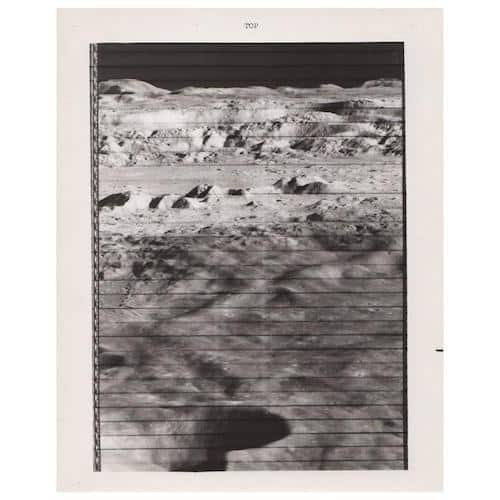 The richness of the gelatin-silver process lends itself to bare walls. This view of the crater Copernicus was transmitted in November of 1966. The piece offers further proof that monochrome does not equal boring — and it won’t compete with colorful furniture. 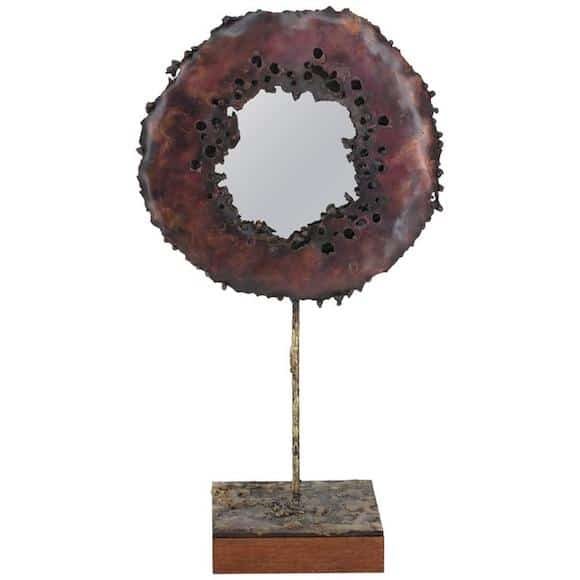 Tabletop objects favor the noncommittal. Try this aubergine ring in your foyer or use it to balance out a sprawling bouquet. The mirrored surface area is limited, but the decorating possibilities are endless. 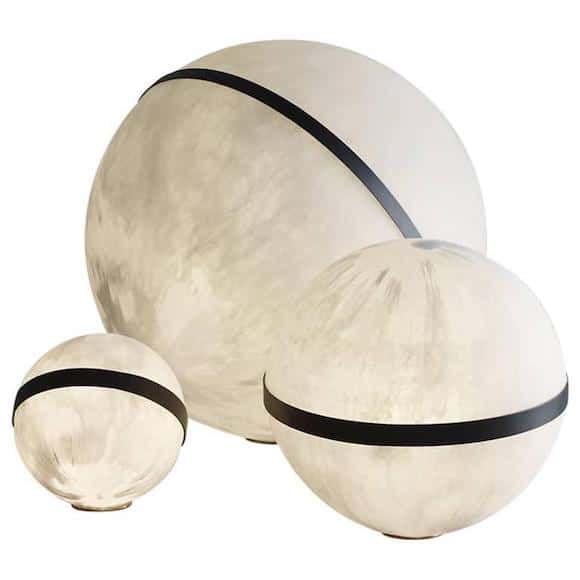 Vancouver designer Martha Sturdy has contributed decor to Louis Vuitton and Saks Fifth Avenue. Her resin spheres are just as charming as a lone orb or arranged as a cosmic cluster. 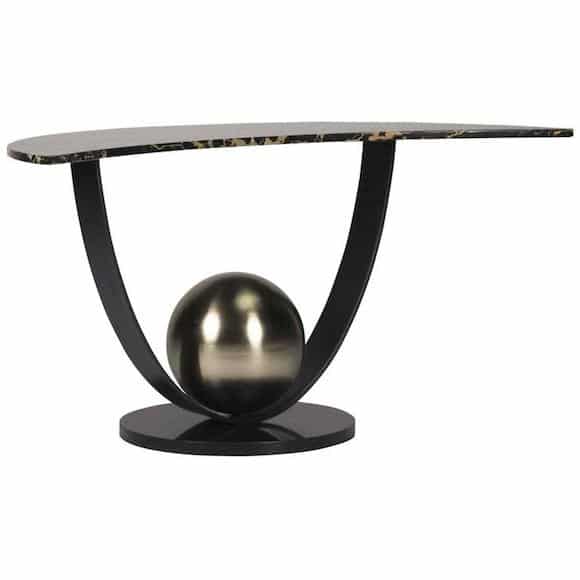 This console is a sleeker, Italian take on the Space Age silhouettes of the two most notorious Eeros (both Fins): Eero Saarinen and Eero Aarnio. Well-suited to minimalist or maximalist tastes, the crescent-shaped Portoro marble top will never wane in elegance. 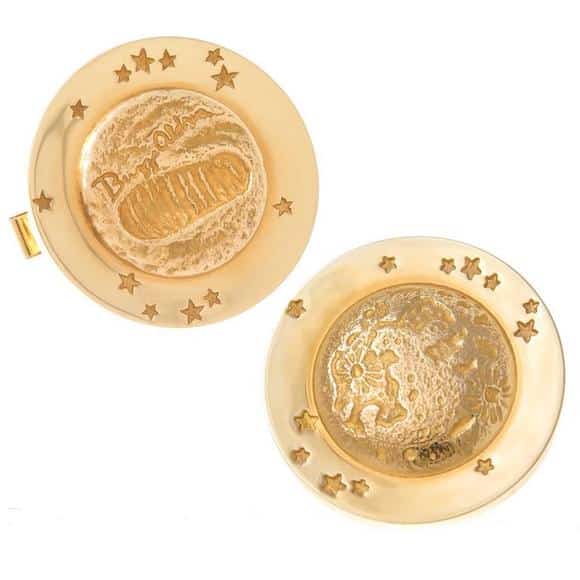 What better way to link the past and present than Buzz Aldrin’s iconic footprint at your wrist? Aldrin famously called the moon “magnificent desolation.” That legacy should pair perfectly with your formalwear aesthetic. 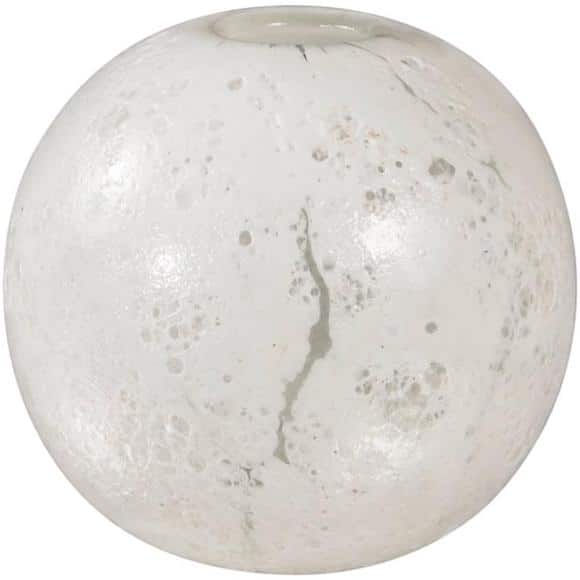 Venetian glass master Franco Deboni brings sky and soil together with this perfectly imperfect vase. Whether filled with a dozen lush roses or muted hydrangeas, it’s the astronomical equivalent to wabi-sabi. Who says nothing grows on the moon? 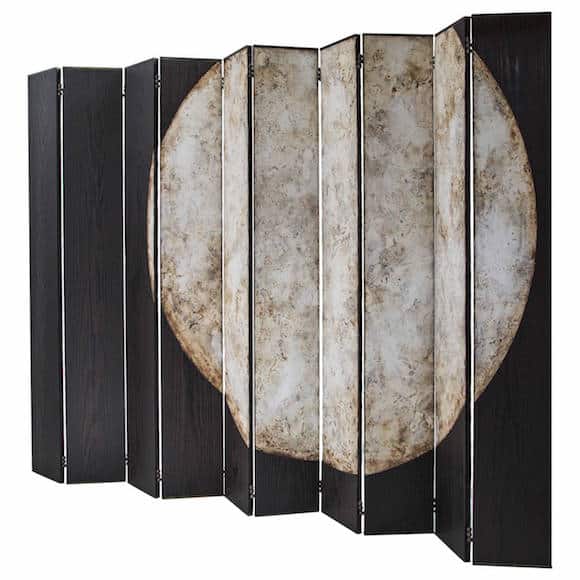 Total eclipse of the art? British creator Tom Palmer has built his practice on the mystical forms of constellations and nebulae. This supermoon screen is the key to squeezing more privacy out of even the tiniest room. It’s enough to make anyone a believer. 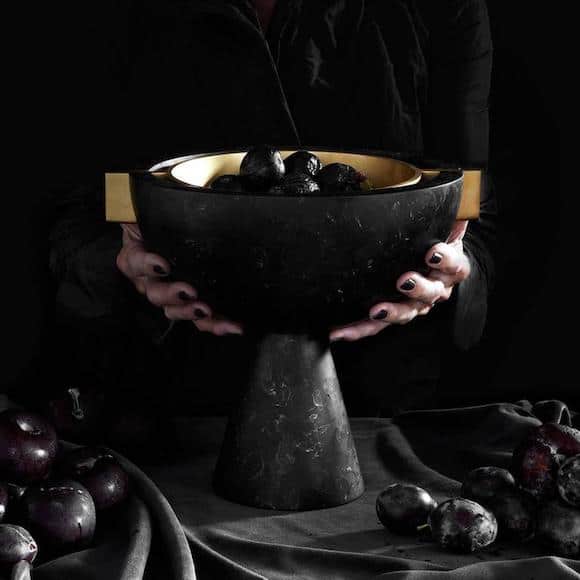 Lest you think the West Coast has a monopoly on all things New Age-y, the designers behind Apparatus have built a cult following from New York. The duo’s mesmerizing brass and marble Neo vessel looks like a Pensieve for all your dark thoughts.