The stone of choice for Napoleon, Princess Diana and Elizabeth Taylor has been a favorite of aristocrats and the well-to-do since the time of the Ancient Greeks. Learn how to shop for the bright blue gem, and why it's chemically impossible for a sapphire to turn red.
by 1stDibs Editors
Pin
Share
Tweet
Email 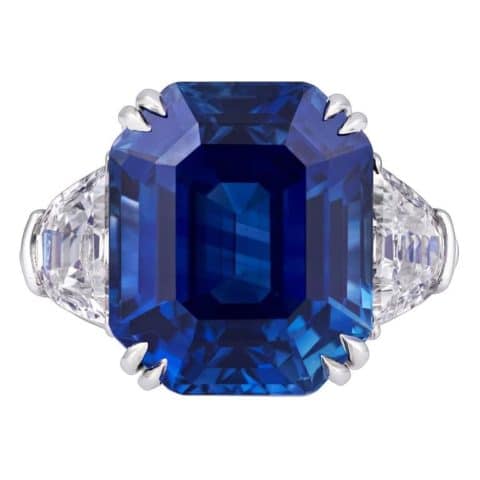 Picture a sapphire. If the stone you conjure is a deep cornflower blue, you’re seeing only part of the picture. Although blue Kashmirs are considered the most valuable, sapphires come in every color except red. No matter the hue, this very special gem is rich in history and beloved by royals (FYI, Princess Diana and Kate Middleton share an 11-carat sapphire engagement ring), so September babies are in very noble company. 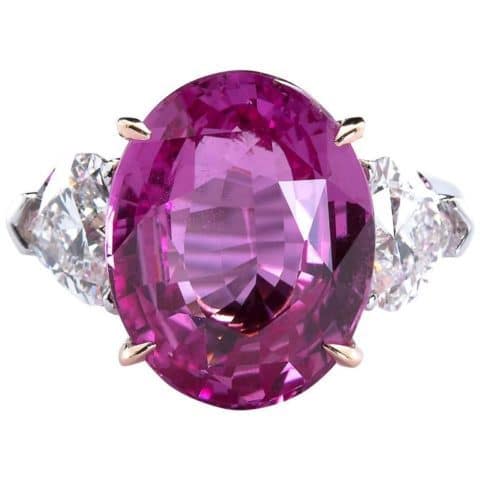 Sapphires are composed of corundum. Their color derives from trace elements, such as iron, titanium, chromium, copper or magnesium. When the trace element produces a ruby hue, the stone is called, what else, a ruby. (which is, as mentioned above, why sapphires cannot be red by definition). They can even be colorless, or white, although examples are very rare, since the corundum from which they are formed has to have been untouched by any other element. Non-blue colored sapphires are referred to as “fancy saphhires” and can be pink, purple, orange, yellow or green. The rarest, and the most valuable, fancy sapphire is the pinkish-orange padparadscha (from the Sinhalese word for “lotus blossom”). Fancy sapphires can be parti-colored, meaning they exhibit more than one color. There are also “color-change” stones, which appear to have a different hue in different lights, going from blue in daylight to violet under an incandescent bulb, or from gray green to pink. Finally, you may also have heard of star sapphires, and yes, they do exist. Asterism, as this effect is known, “arises from white light reflecting from numerous tiny, oriented needle-like inclusions,” according to the Gemological Institute of America (GIA). Such a stone is usually cut as a cabochon and may be any color. 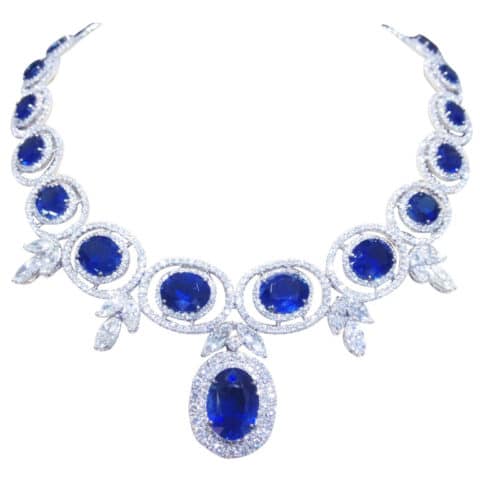 Kashmir is the birthplace of the most famous sapphires. According to the GIA, the stones from this this mountainous region on the India-Pakistan border display a potent combination of a rich, intense blue color and a soft and velvety appearance. Sapphires were discovered in Kashmir accidentally, as the result of a landslide that took place around 1880 in the remote Kudi Valley and exposed a deposit. The villagers mined the blue stones, and traded them for goods like salt. It was not long, however, before the their true worth was recognized, and in 1883, the maharajah of Kashmir took control of the mine. By 1888, this source had been depleted, although it yielded a 933-carat parti-colored sapphire in 1887. Operations moved to a new mine, one hundred meters to the south, but by 1908, harsh weather and meager output had reduced activity here as well.

Today the epicenter of sapphire production has move beyond Kashmir. Sri Lanka is the source of Ceylon sapphires, typically light to medium blue in color. Myanmar Cambodia and Vietnam are also major producers of blue stones. For fancy sapphires, the main sources are Australia, Tanzania, Kenya and Nigeria. In the United States, cornflower blue Yogi sapphires have been mined in Montana. 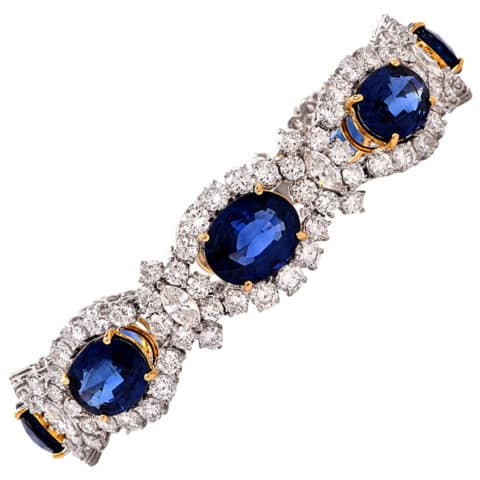 The English word sapphire comes from the Latin sapphirus, which in turn derives from the Greek sappheiros, meaning “blue stone.” Today it is thought that the Greeks were actually referring to lapis lazuli, but nonetheless, the sapphire has a long and aristocratic history.

In 1796, Napoléon Bonaparte proposed to Joséphine, a fashion icon long before Princess Diana, with a two-carat, sapphire and diamond toi et moi engagement ring; in 2013, the ring sold at French auction house Osenat for $949,000. In 1905, on the occasion of her wedding to Prince Gabriel de La Rochefoucauld, Odile de la Chapelle de Jumilhac de Richelieu received as a gift a magnificent pair of cushion-shaped 26.66- and 20.88-carat sapphires; in November 2013, earrings set with the stones sold at Sotheby’s Geneva for $8,358,520. The ecclesiastical rings bestowed by the pope on new cardinals were set with sapphires until the 1960s, when Pope Paul VI switched to plainer gold bands.

America’s version of royalty — old money and celebrities — have also shown a predilection for the blue stones. In 1940, John D. Rockefeller Jr. had Cartier mount a 62-carat sapphire he had bought from an Indian maharajah in a brooch for his first wife, Abby Aldrich Rockefeller; in 2001, the piece sold for a then-record of $3,031,000 at Christie’s New York. The grand dame of jewelry, Elizabeth Taylor had a passion for the gems that her lovers were happy to indulge. Second husband Michael Wilding gave her an engagement ring set with a cabochon sapphire, while Richard Burton famously presented her with a Bulgari sautoir set with diamonds and sapphires, including at its center a cabochon Burmese weighing 52.72 carats. One of the star lots in the sale of Taylor’s jewels at the Christie’s New York in 2011, it sold for $5,906,500.

You don’t have to have blue blood or a bulging bank account, however, to get an eyeful of this much-coveted gem. A number of outstanding examples reside in public collections. The Smithsonian Museum of Natural History owns the 423-carat Logan sapphire, a gift from the Guggenheim family, and the Hall sapphire and diamond necklace, designed by Harry Winston and featuring 36 fine, well-matched cushion-cut Sri Lankan sapphires weighing a combined 195 carats. Also in the collection is the Bismarck sapphire necklace, designed by Cartier and sporting a central sapphire weighing 98.6 carats, which Mona Von Bismarck donated to the museum. 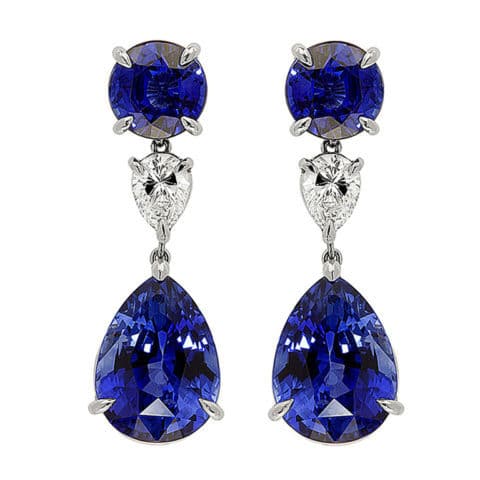 As with other gems, the four Cs are crucial. The most sought-after sapphires are vibrant cornflower blue, although these are rivaled by the rare pink-orange padparadschas. As for clarity, inclusions are common in sapphires — so much so that their absence suggests a fake or treated stone. And, of course, the inclusions that result in asterism can actually add to the value. The most desirable cut is the one that shows to best advantage the particular stone’s individual combination of color, clarity, and brilliance. Finally, since sapphires are relatively dense, a one-carat stone will appear smaller than a diamond of the same weight.