Dallas may be synonymous with oil money and bouffant hair, but in actuality, the Panther City has a refreshingly high-concept approach to fashion and design (it is, after all, home to Neiman Marcus.) For antiques enthusiasts, the Dallas Design District is not to be missed: Once little more than a handful of warehouses, it’s now home to some the edgiest decor shops around and the eighth annual Dallas Art Fair, where prominent national and international art dealers and galleries exhibit painting, sculpture, works on paper and more from April 15 through April 17. While you’re in town, make time to swing by the shops listed below. 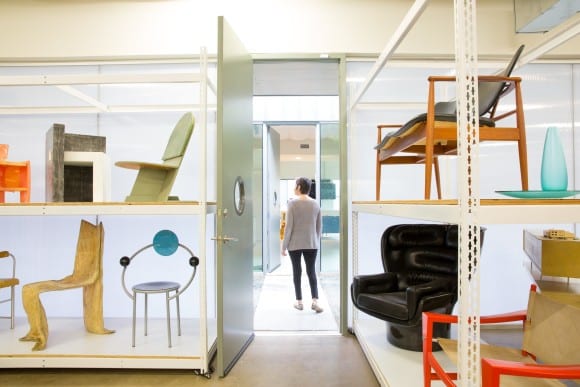 You’d think a guy born in Copenhagen would know all there is to know about Scandinavian modernism — but not Wlodek Malowanczyk. Despite growing up in Copenhagen, he didn’t learn of the pivotal movement until well into adulthood. Malowanczyk clearly recalls that life-changing moment: “I was at an auction and saw these modern chairs sell for more money than a set of 150-year-old chairs,” he says with a laugh. “Then the interest started to grow, and I learned Denmark, Sweden and Finland were leading forces in Scandinavian design.” For 24 years, Malowanczyk and his wife, Abby, have sold a carefully edted selection of mid-century modern pieces from Scandi legends like Hans Wegner, Finn Juhl, Verner Pantom, Jens Risom and others.

Malowanczyk’s favorite listings: “A rare outdoor light from 1961 designed by Philip Johnson for the Amon Carter Museum in Fort Worth,” Malowanczyk says. “It never went into production.” Another favorite: “A 1946 settee by Finn Juhl. It’s an incredible example of his freeform designs that revolutionized Scandinavian design.”

While you’re here: Visit the eighth annual Dallas Art Fair, where prominent national and international art dealers and galleries will exhibit painting, sculpture, works on paper and more from April 15 through April 17. “It is very recognized in the art world,” Malowanczyk says. 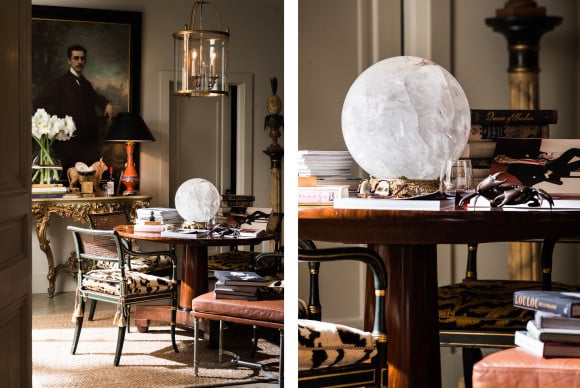 This 54-year-old antiques emporium on Slocum Street is perpeturally jam-packed with fantastic European decor: contemporary cocktail tables from France, a set of four rare Bagues sconces from the 1930s and neoclassical mahogany commodes. Donald Embree founded his eponymous shop in 1961, and Marc Lake joined him in the early ‘90s, when he was barely 20. Last year, Lake completed renovations to the store — left to him by his late best friend — building a small apartment for himself and his two dogs upstairs. The showroom got a facelift as well, with a massive skylight, raised ceilings and reconfigured front windows. “We’re kind of an old-fashioned fully stocked dealer,” Lake says of the inventory. “I try to always interior designers in mind when I’m shopping. I tend not to buy little collectible things but things that designers will place in really nice interiors.”

Lake’s favorite listing: A surprisingly playful pair of steel-and-brass lamps from Maison Charles, made in the ‘60s. “Their bases look like corn husks, and they have the original metal shades with gold trim,” Lake notes. “They still make that type of thing, but the old ones have better quality.” 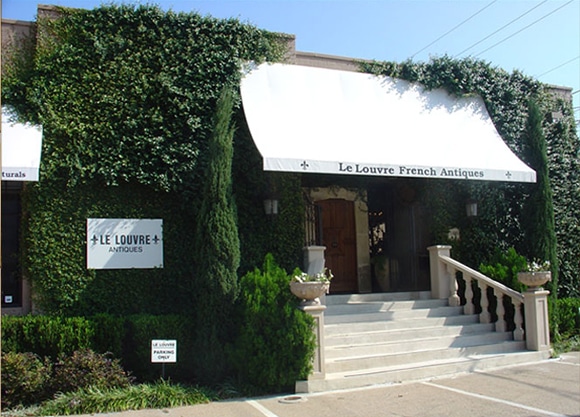 Le Louvre French Antiques is a must-visit for Francophiles in Dallas. Founded by Annick McNally 33 years ago, the small store made a name for itself importing antique chairs, trunks and tables from her home country. Years later, her large Design District warehouse is the area’s go-to for quirky and hard-to-find architectural pieces such as antique doors, fireplace mantels and hard-carved limestone fountains. “We try to bring in a variety of European antiques dating from the 1500s to the twentieth century,” says Annick’s son, Patrick, by email. “However, at the heart of it, we still specialize in mostly French pieces . . . On any given day, you can expect to find well preserved French or Belgian tapestries, a variety of waxed eighteenth-century furnishings, stone pieces, carved Italian marbles, sculptures and large dining tables.”

Favorite listings: “If forced to pick two, it would be our rare pair of wooden Rococo gates and our beautiful 18th-century walnut buffet deux corps,” Patrick writes. “We’ve never seen anything like these gates, so they are extremely unusual and would be wonderful as a room divider. As for the walnut wood buffet deux corps, it has an elegant curved form, a nice, deep patina and five sets of hinges flanking its imposing ten-and-a-half-foot height. It really is a stunning piece and remains in excellent condition.”

While you’re here: “The once-neglected downtown is only a mile away and is now full of life and has a few nice parks and museums,” says Patrick. “It might also be worthwhile to take a drive through the historic Oak Cliff neighborhoods, where you can see large old homes and interesting topography.” 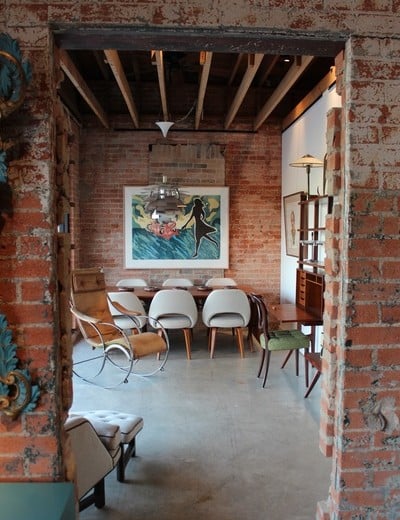 Favorite listing: A five-paneled screen from the 1940s by Max Kuehne. “His work is rare to begin with, but the scale of this is pretty impressive,” says Thurman. 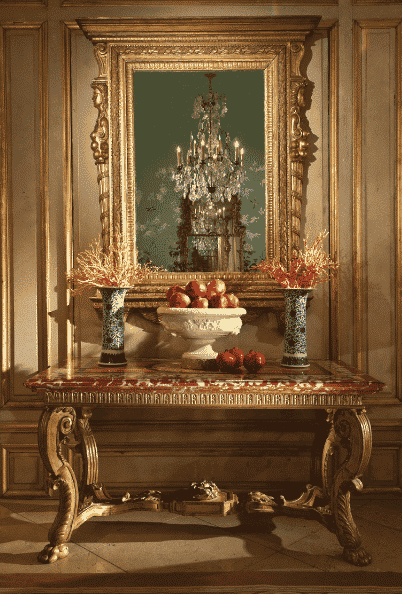 “Our name is very misleading,” admits John Bray of East and Orient Company. “We opened dealing only in Asian things,” but when owner and founder Elizabeth Gertz realized the “market for that was a bit soft in this region, eventually we moved into English and French and Italian.” Though they don’t specialize in contemporary decor, “we make room for those types of settings when we merchandise,” Bray says. Later he adds, we specialize in pieces that are bought for contemporary houses “to give them some warmth. They’ll incorporate, say, a Chinese chest or an Italian bookcase or Anglo-Indian things.”

Favorite listing: A circa-1910 Chinese Chippendale-style vitrine with a stunning pagoda-shaped top. “It came from a great house in Michigan and was one of a pair made in London,” Bray says.

While you’re here: “The Dallas Arboretum and Botanical Garden is just spectacular,” says Bray. “Spring has sprung early this year, and that’s a phenomenal thing to see.” He also gets a kick out of people watching. “It’s not just all Texans anymore,” he says, laughing.