Anna Sadowska is a Polish graphic artist, illustrator and academic teacher born in 1971. In 1994–98, she studied at the Faculty of Graphic Arts of the Academy of Fine Arts in Cracow, where she graduated with honors at prof. Andrzej Pietsch's atelier. In 2015, she received her doctorate. Sadowska belongs to the International Print Triennial Society in Cracow, the Association of Polish Artists and Designers (ZPAP), and the Group 13 (Grupa 13). She also teaches at the Faculty of Arts of the Pedagogical University in Cracow. In addition to realizations in traditional graphic and drawing techniques, Sadowska works with a digital graphic design and illustrating so far she has designed more than 150 book covers. Sadowska's artworks have been exhibited in numerous solo exhibitions in the country (including the display at the National Museum in Kraków) and abroad (Hungary, Bulgaria, France, Sweden) and over one hundred group exhibitions (Poland, Italy Germany, Denmark, France, Greece, Spain, Portugal, Hungary, Romania, Macedonia, Bulgaria, Serbia, Slovakia, Slovenia, Bosnia and Herzegovina, the United States, Korea, China). She has won numerous awards and distinctions, including the Scholarship of the Minister of Culture and Art in 2008, the Grand Prix for the Graphic Work of the Year awarded by the ZPAP in 2007, or the Award of the Rector of the Poznan Academy of Fine Arts at First National Biennial of Graphic Design Student in Poznan in 1999.

(Biography provided by Galeria Katarzyna Napiorkowska)
Applied Filters3 results
Artist:Anna Sadowska
to
Item Location
3
Height
to
Width
to
3
3
3
10,790
2,536
2,470
1,906
3
Trial, the other one- XX Century, Contemporary Abstract Print, Geometric
By Anna Sadowska
Located in Warsaw, PL
ANNA SADOWSKA (b. 1971) Polish graphic artist, illustrator and academic teacher. In 1994-98 she studied at the Faculty of Graphic Arts of the Academy of Fine Arts in Cracow, where sh...
Category 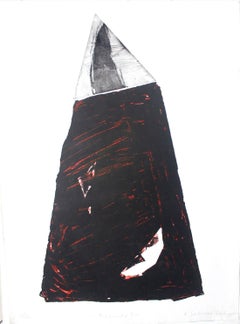 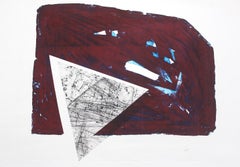