Carol Gold was born in Hartford, Connecticut in 1937 and grew up on a dairy farm in western Massachusetts. Between 1956–60, she studied art at Cornell University, Boston University and the Museum School in Boston, but it wasn't until 14 years later when her children were old enough for her to return to sculpting full time, that her work began to develop and change. Bronze casting techniques learned at the College of Marin in 1977 and 1978 enabled Carol to build her foundry, outside of San Francisco, California, which she operated for 12 years. For the past 20 years, Carol's work has been widely exhibited in the US and Canada. Her sculpture has received numerous awards at national exhibitions including the National Sculpture Society and the North American Sculpture Exhibition, as well as receiving public art commissions, including the Bakersfield City Center Project in Bakersfield, California; the Clinton Presidential Library in Little Rock, Arkansas; the Entry to the City of Bellflower, CA; Paramount, CA; and Pittsfield, MA. 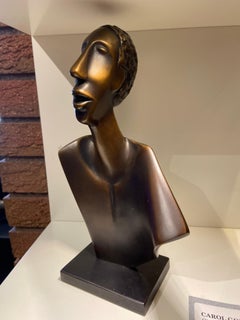 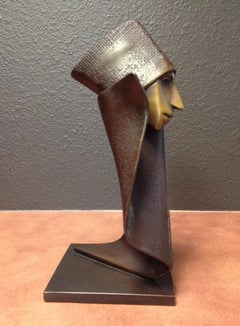 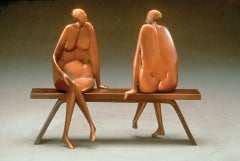 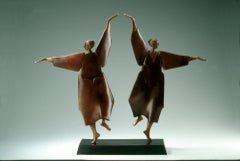 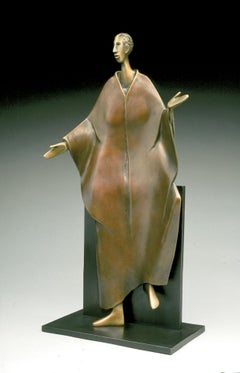 Previously Available Items
Passing
By Carol Gold
Located in Loveland, CO
"Passing" Bronze figures by Carol Gold 10x6.5x5x.5" ed/10 A man and woman walking - about to pass the other, glance towards the other as they pass #8 is currently available on the s...
Category

H 10 in. W 6.5 in. D 5.5 in.
Futbol
By Carol Gold
Located in Loveland, CO
Abstract Figurative Bronze male nude soccer player. ABOUT THE ARTIST: Carol Gold was born in Hartford, Connecticut and grew up on a dairy farm in western Massachusetts. Between 195...
Category