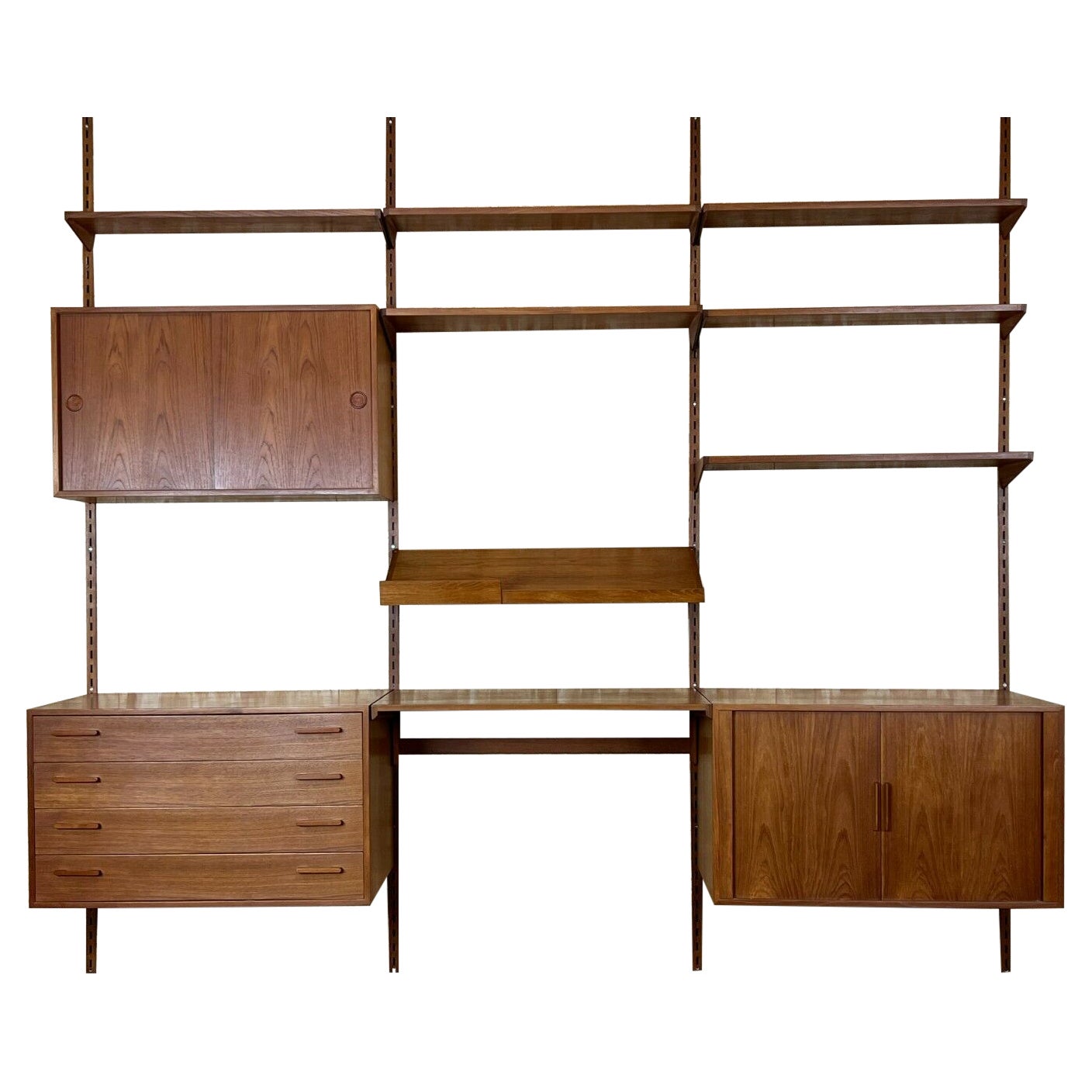 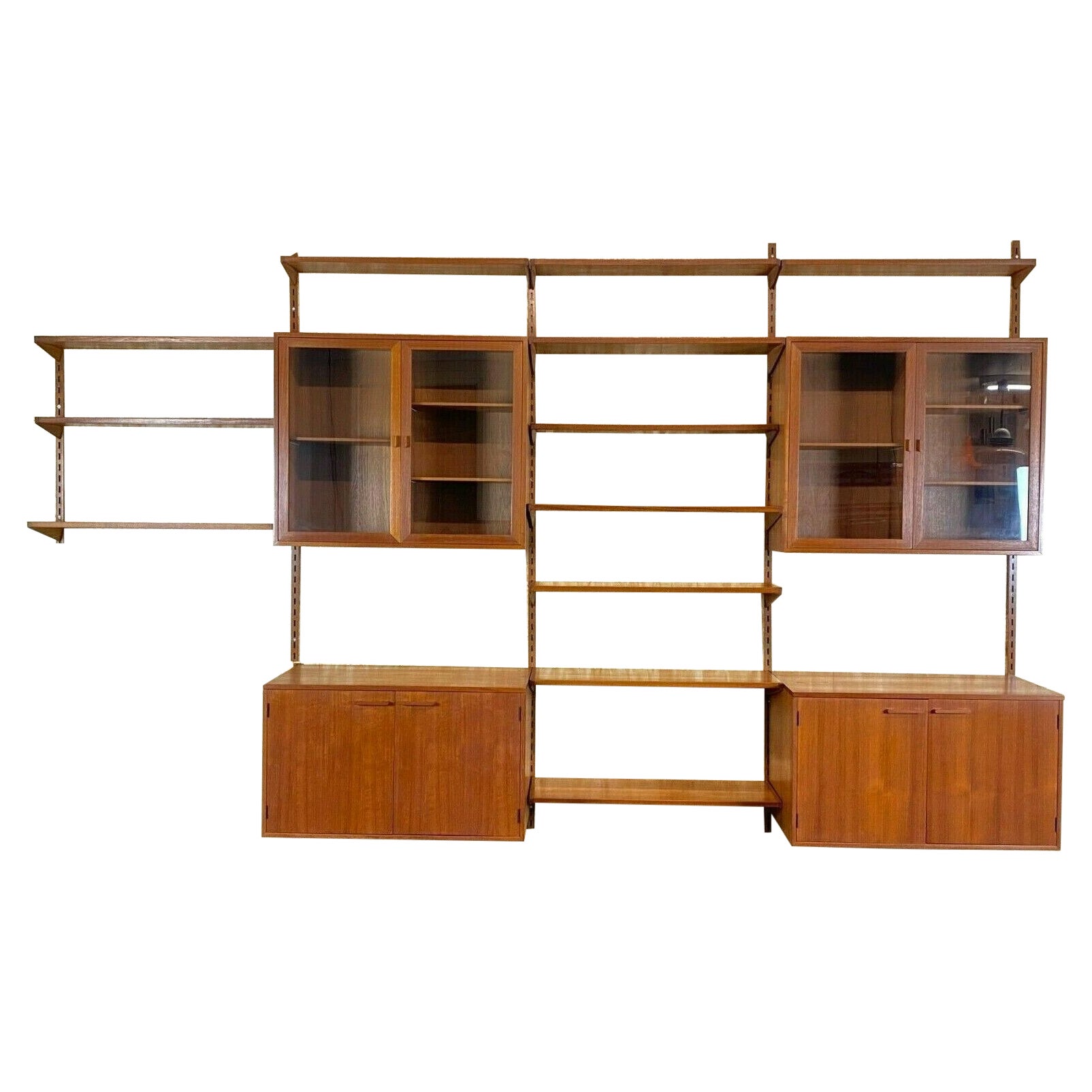 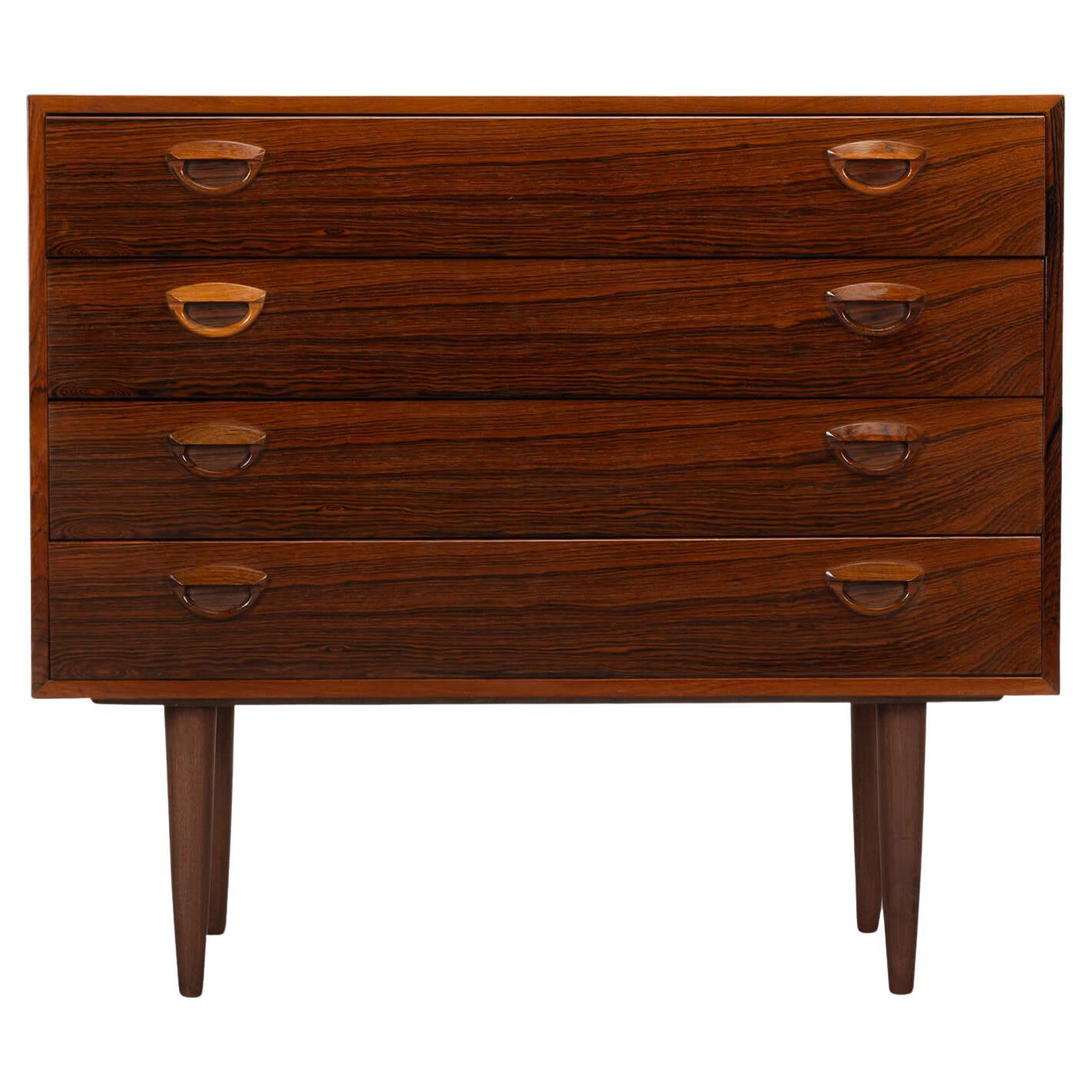 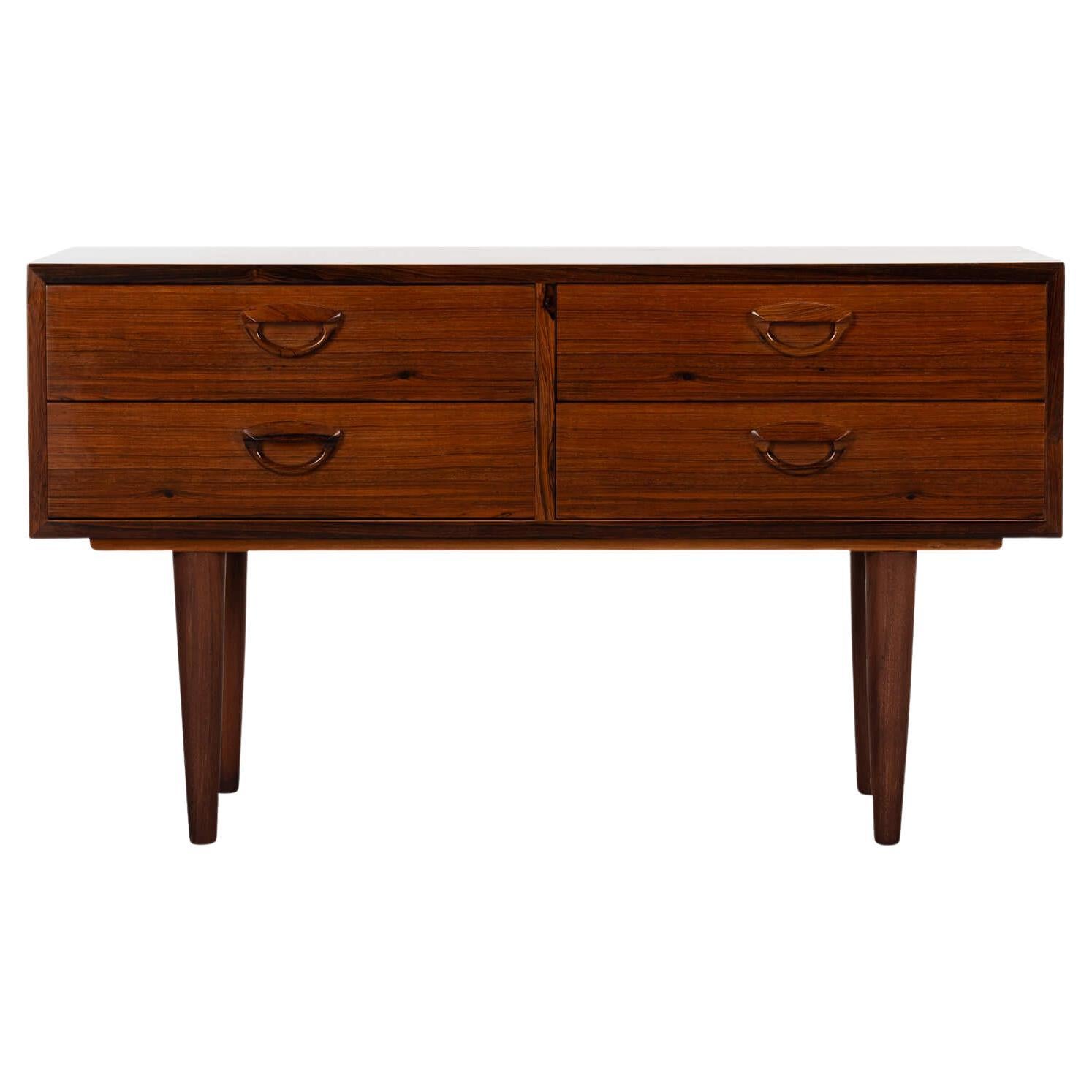 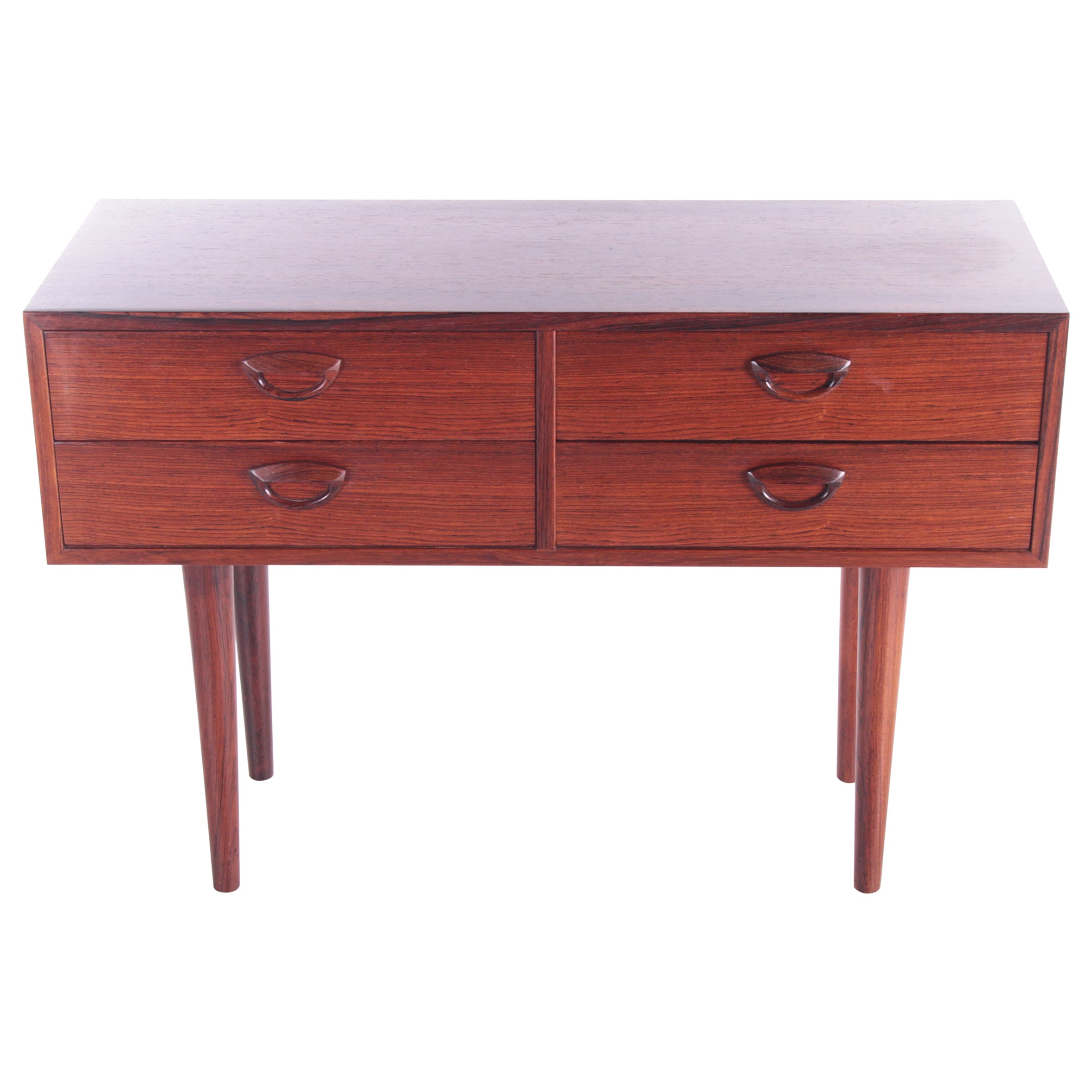 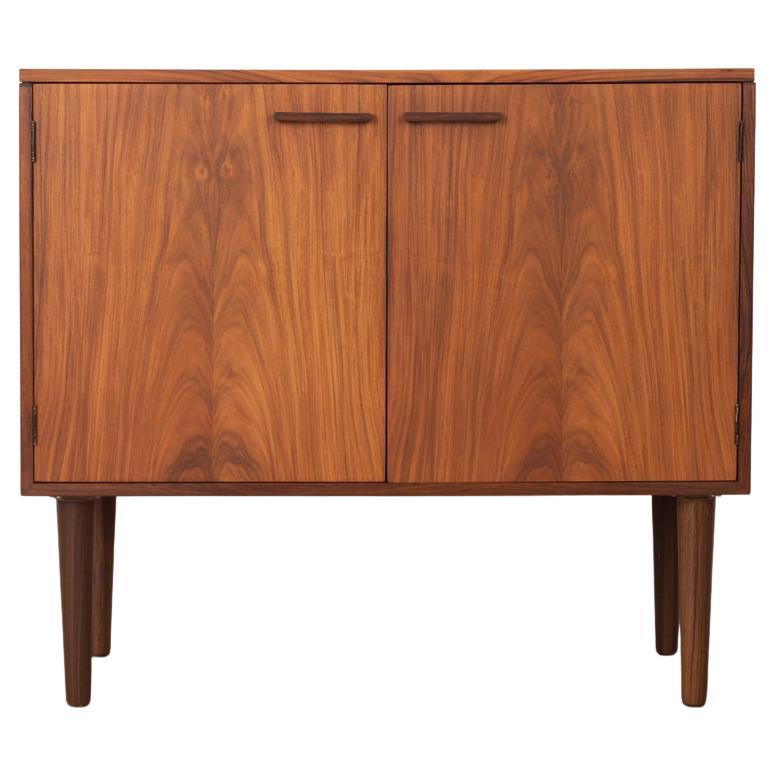 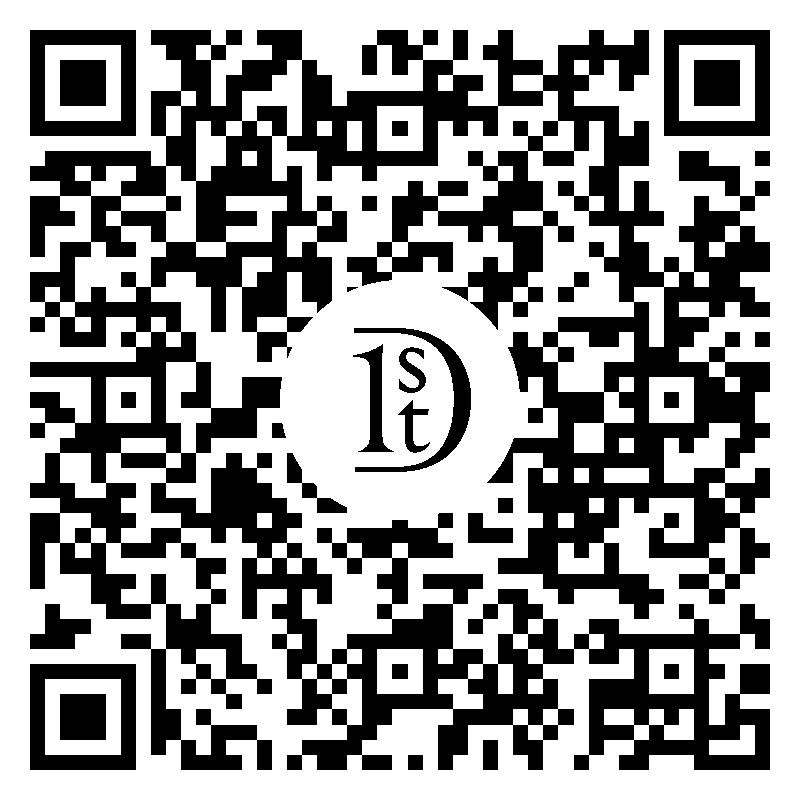 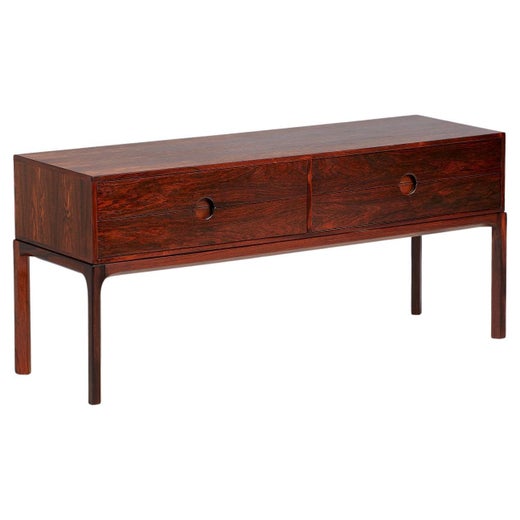 With a passion for math and engineering, Kai Kristiansen has created high-quality wood furniture for decades. Beginning in the 1950s, his chairs, modular shelving and other furnishings were made in the style that would become internationally renowned as Danish modern and boasted clean lines, perfected functionality and exacting craftsmanship.

Born in Denmark, Kristiansen trained in cabinetmaking before studying with Kaare Klint, often cited as the “father of modern Danish design,” at the Royal Danish Academy of Fine Arts in Copenhagen. At just 26 years old, Kristiansen opened his own studio.

Kristiansen had his mid-century breakthrough in 1956 with the Chair #42, which he made with Schou Andersen. Unlike most other chairs at the time, Chair #42’s armrests, with their wealth of radical angles, were connected to the back rather than the front legs. This unconventional flourish makes the backrest appear as though it is floating in midair above the seat. Kristiansen’s next innovation was a modular wall system in 1957 — three years ahead of Dieter Rams’s more famous 606 Universal Shelving System. Called the Reolsystem Wall Unit, produced by SB Feldballes Møbelfabrik, it’s also known as the FM Wall Unit as FM/Fornem Møbelkunst began producing it in the 1960s. Kristiansen would go on to work with other leading Danish furniture manufacturers such as Magnus Olesen, Fritz Hansen and Vildbjerg Møbelfabrik, designing everything from chairs and desks to sideboards and cabinets, frequently in rosewood and teak. (The latter was a sought-after wood by Scandinavian modern designers.)

While many of Kristiansen’s timeless designs remain in production, such as his Paper Knife sofa, which was reintroduced by Miyazaki Chair Factory in 2008, and his 1950s Entré collection, which was relaunched with Great Dane Furniture in 2016, others are prized as vintage mid-century pieces. Today, Kristiansen is still at work on new furniture with an expert eye to thoughtfully functional designs that are made to last.

Find a collection of vintage Kai Kristiansen furniture on 1stDibs.

1stDibs Buyer Protection Guaranteed
If your item arrives not as described, we’ll work with you and the seller to make it right. Learn More
About the Seller
5.0
Located in Neuss, Germany
Vetted Seller
These experienced sellers undergo a comprehensive evaluation by our team of in-house experts.
1stDibs seller since 2022
12 sales on 1stDibs
Typical response time: 14 hours
More From This SellerView All
People Also Browsed
You May Also Like